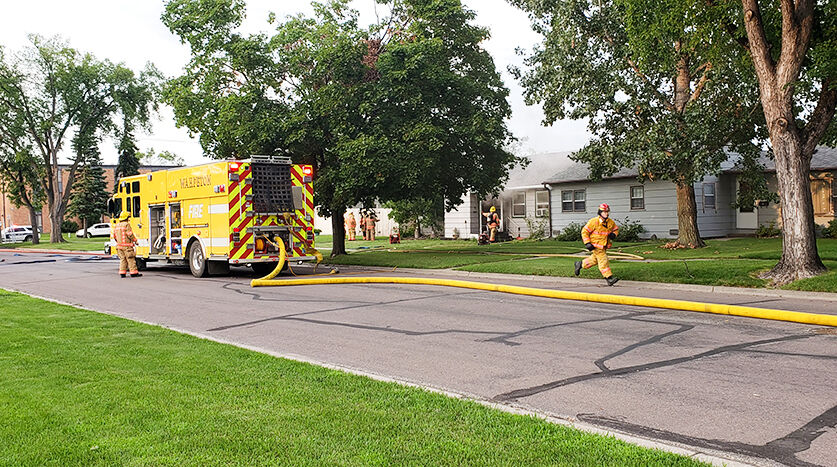 Firefighters rush to get equipment set up at a house fire in Wahpeton Sunday evening. 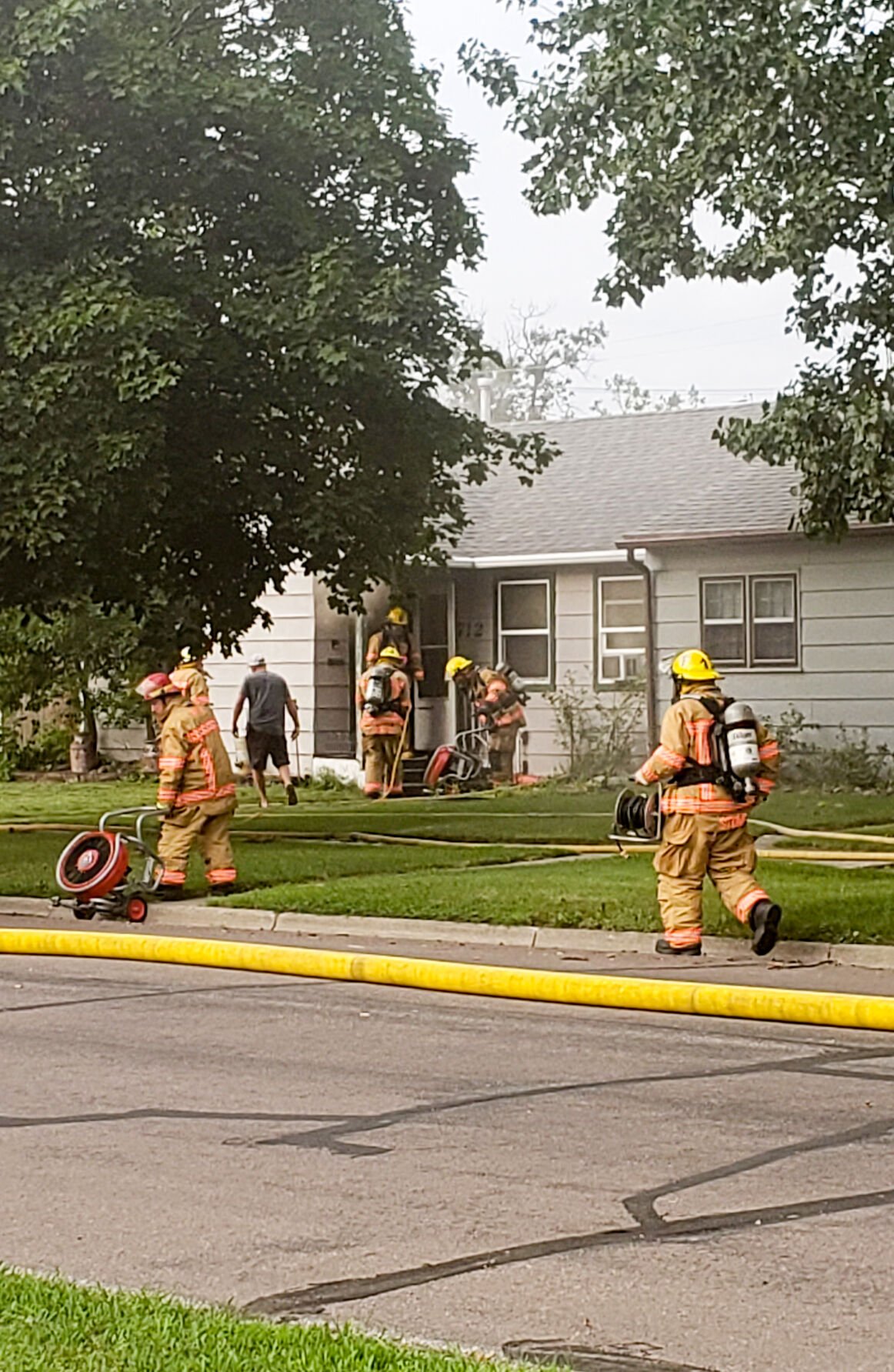 A fire was reported at 712 7th St. N. in Wahpeton Sunday evening, as smoke was observed coming out the front windows.

Firefighters rush to get equipment set up at a house fire in Wahpeton Sunday evening.

A fire was reported at 712 7th St. N. in Wahpeton Sunday evening, as smoke was observed coming out the front windows.

Flames were visible in the kitchen when firefighters arrived on the scene at approximately 7:34 p.m. Aug. 9. There were no occupants inside at the time. The flames were quickly doused, within approximately five minutes, and smoke could be seen coming from the front door.

The fire was an electrical fire, Wahpeton Fire Chief Dale Rubish said Monday, Aug. 10. It began in the house's kitchen.

"There was major damage to the house," Lambrecht said.

Also responding were Wahpeton Police Department and Richland County Sheriff's Office, who blocked off the streets to traffic.