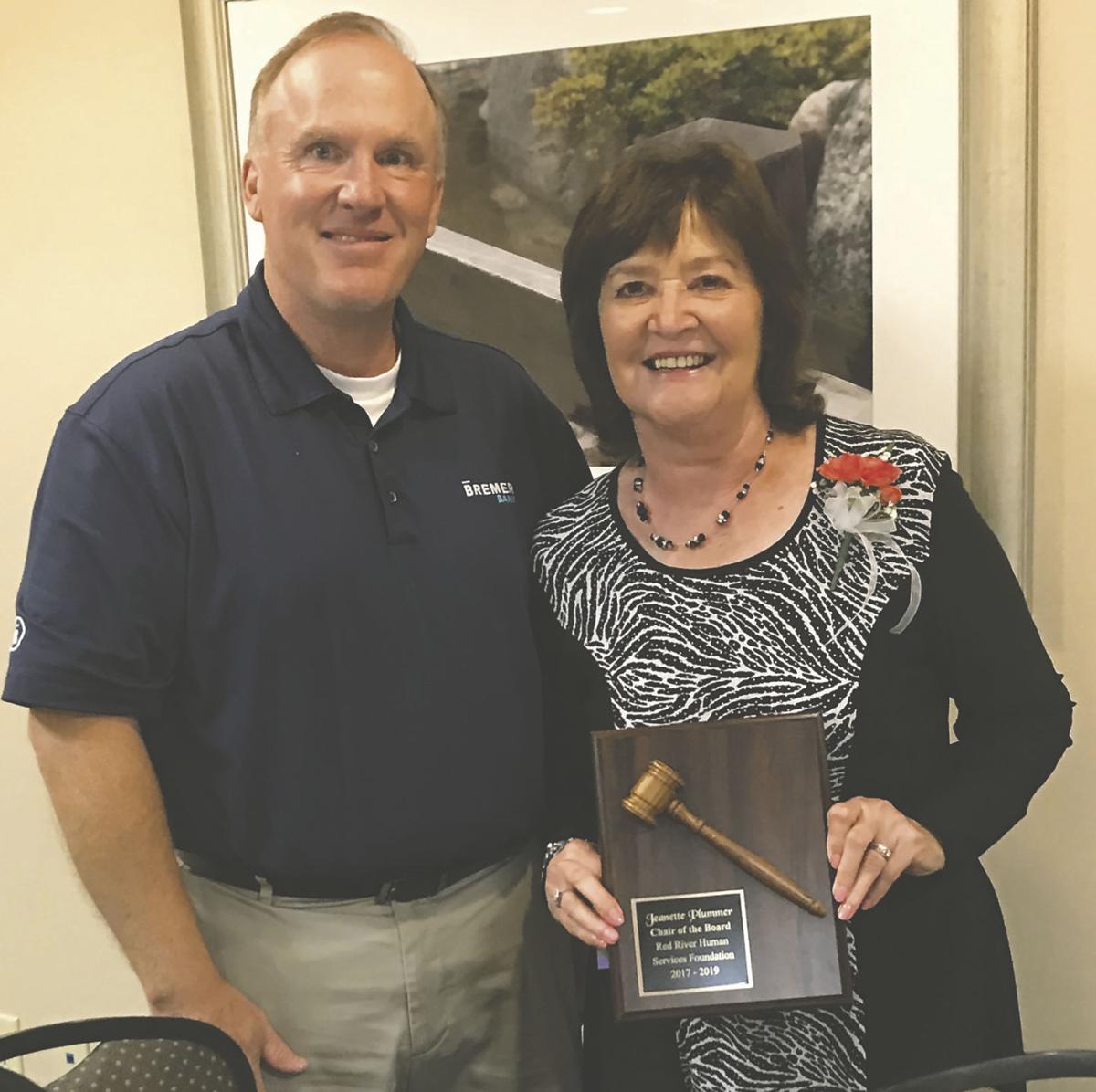 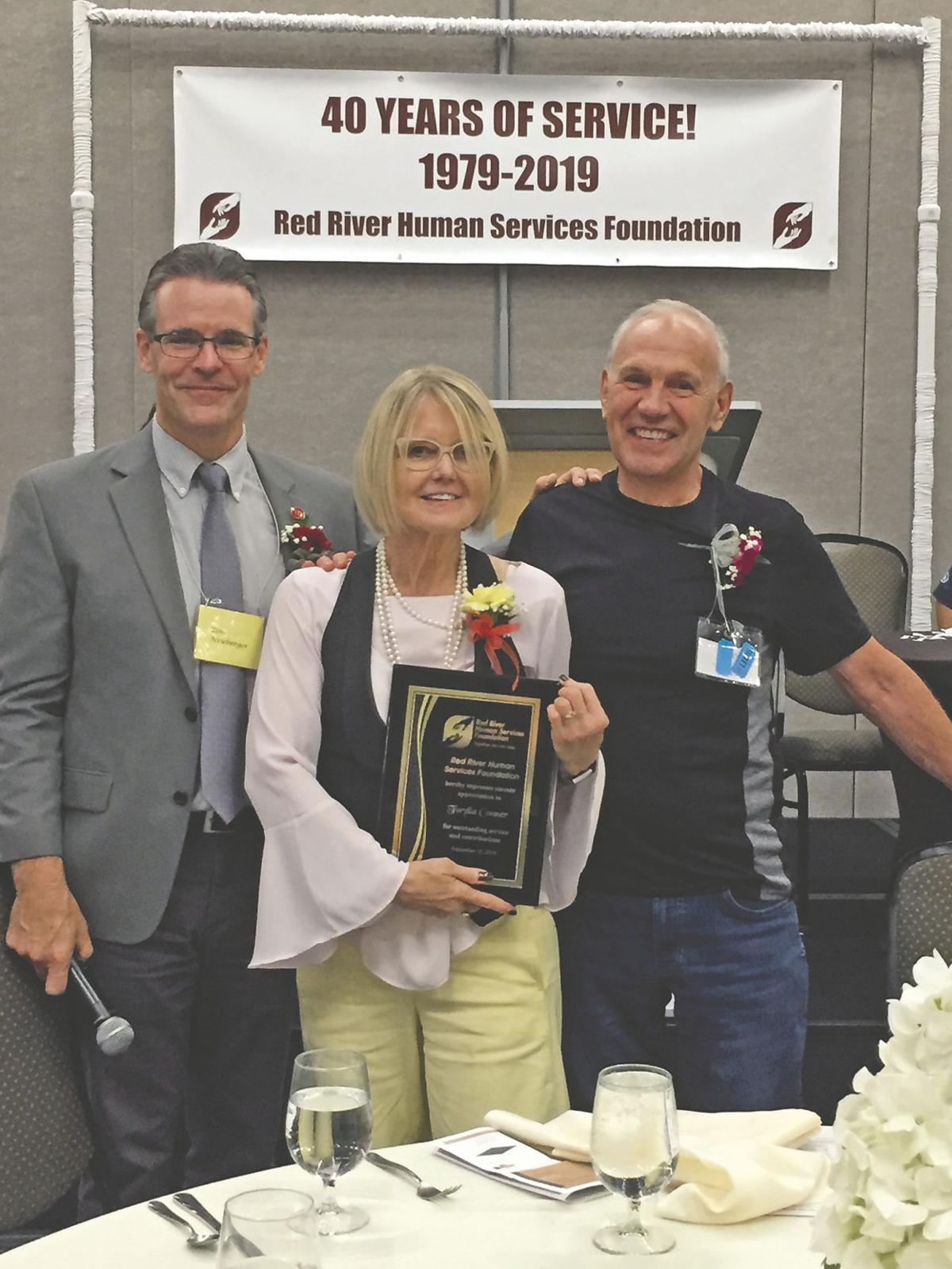 Tom Newberger, CEO of Red River Human Services, Twylla Connor and her husband Denny Connor. Twylla was recognized for her many years as a foundation supporter.

Tom Newberger, CEO of Red River Human Services, Twylla Connor and her husband Denny Connor. Twylla was recognized for her many years as a foundation supporter.

Red River Human Services Foundation celebrated their 40th anniversary at their annual corporate meeting on Sept. 18. Outgoing Chairman of the Board Jeanette Plummer, Wahpeton, was recognized for her service. As the chair from 2017-2019, Plummer never missed a board meeting.

Foundation supporter Twylla Connor was honored for her service to the foundation and its mission. As Executive Assistant, Connor was known for her organizational and communication skills, and helping others to get what they needed to complete their work. She often anticipated what was needed and had it done before it was requested.