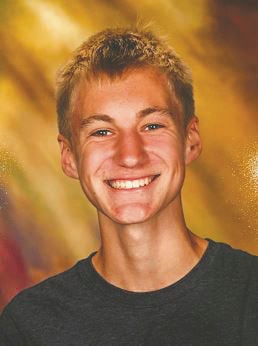 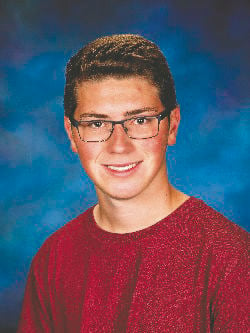 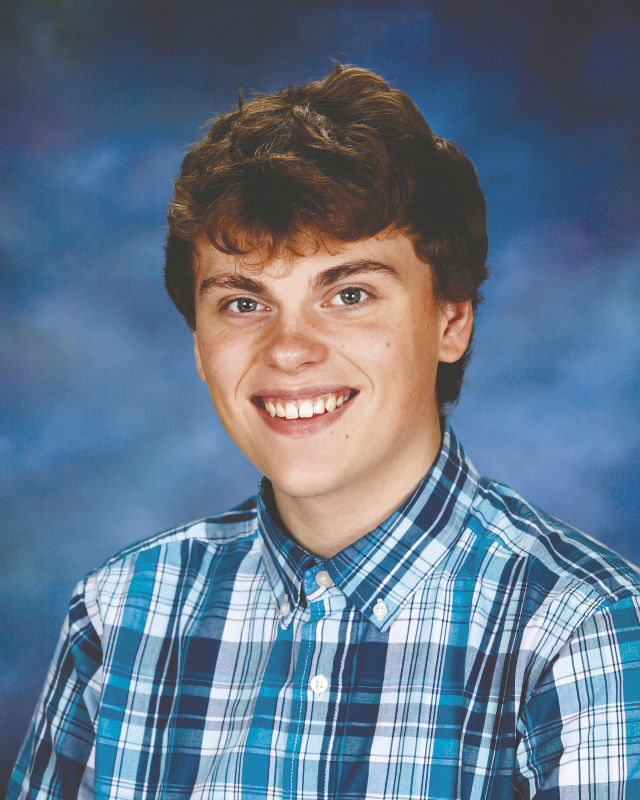 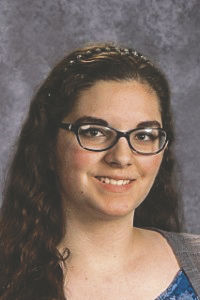 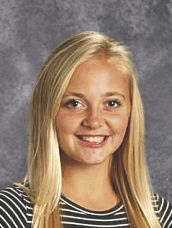 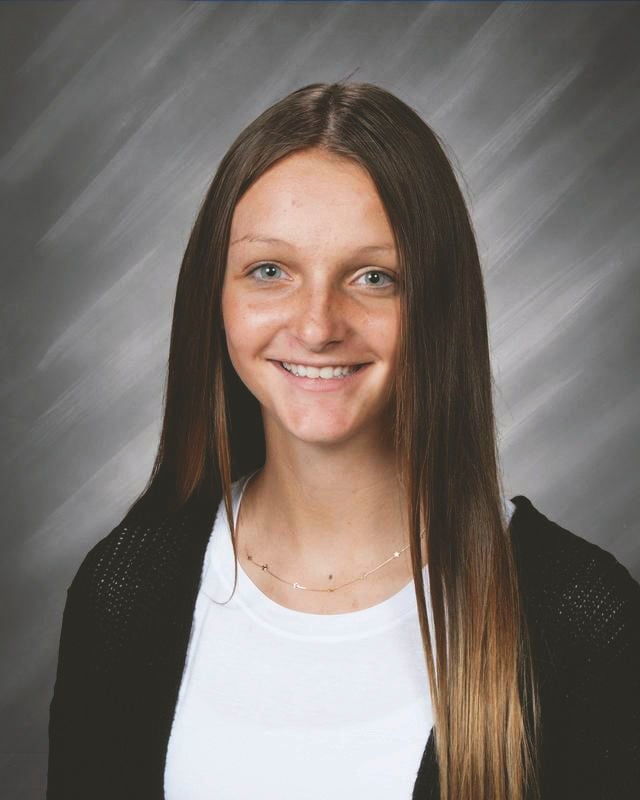 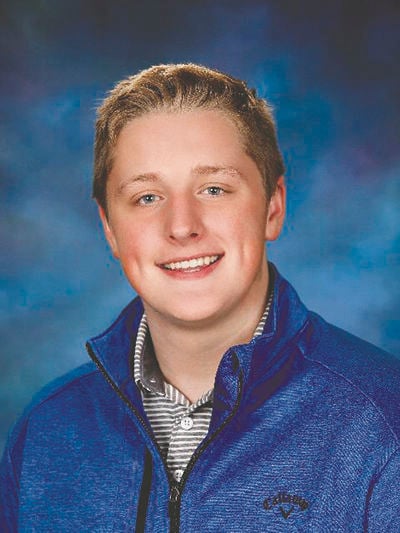 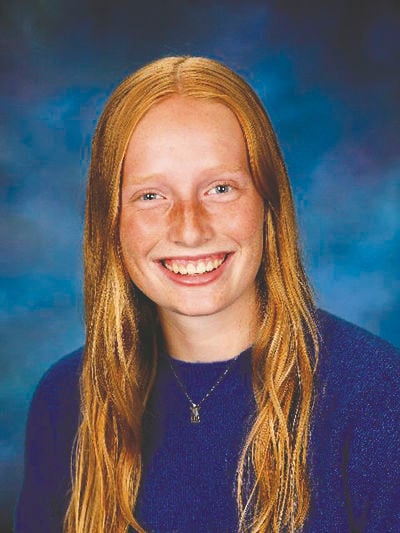 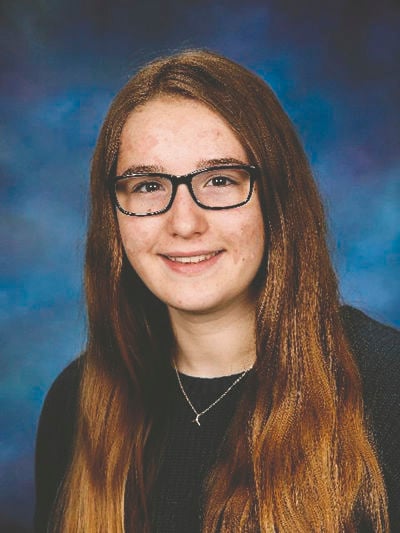 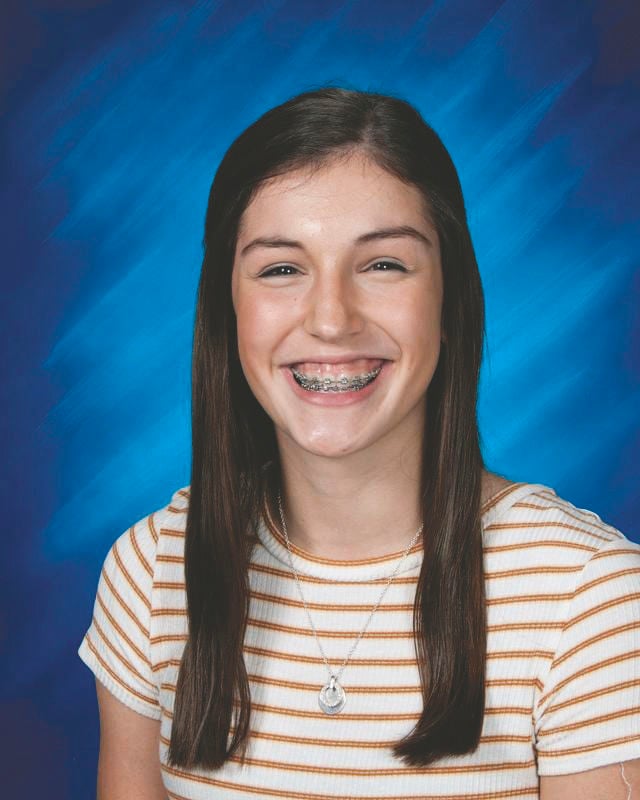 Andrew Hansen is the son of Mike and Jane Hansen. His awards and accomplishments include Student of Excellence award, AMC Math award and being an Honor Student. He is involved with Cross Country, track, DECA and Knowledge Bowl. He plans on attending college to major in accounting.

Austin Erickson is the son of Chad and Christie Erickson. His awards and accomplishments include testifying to the Minnesota Senate Education Committee about a bill to provide reciprocity between North Dakota State College of Science and Breckenridge High School. The bill later passed and allows students to take classes at the college for reduced tuition.

Caleb Kleveland is the son of Kenny and Jen Kleveland. His awards and accomplishments include being an Honor Roll student, class treasurer and in the top three of his class. He’s involved in drama, choir, works, volunteers and Explore America. He plans to attend NDSU to major in psychoanalytic criminology.

Drew Frolek is the daughter of Aaron and Tonia Frolek. Her awards and accomplishments include Scholastic Award, five-time all-state in track and field, five-time all-state cross country, all region basketball 2018, all region drama 2018, all region speech three times, FBLA and student council vice president and having a published article in “New Earth” magazine. The activities she’s involved in include cross country, track and field, basketball, band/pep band, HOSA, FBLA, student council, River Watch team, CYO, drama and speech. Her future plans are to attend UND or NDSU for a nursing major and Spanish major.

Emilie Lisby is an exchange student living with Richard and Dawn Pehl. Her awards and accomplishments include two gold medals in swimming, various running competitions and one of the top students in her high school class in Denmark. She’s involved in cross country, cheerleading, choir, basketball and track. She plans to attend business school and law school.

Kiah Klein is the daughter of Darin and Lynette Klein. Her awards and accomplishments include state music contest stars for flute, two-time winner of Spirit award in gymnastics, state gymnastics participant, drama freshman to watch and Shining Star award.

She’s involved in drama, choir, band, gymnastics and cheerleading. She is undecided on a college and major after high school and is interested in the areas of literature, medicine and mechanics.