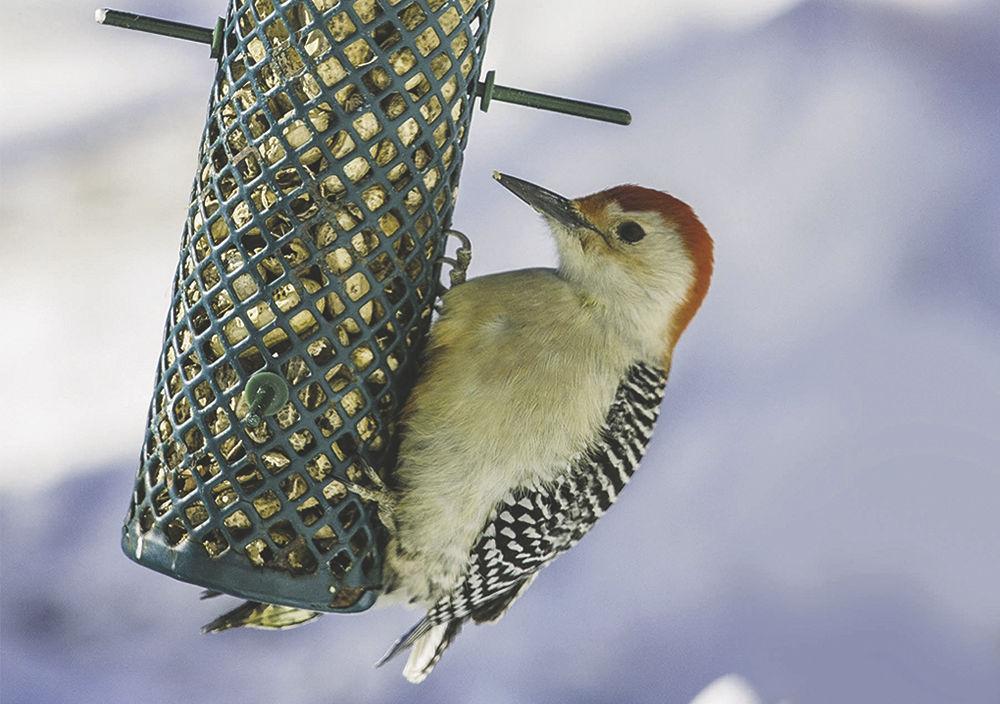 YOUR PHOTOS: Send in your photos of winter activities and wildlife 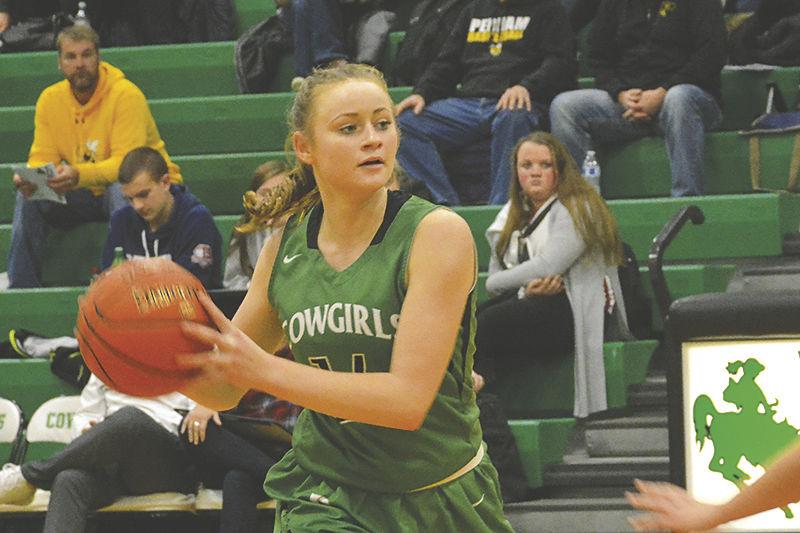 UPDATE: Following the publication of this article, community members have identified the former Rev. Martin Cullen as having served St. John's Church and the Newman Center, Wahpeton.

The Diocese of Fargo, whose affiliated Catholic parishes include St. John’s in Wahpeton, has released a list of 31 clergy and religious members accused of sexually abusing minors.

Named individuals, according to the diocese, have had substantiated allegations of sexual abuse. The list includes both ordained and non-ordained individuals, all male. Bishop John Folda, Diocese of Fargo, stated that the diocese’s files from 1950 onward were reviewed.

“I first ask forgiveness for the shameful acts of those clergy and religious who caused harm to young people and abused the trust placed in them,” Bishop Folda stated. “No excuse can be made for these actions, and I know this release of names cannot fully address the pain of victims of abuse.”

More than 1,000 files were used for a review and audit, the diocese stated. The list includes individuals involved in completed investigations. It will be updated if additional information is discovered, according to the diocese.

The individuals are as follows:

• Allan Storey, a deacon, ordained, 1988, removed from ministry and clergy

• Steven Dougherty, ordained 2003, Society of Our Lady of the Most Holy Trinity (SOLT), removed from ministry and received a criminal conviction

No member of the clergy with a substantiated allegation of minor abuse is currently in ministry in the Diocese of Fargo, Bishop Folda stated.

“Sexual abuse of any kind, especially of a minor, is intolerable and incompatible with ministry in the church,” he continued.

The Diocese of Fargo’s website provides information about how to report ministry-related sexual misconduct.

“We will continue to follow all civil laws regarding the reporting of suspected abuse of a minor,” Folda stated. “We will also remain committed to offering assistance to all victims of sexual abuse by clergy, and I encourage victims to come forward so that we might offer our support.”

Bishop Folda’s statement, the list of individuals and a collection of frequently asked questions and answers is expected to be the only information released by the Diocese of Fargo.

“The diocese will not be making any other statements or be answering questions,” Director of Communications Paul Braun said.

A representative of St. John’s was unavailable for comment Thursday, Jan. 2.

The Daily News sifted through the National Weather Service (NWS) Grand Forks 2019 Weather and Climate Review to provide you with this past year’s weather talking points. This photo was taken in Wahpeton, North Dakota, along 6th Street South during this past weekends winter storm.

Living in the midwest, chances are the topic of weather comes up in nearly all conversations. The Daily News sifted through the National Weather Service (NWS) Grand Forks 2019 Weather and Climate Review to provide you with this past year’s weather talking points.

This end of the year newsletter was released on Jan. 1, 2019 and contains preliminary information. The statistics provided are used from weather gathered at the Fargo airport.

• According to the report, nine out of 12 months were below normal with February being significantly colder than years prior. However, there were no months of the year that broke the top 10 warmest or coldest months on record.

• The year 2019 turned out to have the coolest yearly average of temperatures in the past 10 years. However, it is not regarded to be in the top 10 for the coolest years ever for the area.

“Temperatures weren’t too much apart from normal. Nothing remarkably cold, but one to two degrees below normal for the annual temperature on average,” Meteorologist Technician of NWS Grand Forks Bill Barrett said.

• The year is regarded to be the second wettest year of the last 10 years.

Snowfall• The most snowfall of the year occurred on March 9 with 9 inches, setting a new daily record for the area.

• The most snowfall that occurred in a single month was February with 21.4 inches. December came in second with a total of 20.4 inches of total snowfall.

• Considering the snow season crosses years, there is no true yearly calendar statistic.

“A lot of moisture for the year. (Precipitation) was probably the most notable of this year. Up and down the Red River Valley we had several heavy rain events. We had high snow events both at the beginning and the end of the year,” Barrett said.

In 2019, the months of January, February and March brought six wind chill warnings with extreme cold to the area. The average over the past ten years has been 3.6 per year. 2019 nearly doubled this average.

Eight blizzards occurred across the area. The average over ten years beginning in 2010 is 4.4 blizzards. After the years 2019 and 2018, 2019 nearly doubled that average.

According to the report, it is difficult to get blizzard conditions in the treed areas of Minnesota, However, statistics of this year and map sittings show that they can occur with steady snow and strong winds. A blizzard is defined as an event with sustained gusts of wind greater than or equal to 35 miles per hour, visibility less than or equal to one-quarter mile in snow and blowing snow for at least three hours.

Grand Forks and Fargo both experienced river flooding during the spring snowmelt. Stations at each location that measure the river’s height throughout the year both experienced a rise above the flood state in mid-July.

‘The American people will have the opportunity to make their own decision about the president at the ballot box.’

‘Rarely, if ever, do so many things outside a farmer’s control go wrong at the same time.’

‘Each election is ultimately local. Should I run, it would be on a platform of limited government which benefits rural America.’

Editor’s Note: This is the conclusion of a four-part series previewing 2020. Previous articles included looks at Richland County school districts, the county board of commissioners’ priorities and possible changes to the Wahpeton City Council.

While they’re not in campaign mode, North Dakota’s two U.S. senators understand the 2020 elections are crucial.

The state’s lone congressman, who has not yet declared if he’ll run for re-election, is equally aware.

Question topics ranged from the Nov. 3, 2020 national elections to ways North Dakota can maximize its potential in the new year and beyond.

Each election is ultimately local, Rep. Armstrong said. Should he run, it would be on a platform of limited government which benefits rural America. While the U.S. Senate has a Republican majority, Sen. Cramer said, it also is vulnerable in 2020. “We will continue to work on a pro-growth agenda for our country, built on the tax relief and reduced regulator burden we’ve already provided,” Sen. Hoeven said.

“Rarely, if ever, do so many things outside a farmer’s control go wrong at the same time,” Cramer said. Whether it was from a natural disaster or trade uncertainty, North Dakota’s agriculture production was often negatively impacted in the past year. Hoeven, chairman of an agriculture appropriations committee, said he worked to ensure a second round of Market Facilitation Program payments, ensure it would include all Title 1 crops and replenish the program’s funding. The White House and organizations including the United States Department of Agriculture have been unbelievably generous in receiving input, Armstrong said.

Improved health care, benefits and recognition for North Dakota’s veterans tops Hoeven’s list. The state is also benefiting from an improved U.S. economy and a reduced regulatory environment favorable to the coal and natural gas industries, Armstrong said. Cramer had similar thoughts, singling out the repeal of the Waters of the United States (WOTUS) rule, which he said was especially bad nationwide. “I hope North Dakotans can appreciate and feel good about their contribution to the rollback of some of that,” he said.

Armstrong opposed how impeachment procedure occurred in the U.S. House, calling it “a political drive-by.” Before 2019 ended, Cramer said he was hopeful there would not be a long, protracted trial in the U.S. Senate. Trial dates have not been scheduled as of Thursday, Jan. 2. “The American people will have the opportunity to make their own decision about the president at the ballot box,” Hoeven said.

With elections approaching, look to Daily News for updated coverage of North Dakota and Minnesota’s campaigns, candidates and items under consideration.

A Whitehall, Montana, man who was killed in a crash on Highway 9 in Wilkin County on New Year’s Eve has been identified as David Merle Mccoy, 69, Minnesota State Patrol reports.

He was driving southbound in a Chevy pickup at 6:41 p.m. Dec. 31 when he veered into oncoming traffic and crashed into a Buick Enclave carrying five people.

Mccoy died at the scene. Mccoy was not wearing a seatbelt and alcohol was involved, an investigation determined.

Children and families had many actives to choose from at the Breckenridge Family Community Center while they waited to countdown the new year.

Breckenridge Family Community Center held its “British New Year” party on Tuesday, Dec. 31, 2019. Rather than children and families having to stay up until midnight to celebrate the new year, the community took their imagination to London.

“It was such a fun time. They all loved the idea of having something for the family to do that still allowed them to have time at home for the rest of the evening,” Mandy Steinberger, director of the community center, said.

Midnight in London is 6 p.m. in the Twin Towns. So just before the clock struck midnight in London those at the community center gathered, with punch-filled champagne flutes and noisemakers, to count down as they watched the live stream firework show in London.

“We rigged up this balloon drop and all of the kids wanted to pile under it so that the balloons could fall fight onto them,” Steinberger said. “It was pretty funny.”

Approximately 50 people attended this event to participate in coloring, crafts, sledding, skating and playing games such as Santa cornhole, Christmas tree bowling and reindeer ring toss before it was time to count down and release the balloons.

The community center had punch for the toasting and hot cocoa to stay warm. Four different types of cookies were donated by the area farmer’s market.

“They (cookies) were amazing and they were just phenomenal,” Steinberger said.

In other community center news, January movie night is featuring “The Lion King” and will be held from 3:30-6 p.m. on Friday, Jan. 3 at the center. Treat bags, prizes and popcorn will be supplied by the center, pizza and pop will be available for purchase. 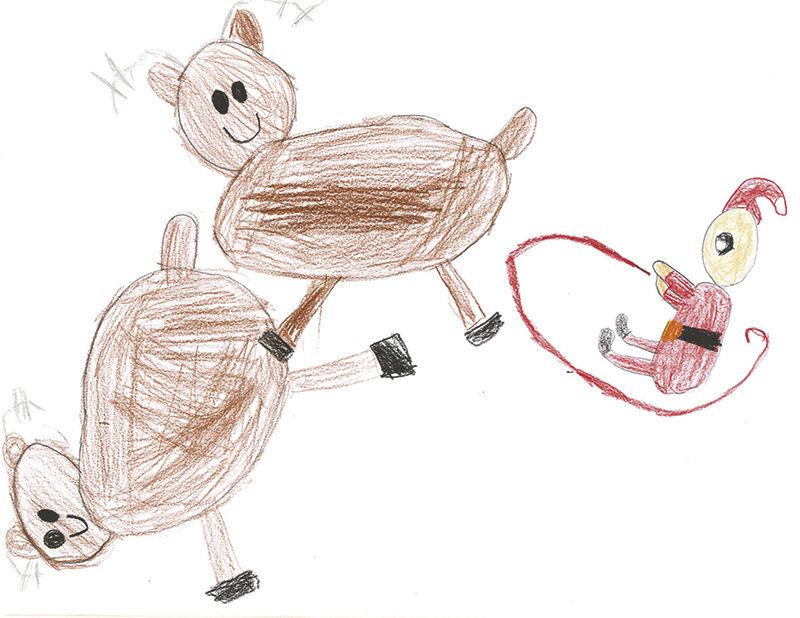