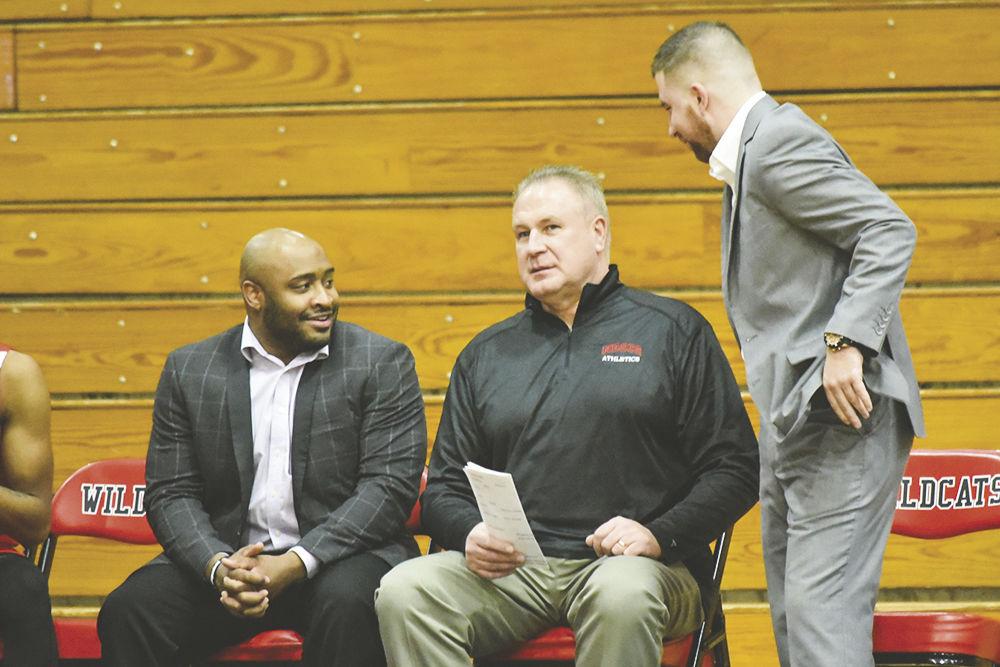 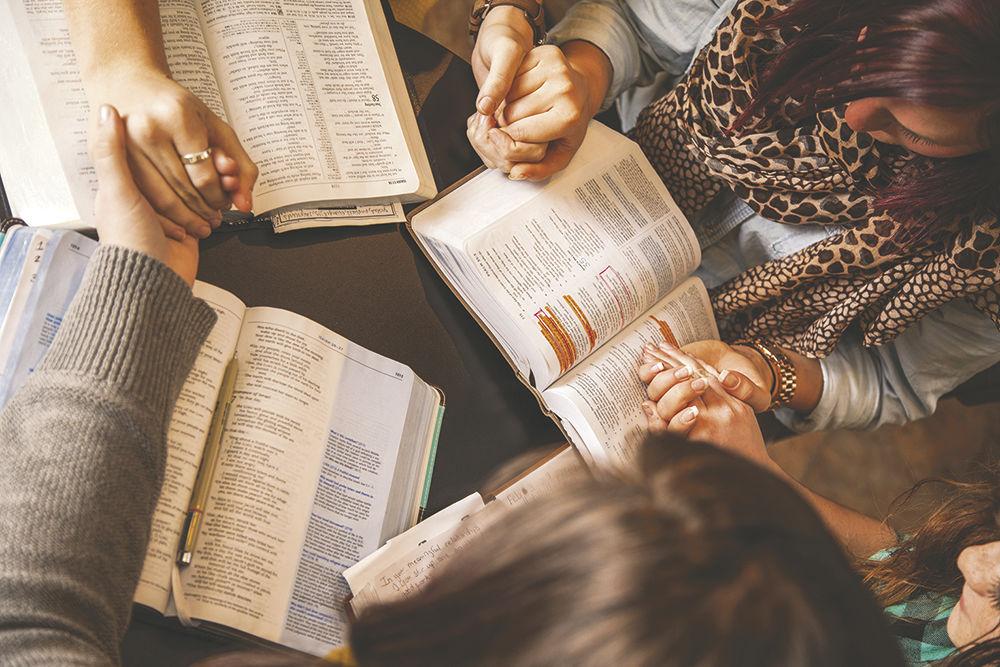 Minnesota’s Office of Management and Budget released the 2019 November Budget and Economic Forecast. It shows a forecast surplus of $1.332 billion and the reserve balance reaching a target level of $2.359 billion.

Minnesota’s Office of Management and Budget released the Minnesota November Budget and Economic Forecast on Thursday, Dec. 5, predicting a surplus of $1.332 billion in the fiscal year 2020-2021 biennium.

The Minnesota budget and economic forecast has improved since the last 2019 legislative session. Thursday’s session reported an improved revenue forecast and a small decrease to estimated spending to create a forecast surplus of $1.332 billion in the fiscal year 2020-2021. Additionally, a reserve balance was brought to its target level of $2.359 billion during this legislative session.

“This budget forecast is good economic news for Minnesota and the people of Minnesota have themselves to thank for that. For living here, raising their families here and contributing to the state’s economy,” Minnesota Gov. Tim Walz said. “Minnesota’s economy is working because Minnesotans are working.”

“Minnesota’s economy is also working because we have made smart budgeting decisions. We have been disciplined, kept our eye on the long-term, and invested in the things that make our state grow,” Walz said. “Last session, we invested in our children’s education. We protected Minnesotans’ access to affordable health care. And for the first time in nearly 20 years, we gave more than one million middle-class Minnesotans a tax rate cut.”

In response to the $1.332 billion surplus, Education Minnesota President Denise Specht called for this surplus to be an opportunity for the state to invest further in the state’s public schools.

“One of the best investments of this larger than expected surplus is in a place Minnesotans clearly support — our public schools,” Sprecht said.

Sprecht outlined that this surplus could go towards many educational improvements such as training expansion for the state’s education professionals, broaden access to full-service community schools, strengthen mental health support for students and fully fund the Teachers of Color Act.

“The chronic underfunding of public education in Minnesota demands billions of dollars in new investments to guarantee every Minnesota student — no matter what they look like or where they live — has an equitable opportunity for a great education,” Specht said.

While Sprecht supports using this surplus for investment into education, Minnesota Chamber of Commerce President Doug Loon said this surplus shows signs of the need to reform Minnesota policy.

“Minnesota has now had seven consecutive years of budget surpluses, a clear indication that more dollars need to remain in the pockets of families and businesses. Today’s forecast presents an opportunity for policymakers to enact reforms to best position Minnesota for a strong and growing economy,” Loon said.

Loon says that uncompetitive taxes are hindering growth opportunities and advocates for Minnesota to join the majority of other states in conforming to the “federal income tax business expensing rules.” According to Loon, this would support and encourage small businesses and farmers to invest and grow in Minnesota.

Jersey Meslow, 5, constructed a snowman out of a powdered drink mix container with mom Ashley. They were two of the guests enjoying Chahinkapa Zoo’s Save the Earth evening, held Wednesday, Dec. 4 in Wahpeton.

Getting to see Santa Claus was a highlight for many Save the Earth visitors, including, from left, Daniel Tischer, 6; Luke Tischer, 1, and James Tischer, 9.

The Save the Earth Tree, on display at the Rodger Ehnstrom Nature Center, was ready to be decorated and viewed by all ages. Its full green branches and ornaments of all colors contrasted with the snowy white landscape outside.

The evening’s touch of silver came from an anniversary. Chahinkapa Zoo has displayed a Save the Earth tree for 25 years.

“It actually started the first winter I was here, with an idea from our educator Shirley Hunkins, my mom.” said Zoo Director Kathy Diekman.

“Kids are coming in, coloring, working with paper,” she continued. “These crafts and activities are the kinds of things you’d work on at the card table while you’re sitting by the window after coming home from sledding.”

“I wanted a fun Christmas activity with my girls. We had an open night. We often like to go to the zoo in the summer and check out the animals,” Meslow said.

Ben Oliver, Wahpeton, helped bring Santa Claus to this year’s tree-trimming. The jolly elf was a favorite of everyone from Ayden Pengilley, 6, Wahpeton, to the Tischer family, Wahpeton.

“We came out tonight for Santa,” said Chad Tischer, who checked out the activities with wife Jennifer and sons James, 9; Daniel, 6; and Luke, 1.

The Save the Earth evening is made possible through teamwork from Chahinkapa Zoo, volunteers and businesses like Thrifty Horizons, Breckenridge.

“For the last four years, Thrifty Horizons provides us with books,” Diekman said. “Everyone is able to take all that they want.”

Besides the family fun, the Save the Earth evening provides messages of recycling, reusing and refusing to pollute.

“It’s a tradition,” Diekman said. “I hope we do it forever and ever.”

News
featured
How the response to the 2020 Census can help Minnesota
Paige Rudick  / By Paige Rudick • Daily News paiger@wahpetondailynews.com
12.06.19
MCS

The Wilkin County Board of Commissioners met with U.S. Census Bureau’s West-Central Minnesota Partnership Specialist Vicki Clayton on Tuesday, Dec. 3 to bring awareness to the importance of Minnesota residents participating in the 2020 Census data collection.

Every 10 years, the U.S. Census Bureau tallies the number of people living in the country. Determining this number is widely significant for individual states. The census ensures that each state is allocated the correct number of representatives in government and equitable funding.

Beyond political weight, the census also provides distribution of public funds as federal and state funding is partially based on population, thus it is important to have an up-to-date and accurate population count.

“(A total of) $675 billion federal dollars are distributed among U.S. states and territories each year for 10 years for programs that affect everyone,” Clayton said. “The dollar amount that Minnesota will receive in 2021-2030 is determined by Minnesota’s population count for the decennial census which will guide the distribution of federal funding to states, localities and households across the nation.”

Minnesota received $15,459,175,947 in federal money based on the 2010 census data with a population of 5,303,925. This funding goes toward educational programs, health care, law enforcement, highways and state projects.

In summary, the U.S. Census Bureau implores citizens to participate in the upcoming census in order to have up-to-date and accurate data. This data will provide Minnesota with appropriate political weight in the House as well as appropriate funding. Thus, the greater response from residents means more money that goes back into the county, Clayton explained.

Clayton reported that the census bureau has predicted that 16 percent of residents in Wilkin County will not respond to the 2020 census. As of 2017, nearly 20 percent of Wilkin County residents did not have internet, which may affect the response to the census via mail, phone or internet.

The bureau is taking initiatives to increase the number of census workers in order to collect data accurately.

The first initiative has been to increase the wage for workers in Traverse County and Wilkin County to $19 per hour. The idea is to hire local people to go door to door collecting data. This way, citizens are met by familiar people. The 2010 census required approximately 700,000 census workers country-wide to collect data.

The second initiative is pushing advertising and mailing postcards to inform citizens how the collection of data will look. This will explain that the data collected is non-intrusive into sensitive data. The bureau will not be collecting sensitive data such as Social Security numbers or bank information, rather data such as the number of occupants in their home, date of birth, race and sex. Census postcards will be mailed out in mid-march 2020.

There will be an application day for those interested to apply from 11 a.m.-1 p.m. on Thursday, Dec. 12 and 19 held at the Breckenridge Public Library.

3. Holiday Home Tour: AAUW hosts their annual Holiday Home Tour from 1-4 p.m. Sunday, Dec. 8. Tickets available at Breckenridge Drug, Wahpeton Drug and Gift and the Red Door Art Gallery, and receive a map with the five homes on the tour.

4. Holiday Concert: The NDSCS Holiday Concert featuring the concert choir and concert band, including guest artists The Acappella Express, will be from 7:30-8:30 p.m. Tuesday, Dec. 10 at Bremer Bank Theatre in the Harry Stern and Ella Stern Cultural Center.

Three North Dakota State College of Science administrators are seeking reimbursement from the state of North Dakota of more than $36,000 in legal fees.

Dr. John Richman, the college’s president, is claiming about $17,750 according to records obtained by the Associated Press. Vice President of Administrative Affairs Dennis Gladen is claiming $9,420. Tony Grindberg, vice president of the workforce affairs division, is claiming $8,890.

In November, Cass County State’s Attorney Birch Burdick wrote that there was no proof Richman, Gladen and Grindberg committed crimes of obstructing or misleading state auditors. Because of this, no criminal charges were pursued against the administrators.

“Mr. Gladen, Mr. Grindberg and I have been exonerated of any criminal activity related to the audit report that was released in April 2019,” Richman said. “We incurred legal fees throughout this process and are taking the necessary steps to seek reimbursement, pursuant to (the North Dakota Century Code).”

State lawyers have not yet made the determination that North Dakota law means reimbursement is due to the administrators, the Associated Press reported.

“Burdick noted that the three administrators declined to meet with the state Bureau of Criminal Investigation agent who investigated their conduct,” Forum News Service previously reported.

A NDSCS spokesperson said the matter has gone from being college-related to concerning individuals and the state of North Dakota. Grindberg’s attorney, Mark Friese, also presented things on an individual level, according to AP.

“The true damage done to Mr. Grindberg and his family is incalculable,” Friese wrote.

The audit, AP reported, alleged Grindberg failed to disclose that his wife’s company was paid $39,500 to formulate a marketing plan for the program.

According to the audit, this was an undisclosed conflict of interest. NDSCS, which has campuses in Wahpeton and Fargo, was also accused of allegedly hiding emails from investigators.

In June, the North Dakota State Board of Higher Education voted 6-2 to approve an NDSCS-drafted action plan in response to the audit. Between the audit’s release and the vote, several individuals claimed and denied that there was a negative workplace culture at NDSCS.

“I suggest that the board look at this and determine in your own hearts and your minds, are the actions that happened at NDSCS, is that okay with you?” Kathleen Neset of the state board asked then.

The plan was expected to be completed by December 2019, Daily News previously reported.

Gallion, AP reported, declined comment on the legal claims. Tag Anderson, director of North Dakota’s Risk Management division, said his agency is reviewing the claims in consultation with Stenehjem’s office. The work is in its preliminary stages, Anderson said.

“We look forward to completing this process and moving forward as we continue to serve the state of North Dakota,” Richman said. 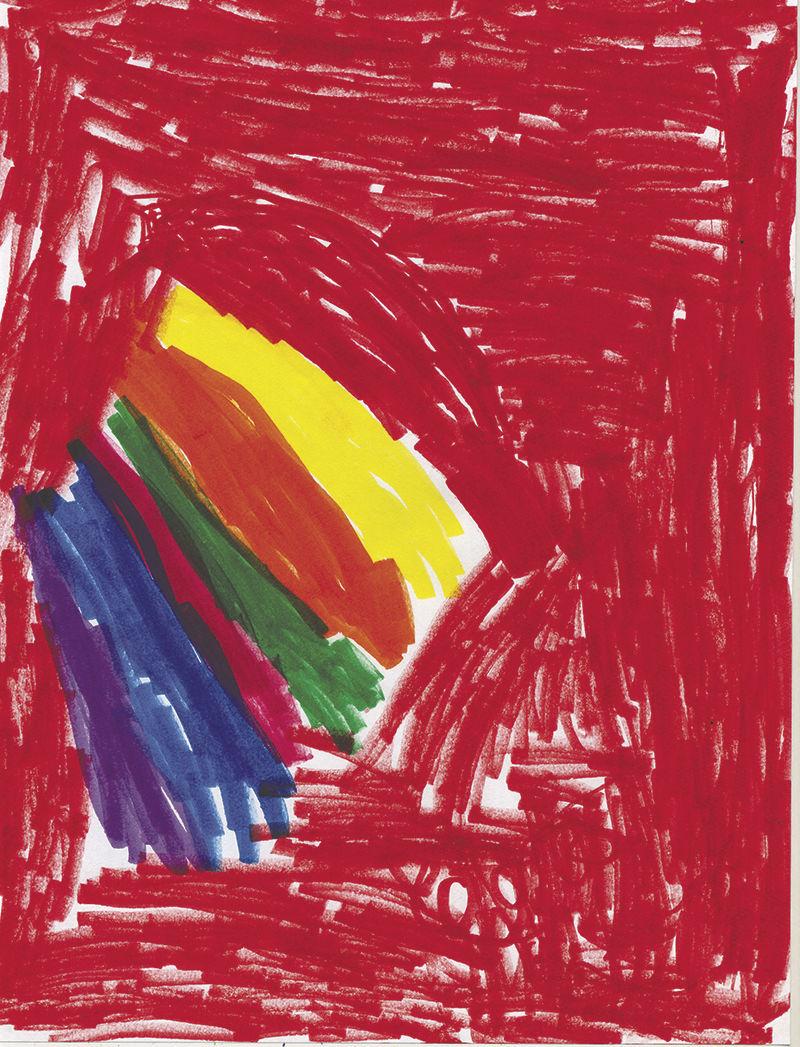