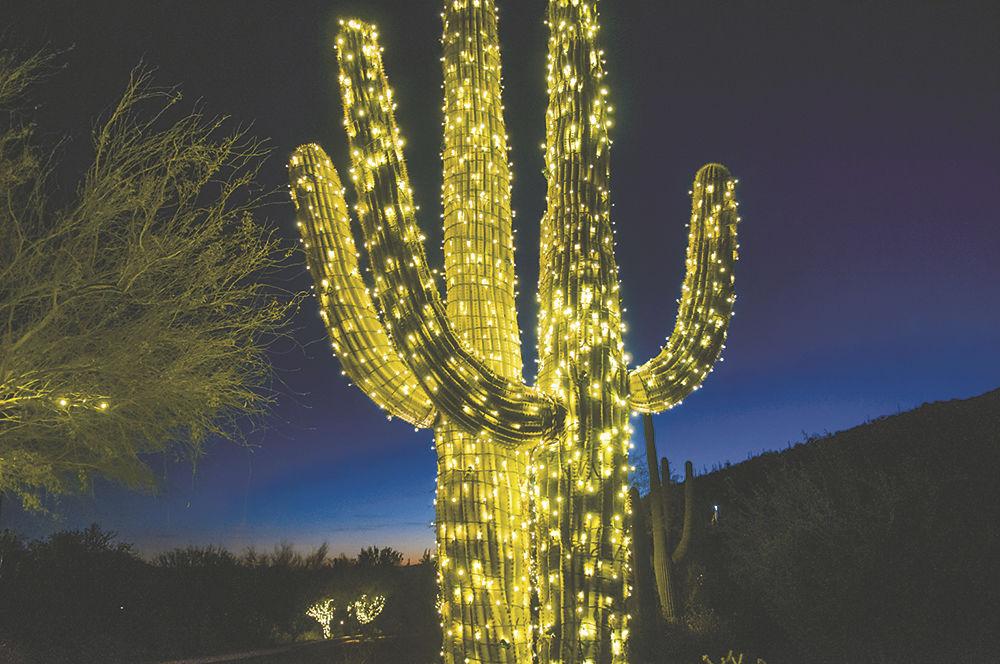 IN THE SPIRIT: We want to see your holiday photos 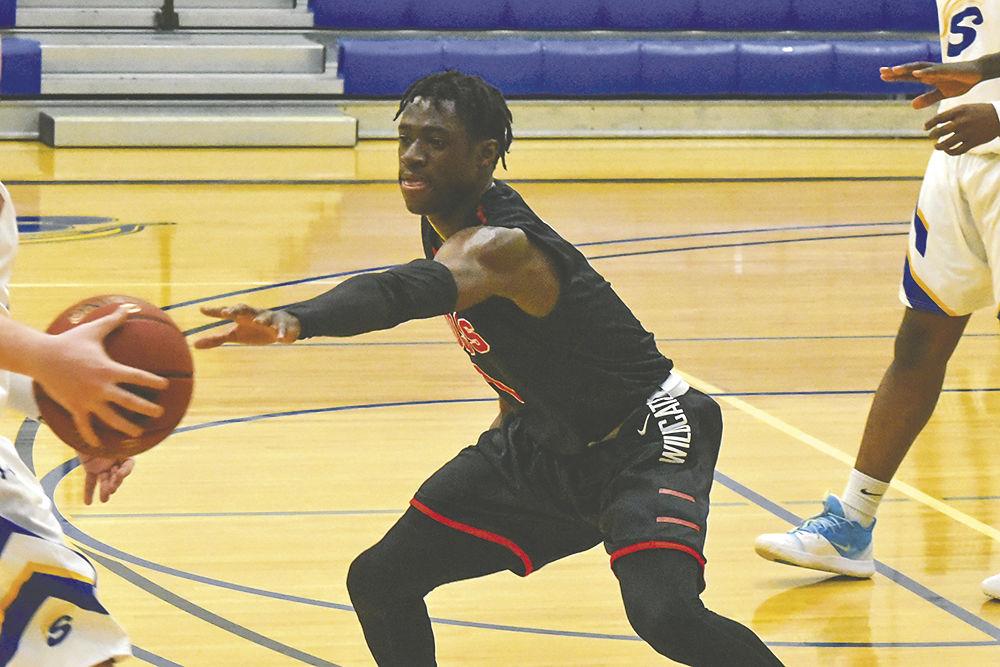 Breckenridge Fire Department was called to the scene at 4:01 p.m. for a reported fire coming from a detached garage located at 331 Fourth St. S, near Wilkin County Courthouse.

The cause of the fire is believed to be caused by a small space heater left unattended in the detached garage, Breckenridge Fire Department Chief Nate Summerville said.

At the time of the fire, occupants were in the home while the space heater was running in the garage. Once the fire had been reported, occupants fled the house. No injuries were reported.

The garage was a total loss. One vehicle, one boat and multiple small engine items such as a motorcycle were damaged from the fire.

The second fire reported was a vehicle fire. The Breckenridge Fire Department and Breckenridge Police Department were called at 6:29 p.m. to the 400 block of Eighth Street North, near the elementary school.

The agencies arrived at the scene to find the cab of a pickup on fire. The vehicle had been left running while the owner was inside a home. The fire was reported to be isolated to the cab of the vehicle, not the engine compartment. The cause is undetermined and no injuries were reported.

“The jazz band is always looking for new challenges or any chance to play. Thank you to those who support them with rides and reminders to set alarms. Thank you to the upperclassmen who have been providing rides and thanks to EconoFoods for doughnuts, we get lots of morning doughnuts,” Band Director Emily Christensen said.

The jazz band performed their version of the classic hit from 1957, “Jingle Bell Rock.” Additionally, the 1965 television special “Charlie Brown Christmas” and the 1970s jazz “Birdland.”

“I am so happy that you are here. We are really glad to be sharing this music with you this evening,” Bouressa said. “The students have been wearing their new choir robes with pride and dignity.”

The high school choir entered the set with the Latin song “Omnia Vincit Amor” directed by Bouressa. A soothing intermingling of expressive soprano and bass vocals. The song is an original piece of music written in an old fashion style with modern flares, Bouressa said.

Emmaree Lauristen, a senior at the high school, was welcomed by Bouressa for Lauristen’s conducting debut of the four-part madrigal, “Jubilate Deo.”

Bouressa premiered her song “To My Soul.” The song was inspired by the translations of the seventh century B.C. Greek lyric poet Archilochus. This song featured a soli by Nikki Hanson, alto, and Jessica Miller, soprano.

“The choir has enjoyed singing it so I hope you enjoy it too,” Bouressa said. “I didn’t expect the students to connect so well but it seemed to really resonate with them. I felt honored.”

The concert band performed the enthusiastic “Into the Clouds,” “In the Shining of the Stars,” a melody with a folk resemblance and the classic anthem “Africa,” originally released in 1982 by Toto.

The evening ended with the band’s performance of “Christmas Eve/Sarajevo 12/24,” an atmospheric melody that dramatically shifts into hard rock.

“This may be the hardest working group I have ever taught,” Christensen said. “Our students handled complications with maturity and grace.”

“Music is a wonderful example of the skills critical in our rapidly evolving 21st-century future-focused workplaces. Creativity is one of the most sought after skills according to research,” Superintendent Diane Cordes said. “Music teaches us to think like there is no box confining our thoughts and helps us see ways of thinking and expression that are multidimensional.”

‘Just because it’s winter, that doesn’t mean anyone’s slowing down,’ said Tammy Goerger, far left. The Twin Towns Area is in the midst of a music-filed holiday season.

While the audience didn’t have an out-and-out favorite piece at the concert, some did evoke strong feelings.

“Everybody likes different kinds of music,” Goerger said. “I do know that after the concert, I was hearing that people very much enjoyed ‘The Nutcracker Suite’ and the music from ‘A Charlie Brown Christmas.’ People like music that brings them back to their childhoods.”

The concert’s setlist included “Funky Ol’ St. Nick” and “Feliz Navidad” from the jazz band, “Fanfare on ‘Good King Wenceslas’” from the sixth graders, the “Christmas Eve March” from the seventh graders and “Jingle Bells Around the World” from the eighth graders.

While introducing the sixth grade band, Goerger said they would play music slightly beyond what’s expected for their grade.

“Sometimes, to push students to excel, you have to give them music that’s a little bit higher for their level. From there, they can rise to it,” Goerger said.

With less than two weeks until Christmas, the Twin Towns Area is in the midst of a music-filled holiday season.

“A Festive Celebration of Christmas Joy,” the 25th annual cantata from the Community Choir and Orchestra, can be seen twice this weekend. The 75-member choir and 35-member orchestra will perform at 7 p.m. Saturday, Dec. 14 and 2 p.m. Sunday, Dec. 15. The cantata will also be held at the Stern Cultural Center.

“Home for Christmas,” the fifth annual engagement of “A Magical Medora Christmas,” returns to the Stern Cultural Center next week. It will be performed at 7:30 p.m. Wednesday, Dec. 18. Headliners include host Bill Sorensen, “Queen of the West” Emily Walter, singer-actor Job Christenson, newcomers Kim Willow and Travis Smith and bandleader Chad Willow.

Look to Daily News, in print and online, for coverage of Twin Towns Area holiday and musical events.

1. Today in History: In 1972, the lunar module for Apollo 17, the final manned mission of the Apollo space program, touched down on the moon. Apollo 17 set records for the longest lunar surface exploration and the most lunar material collected, was the most recent manned lunar mission.

Education leaders in Richland County, N.D., recognize vaping as a leading or secondary youth concern. Vaping use and the development or acting upon of suicidal thoughts are on the rise among youth, according to a recent survey.

More North Dakota youth are reporting extended feelings of depression, to the point of seriously considering attempting suicide, according to the most recent Youth Risk Behavior Survey.

“We recognize that behavioral health is a major factor in students’ ability to learn,” Baesler said. “We must continue to work to make sure that services are available to students and families who need them.”

There is a significant gap between the amount of resourwces available and resources needed, said Chris Potter, counselor for Richland 44 Public Schools. Efforts are a decade behind, there needs to be work in de-stigmatizing mental health issues and there’s the matter of having available state and federal funding.

“We’re no different than any other district,” Potter said. “One-fifth of kids have some sort of mental health issue that’s getting in the way of their learning. That’s just the one’s we know about. A lot’s going unreported. We’re running about close to the national average, and you can see that in Wyndmere, Wahpeton and Fargo.”

The Youth Risk Behavior Survey is given in the spring of odd-numbered years to students in grades 7-8 and 9-12. It was developed in 1990 by the federal Centers for Disease Control and Prevention.

“Different questions are asked of middle school and high school students,” the North Dakota Department of Public Instruction stated. “Students choose whether to take the survey and results are anonymous.”

According to the survey:

“We do continue to see a lot of children who feel hopeless,” Wahpeton High School Principal Ned Clooten said.

The 2019-2020 school year is the second for Wahpeton Public Schools’ “Sources of Strength” program. Created as a suicide-prevention initiative, Sources of Strength has evolved into a means to promote positive choices.

Wahpeton Public Schools is also utilizing the “Positive in the Present” program, which encourages youth to highlight and focus on aspects they can be thankful for.

Advancement is also occurring at Richland 44. It includes the school board’s recent vote to hire a full-time counselor for sixth grade students. The Columbia-Suicide Severity Rating Scale has become an effective tool in monitoring students’ well-being.

• 52.8 percent of respondents said they’ve tried vaping, with 33.1 percent saying they’d vaped at least once in the 30 days before taking the survey

• The number who said they’ve tried smoking was not available; 8.3 percent said they’d smoked at least once in the 30 days before taking the survey

“I’ll be real curious to see the local results, because our numbers may be higher than that,” Clooten said. “It’s been one of the hardest issues we’re facing.”

Citing factors including the size and vapor control mechanisms of vaping devices, Clooten said he agrees with the Food and Drug Administration’s classifying youth use as an epidemic. Potter, however, placed vaping use as a concern below the issues of mental health and driving behavior.

Fifty-three percent of 2019 survey participants say that have texted or emailed while driving. That’s an increase from 52.6 percent in 2017. That year, 6.5 percent of surveyed youth said they had recently drove after drinking. In 2019, the amount decreased to 5.5 percent. The trend also applies to whether or not youth ride with drivers who had been drinking. This year, 14.2 percent said they had been in that situation, down from 16.5 percent in 2017.

Reported incidents of bullying are also declining. In 2017, 24.3 percent of youth said they had been bullied on school property in the last 12 months. That’s down to 19.9 percent in 2019.

Survey results indicate decreased youth usage of alcohol, heroin, marijuana and methamphetamine. There was a slight increase of youth who reported abusing prescription pain medication, from 14.4 percent in 2017 to 14.5 percent in 2019.

“This is a generation of youth and parents that’s known as the ‘safety generation,’” Potter said. “They’re considered risk-adverse and with a few exceptions, are making very good choices on the whole.” 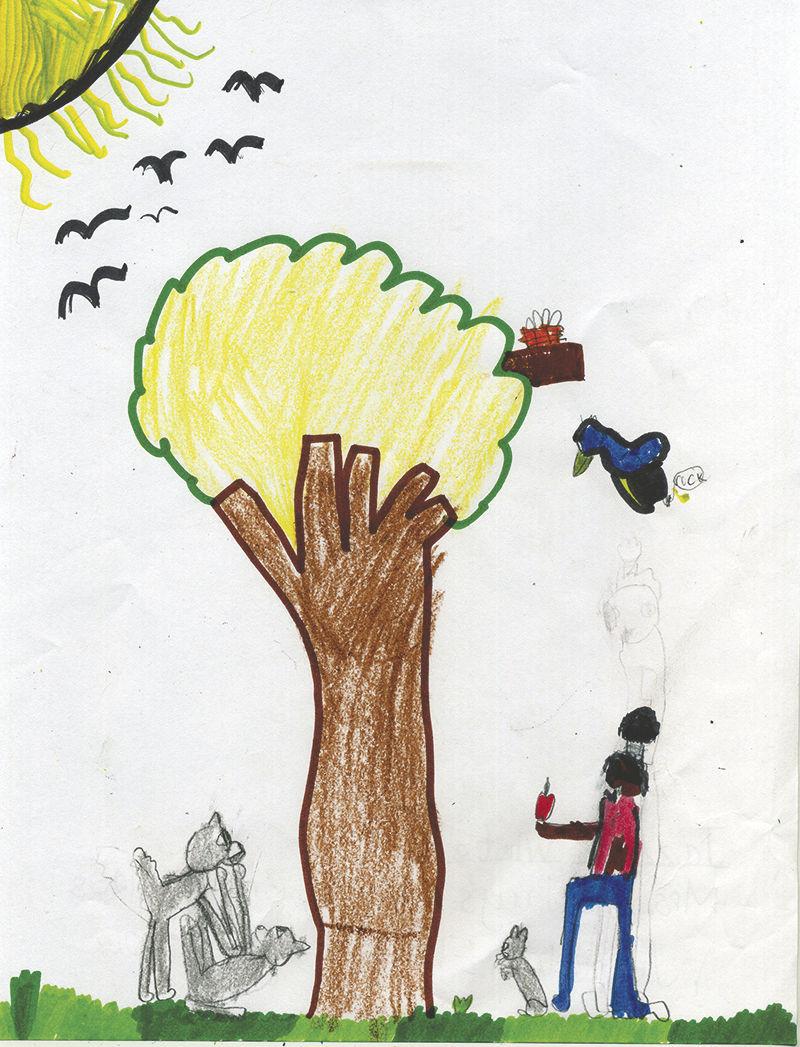