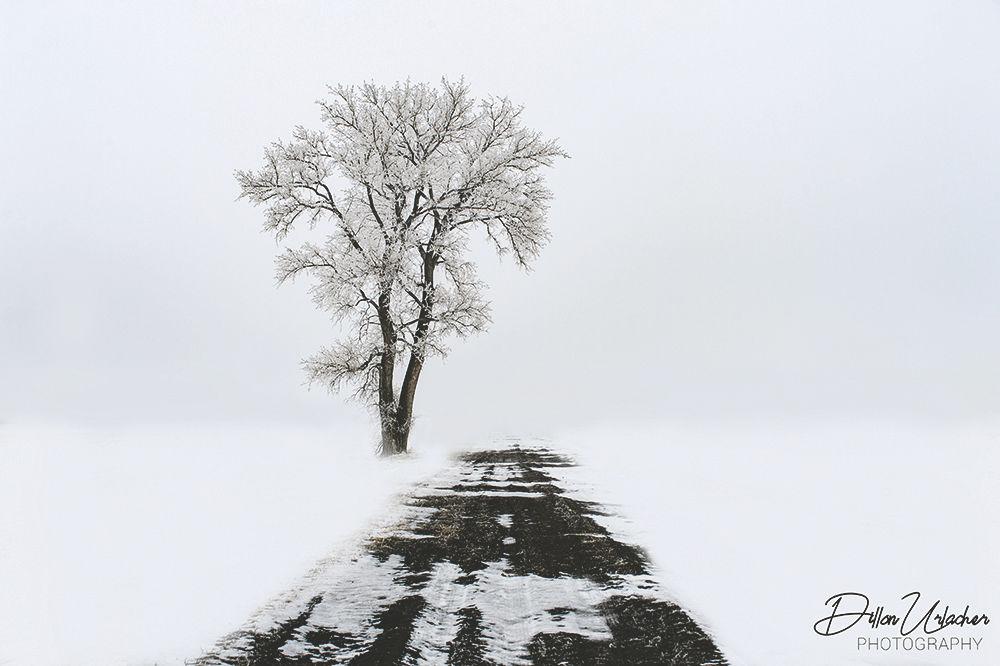 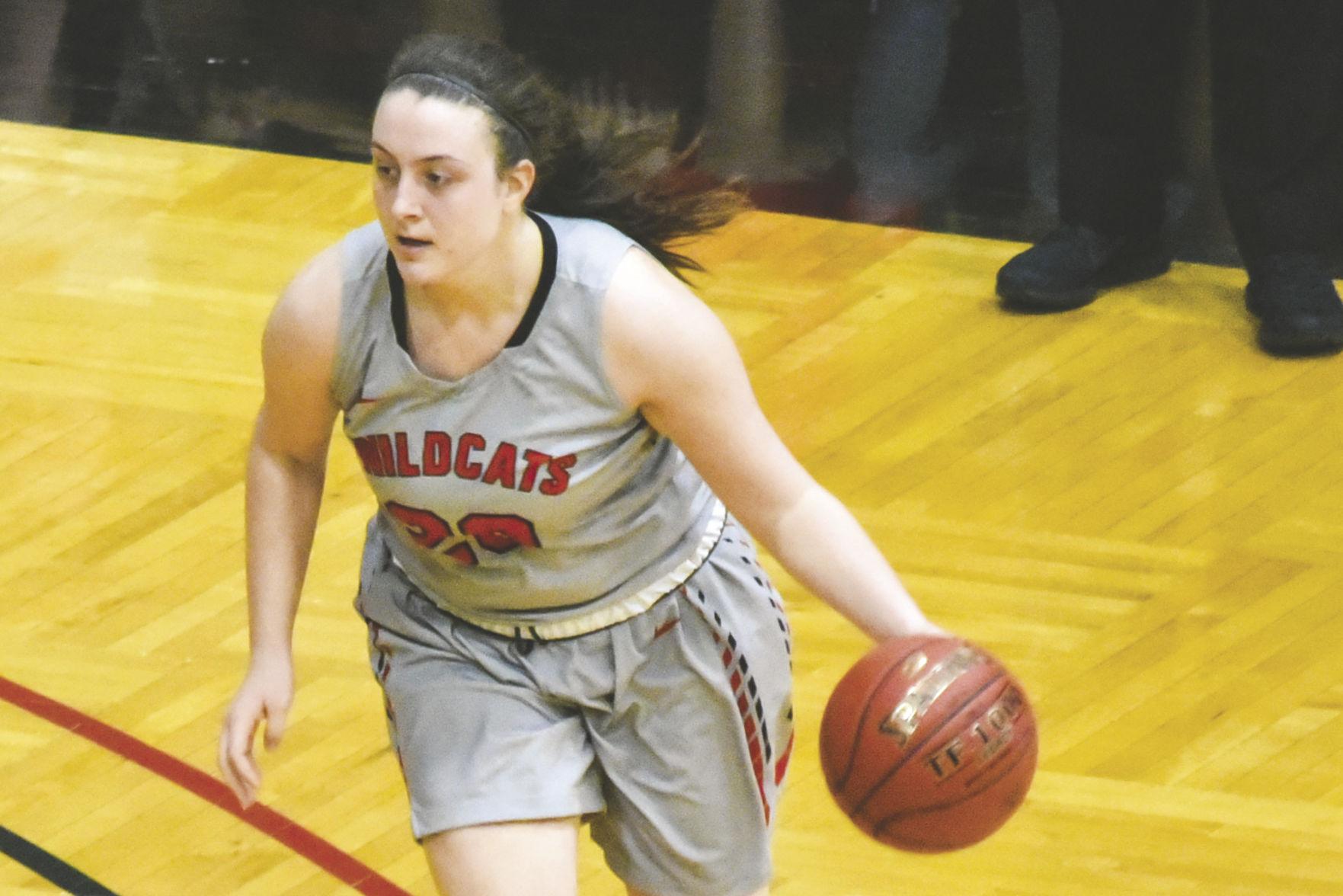 WILDCATS: NDSCS men pick up a win while Lady Wildcats come up short

Two of the defendants appeared for a felony dispositional conference in Richland County District Court, Wahpeton. The third appeared for a preliminary hearing, in which he waived his right.

Kari HeiserKari Lee Heiser, formerly known as Kari Lee Loeb, appeared in court Monday afternoon. She faces one charge of being an accomplice to the misapplication of between $1,000-$10,000 in entrusted property, a class C felony.

Heiser, 51, was absent at 9 a.m., when her felony dispositional conference was originally scheduled. Saying he did expect the Moorhead, Minnesota woman to appear, Krassin also said the most recent letter to Heiser’s address was returned by the postal service.

Moen subsequently asked Judge Cruff to issue a bench warrant for Heiser’s arrest. A deadline of 3 p.m. Monday for Heiser’s appearance was set and was ultimately met, meaning no warrant was issued.

In December 2019, the defense motioned for a bill of particulars, which would include a written itemization of claims in Heiser’s case. Court records show a state’s brief was filed in response to the motion.

Heiser was kitchen manager of the Wahpeton Eagles Club when she organized a June 2018 benefit for Jacob Petermann, according to her criminal complaint.

An alleged theft of money was reported that September, resulting in an investigation which claimed Heiser and Karen Mullin misapplied more than $1,000 but less than $10,000 in proceeds. Mullin is a co-defendant in the Petermann case, was the Eagles Club manager in June 2018 and is Heiser’s mother.

Heiser entered a not guilty plea to her charge in November 2019.

Additional court proceedings have not been scheduled as of Monday afternoon.

Byron VannByron Dewayne Vann appeared Monday morning in court for his felony dispositional conference. Vann, 31, faces one charge of attempted murder, intentional or knowing, of an adult victim, a class A felony.

The defense made an offer regarding Vann’s case during the week of Monday, Jan 6, Krassin said. A counteroffer from the prosecution is expected. Moen did not add any other information.

Vann, a Wahpeton resident, is accused of wielding a bayonet to wound a 30-year-old Fargo man. The alleged assault occurred in October 2019 at a Wahpeton residence. The victim, whose identity has not been released, sustained lacerations to his neck and received surgery to repair two significant neck wounds.

Vann entered a not guilty plea to his charge in November 2019. His next felony dispositional conference is scheduled for 11:30 a.m. Monday, Feb. 3.

James Bynaum, Jr.James Earl Bynaum, Jr. appeared Monday afternoon for his preliminary hearing, in which he waived his right.

Bynaum, 61, is accused of one charge of negligent homicide of an adult victim, a class C felony. The Wahpeton man has been charged in connection with the November 2019 death of his nephew, Oscar Charles Bynaum, 42.

The Bynaums allegedly got into an early morning argument at their Wahpeton residence. Oscar Bynaum punched holes in the wall and eventually was physically fighting with James Bynaum, according to court documents.

“He was arrested when officers developed probable cause to believe the death occurred as a result of homicidal violence,” Daily News previously reported.

A closing reception for the 2019 event was held from 5-8 p.m. Friday, Jan. 10 at the Wahpeton Event Center. Guests enjoyed free appetizers, a vendor fair and the music of the Soggy Bottom Science Boys.

“We’ve had good turnout at these events and for the most part, good weather,” Wahpeton Community Development Director Chris DeVries said. “I want to thank everybody for coming out.”

Paul Sjurseth, owner of the Wahpeton Event Center, said he was excited to be a part of the sesquicentennial celebration.

“We had worked with the Convention and Visitors Bureau and I’m happy to be working with Chris and the city,” Sjurseth said.

The 150th reception was held approximately six months after the event center’s July 16, 2019 opening and nearly one year after Winter Wonderland, the first of four weekend-long parties.

“An all-ages crowd gathered at Chahinkapa Park for the fireworks finale,” Daily News previously reported. “Intended to be a spectacular, it featured pyrotechnics from Little Unny’s Fireworks.”

The BBQ-Farming Fun Fest concluded Saturday, Sept. 14 with the Classy and Classic Car Show and the Bull Bash. While the car show was held in downtown Wahpeton, the Bull Bash took place on Frank Vertin Field.

“We’ve had a lot of good moments and we want to see some of these events continue,” DeVries said.

Bull Bash has already been announced as a returning event. It is expected to be held again as soon as September 2020.

“This is about supporting our fire department, helping its members stay up to date and safe,” Richland County Emergency Manager Brett Lambrecht said previously. “We want to have the best equipment for any fire.”

Thanksgiving weekend brought Thanks for 150 Years, which included the Holiday Lights Parade through Chahinkapa Park. It was one of several pre-Christmas attractions delighting guests and residents.

While no big celebrations are planned for the near future, DeVries said more music-based events could be coming soon.

“Summer Sizzle’s concert was a one location, one evening event. We’re looking at possibly a festival using more locations and lasting longer,” he said.

Sesquicentennial event photos can be seen at www.wahpetondailynews.com.

A hearing is scheduled for 11 a.m. Tuesday, Jan. 14 related to the case of a Breckenridge, Minnesota child murdered by his father in 2018.

Ramona Louise Shortman, 24, is scheduled to appear at the Wilkin County Courthouse where she faces two second-degree felony charges for manslaughter and two gross misdemeanor charges for neglecting a child in the presence of physical and emotional harm. Judge Amy Doll and Minnesota State’s Attorney for Wilkin County Carl Thunem will be presiding over this case.

The Daily News previously reported that Winter Sky Barker, 3, was found dead in his home on April 10, 2018. The medical examiner found the cause of death to be chemical peritonitis from perforation of the stomach due to blunt force trauma and the manner of death was listed as a homicide. The examiner also found multiple other substantial injuries to the child.

The victim’s father, Tracy Norman Brant, 36, was convicted of second degree murder and sentenced to 25 years in prison by Judge Charles Glasrud on Sept. 10, 2019.

According to a court document, Shortman was in a relationship with Brant for approximately four years at the time. Shortman was a caretaker who intentionally or recklessly caused or permitted the victim to remain in a situation involving substantial harm, and such conduct led to the child’s death. The document also states that Shortman willfully neglected the child’s basic needs and knowingly permitted continued physical abuse.

1. Oscar nominations: The R-rated superhero film, ‘Joker,’ topped all films with 11 nominations in the 92nd Academy Awards. ‘The Irishman’, ‘Once Upon a Time … in Hollywood,’ and the World War I story ‘1917’ all earned 10 nominations. The award show takes place Feb. 9 in Los Angeles.

3. Time to upgrade? Microsoft will stop providing free security updates for its Windows 7 operating system on Tuesday Jan. 14. Computers using it will be more vulnerable to malware and hacking. Users who want to protect their computers will need to upgrade to Windows 10 or may need to purchase new computers because older machines may not be compatible with the new software.

Breckenridge City Council approved the second reading of the T21 ordinance and passed a resolution which will raise the tobacco purchasing age to 21 in Breckenridge, Minnesota. The first public hearing was during the council’s meeting on Dec. 16, 2019.

T21 was created to prevent youth from a lifetime of substance abuse, supporters said. Enacting T21 into ordinance allows for prevention of early tobacco abuse in youth.

The newly approved ordinance will provide the city enforcement on selling tobacco to an individual under 21. This ordinance is only for the purchase, not the use of tobacco.

The resolution reads that this ordinance will protect and prevent youth from the use and initiation of tobacco, nicotine and tobacco-related electric devices.

“I am very impressed with my students this year,” Elizabeth Dub, Breckenridge art teacher, said. “I have a lot of phenomenal artists in class.”

The reception is free and open to the public for anyone to enjoy the students’ artwork. Artist Michael Dunn juried the student showcase and will be in attendance on Tuesday evening.

“Awards are for best of show, first place, second place and five merit awards,” Gallery Director Noah Dobmeier said. “Prizes will be awarded at 6 p.m. and Michael Dunn will be speaking at that time, as well.”

The students will present a variety of artwork they have been working on throughout the school year in which both they and their art instructors have submitted to the showcase. Paintings, drawings, pottery, sculpture and ceramic artwork can be expected.

“Some of the students I approached because I thought their work would be a great addition, some felt really strongly about their artwork and came to me,” Dub said. “This artwork is something that they have worked really hard on throughout the year.”

For more information, call the gallery at 701-591-1010 or visit http://www.reddoorgallerywahpeton.com/. 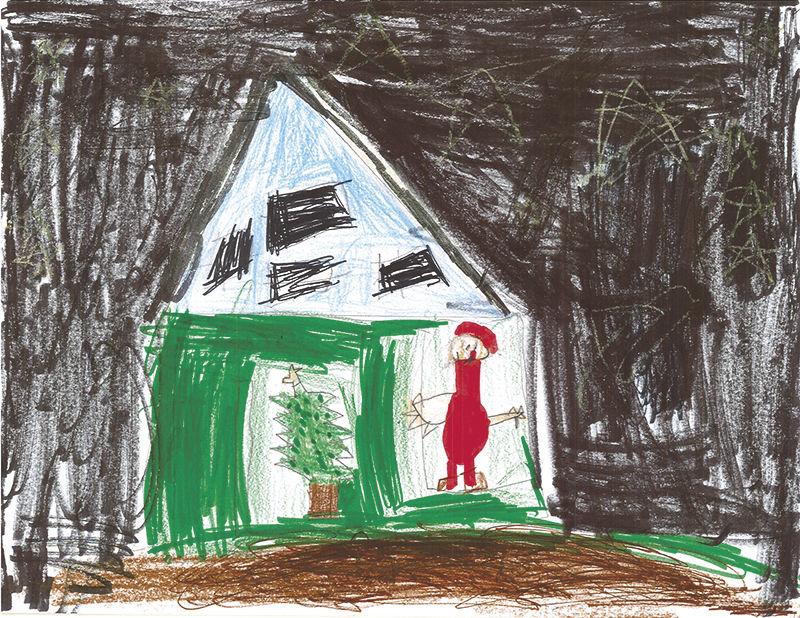