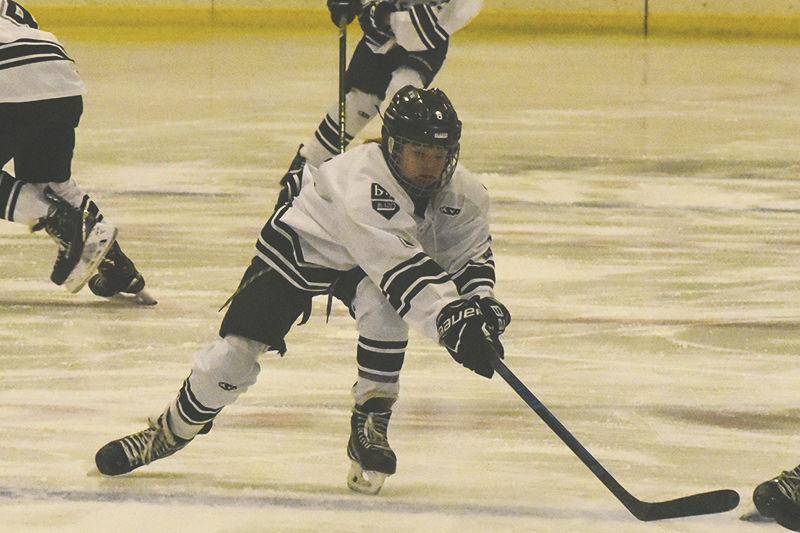 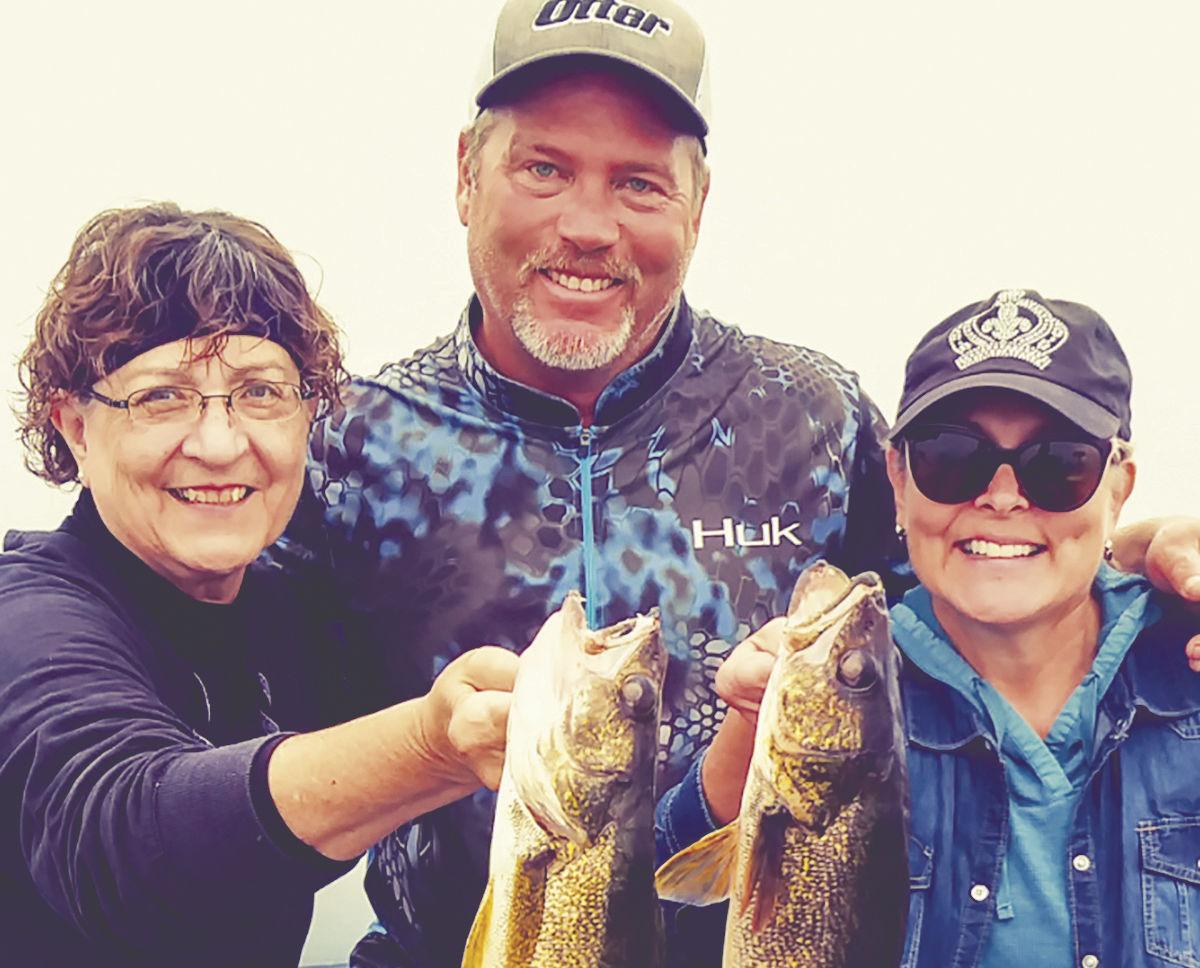 GOODLIFE: How anglers can support preservation of life

Through an investigation by the Wahpeton Police Department, Miklas is accused of knowingly receiving, retaining or disposing of a 2017 GMC van reported stolen from Schmitty’s Plumbing and Heating, Wahpeton.

On Wednesday, Jan. 1, Wahpeton officers conducted a traffic stop of the van as it left the Schmitty’s property. The driver identified himself as Miklas, court documents state. When contacted, the business owner said no one had permission to drive the van and that it had been stolen. The van is valued at $30,000.

During the traffic stop incident, Miklas allegedly attempted to prevent his arrest. Officers suspected he was involved with a stolen vehicle located nearby, documents state.

Once asked to exit the GMC van, Miklas allegedly argued with officers before exiting, then began a physical confrontation with the officers before attempting to flee the area on foot.

A taser was deployed on Miklas on two separate occasions before officers were able to place handcuffs on him, according to court documents. One officer involved received a laceration on his hand when a pipe in Miklas’ pocket broke during the struggle.

A search of the van allegedly found a bag containing Miklas’ identification and 30 credit cards belonging to four individuals and one Wahpeton business. Miklas was not authorized to possess any of these credit cards, court documents state.

Bail was set at $20,000 cash or surety, State’s Attorney Megan Kummer said. Miklas was ordered to undergo drug testing and have no contact with the victims.

The maximum penalty for a class A misdemeanor is 360 days imprisonment, a $3,000 fine or both.

The maximum penalty for a class C felony is five years imprisonment, a $10,000 fine or both.

The maximum penalty for a class B felony is 10 years imprisonment, a $20,000 fine or both.

Because Miklas is facing theft charges, he may also be required to pay restitution. He may also face additional charges in Wahpeton Municipal Court, Kummer said.

A preliminary hearing for Miklas’ most recent charges has not yet been scheduled. He is currently confined in the Richland County Jail.

Rothsay Economic Development Association held a meeting inviting growers, entrepreneurs and experts to discuss the landscape of the growing industry, the emerging opportunities for communities and for growers as well as challenges this industry faces.

Hemp fiber can be used for bio-composites, textiles, carpets and plastics.

The Economic Development Association of Rothsay, Minnesota, gathered at Big J’s Smokehouse on Thursday, Jan. 2, 2020 to share information about the hemp market and what that can provide for local opportunities.

This meeting invited growers, entrepreneurs and experts to discuss the landscape of the growing hemp industry, the emerging opportunities for communities and for growers as well as challenges this industry poses.

“The hemp market has the opportunity to create jobs in the Rothsay area, give local growers an additional option in crop rotation, as well as attract entrepreneurs to our area,” Mayor Joe Tillman said.

Harold Stanislawski is a project development director at Agricultural Utilization Institute. He works in communities to further the development of agriculture products, co-products, renewable energy, food and bio-based materials.

“Hemp is a new product. There is a lot to learn and understand about the crop its different areas such as food, CBD (cannabidiol) and fiber,” Stanislawski said.

Stanislawski explained that there are two kinds of hemp being grown: food and fiber.

The food side of hemp works to produce products such as food-grade cooking oil, salad oil, protein and granola for snack bars. The markets for this industry are growing throughout the Dakotas and in Minnesota.

The fiber side of the hemp industry has not yet been fully developed and so there has not been a large mass of this sort of hemp being raised due to the need for the infrastructure. Hemp fiber can be used for bio-composites, textiles, carpets and plastics.

“These conversations are good for the community to have. It’s good to learn what we need and to carefully prepare for those opportunities as they emerge,” Stanislawski said. “Communities are trying to position themselves for the future and potential growth. By being informed and having engaged communities is what the most progressive communities do to get levels of investment to come in.”

The investment of infrastructure is not the only challenge for this industry. North Dakota state Rep. Tom Kading, R-District 45, said there is a lot of confusion when it comes to regulations within the hemp industry.

The U.S. Department of Agriculture (USDA) and the North Dakota Century Code have two different standards which creates much confusion for growers and processors involved in the industry, Kading explained.

“The hemp industry is growing very quickly and certainly has the need for farmers to take advantage of that,” he said. “The price (of corn and soybeans) haven’t been really great the last two years, so if farmers can benefit from better prices that would be awesome.”

The Agriculture Improvement Act of 2018 authorized the production of hemp with certain regulations. This bill also removed hemp and hemp seeds from the Drug Enforcement Administration’s (DEA) schedule of controlled substances, according to the USDA.

“Snowcrow” is Darrin Albert’s first book to be published. The story has elements of horror and science fiction with an overall comedic tone.

“Snowcrow” is written in a diary-like style for the reader to understand the main character’s thought process into questioning his own sanity. The book is described by the author as a horror-comedy. The story has elements of horror and science fiction with an overall comedic tone.

“It was kind of a strange idea and I thought I would put it together,” Albert said. “It is a human and comedic story with sci-fi elements. If I were to compare it to something on television, I might say something akin to ‘Stranger Things,’ ‘Zombieland’ or ‘Gremlins.’”

“I have had several short stories published before, and that gave me the confidence to keep at it,” Albert said. “‘Snowcrow’ by World Castle Publishing is my biggest milestone to date.”

Albert grew up in Erie and attended Arthur High School. After high school, he moved to Wahpeton where he completed his first two years of higher-level education at the North Dakota State College of Science (NDSCS) and received his associate of science degree.

After two years spent at NDSCS, Albert moved to Fargo where he received his four-year bachelor of science degree in psychology from North Dakota State University. He then went on to receive his masters in psychology from his undergraduate alma mater.

Albert currently resides in Fargo and works as a mental health professional in Moorhead, Minnesota.

Albert’s book “Snowcrow,” can be found on Amazon for purchase written under his pseudonym Blake Alb.

1. This Day in History: In 1933, construction began on the Golden Gate Bridge in San Francisco Bay. Read more about it on A4.

2. Oil prices jump: Oil prices surged Friday due to concerns that Iran might respond to the killing of its top general by the United States by disrupting Mideast energy supplies. The international benchmark for crude oil increased 3.7 percent in London trading. The U.S. contract was up 3.6 percent, the AP reported. If the rise continues, it could lead to more expensive car fuel, as well as heating and electricity bills, stifling the global economy during a time when it’s already slowing.

4. ND poster boy: Actor Josh Duhamel will continue to help promote tourism in the state. His new contract is for two years and he will be paid $175,000. Duhamel, who is from Minot, has had a contract with the state since 2013 to help attract visitors to North Dakota.

Fruit and mint-flavored e-cigarette products are considered to have much youth appeal. The FDA will begin enforcing a rule banning the flavors within 30 days from Jan. 2.

The U.S. Food and Drug Administration (FDA) announced Thursday, Jan. 2 that it is prioritizing enforcement against unauthorized flavored e-cigarette products.

Fruit and mint-flavored products are considered appealing to youth. The FDA will begin enforcing the rule banning the flavors within 30 days from Jan. 2, USA Today reported.

“Under this policy, companies that do not cease manufacture, distribution and sale of unauthorized flavored cartridge-based e-cigarettes (other than tobacco or menthol) within 30 days risk FDA enforcement actions,” the administration stated.

Minnesotans for a Smoke-Free Generation said the flavor ban is weak. The coalition also takes issue with reported comments made on Dec. 31, 2019 by President Donald Trump which indicated an interest in “taking care of” the tobacco industry.

“President Trump and the FDA should take care of the nation’s kids and our health — not Big Tobacco,” stated Molly Moilanen, the coalition’s co-chair. “Nationwide Tobacco 21 was a great first step toward reversing the youth nicotine epidemic and we cannot stop there.”

Congress recently enacted a national ban on the purchase of cigarettes, cigars or any other tobacco products in the U.S. by anyone under age 21.

Minnesotans for a Smoke-Free Generation said it is urging the president to uphold a September 2019 promise to clear the market of all flavored e-cigarettes.

“The last thing our youth need is for Big Tobacco to continue their business of targeting kids with flavored, highly-addictive products,” Moilanen said.

U.S. Secretary of Health and Human Services Alex Azar said the department is taking a comprehensive, aggressive approach to enforcing the law passed by Congress.

“(We seek) to strike the right public health balance by maintaining e-cigarettes as a potential off-ramp for adults using combustible tobacco while ensuring these products don’t provide an on-ramp to nicotine addiction for our youth,” Azar stated.

In 2018, the FDA began calling teenage e-cigarette use an epidemic. Last September, leaders in Richland County, North Dakota showed their support for a ban of flavored products.

Ariel Johnson, community prevention coordinator with the Richland County Health Department, previously said flavoring is a leading factor in e-cigarette use among youth.

“We’ve been getting the calls from parents and from the youth themselves,” Johnson said. “They do want to quit. There is a scare out there.”

Johnson was unavailable for comment Friday, Jan. 3, but Chris DeVries called the ban a step in the right direction. DeVries is a member of the Project YES Coalition, which seeks to prevent all forms of underage substance abuse.

“When you consider the number of injuries and deaths that have occurred while people are vaping and know how dangerous these things can be, making it unattractive for youth to start vaping is a very good thing,” DeVries said. 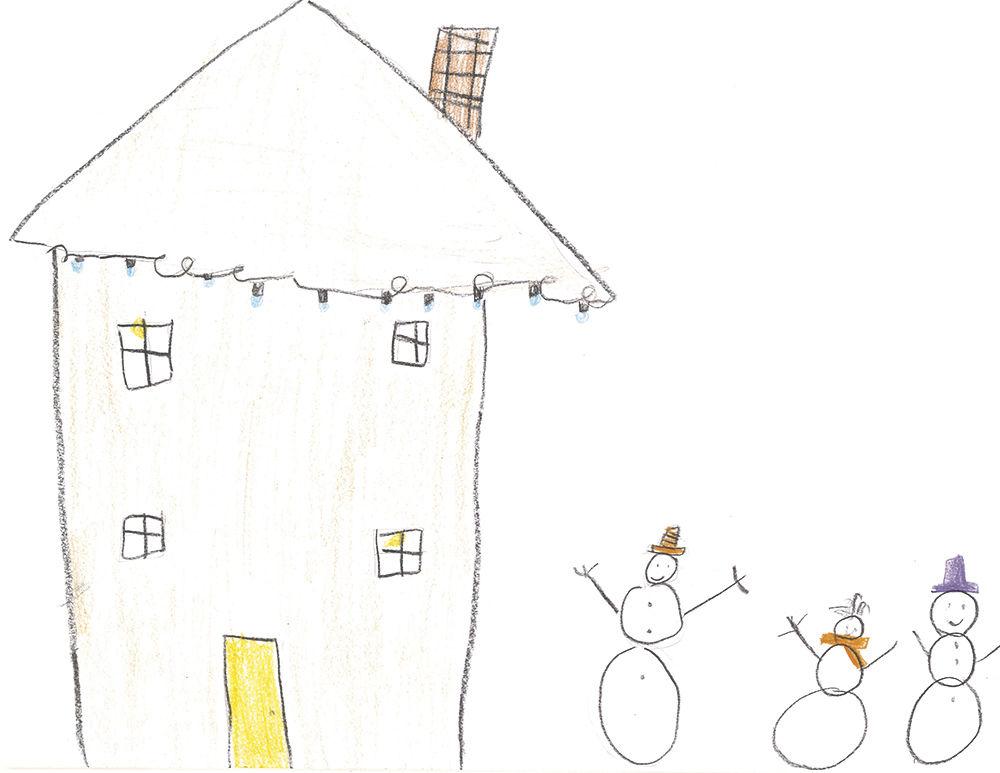