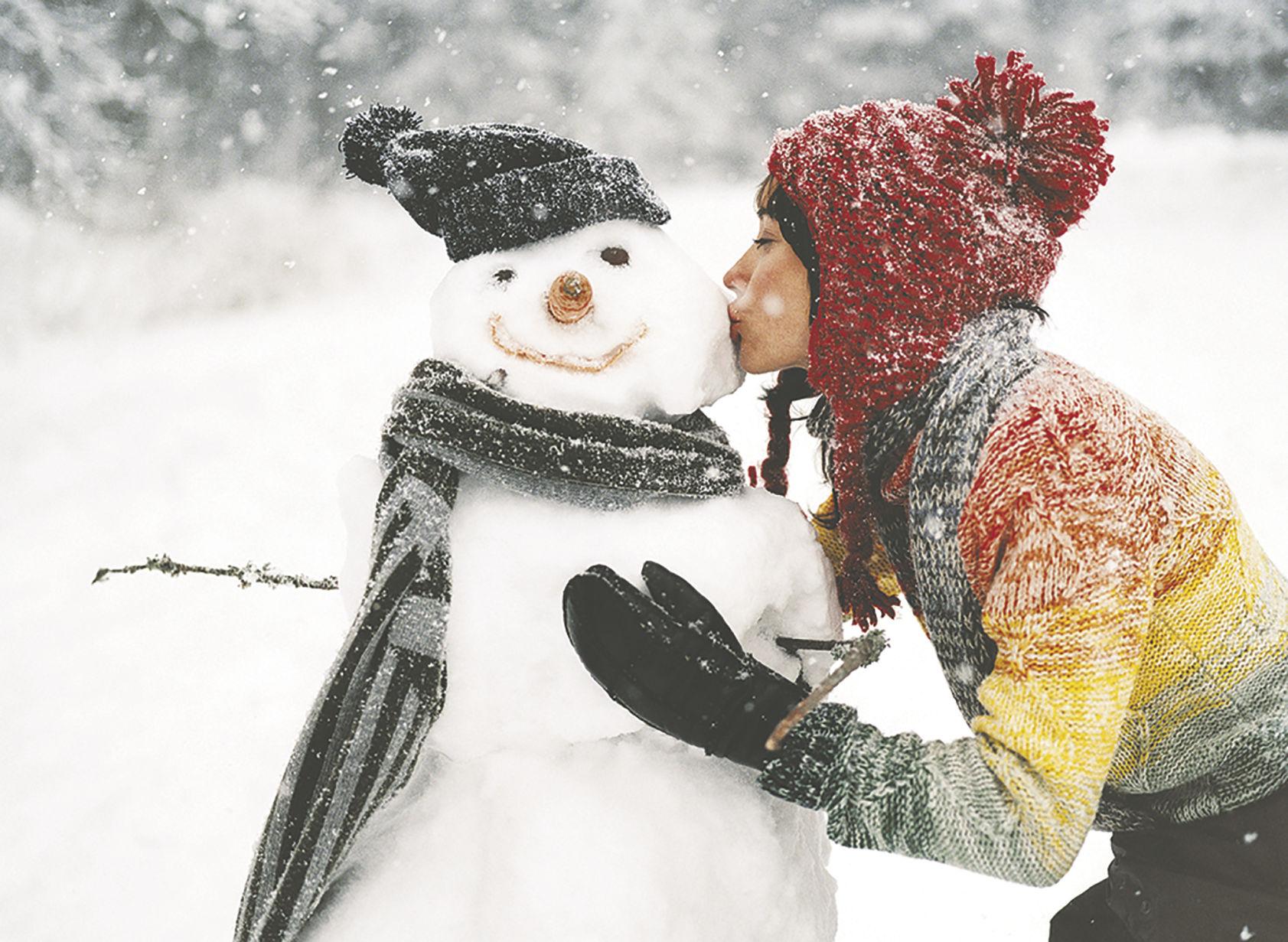 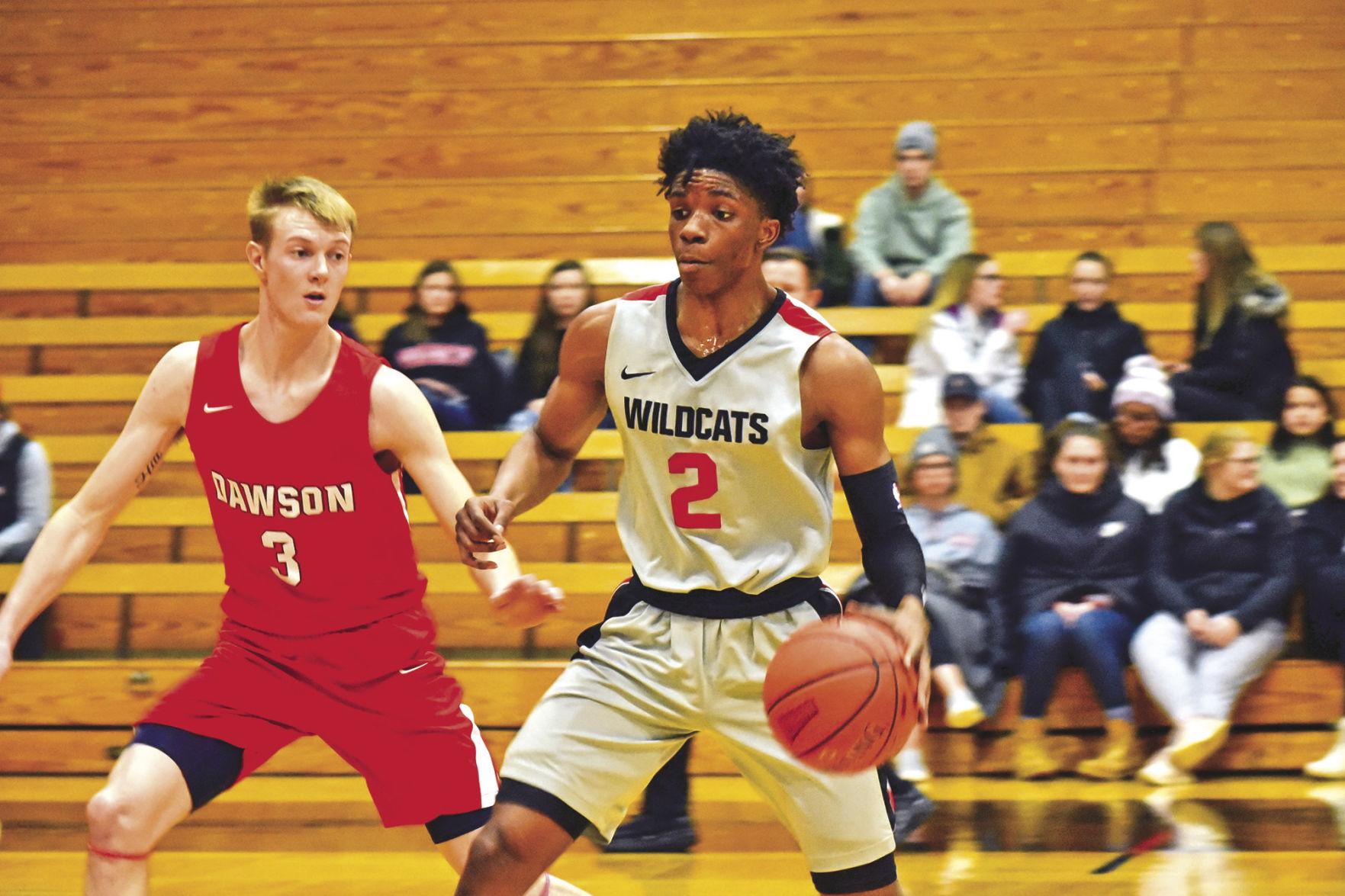 After remodels, a meat market is expected to open this year in the old Dairy Queen building along Highway 75 North, Breckenridge, Minn.

Adam Borgerding hopes to open this year a meat market along Highway 75 North in Breckenridge, Minnesota.

“This looks incredible. We are so glad you are doing this in Breckenridge and we want to support you in every way we can,” Janel Fredericksen said.

Daily News previously reported that the committee assisted Borgerding in receiving a Minnesota Investment Fund (MIF) loan. This loan will help remodel the old Dairy Queen building to fit the needs of cutting and packaging fresh meat with minor cooking as well.

“I would like to be open April 1. They (contractors) have in the contract on June 1. I will still be trying to push for April 1, but we’ll see. Everything just takes longer than I would like.” Borgerding said. “Hopefully, we will get that kicked off. We’ll have to gut the whole inside and clean all of that out. ”

He is hoping to expand his business into Breckenridge. In addition to cutting and packaging meat, he hopes to offer a deli for sandwiches and possibly pre-cooked meals.

His interior designer has planned for the retail side to be in the front entrance and the back will be open for cutting meat. He hopes to eventually install a smoker. Until then, all meat is expected to be smoked at his Melrose location.

In other news, the committee approved of the resolution for the consent to purchase a property and to waive and release the restrictions of a Minn-Kota Ag Product property. The recommendation will go in front of the Breckenridge City Council on Monday, Jan. 27.

If approved by the city council, the city will purchase the property from Minn-Kota for $70,000. The committee previously conveyed the same property to Minn-Kota with a warranty deed that contains a restrictive covenant to “commence developing the property within the designated three years.”

Minn-Kota disputed the committee’s determination of what developing property meant under the deed. Additionally, the committee did not exercise any enforcement of this restriction.

Due to the lack of clarity and enforcement, the committee and Minn-Kota agreed to waive and release the deed restriction and allow for the purchase of the property back to the committee.

Port Authority’s next meeting will be held at 4 p.m. on Wednesday, Feb. 5 at City Hall.

This is the fourth year that the local Make-A-Wish chapter has challenged grades 1-5 to raise the most money. Students have been collecting coins from under the dryer, inside the couch and from their parents to donate to the organization.

A total of 24 classes participated in this year’s challenge. Those classes raised $972.02. The goal each year is to raise $1,000. An anonymous donation was made in the elementary’s office to bring that total up their goal.

The money collected will stay in the North Dakota Make-A-Wish funds.

“An average wish costs either a little more or a little less than $10,000,” volunteer Kaycee Fuder said.

The local chapter has granted a total of three wishes last year to children in the area. In the past, the volunteers have participated in wishes that have brought children to Disney World, Hawaii and a National Football Championship game. They have also brought children on shopping sprees and to watch how Bobcat is built.

“We had one (child) that got a service dog,” Fuder said. “The kid had seizures and so this dog was able to detect them. The six-year-old boy can’t speak and so the dog became his voice. They had to go to Ohio for training.”

The chapter is currently working with a child in Fargo who wants a playground built in his backyard.

Dentists and dental students will be available from 9 a.m.-3 p.m. Friday, Feb. 7 at NDSCS’ Mayme Green Allied Health Center, just off Fourth Street North in Wahpeton. The care is free, but an appointment must be made.

“Give Kids a Smile,” which proves free dental care for ages 3-18, is returning to North Dakota State College of Science.

“It’s an un-intimidating environment when we have so many people coming in for appointments at the same time,” Department Chair Rhonda Edwardson said. “Those age groups see other children going back and having fun and it’s a good experience. That’s really what we want to have for the younger children.”

“We see people from the community on a daily basis in our clinic. They’re coming for preventative care. A lot of those patients don’t have insurance or an established dental home. Even if we can give one day back to giving free dental care, that’s where the reward is,” Edwardson said.

“They find it very rewarding. They see the need and the people who are so appreciative of receiving the care. It’s very rewarding for everybody. I’m glad that we can have that chance to let the students be part of this experience,” Edwardson said.

“We’re taking appointments from anywhere in our region,” Edwardson said. “We’re very grateful that the opportunity is here in our community to provide this dental care. We’re also grateful for all of our volunteers.”

1. The Doomsday Clock was set at less than two minutes to midnight on Thursday. The clock is a symbolic, not actual, measure of the likeliness of a human-cased apocalypse. The Bulletin of the Atomic Scientists cited factors including looming threats from nuclear weapons and accelerated global warming.

2. Remember to share the love and positivity today. National Compliment Day is observed on Jan. 24 each year. Compliment enthusiasts share the day with the celebrants of National Peanut Butter Day.

3. Mr. Peanut, mascot of Planters snack foods, is being killed off in a commercial the company will air during the 54th Super Bowl. The commercial depicts the 104-year-old performing what Planters calls “the ultimate selfless act.” The Super Bowl airs Sunday, Feb. 2.

Herbert W. Chilstrom, who led more than 5 million Lutherans after the Evangelical Lutheran Church of America launched in 1988, died Sunday at his home in Sahuarita, Arizona. He was 88.

Chilstrom was a loyal Minnesotan with deep Swedish roots and a deeper love for Christ and people.

He served as a pastor in Pelican Rapids, Elizabeth and St. Peter, Minnesota, and was a dean at Luther College in New Jersey before becoming bishop of the Minnesota Synod in 1976.

Chilstrom was elected first presiding bishop of the ELCA when three Lutheran denominations merged, and represented the church in several roles on the national and international stage. He led a committee for the National Council of Churches that looked at forging ties between that group, Catholics and evangelicals.

Soft-spoken but firm, Chilstrom forged a path guided by Scripture and prayer and shaped by life experiences that often put him at odds with fellow conservative Christians.

“I’m an evangelical conservative with a radical social conscience,” Chilstrom told the Green Valley News in 2012. “Christ is my heart and the soul of my life. Radiating out from that is my conviction about being involved in the structures of society.”

Chilstrom did not hesitate to enter an arena where few had gone, and where few still go today: Evangelically conservative and socially radical.

“I live on both sides, and I live there all the time,” he said.

He said his convictions and views on homosexuality were changed after a meeting in 1977, when he was bishop of the Minnesota Synod.

Chilstrom said he was approached by several men who told him, “We’re gay, we’re Lutherans, we’re part of the synod, and we’d like to talk to you.”

They set up a meeting at a home in St. Paul. He entered what turned out to be a mansion and found 20 to 25 men sitting in a semi-circle in the entry hall.

“They were petrified, too, because they were coming ‘out’ to the bishop,” he said.

The men were sons of Lutheran pastors and many were graduates of Lutheran colleges. Chilstrom knew most of them or their families.

“They simply told their stories,” he said. “Their stories centered on how they didn’t choose to be gay.” One by one they told him they’d prayed to “go straight,” had counseling, read books.

“We finally realized this is who we are, and we got comfortable with who we are,” they told him. “They were living in great fear of being outed.”

For Chilstrom, “It was the start of rethinking” his beliefs on the Bible and sexuality. He read books, read the Scriptures, and met with gay and lesbian groups — “and I was especially impressed with their Christian faith.”

“My mind was changing but I refused to change until I could figure out how to deal with Scripture,” he said.

Chilstrom eventually concluded that the Bible’s condemnation of homosexuality referred to “abusive sex, domineering sex, which we’d all agree is inappropriate and sinful. But I found the Scriptures silent regarding the people I was meeting.”

In the heart of Jesus, he decided, there is love and acceptance for gay men and women, though he acknowledged the Bible doesn’t present any examples of homosexual couples in what he’d call acceptable relationships.

In retirement, he occasionally preached at Desert Hills Lutheran Church in Green Valley, Arizona, where he and his wife, Corinne, attended.

He also wrote several books, on everything from dogs to a brother with special needs and a teenage son who committed suicide. He traced his paternal family history to the early 1600s.

“No matter how insignificant one may feel, everyone should leave an account of one’s life,” he told the Green Valley News. “Even a few paragraphs may become a treasure trove for future descendants.”

Chilstrom, who lived at La Posada in Green Valley, said his autobiography, “A Journey of Grace: The Formation of a Leader and a Church,” is his “signature work.”

He is survived by his wife of 65 years, Corinne (Hansen), also a pastor; a daughter, Mary Cress of Mesa, Arizona; and a son, Christopher Holt of Baltimore; and four sisters, Winnifred Christenson of Robbinsdale, Minnesota; Virginia Francis of Pickens, South Carolina; Martha (Charles) Anderson of Ashby, Minnesota; and Janet (Frederick) Sickert of West Linn, Oregon.

According to the ELCA, the family asks that memorial gifts be given to the Herbert Chilstrom Chair in New Testament Studies at the Lutheran School of Theology at Chicago, or to one of the Chilstrom Student Scholarship Funds at Luther Seminary; Augsburg University, Minneapolis; Gustavus Adolphus College, or Concordia College, Moorhead, Minnesota. 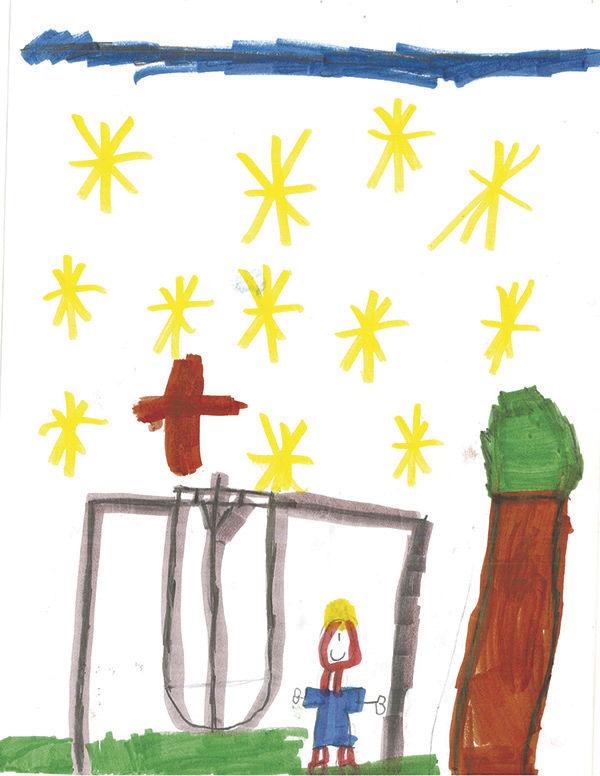