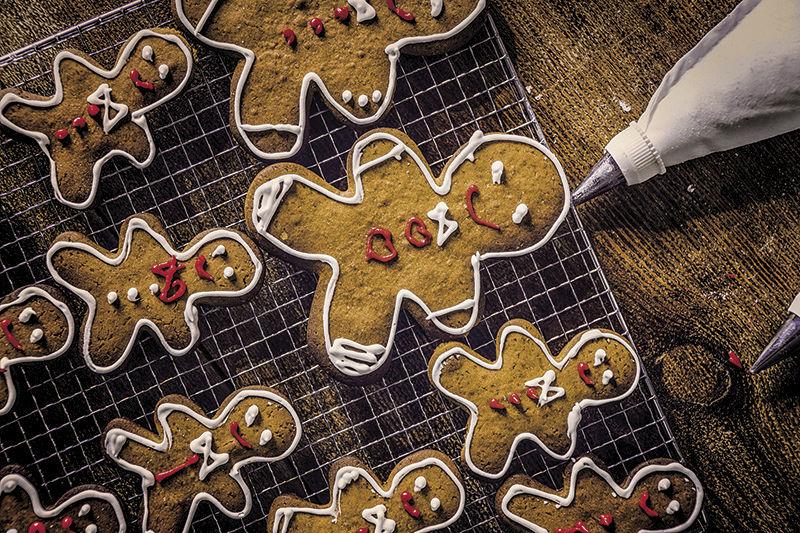 READER PHOTOS: Find out what a Hankinson family did over the holidays 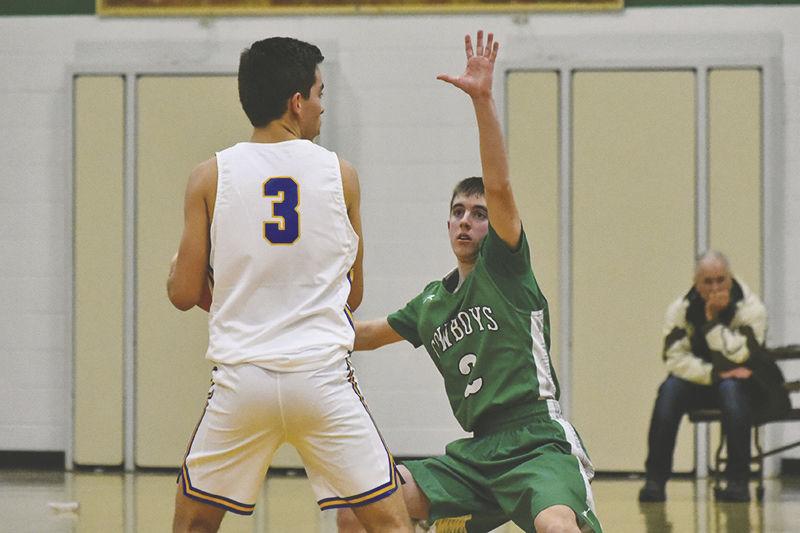 The Wahpeton Park Board applied to the U.S. Army Corps of Engineers for a permit to create a ramp into the Red River at Kidder Recreation Area that will make it easier to install and remove this fishing pier.

The public comment period for a project to make installation and removal of the fishing pier at Kidder Recreation Area, Wahpeton, easier has begun.

Comments will be accepted until Monday, Jan. 6, 2020, the U.S. Army Corps of Engineers, Omaha District, announced. Approximately 0.01 acres of the Red River of the North would be affected by placement of fill material, the Corps stated in Public Notice NWO-2007-00155-BIS.

The Wahpeton Park Board applied for the project. What’s being proposed, the Corps wrote, is the establishment of a ramp from the bank at the site of Kidder Recreation Area’s fishing pier. It would extend approximately 30 feet into the Red River.

“This ramp would allow the board staff to more easily install and remove the fishing pier,” the Corps continued. “The board proposes to use a combination of 35 cubic yards of clay to establish the ramp and 70 cubic yards of 4- to 18-inch rock riprap, approximately 24 inches thick, to protect it from erosion.”

“The accessible fishing pier at the Kidder Recreation Area provides many hours of great Red River fishing for local and camping fishermen,” Wahpeton Parks and Recreation Director Wayne Beyer said. “The proposed project provides a sloped shoreline that allows easy placement of the pier in the spring and removal in the fall. The river channel has presently eroded a slight drop-off.”

“The applicant believes there is a need to complete this project to prevent damage to the pier during seasonal installation and removal,” the Corps stated.

Comments may also be emailed to CENWO-OD-RND@usace.army.mil. Whether e-mailed or handwritten, comments must reference Public Notice NWO-2007-00155-BIS.

“The Corps is particularly interested in receiving comments related to the proposal’s probably impacts on the affected aquatic environment and the secondary and cumulative effects,” the district stated. “Anyone may request, in writing, that a public hearing be held to consider this application.”

Development of the Kidder Recreation Area began in the mid-1990s, according to the public notice. There was a cooperative agreement between the Wahpeton Park Board and North Dakota Game and Fish to establish public fishing access. Additional sponsorship has come from the Red River Areas Sportsmen’s Club.

Over nearly 25 years, there have been authorizations for a boat ramp, boat dock, fishing piers, fishing platform, access stairway and bank stabilization.

“The entire west bank between Kidder Dam and the Highway 210 Bridge has been stabilized,” the Corps wrote. “The projects have been authorized by a combination of permit types.”

In 2015, however, the Corps determined that work from all of the above projects resulted in more than minimal impacts. They required an individual permit.

“Under the current regulations, the current proposal and any future proposals that are not determined to be maintenance of a permitted structure or fill require evaluation as an individual permit or permit modification,” the Corps stated.

All reasonable project alternatives, in particular any which may be less damaging to the aquatic environment, will be considered by the Corps. As of the public notice, no information about alternatives had been submitted.

From Saturday through Monday, much of the Red River Valley could see snowfall amounts totaling anywhere between 6-18 inches.

Hoar frost clung to trees along the Red River Thursday afternoon, making for an idyllic scene at Kidder Recreation Area in Wahpeton. The Twin Towns and much of the Red River Valley could get a foot of snow or more from a winter storm coming this weekend.

A potentially major winter storm will hit the midwest this weekend and into early next week, bringing the threat of whiteout conditions and more than a foot of snow over portions of the Plains, AccuWeather meteorologists said Thursday, Dec. 26. The Red River Valley is expected to get more than 6 inches and could see more than a foot, the National Weather Service reported.

A wintry mix of ice, sleet and snow will develop over parts of Colorado, Kansas and Nebraska Friday afternoon. As colder air filters south from Canada, snow will begin to spread across the Plains Friday night. The storm system will intensify as it expands northward into the Midwest by Saturday. Steady snowfalls and gusty winds will be felt from North Platte, Nebraska to Aberdeen, South Dakota, creating the potential for blizzard conditions. The eastern Dakotas and extreme western Minnesota are likely to also be impacted.

The National Weather Service defines a blizzard as a storm which contains large amounts of snow or blowing snow, with winds of excess of 35 miles per hour and visibilities of less than a quarter of a mile for at least three hours.

The storm system will continue to bring heavy snow and gusty winds leading to whiteout conditions across the Plains and northern Midwest on Sunday. Fargo and surrounding areas should expect the conditions to remain for much of the day, meteorologists said.

The Twin Towns and Fargo are expected to see more than six inches of snowfall through the weekend. Freezing rain is possible near the North Dakota-South Dakota border and northern Minnesota on Saturday, the National Weather Service reported. Winds will increase late Saturday night and Sunday, with blowing and drifting snow expected.

The fall and winter months tend to be unpredictable for job growth because of the seasonal effects of weather, according to DEED Commissioner Steve Grove.

A seasonal adjustment measuring technique is used to remove the influences of predictable season patterns in an attempt to reveal how unemployment changes from month to month.

“The fall and winter months tend to be unpredictable for job growth because of the seasonal effects of weather,” DEED Commissioner Steve Grove said. “Strong wage growth and one of the highest labor force participation rates in the nation both suggest that the state continues to experience a tight labor market.”

The largest jobs gained over the year are in leisure and hospitality with an increase of 3,800, other serves up by 900, professional and business services up 800, financial activities up 300, trade transportation and utilities up 300 and government up by 100.

Sectors that experienced a loss in jobs during November are construction with a decrease of 4,900, manufacturing down 2,600, education and health services down 1,500, information down 100, and mining and logging down 100.

The labor participation rate holds at 70.3 percent. In October, the labor force increased by a tenth of a percent, indication the gap in jobs and workers slightly decreased. Minnesota experiences high job vacancy and the state is hoping to fill those jobs. The employment to population is 68 percent. The labor force participation rate and strong wage growth indicate a tight labor market.

2. Final four days: 2019 will go out like a lion, with a weekend blizzard headed our way. A low pressure system brought flooding rains over southern California Thursday, closing mountain roads and high desert passes with heavy snow and ice. The high plains will receive a significant winter storm from this system starting Saturday and remaining in the Red River Valley region through Monday. New Year’s Eve is expected to be mostly sunny with a high near 16 in the Twin Towns.

3. Snowmobile safety: Conservation officers from the Minnesota Department of Natural Resources are reminding all snowmobile riders to make safety their priority as the number of fatal crashes around the state has trended upward the past few years. Three riders have died so far this winter and there have been other close calls, including snowmobiles that have gone through the ice and an instance in which a person was hit while walking on the ice. Last winter, 10 riders lost their lives in snowmobile-related crashes.

Breckenridge Family Community Center is pushing the clocks forward to celebrate the New Year’s Eve in London time. The center will be holding its celebration from 3:30-7 p.m. Tuesday, Dec. 31 at the community center. When the ball drops in London at their midnight, Minnesota’s 6 p.m., the center will have a balloon drop to bring in the new year.

“We are taking ourselves and our imaginations over the pond to celebrate in London,” Director of Breckenridge Community Center Mandy Steinberger said. “This event is great for those kids and parents who don’t want to stay up until midnight.”

The center will be hosting the community for games and door prizes for all to enjoy. There will treat bags, cookies, hot cocoa and sledding while waiting for the balloon drop.

Fruit punch will be served so that everyone will be able to toast in the new year.

“It’s going to be so much fun,” Steinberger said. “I am really excited that we can hold this event. We are open at 1 p.m., so families are welcome to come early. We are really hoping for great weather. The skating and sledding is really great for kids during this time of the year to stay active.”

For more information, call the center at 218-643-1282 or visit their Facebook page for event details. 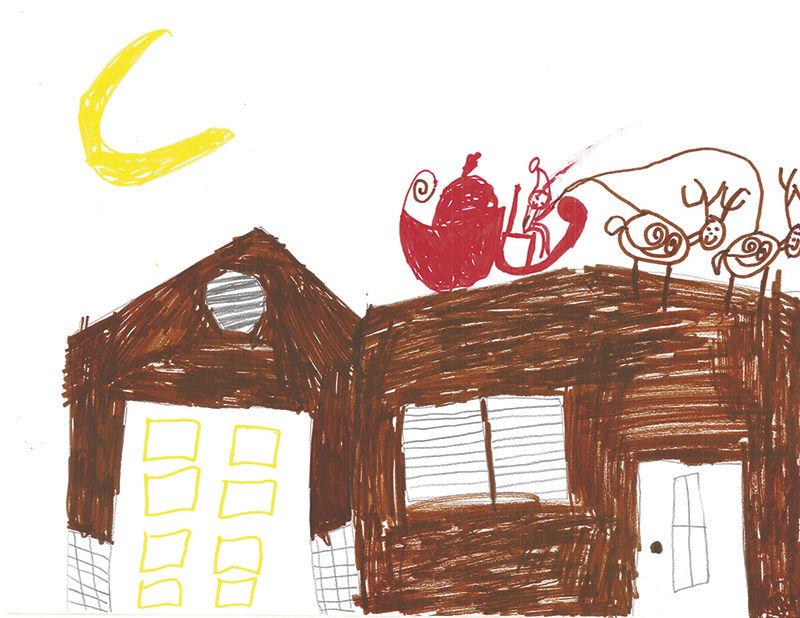