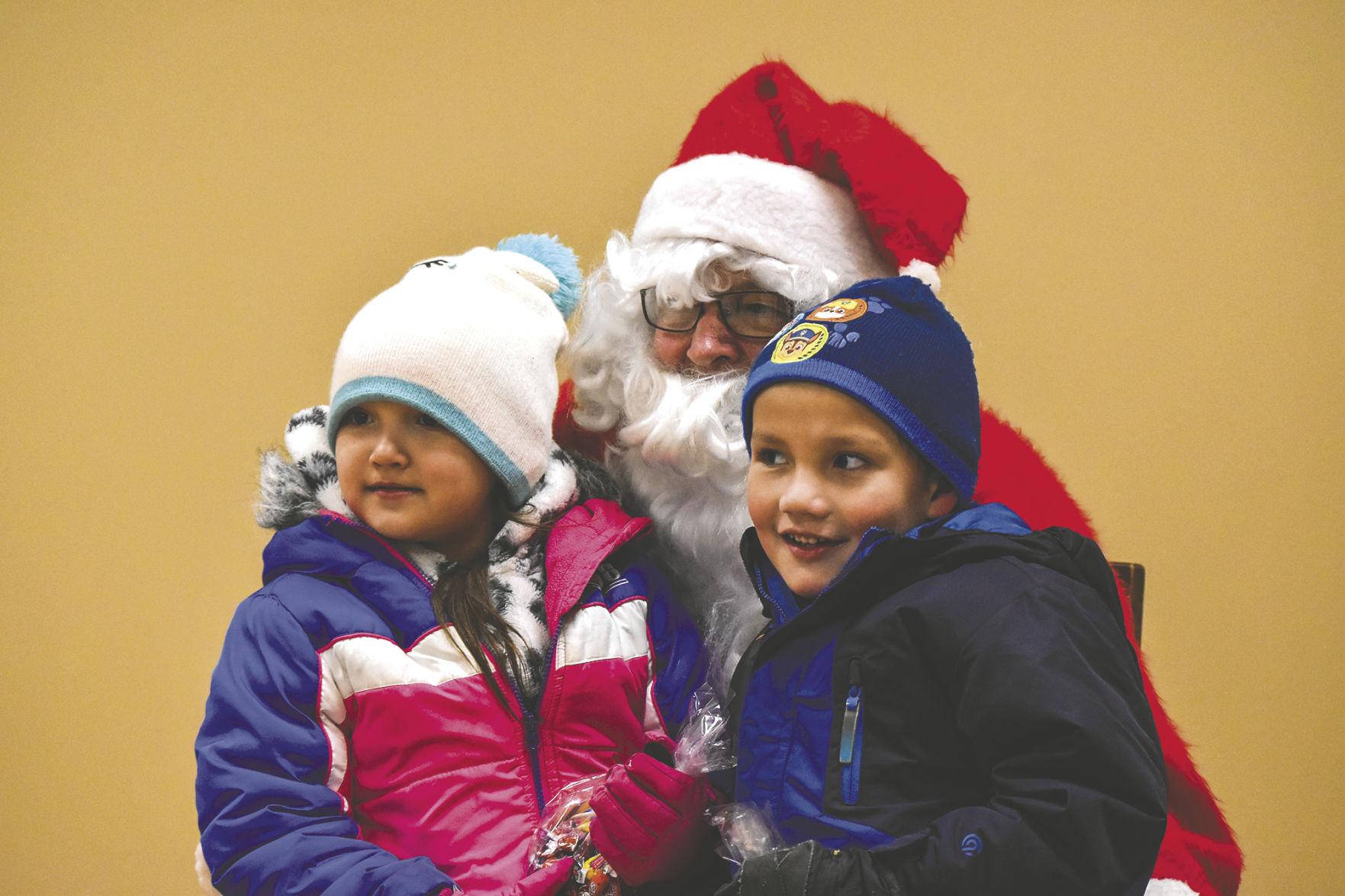 GOODLIFE: Christmas in the country

Less than 24 hours after a school bus was struck by a slow-moving train at Lidgerwood, North Dakota, school administrators were trying to create normalcy for children.

Local clergy and extra counselors were on hand Friday, Dec. 20 to talk to students. Lidgerwood Superintendent Mark Weston said teachers met before school to remind them to be alert for signs of trauma or injury.

“I’m so glad we have this day. Many of the students are here. One young man was just in the office, his arm in a sling. They could have been sitting at home, letting their mind race. This way we can help them through,” he said.

The public school bus was northbound on Fourth Avenue Northeast and was crossing two sets of Dakota Missouri Valley Western Railroad tracks, a release from the North Dakota Highway Patrol said. While crossing the tracks, the bus was struck at right angle by a DMVW train traveling eastbound at a slow speed.

The front of the train struck the driver’s side of the school bus at the rear axle. The force of the collision caused the bus to rotate counter-clockwise and then roll onto its passenger side, Highway Patrol said.

The train included two locomotive engines and 10 loaded grain rail cars. The engineer was Michael Mallett, 51, of Oakes, North Dakota, and the conductor/witness was Terry Roney, also 51 and of Oakes. Both were uninjured, the highway patrol said.

Eighteen students, which is 10 percent of the small school’s student body, and the 69-year-old male bus driver, identified by law enforcement Friday as Michael Skroch of Lidgerwood, were on board. Five students were injured, including one who was transported by LifeFlight to a Fargo hospital with what appears to be non-life threatening injuries, Weston said. Tests were being done Friday so the full extent of injuries are unknown, he said. Three students were transported by ambulance, and one was transported by his parents to the hospital. The students ranged in age from 6 to 18.

The incident is under investigation by the North Dakota Highway Patrol, which indicated to Weston it will take about 10 days to two weeks to determine cause, he said.

A school bus was struck by a slow-moving train Thursday, Dec. 19 in northeast Lidgerwood. There were 18 students and a 69-year-old male driver on board. Five injuries were reported, including to one student who had to be LifeFlighted. with what are reportedly non-life threatening injuries.

Kim and Chad Willow, left, and co-star Travis Smith showed off their skills as musicians and singers while performing in the latest ‘A Magical Medora Christmas’ tour. The tour is set to conclude Sunday, Dec. 22 in Bismarck.

Music, magic, comedy and cheer were in high supply Wednesday, Dec. 18 in Wahpeton.

“It is because of loving and supportive people such as yourselves that we are able to take the Magical Medora Christmas show on the road,” the cast stated in the event program. “It brings us so much joy to share this magical Medora show with you this holiday season.”

“Medora is famous for its summer romances that last past the summer,” Sorensen said, referring to Walter and Sletten, as well as the Willows.

Sorensen’s home in Medora was recreated on the Bremer Bank Theatre stage. It was the setting for “Home for Christmas,” which gave the audience an idea of what rehearsals among Sorensen and his friends looks like.

While no two Magical Medora Christmas shows have been the same since the tours began in 2015, there are a few common threads.

Sorensen and Chad Willow traded jokes about the latter’s fondness for the banjo (and the former’s disdain for it). Walter’s eye-catching gowns and passionate singing once again impressed the audience. Kim Willow and Smith, who joined the tour this year, had equal chances to make names for themselves.

The familiarity wasn’t lost on Christenson, who bantered with Sorensen about his shift to a more rock ’n’ roll style of singing.

Christenson’s solos included “Christmas (Baby Please Come Home)” and “All I Want For Christmas Is You.” The evening also included “White Christmas” by Smith, “All Is Well” by Kim Willow and “From a Distance” by Walter. The latter song included special, holiday-centric lyrics.

Don and Mary Madison, Fergus Falls, Minnesota, have been married for 48 years. They’ve also made 40 visits to Medora, North Dakota.

“I went out as a child, before they had the interstate,” Mary Madison said. “The roads were gravel. We stayed as a family — there were eight kids and mom and dad. The hotels and motels were very, very primitive. It has changed quite a bit.”

The Medora Musical, performed nightly each summer at the 2,900-seat Burning Hills Amphitheatre, has long been a favorite of the Madisons. They shared facts about the show, like how there’s never been a sold-out performance. Thanks to the outdoor venue, there has been numerous standing room only performances.

Supported by the Theodore Roosevelt Medora Foundation, the Medora Musical was first performed in 1965. The next season of 100 performances only begins Saturday, May 30 in Medora.

“That’s what it is,” Mary Madison continued.

“Home for Christmas,” which has been performed in four states, concludes Sunday, Dec. 22 with two shows in Bismarck.

Look to Daily News, in print and online, for coverage of local Christmas events.

Wilkin County Family Services distributed Christmas gifts on Thursday, Dec. 19. This year, 183 children were shopped for and given gifts from local businesses, community members and the county’s family service agency. The Christmas Project has been a lasting tradition for nearly 25-30 years, said Annie Boesen, office support specialist for the family service agency.

“We’ve hosted the Wilkin County Christmas Project for many years,” Family Services Director Dave Sayler said. “We have many great families, community groups and businesses who sponsor and purchase gifts for low-income families in Wilkin County.”

Recipients were Wilkin County residents who currently receive services through the agency. Eligible families received a letter from the agency and those families who chose to participate provided information about their child or children to help shoppers purchase gifts. The form included information such as age, gender, size, interests and hobbies.

Shoppers were able to “adopt” a family to shop for or provide monetary donations. There were approximately 20 businesses and community members who participated in the Christmas Project this year. The identities of the children and families are kept private.

“We have clients that are very grateful. Some clients are new to the area and they can be very surprised, shocked and grateful,” Boesen said. “Our community is very giving.”

Amanda Frederick, State Farm Insurance Agency, received a letter from family services and decided to participate. This is their second year participating in the Christmas Project.

“We received a letter asking us to participate in helping kids and families in the area in need. After we replied Annie sent out a list with descriptions of the family’s information for the types of gifts we could shop for,” Office Manager Jenn Tolbert said.

“We like to get involved in the community,” Frederick said. “If we know there is a need or there is someone who needs help we like to do that. It’s fun too.”

1. This Day in History: The first gorilla was born in captivity on this day Dec. 22, 1956, at Columbus Zoo in Ohio. Colo weighed approximately 4 pounds. Read more about it on A4.

The original proposed contract Wilkin County had with LSS for 2020 was for the amount of $136,426. After the board talked with Coughlin, they approved to increase the budget to approximately $145,000 to include additional services that have the potential to prevent families from having to enter intensive in-home treatment and child displacement.

These additional services, Family Community Support (FCS), work within the family system to educate families on what a safe and healthy environment looks like in a home. This educational service is designed to prevent disruption to the child and cause childhood trauma.

“What we do during that time is really important,” Coughlin said. “We are doing parental skills, we are doing skills and family assessment. What we are really trying to do is prevent out of home placement to these kids.”

The mentoring and modeling program is being implemented in Otter Tail County. Of the 78 families that participate in the FCS services, only one family had to be referred to intensive in-home treatment, Coughlin explained.

“That’s the success we’ve had in Otter Tail,” Coughlin said. “They value us a great deal. They see the benefit of this.”

FSC is not therapy or treatment, rather it is a mentoring and modeling of a healthy family system that aims to keep families together through providing families with adequate skills, Coughlin explained.

“In concept, it seems it is the right thing to do,” Vice Chairman Dennis Larson said.

Commissioner Neal Folstad said that he believes FCS services would lend to these kids developing to become healthy adults. Folstad made the motion to approve an increase in budget. The board unanimously voted in favor of an increased budget.

Close to 300 people attended the 2018 Community Christmas Dinner at Faith Church, Wahpeton. Nearly 200 meals were delivered that day. The 2019 event will be held beginning at 12 p.m. Wednesday, Dec. 25.

“It’s a real blessing for people who can come and share a meal with other people,” Loryn Klumper said.

Klumper, who has spent nearly 20 years volunteering with the dinner, is one of this year’s co-organizers. Loryn and Joyce Klumper will oversee approximately 135 tasks, ranging from cooking turkeys to serving food to taking down tables and chairs when the dinner’s finished.

“We start serving at noon and it lasts until approximately 1:30 or 2 p.m.,” Loryn Klumper said.

“We’ve had such a good response every year,” Nancy Schmidt said. “It’s such a good combination of people.”

Pre-ordering is required for home delivery.

“Last year, we served boneless turkeys,” Klumper said. “This year, we’re returning to the traditional turkey. Different folks are cooking the turkeys and will be bringing them in on Wednesday morning.”

“We’ll have a variety of desserts and different treats, including bars and cookies,” Klumper said.

Earl and Albertine Stoltenow held Faith Church’s first Christmas dinner in 1988. It was attended by 141 people.

“Over the years, the Stoltenows brought their children and grandchildren to help out or visit with guests,” Daily News previously reported.

For decades, the dinner has been held for or delivered to people who would like to share a meal.

“Christmas can be the loneliest time of the year if you don’t have friends and family to spend it with,” said Earl Stoltenow, who died in 2017 at age 93.

In 2001, the Stoltenows handed the meal’s overseeing to Marlo and Sharon Seibel. The Seibels continued leading the event until 2013, when responsibility was assumed by Dan and Marsha Ceminski. This year, the Klumpers take on the role of overseeing.

“It’s a real community effort that people want to be involved in,” Loryn Klumper said. “It’s a real ministry and it draws people to help out. We have a lot of people from the community, not just from our church, who come and help out.” 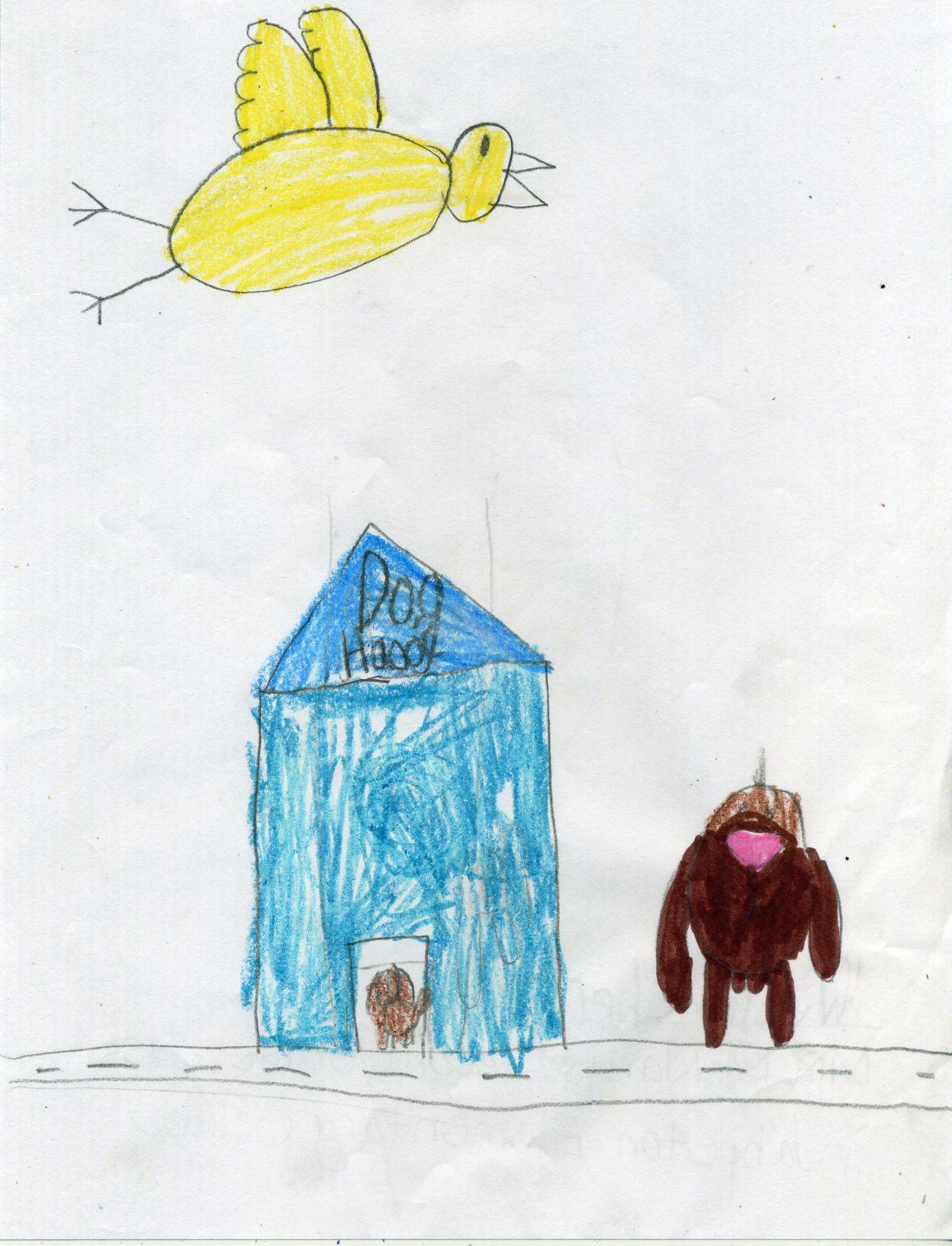