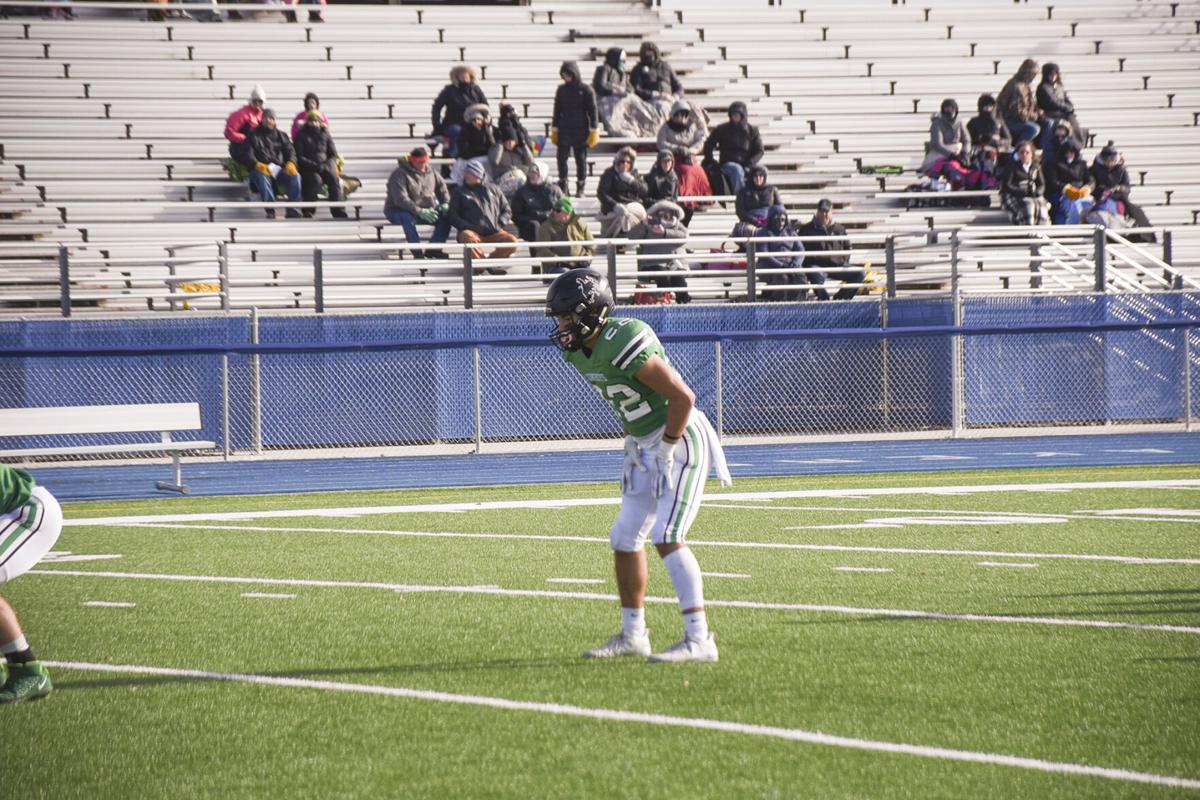 Chris Nieto’s (pictured above) football season was affected with a season-ending injury just four games into his senior season. 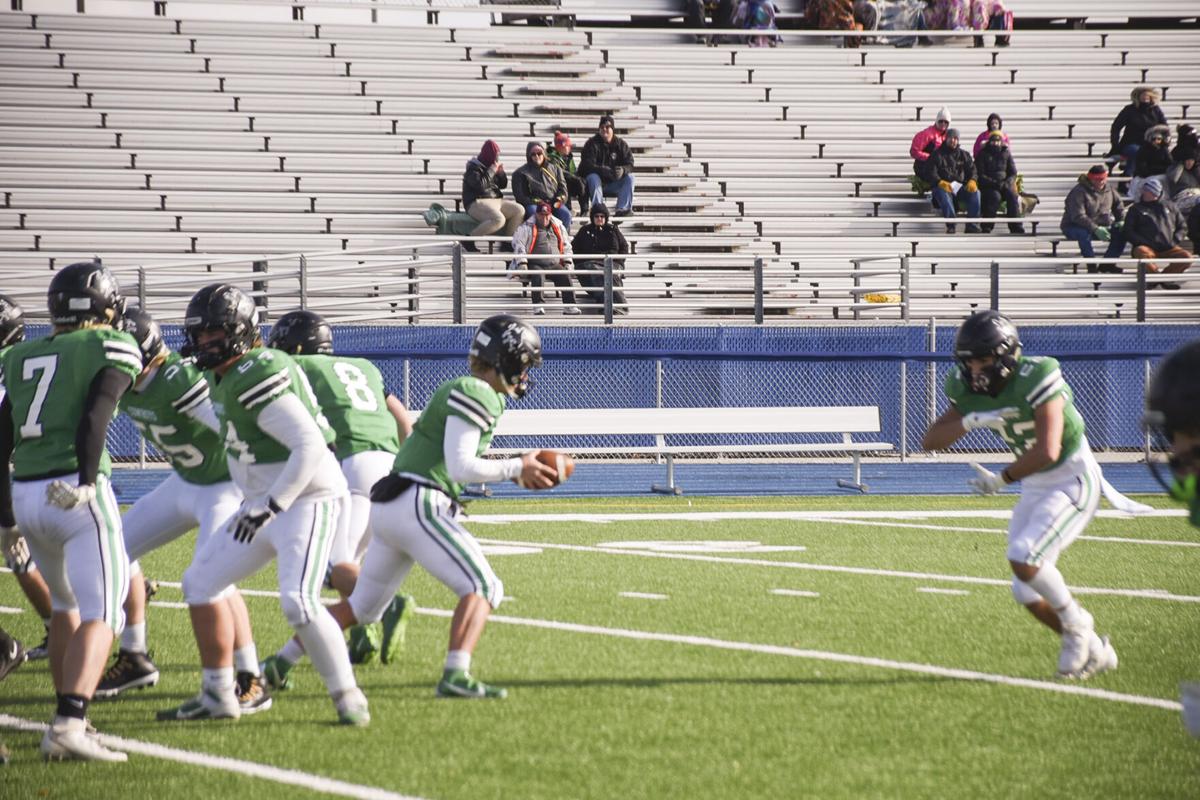 Chris Nieto takes a handoff in warmups in what would be his final game of the season against Royalton Saturday, Oct. 31, 2020.

We have lifted the paywall on this story. To support essential reporting, please consider becoming a subscriber.
1 of 2

Chris Nieto’s (pictured above) football season was affected with a season-ending injury just four games into his senior season.

Chris Nieto takes a handoff in warmups in what would be his final game of the season against Royalton Saturday, Oct. 31, 2020.

Editor’s note: In March we are publishing a four-part series on mental health. Each Tuesday edition of Daily News and News Monitor will feature a different aspect of how we are addressing mental health and mental illness in our communities. Each story will also offer available resources.

March 9: Part 1 takes a look at how school leaders and teachers are managing not just their own mental health, but that of their students, during the coronavirus pandemic.

March 16: In Part 2 we feature student athletes and hear how they are coping, as well as speak to healthcare professionals who work with youth and mental illness.

March 23: Part 3 focuses on law enforcement’s role in addressing inmate mental health and the diminishing resources available to assist them.

March 30: Part 4 features interviews with area families affected by the suicide of a loved one.

The COVID-19 pandemic threw a curveball at some of the opportunities that student athletes had going into the 2020-2021 school year. Minnesota Gov. Tim Walz announced that the fall 2020 sports season would be pushed to spring 2021. During that time, athletes in the Breckenridge, Minnesota, community were devastated that their potential run at a section championship and state title would be held off.

One Breckenridge football player who went through the worst of it was Chris Nieto. He waited for the delayed season to start, followed by a gruesome injury he suffered in the first month of the season. When Walz announced fall football being pushed to the spring, it was hard for Nieto to describe how he and the rest of the team felt.

The team was curious how it would affect the baseball season, because many of the football players are also spring baseball players.

“We were nervous because when they decided to push it back to the spring, we didn’t know how that was going to affect baseball,” Nieto said.

The pandemic changed a lot of the players’ mindsets, especially knowing that each game could be their last of the season. In mid-September 2020, the Minnesota State High School League announced the fall season for football would start in October. Many of the players, including Nieto, felt relieved when they heard the news.

“It put a lot of pressure on us,” Nieto said about baseball and football potentially being intertwined. “Having to focus on two sports, that’s a lot on your shoulders.”

Nieto had a productive first month of the season until he suffered a leg injury that would end not only his football season, but basketball and baseball for the rest of his senior year.

“It was heartbreaking,” Nieto said. “When something happens like this your senior year, you miss out on so many memories you could be making with your best buds.”

Nieto is fortunate that “God has come out on his side,” he said. Since the injury, he signed with North Dakota State College of Science to play football. He has been recovering and going through rehab to get healthy for the start of his college career.

Many athletes are back in a good headspace because they sought to improve their mental health. Mental health professionals have played a role in the return of sports. Many athletes went through struggles off the field because of the lack of social interaction during the pandemic and not having sports to go to when they were facing challenging times.

There’s usually a spectrum for athletes when it comes to mental health. Megan Kampstra is a mental health practitioner from Birchwood Therapeutic in Breckenridge and Fergus Falls, Minnesota. She has worked with athletes about the struggles they go through.

“Being out of athletics and not having the team seemed to be difficult for them because they seemed to not have as much socialization,” Kampstra said. “Mental illness can be prevented when they have a strong support system and teams can often provide that for athletes, and they can feel like they’re part of something, and it can keep them practicing traits like mindfulness.”

Mindfulness is used in therapy, Kampstra said. This also teaches useful skills and has proven effective for an athlete going through difficulties.

COVID-19 was the measuring stick of mental health for athletes. The correlation of no sports and mental health was a crucial factor on why sports returned in the fall instead of the spring.

“I saw a lot (of students) kind of feeling helpless,” Kampstra said. “It’s been a major blow. Some of them have sought mental health services because of this. At the same time they lost sports, they weren’t able to engage with their peers as much.”

“A physical body and working out leads to a healthy mind,” Kampstra said. “Those catastrophic injuries could be a change in identity.”

Kampstra recommended that anyone struggling should seek help from a mental health professional.