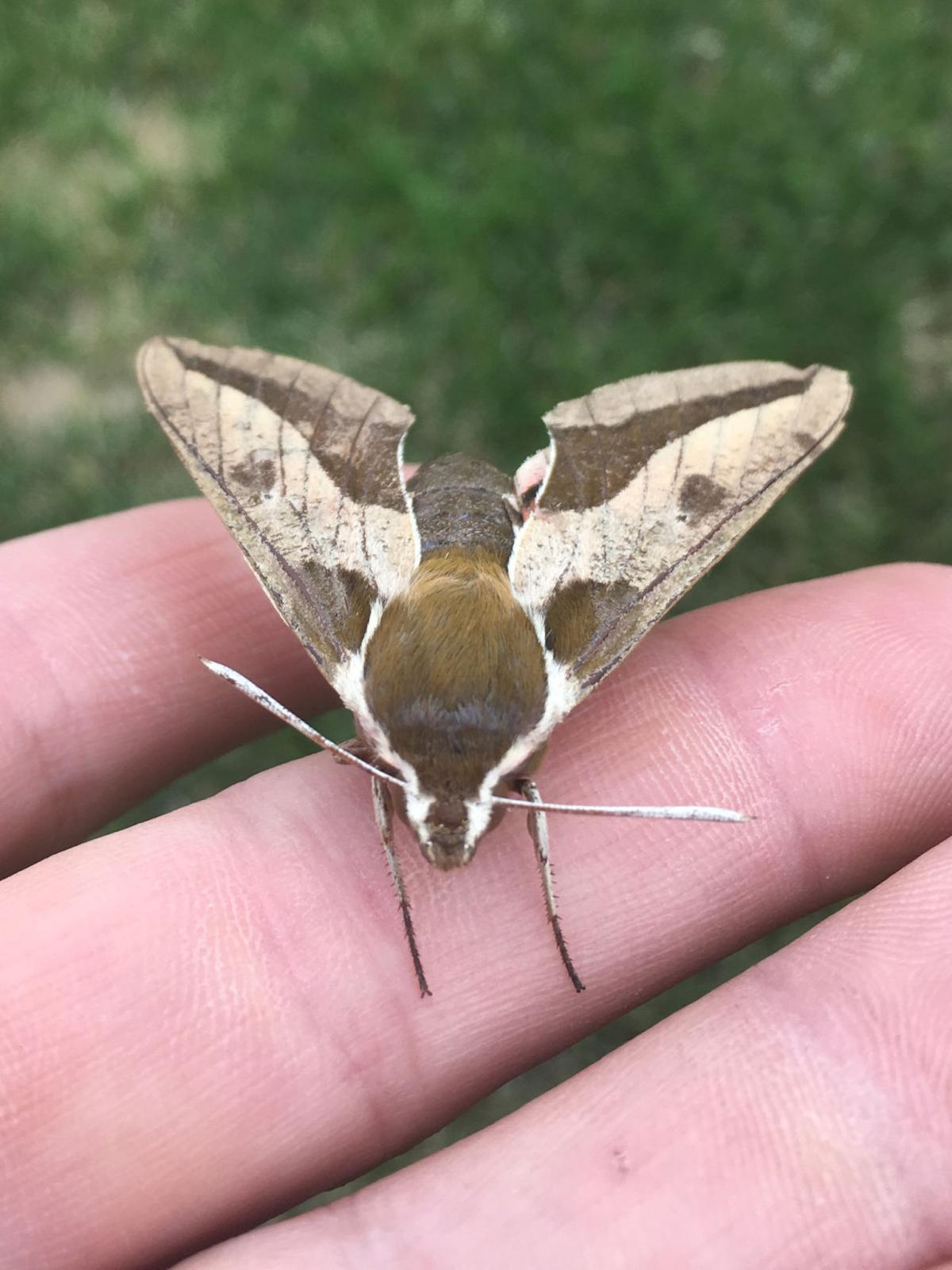 MOVING UP.  Temperatures will begin to recover for a midweek warmup, but we’re still watching the weekend and what looks to be cool, rainy and windy conditions. Enjoy the here and now and plan your September, check out some awesome fundraising power and learn more about a bigger moth in today’s Outdoors Roundup.

Featured Photo:   Hand Landing.  A Galium Sphinx Moth gets a hand to rest on. Simonson Photo.

EDGE HOUR:   6:00-7:00AM.  Catch the pre-dawn bite with light winds and moon underfoot in our Edge Hour, before things get gusty.

CRANE KICK.  The sandhill crane season opens on Sept. 14 in North Dakota. A strange bird in its own right, it also carries with it some different regulations, like the early-afternoon cutoff of hunting hours during its season.  For more info, visit in the NDG&F hunting regulations page.

BILLIONS. Ducks Unlimited details the raging success of their “Rescue Our Wetlands” campaign which raised more than two billion dollars for habitat restoration.  Along with that program the organization details other successful fundraisers which raised millions for waterfowl habitat and protected areas vital to wildlife and people.

HAWKISH.  The Galium Sphinx Moth, as featured in our daily photo, is easily identified by the dark brown thorax and sharp lines on its wing colors.  Also known as the Hawk Moth, it is a strong flier and can be found throughout North Dakota and much of the upper tier of the U.S. from May to October.