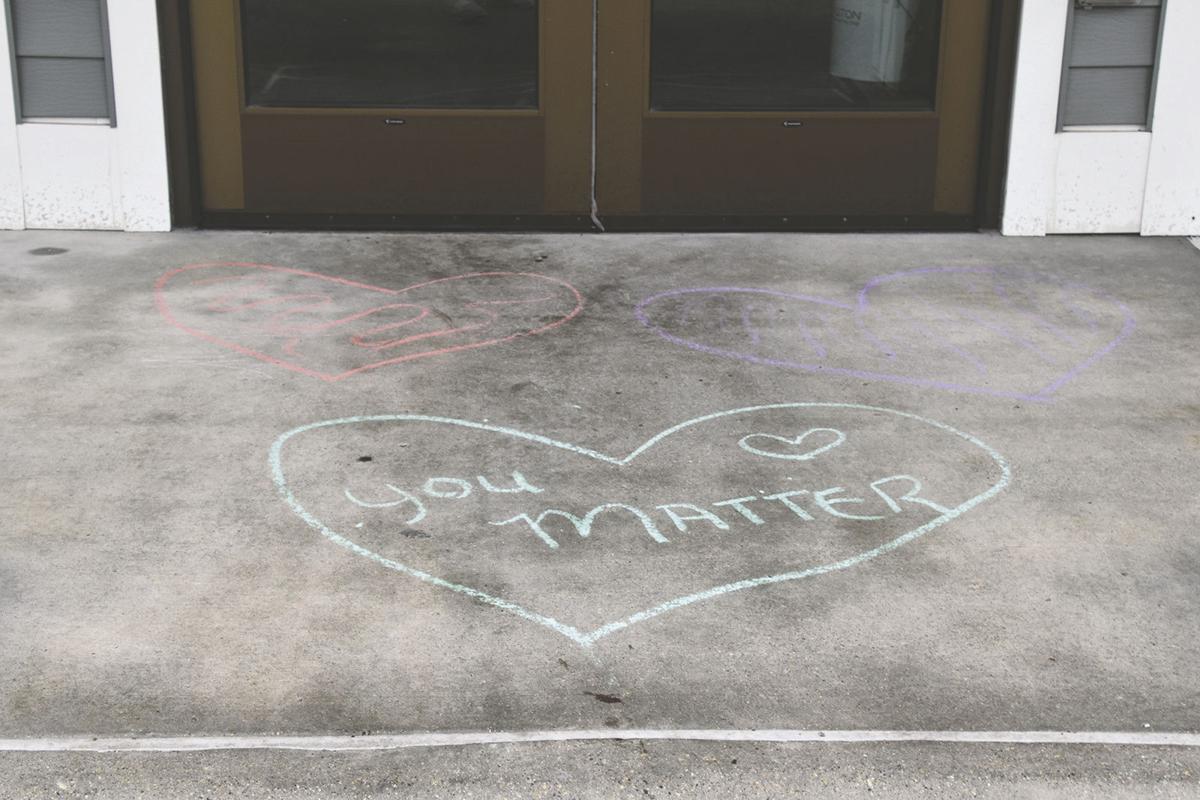 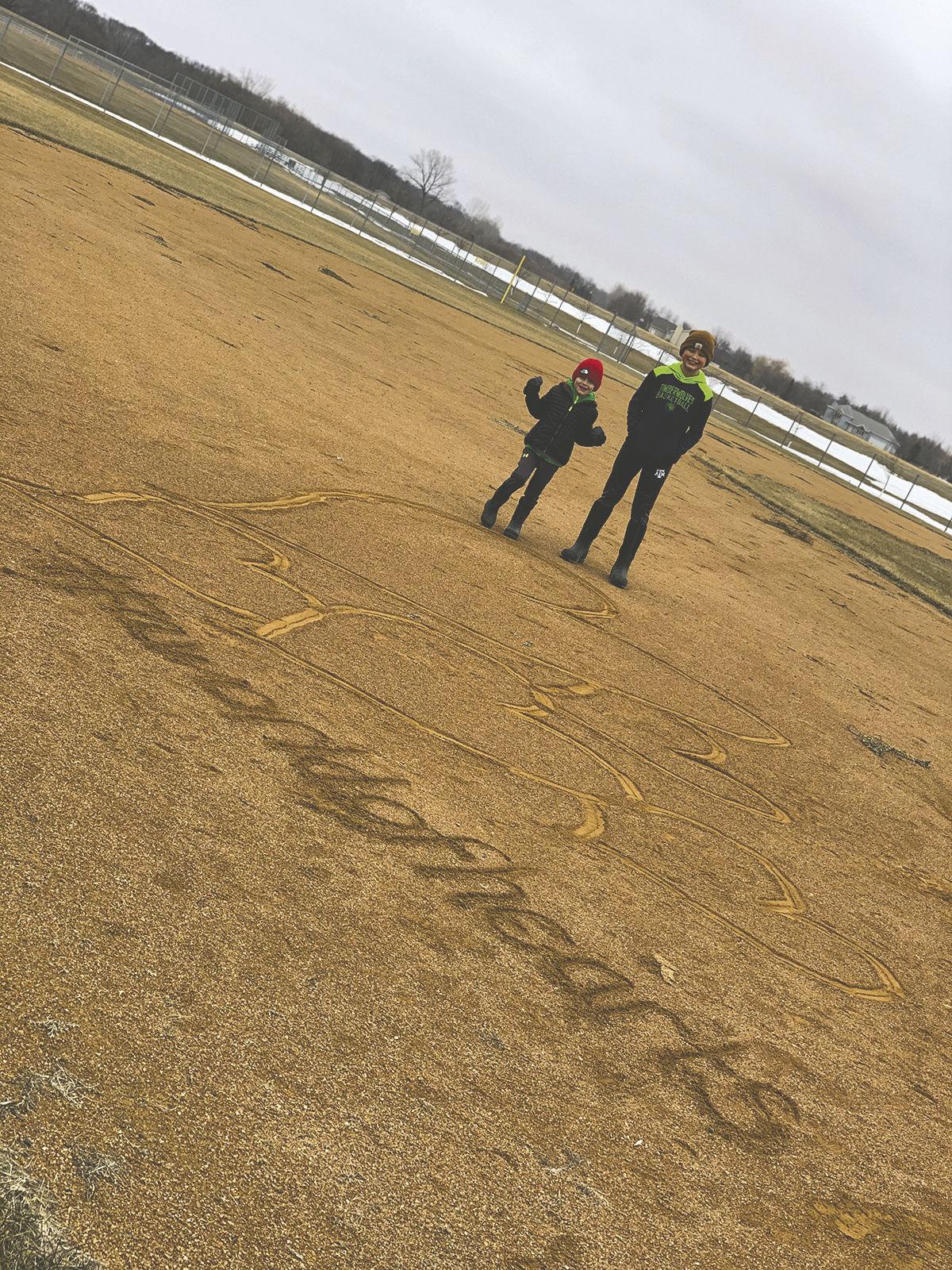 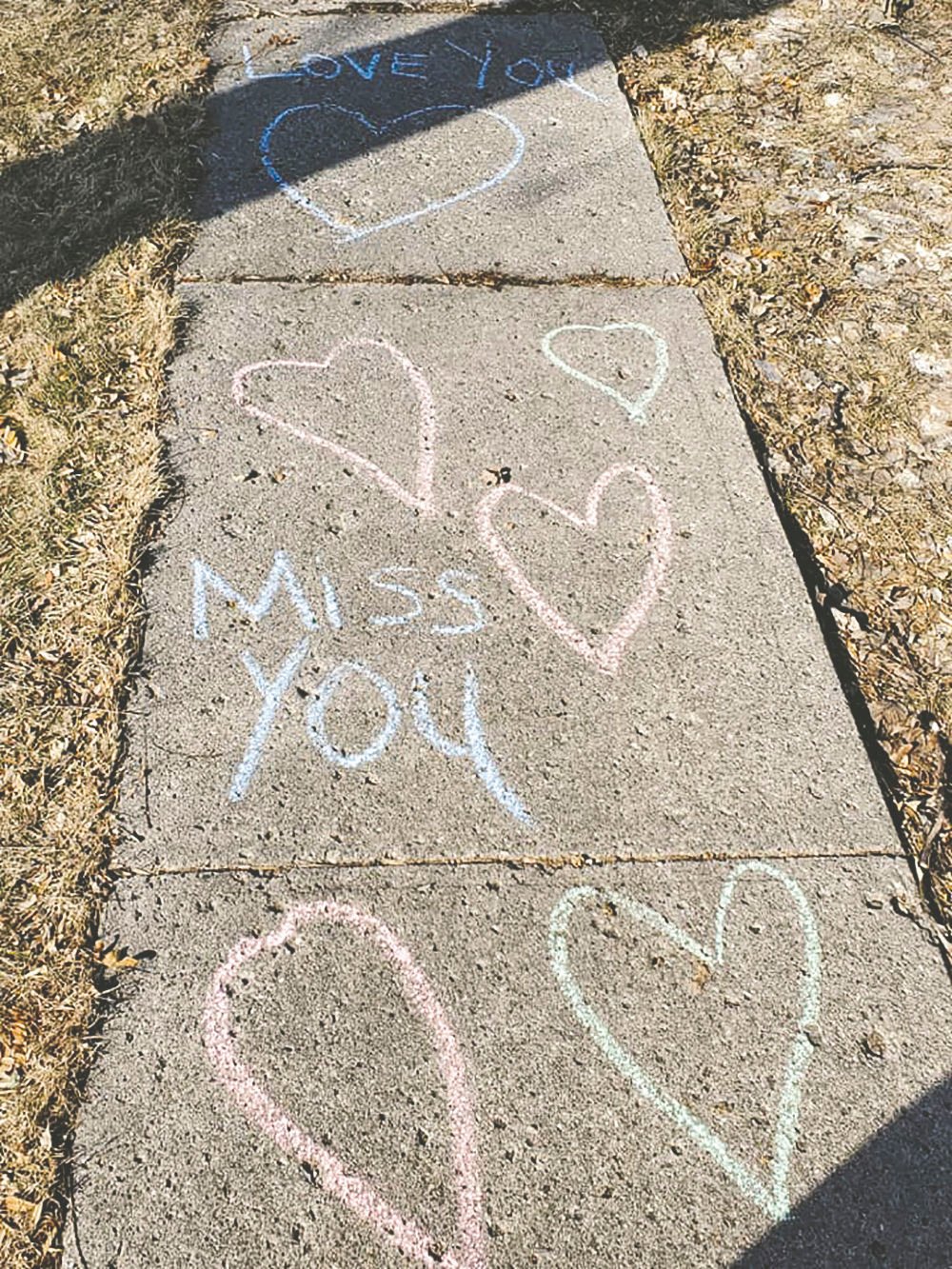 Hearts have been placed in windows, doors and sidewalks to show love and support while social distancing.

Hearts have been placed in windows, doors and sidewalks to show love and support while social distancing.

Chalk hearts and paper hearts appeared on sidewalks and windows in homes and businesses this last week throughout Wahpeton, North Dakota, and Breckenridge, Minnesota.

Children, adults, seniors and businesses are cutting out colored paper-shaped hearts and placing them on their windows and doors to spread love, positivity and the message of “We are all in this together.”

Some have gotten creative with their window decorations by arranging the hearts in patterns of a rainbow, balloons and other creations.

“(We) saw the idea on Robbie Daniel’s Facebook page,” Trista said. “I know there are so many people that are really missing social interaction with their friends and family. I am, too. So what better way to show them our love? It was so fun and definitely helped my spirits. It really was our pleasure.”

The sidewalk art had hearts and messages reading ‘We miss you,’ ‘You are important,’ ‘Smile,’ and ‘You are amazing.’

Brittany Gumeringer and her sons Beckett and Tucker live in Breckenridge and decided to leave hearts in a local baseball field as they are patiently waiting for the baseball season to start.

“We just decided to walk (to) the bases at our local fields. I saw all that fresh sand and it just came to me to start drawing the hearts and the boys joined me. Something a little outside the box,” Gumeringer said. “We are hoping someone stumbles upon it that goes out there for the same reason we did today. We’ve been feeling pretty down and out of sorts lately and hoping that will maybe turn someone’s day around.”

Mandy Gill of Bismarck came up with this idea to show love and support while social distancing due to the coronavirus pandemic by placing hearts in windows.

“People are supposed to be cutting out any material from your house — tinfoil, construction paper, markers, paint — and the goal is to hang them in a window that faces your door so people can see them when they’re walking or driving around. Some people are saying they don’t have a window, so they put them on their front door,” Gill said in Facebook post.

This movement quickly swept all across the globe from North Dakota to Tennessee to Colorado to Italy and Germany when Gill created a Facebook group called #aworldofhearts. The idea was to encourage others to put a heart in their windows or get outside in look for hearts in windows.

“This group was created to follow the world vision of filling windows with hearts. By filing your windows with hearts your neighbors and those passing by will know where we are in this together. Everyone is welcome from anywhere,” a Facebook post read.

“(I) love the group and the hashtag. It’s something simple and priceless but so impactful,” Gumeringer said. “Seeing all the posts seriously warms my heart.”

Share your photos with the Daily News to editor@wahpetondailynews with the subject head #aworldofhearts.