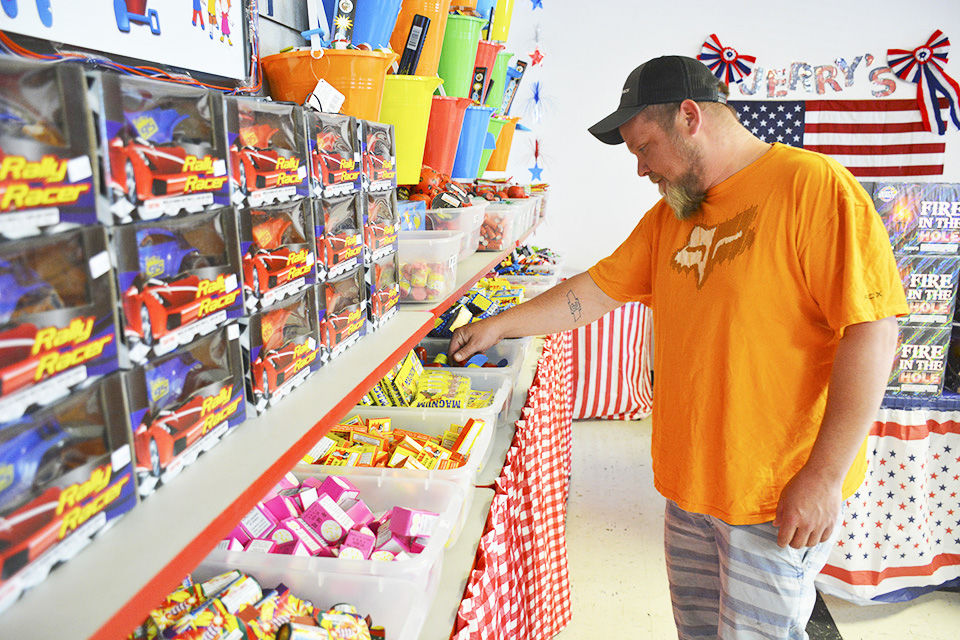 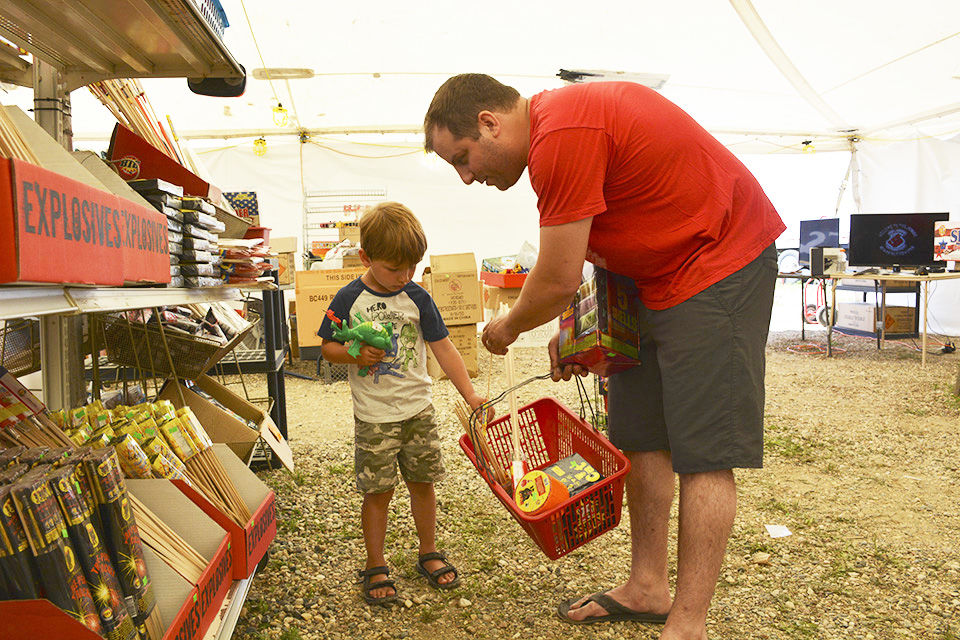 Matt Arnold helps his son Mack, 4, pick out fireworks. Wahpeton fireworks merchants hold city licenses and most have been operating for at least 20 years. 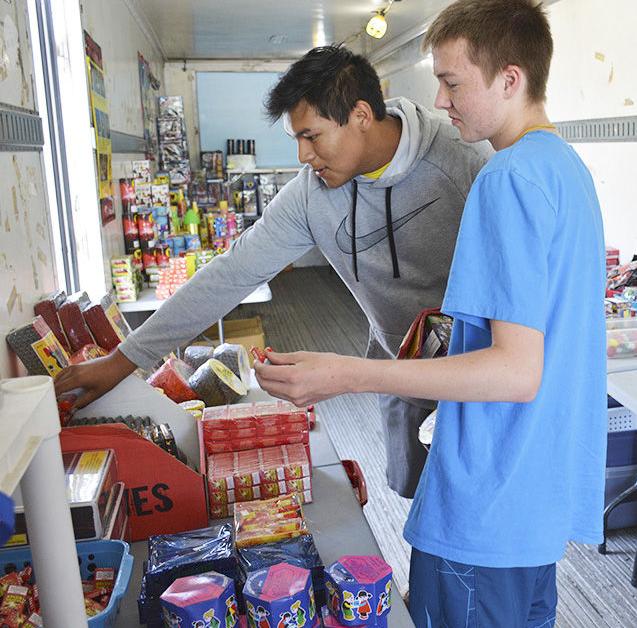 Matt Arnold helps his son Mack, 4, pick out fireworks. Wahpeton fireworks merchants hold city licenses and most have been operating for at least 20 years.

The Fourth of July is less than a week away, but some Twin Towns Area residents are starting the celebrations early.

Wahpeton’s four licensed fireworks sellers opened for business Saturday, June 27 and soon after, the familiar bang and pop sounds could be heard.

Residents are reminded that fireworks can only be used at the following times:

Nonprofessional use of fireworks within Wahpeton’s park system is unlawful at any date or any hour.

The city’s annual professional fireworks show is scheduled for dusk Saturday. Funded by donations raised through Helping Out Wherever (HOW), which launched the “Light up the sky, on the 4th of July” campaign, the event will be held following an 8 p.m. Wahpeton-Breckenridge baseball game at John Randall Field, Chahinkapa Park.

Unruh traditionally provides fireworks for events including the Fourth of July. This year, Wahpeton Parks and Recreation leaders discussed increasing the use of higher-trajectory fireworks.

“The idea (is) that spectators can follow social distancing guidelines while still enjoying the spectacle,” Daily News previously reported.

Wahpeton issued five fireworks seller licenses this year, although there are only four active merchants. They are:

• Jerry’s Fireworks, located in the 1900 block of Ninth Street North

• Wahpeton-Breckenridge Youth Football, a spinoff of Little Unny’s, located in the 100 block of Dakota Avenue

The Wahpeton FFA branch, issued a fireworks sellers license, opted not to sell this year. The decision was due to COVID-19 issues and concerns, according to minutes from a recent Southeast Region Career and Technology Center meeting.

“It’s our third year in this trailer,” said Kim Braaten, selling fireworks to raise money for youth football. “Little Unny’s supplies the fireworks and we raise the money to give to the football program.”

Braaten said she expects fireworks to be particularly popular this year.

“I think that with people at home anyway, they’re going to want something to do and can follow social distancing with. Other states have been having great fireworks sales so far this year,” she said.

Under Wahpeton ordinance, it is illegal to launch any missile or projectile toward any person or vehicle. Failing to oblige is considered a class B misdemeanor-level crime.

Experts also warn against scaring or harassing individuals and animals. The Humane Society of the United States reminds that pets are more sensitive to loud noises, flashing lights and strong smells.

“It’s best to leave your pets safely indoors, preferably with a radio or TV turned on to soften jarring noises,” the society stated. “Even pets who are usually kept outdoors should be brought inside.”

Bob Popjoy, selling for Ben Franklin, has been in business for more than 20 years. It’s the fireworks that keep him coming back.

Jim Ham, Jerry’s Fireworks, has been selling for more than 30 years. He’s seen plenty of repeat business over the years.

“It’s the American way, you know?” Ham said. “It’s one of the things people like to do to celebrate their independence.”