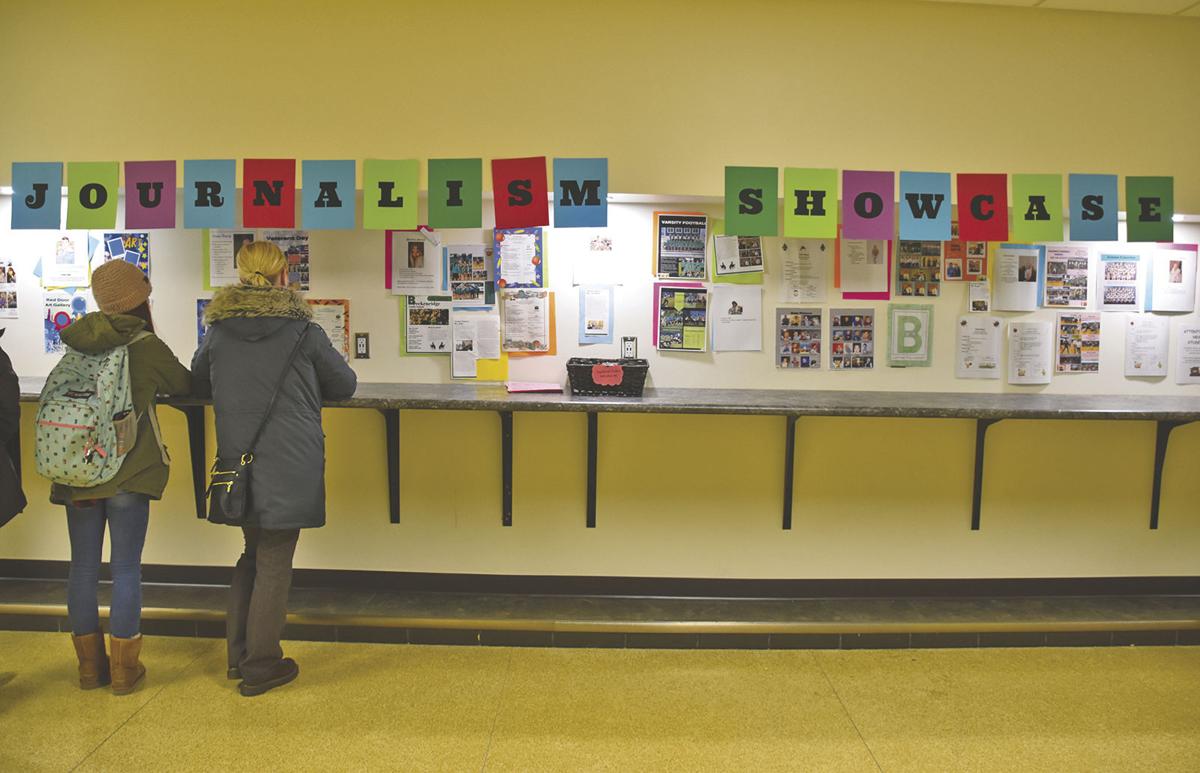 Students grades 5-12 present their schoolwork throughout the year to family and community members. 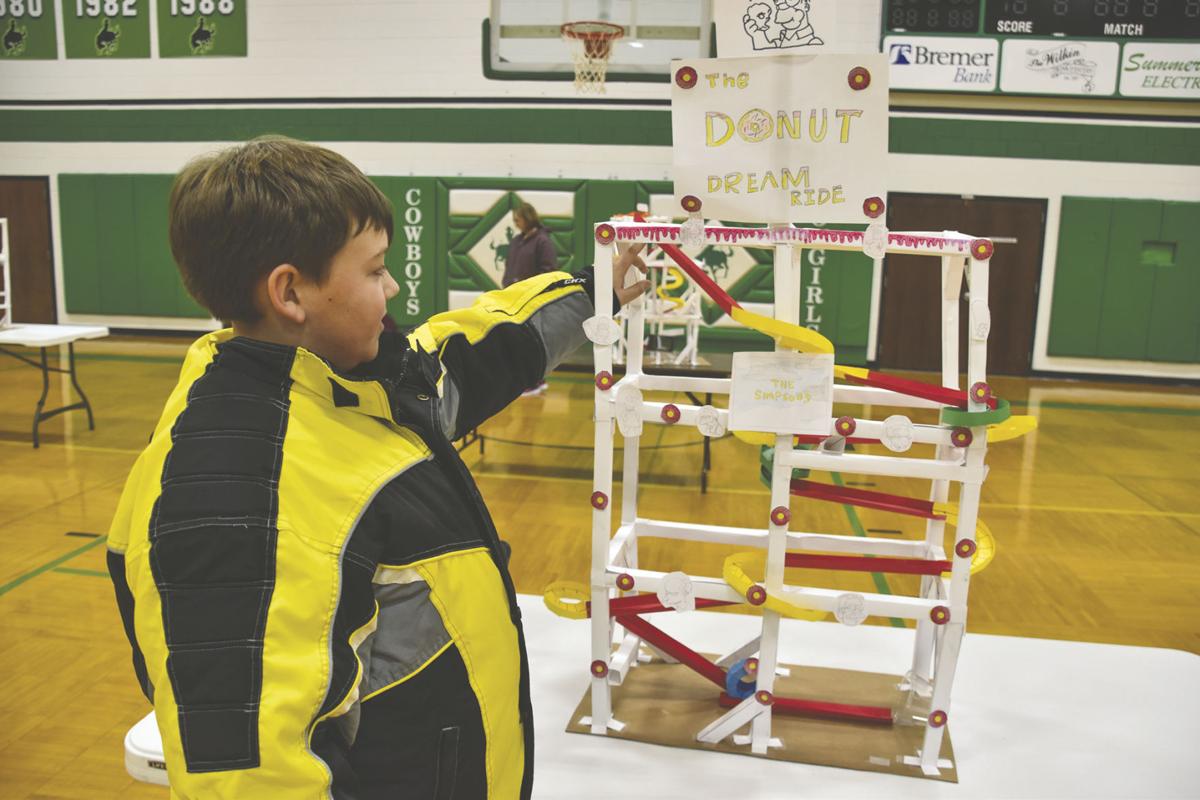 Tyler Lancaster demonstrates what he and his group members learned in class to engineer a rollercoaster. 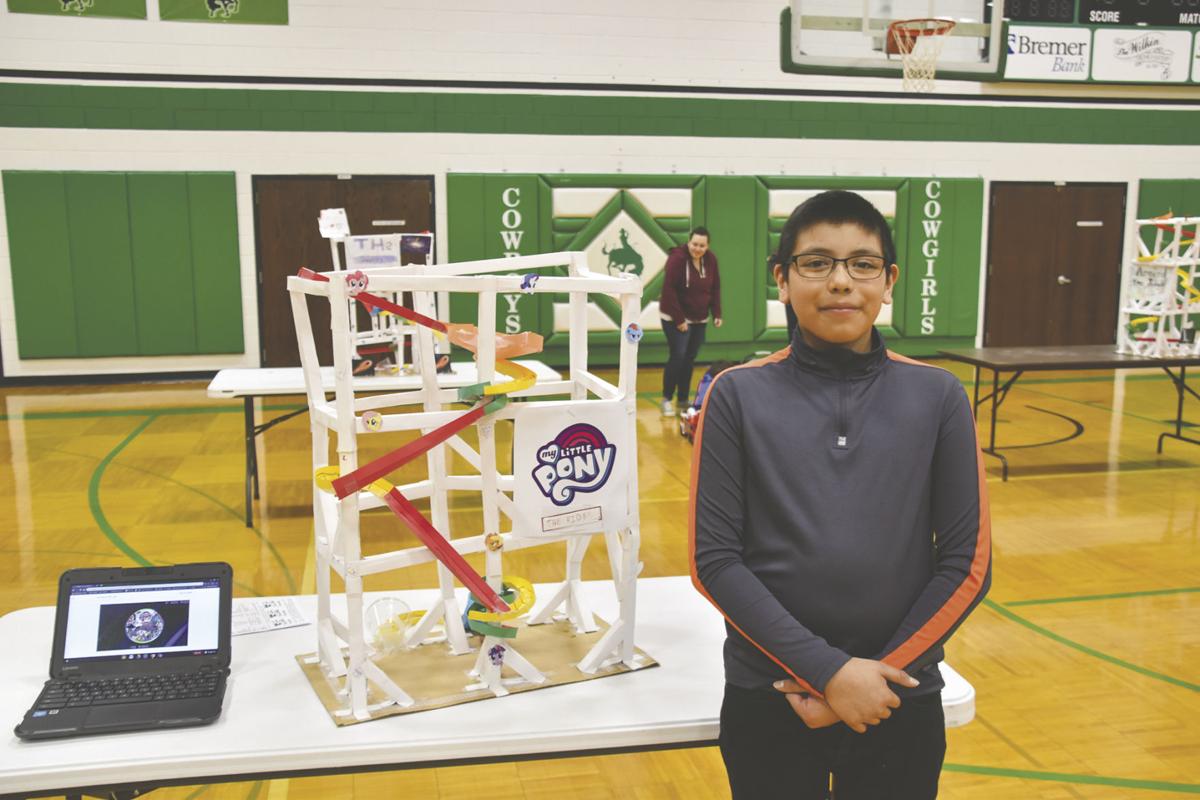 Students grades 5-12 present their schoolwork throughout the year to family and community members.

Tyler Lancaster demonstrates what he and his group members learned in class to engineer a rollercoaster.

Breckenridge students grade 5-12 held a community event to highlight students’ work throughout the school year on Monday, Jan. 13. Students were expected to showcase their work by presenting to family and other community members.

Bailey Korth and her science partner set out to answer the question: if they were to put a candy cane in hot water, cold water, oil and vinegar, which one would dissolve the quickest?

Sixth-grade students used what they learned in class by applying physics and creativity to engineer and construct rollercoasters.

Tyler Lancaster explained how potential energy and kinetic energy move a marble through the rollercoaster. Lancaster and two of his group members created a rollercoaster with the theme of “The Simpsons.”

Other projects that Breckenridge students showcased were journalism, historical speeches such as Ronald Reagan’s “Challenger Address,” Martin Luther King, Jr.’s “I’ve Been to the Mountaintop,” and Franklin Delano Roosevelt’s “Day of Infamy,” address, as well as marketing research and Spanish projects.

This was the second year the school has held this showcase in lieu of holding one during parent-teacher conferences.

“We had 95 percent of our kids and family show up last year compared to a typical parent-teacher conference, where we get 15 percent,” Principal Craig Peterson said.

Following the student showcase, a career and employment panel was held.

Peterson had multiple questions for the panel, including, “What are the skills you are looking for in students in colleges and as employers for one to be considered successful?”

“We survey employers who employ our students after they leave NDSCS,” Vagsness said. “For the past two years, things like reliability, positivity, willingness to learn, integrity and flexibility are rated higher in importance than the skill set to do their job.”

Johnson explained that the biggest challenge he sees is for students to become lifelong learners due to technology evolving so rapidly.

“We asked them (WCCO employees) specifically in 2019, ‘What does someone need to be successful at WCCO?’ Here is how our team responded back to us: they need a strong work ethic, positive attitude, compassion, and willingness to learn, adapt and change,” Shorma said.