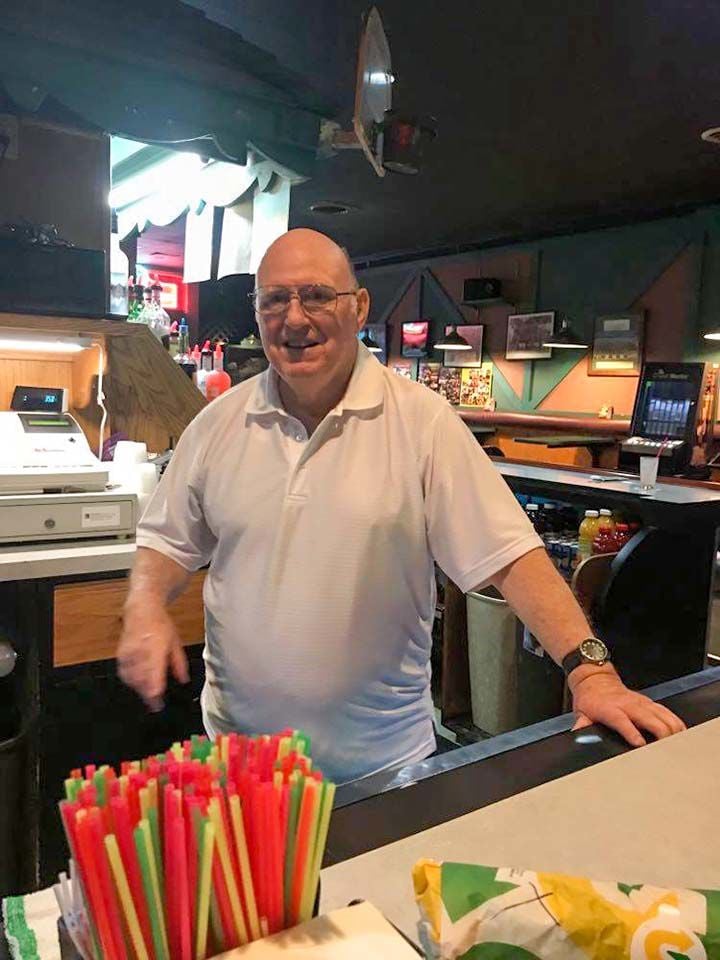 Ed Dell has retired from Casey's Bar after 52 years of working there. 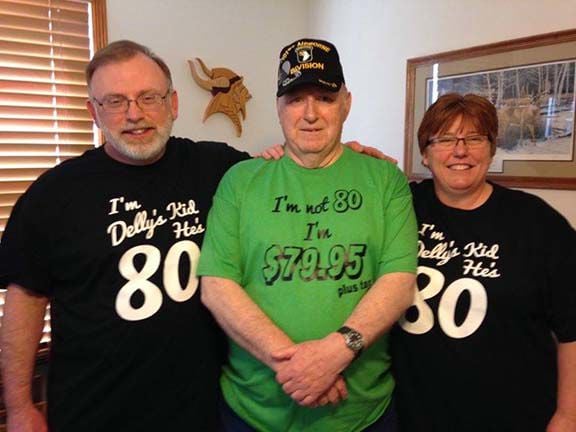 Ed Dell taught his children, Bruce (left) and Kristi (right), how to play basketball and softball when they were young. 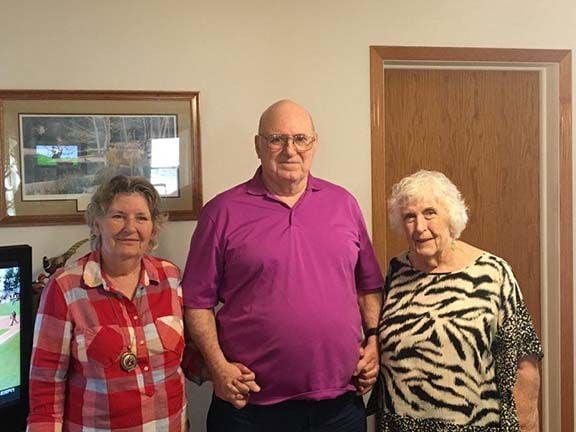 Ed Dell has retired from Casey's Bar after 52 years of working there.

Ed Dell taught his children, Bruce (left) and Kristi (right), how to play basketball and softball when they were young.

Ed Dell, 85, sometimes known as “Eddy,” “Digger,” or “Delly,” is retiring from Casey’s Bar in Breckenridge, Minnesota after 52 years of service.

Dell, the father of Kristi and Bruce Dell, was born and raised in Breckenridge and graduated from the high school there. For a short time, he moved to West Fargo, Moorhead and Thief River Falls, Minnesota. It didn’t take long for him to move back to his roots of Breckenridge in the summer of 1969.

Dell’s family and friends describe him as a man who had the gift of gab, a caring man and one that was never short of making one laugh. After 52 years of working at the bar, they wanted to make his retirement special by providing a tribute to his character.

He is a great dad, he was always at every sporting event that me or my brother participated in. We lived out in the country and my dad was an avid hunter so guns were always at the house, so I took gun safety and got my patch and then he would let me shoot clay pigeons. My dad has always been the dad that will always let you move back home if you needed to. It’s funny he is so well known and loved. If you mention the name “Delly,” someone somewhere knows who he is. I have been told by a lot of people that I look and act like him, there is no other person I would want to be just like.

My dad (Dell) was a lot of fun to be around, he had a great sense of humor and always had stories to tell. He was really hard not to like. He’s a guy who doesn’t like the spotlight but always finds himself in the middle of it – that’s what happens when you have the gift of gab. I always go to him for advice on something I am working on. And if he doesn’t know how to do it then he knows someone who does.

In the mid-70s, I was a young teenager and there was this popular song on the radio, everyone knows it, “Hooked on a Feeling,” and my dad hates it. He just can’t stand it. That song was on the jukebox and everyone there knew he hated it so they would continuously play it. So when the guy came in to change the records my dad offered in $20 for the song, which back then, a record only cost a quarter. Then he took it over to the bar and smash, into a thousand pieces. So when he gets home, what does he here coming out of his kids’ bedroom? “Ooga-chaka Ooga-Ooga.” I thought I was in a lot of trouble and so I could never play that song in the house again.

We used to go on opening fishing weekend trips which were a lot of fun. He taught both my sister and me how to play basketball, softball. He taught me how to kick a football which was really helpful for me because it got me a scholarship over at NDSCS (North Dakota State College of Science).

This is a tribute to Eddy Dell who helped make Casey’s Bar what it is today. He started working at Casey’s Bar in 1968. Ed Casey said when he came to work at Casey’s it was the best thing that happened to me and the business. He knew what it was all about — the people made the business and he became the people man. It became easier to make decisions about the bar and run the business with a guy like Delly as your right-hand man. He was always dependable, honest and trustworthy with the establishment being number one. He worked countless hours above and beyond what was expected and he was always there. No doubt he made Casey’s Bar what it is today — there is no real way to say thank you, but from the bottom of our hearts, we, the entire Casey family — say thank you, Eddy Dell — nothing but the best for the best.

Ed was the bar. He knows this bar inside and out. But he was a lot more than just a bartender to me or the bar, definitely. He’s been here 52 years and started when I was born — he’s like a second dad to me. He’s helped me through everything. People would stop in just to see him. This man had the gift of gab. He could tell you stories from 50 years and knew the history of these two towns and this whole area. He’s going to be missed.

A wonderful tribute to a great fellow, known by many as Delly, Digger and other titles that cannot be published. I personally have know Delly since I was 18 years old, 1973. His presence and humor were intoxicating in more ways than one. One instance that comes to mind is one Friday or Saturday evening Delly and I were working together at the bar. The legal drinking age was 18 and a young, legally-aged girl came into the bar. Delly waited on her and said, “We got beer and booze what can I get you?” She said, “I’d like a blended Pink Squirrel.” Delly shouted down the bar at me and said “Hey Klemmer, this girl wants to talk to you.” He didn’t like making fancy drinks. Every young person should have had an opportunity to bartend with him, the education you would have received was priceless. Congratulations, old friend.

A lifelong friend, always loyal and available to help in times of need. His wisdom in all areas of life is second to none. Digger made Casey’s Bar a special place with his smile, laughter, stories and of course, he knows everyone’s name. He is what all bartenders should be. When you have a conversation with Digger, you leave with a smile, wisdom and a better view of life.

Sussenguth has known Dell since he came to Breckenridge from Doran school in 1950. Sports was everything to the two, Sussenguth said.

At a Legion baseball game, in Fargo, North Dakota at Barnett Field, now Roger Maris field, Sussenguth, also known as Goose, was playing first base and Dell at third. A hard ground ball lined to third, cleanly fielded by Dell with an accurate throw to Sussenguth at first which missed his glove, but bounced off his chest with Dell shouting, “Great stop Goose.”