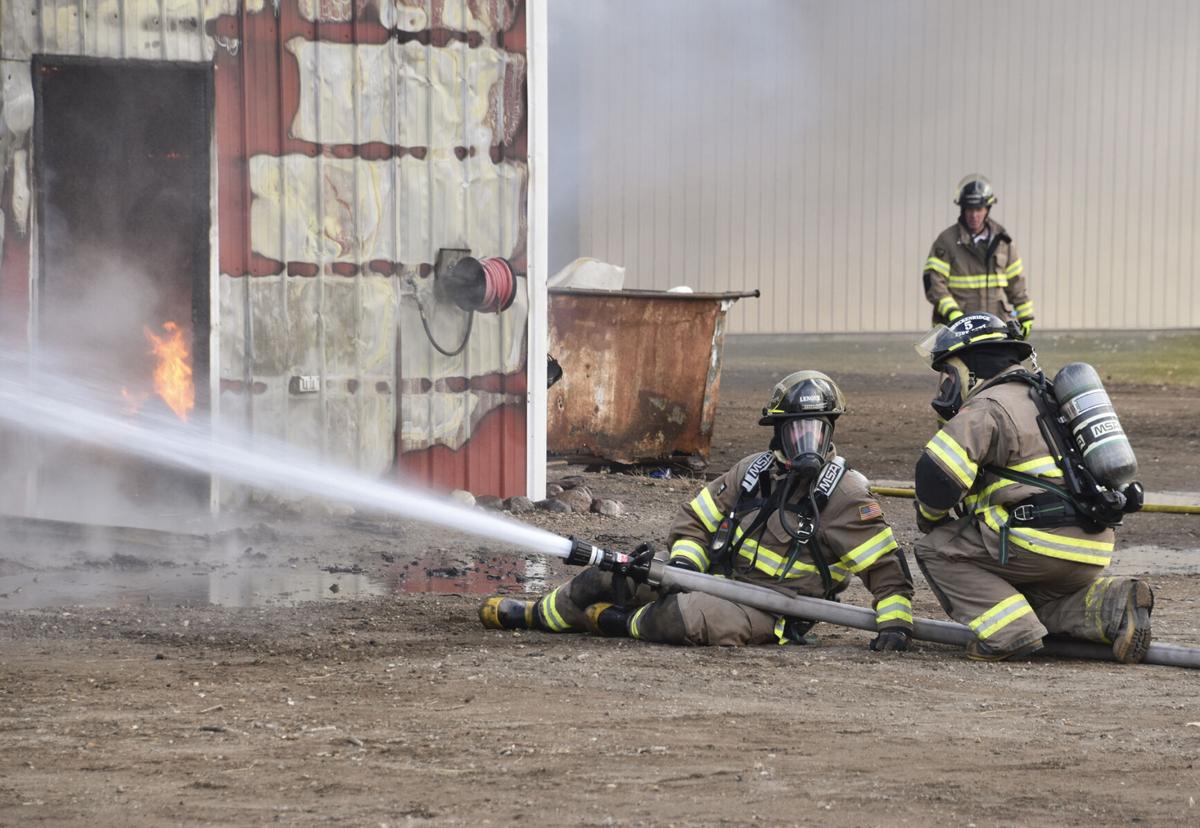 Firefighters target the right side of the shop. 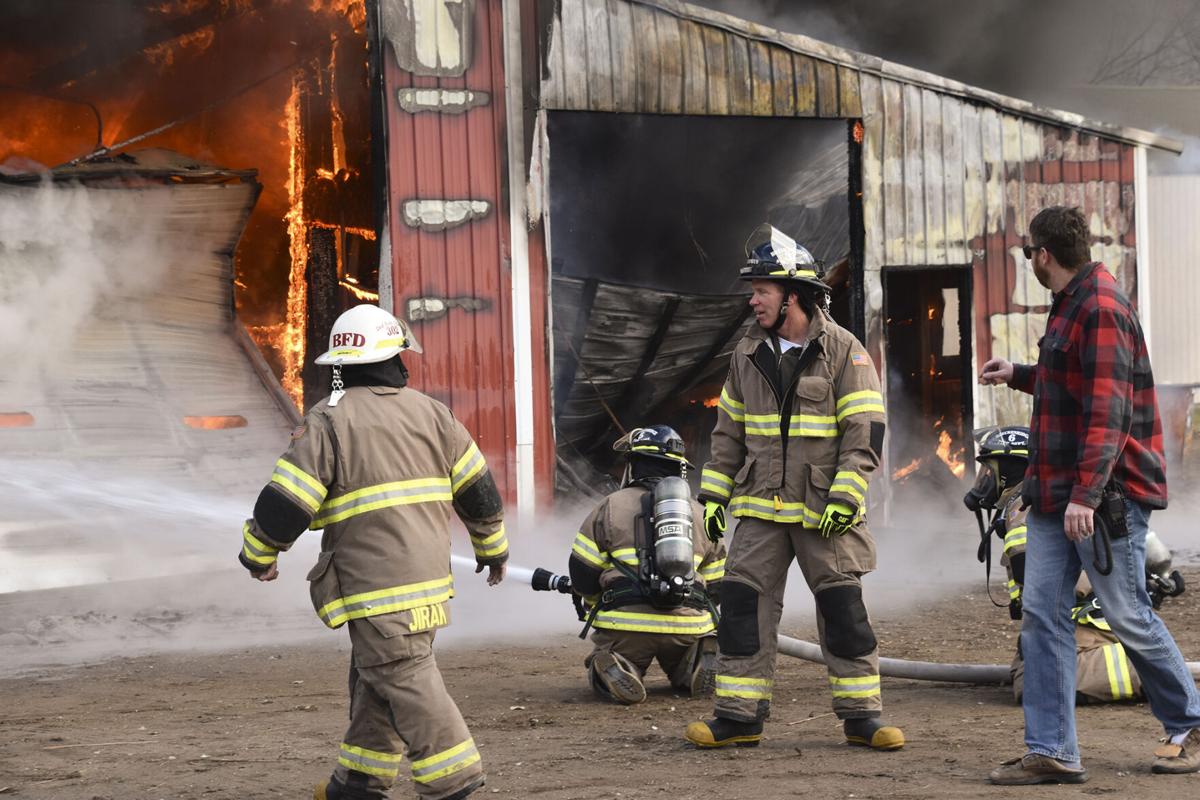 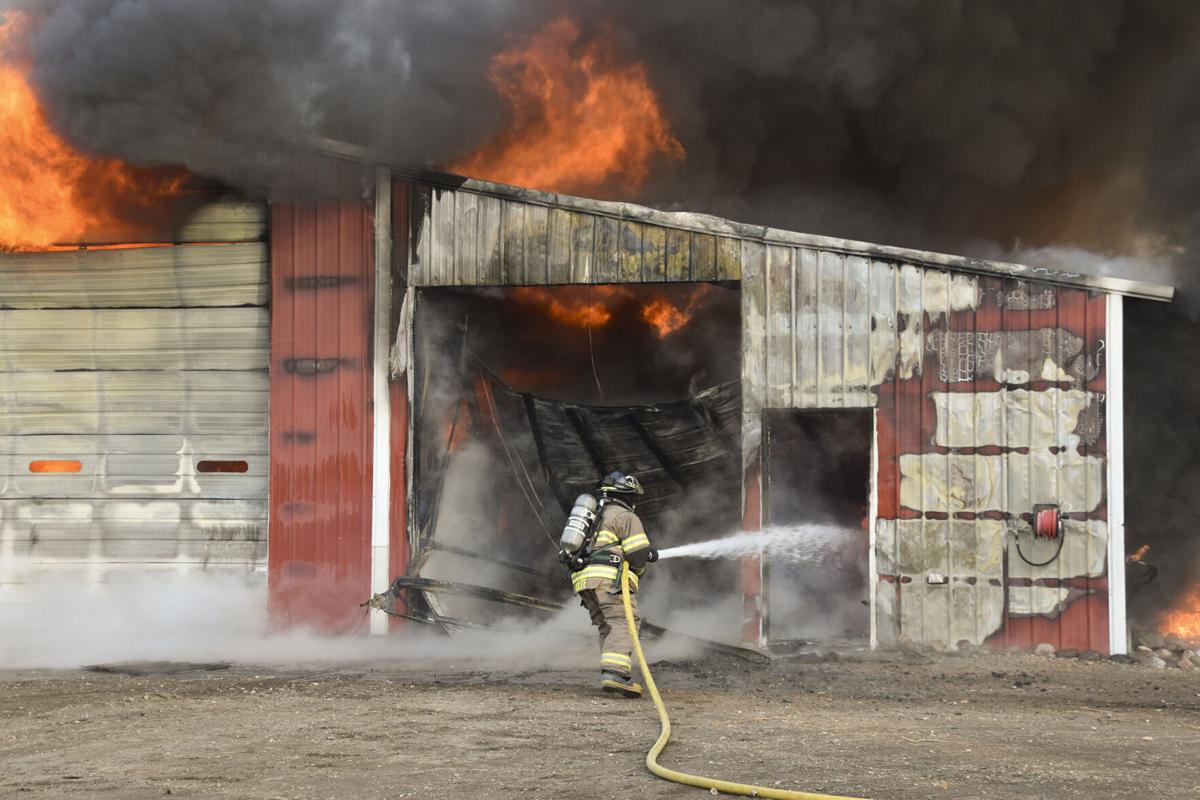 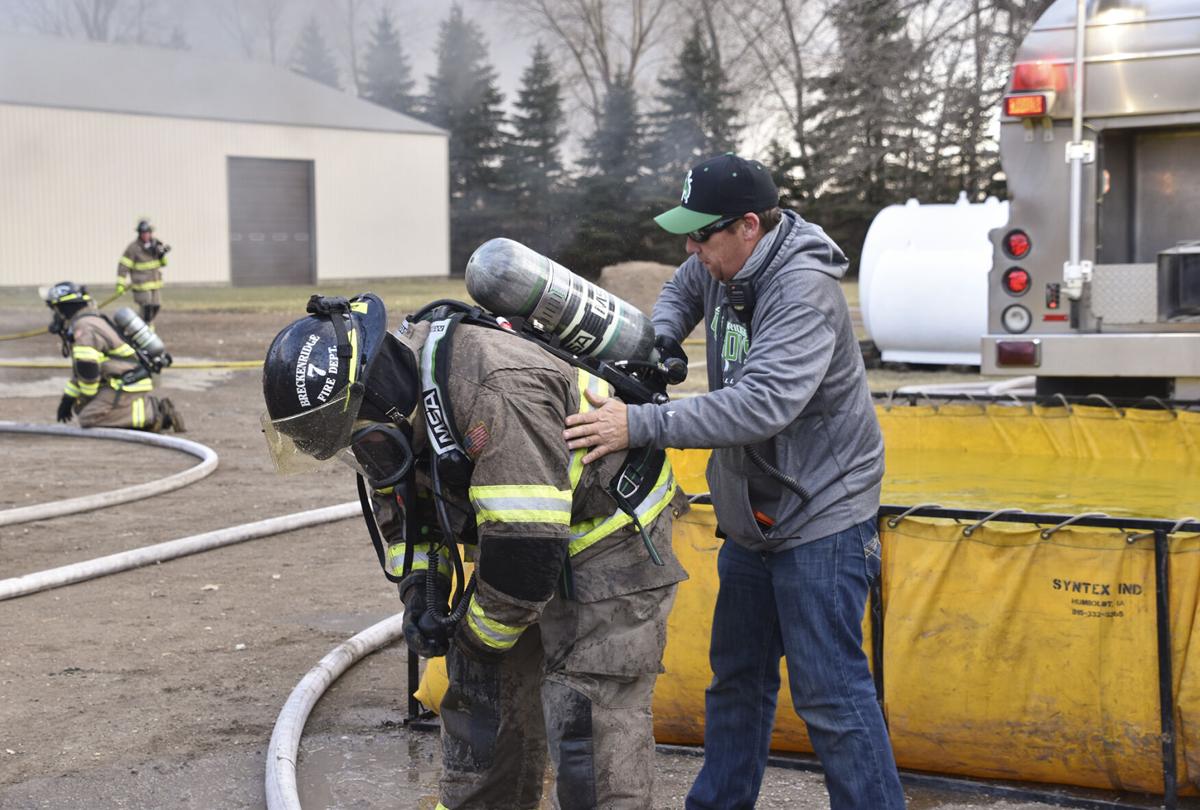 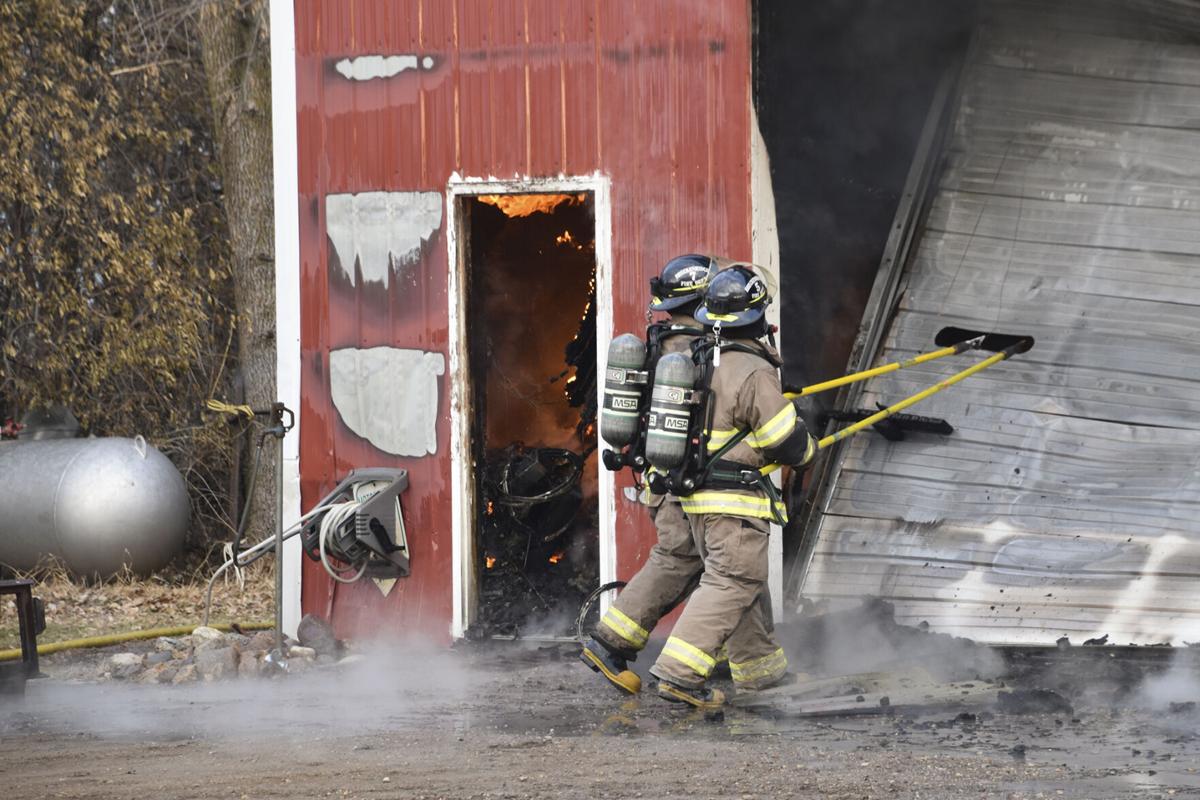 Two firefighters pull on the garage door of the shop. 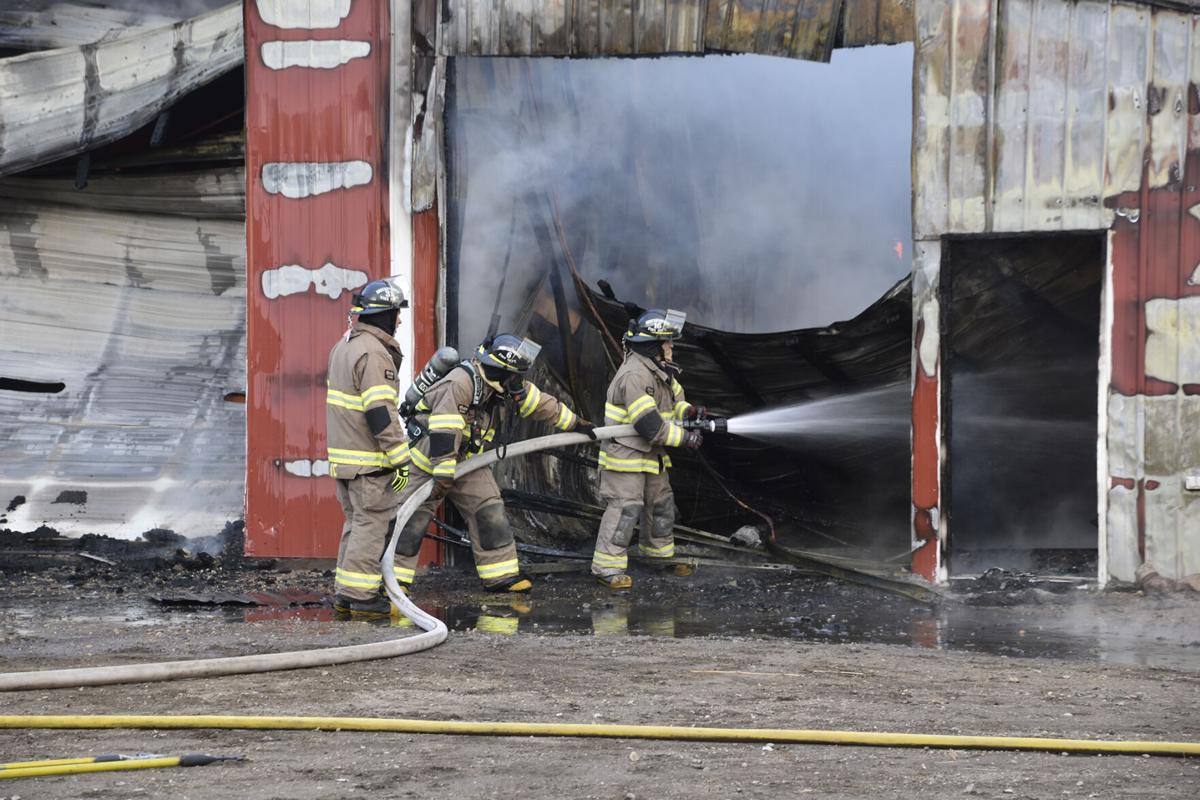 Firefighters move in on the blaze as the begin to gain control of the fire.

Firefighters target the right side of the shop.

Two firefighters pull on the garage door of the shop.

Firefighters move in on the blaze as the begin to gain control of the fire.

Breckenridge Fire Department responded to a shop fire at 2176 360th St. in Wilkin County, Minnesota, at 2:57 p.m. on Friday, Nov. 20, according to reports from the Wilkin County Sheriff's Office.

People had been in the shop several minutes before the fire began. They saw flames coming from the area of the shop where the furnace was, according to the sheriff's office. Sheriff Rick Fiedler said the fire may have started from a furnace in the shop.

The people tried to get some of the equipment in the shop out. A combine and sprayer were believed to be in the building. No one was injured in the fire, according to the report.

Propane tanks were near the blaze and First Assistant Chief Tyler Slettedahl said they were closely monitoring them as conditions changed. No other structures were involved in the fire.

Wilkin County Sheriff's Office was on the scene. Great Plains Natural Gas and Lake Region Power were also on the scene. No mutual aid was needed.