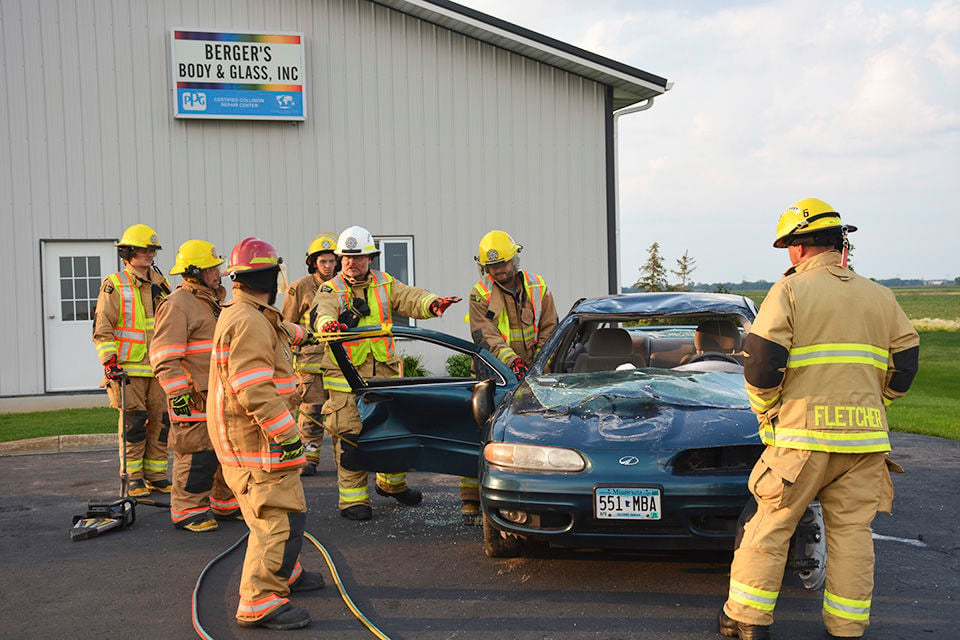 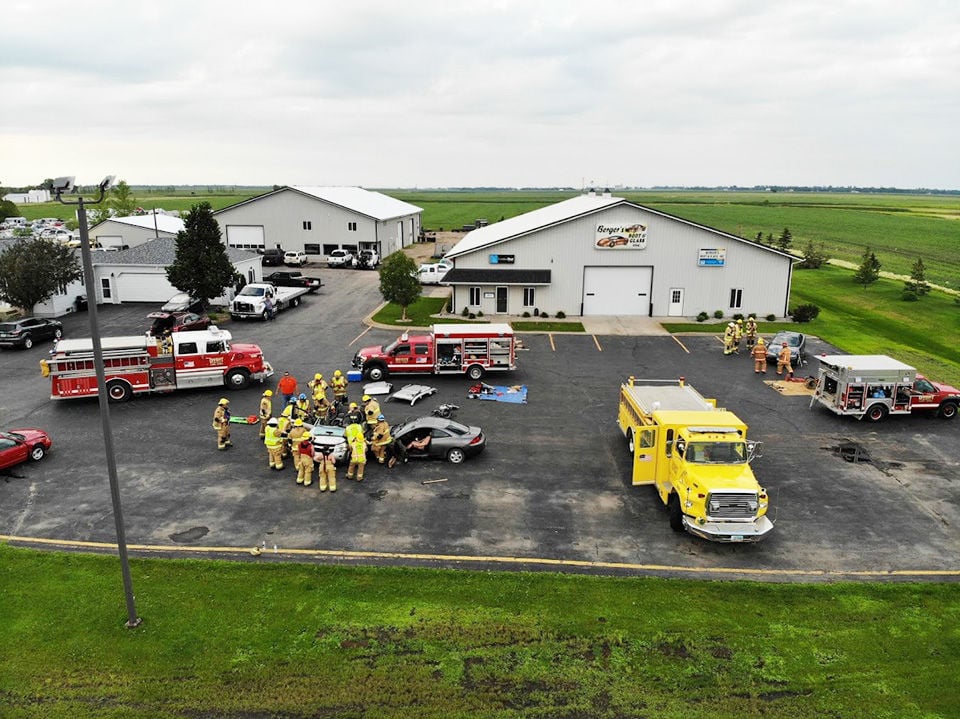 Much of the participating firefighters were from Dwight, N.D. A handful were from Wahpeton. Matt Berger used a drone to take overhead photos of the training. 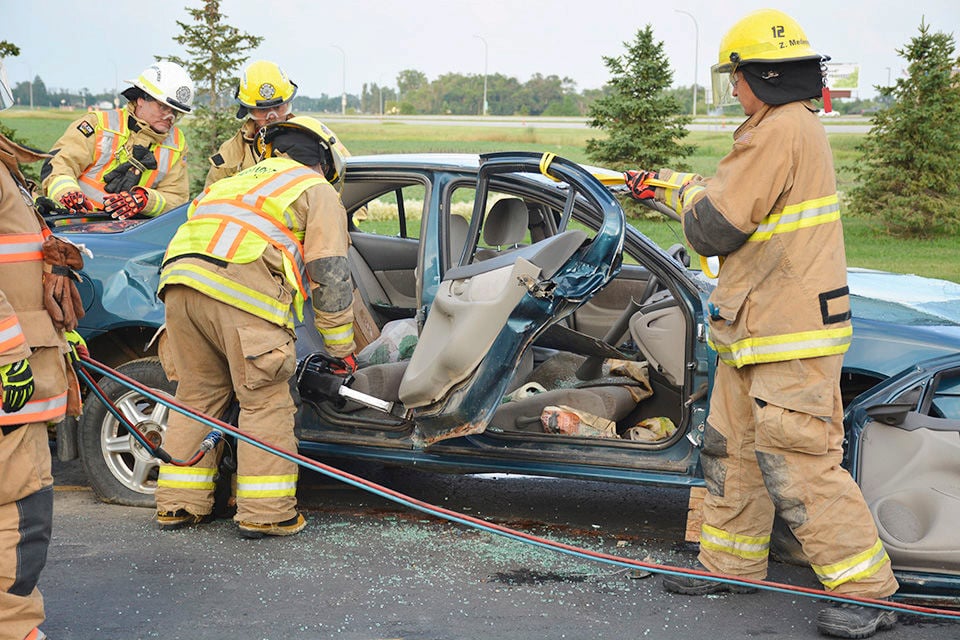 Berger’s Body and Glass, Wahpeton, was the site for initial and recertification training for auto accident procedure with a focus on extrications.

Much of the participating firefighters were from Dwight, N.D. A handful were from Wahpeton. Matt Berger used a drone to take overhead photos of the training.

Berger’s Body and Glass, Wahpeton, was the site for initial and recertification training for auto accident procedure with a focus on extrications.

Nearly 30 firefighters from Wahpeton and Dwight, North Dakota, were on the scene Wednesday, July 8 at Berger’s Body & Glass.

They weren’t responding to an actual fire at the North Dakota Highway 13 business. Instead, once again, Berger’s was the site for initial and recertification training for auto accident procedure with a focus on extrications.

“It’s about helping out those that help out the community,” Kevin Berger said. “All we can do is provide what we can.”

Berger’s community involvement has included more than 35 years of donating vehicles to North Dakota State College of Science for the benefit of first-year auto body students. For nearly 20 years, he’s been providing cars and space on his property for the firefighters’ training.

“He’s been wonderful for us,” said Dwight First Assistant Chief Clint Gilbertson. “Most guys, they’ll want to charge us for the cars or they won’t let us cut into them because they don’t want the mess. He’s been wonderful. He says, ‘Go for it. I’ll take care of the mess.’”

“It’s always nice to watch them grow and learn,” Gregor said. “A lot of these firefighters I’ve been with for many, many years.”

Emergency procedure has changed as much as the tools used and car design itself. Gregor pointed out innovations such as multiple air bags and electric vehicles.

“It’s very humbling watching the crew continue to grow and learn together,” he said.

Much of the participating firefighters were from Dwight. Matt Berger used a drone to take overhead photos of the training.

“The way they have to train, with the tools and the equipment — they’re not receiving a lot of funding,” Kevin Berger said. “It’s nice to help them out when you can.”

Based in Bismarck, the North Dakota Firefighter’s Association is responsible for certifications statewide. Certified instructors lead training every two years.

“The cool part is, it’s funded by the state. This is a course I was hired to redesign for the state about five years ago,” Gilbertson said.”

In addition to the cutting phase, there is also a classroom element. Shea Gilbertson was among the firefighters receiving training Wednesday.

“My daughter’s going for her Firefighter One certification,” Clint Gilbertson said. “This is her second year of firefighting. It’s a third generation thing for us, including my dad and her grandpa.”

Holding training close to Highway 13 has resulted in some memorable moments.

“I remember one time, I went out to eat,” Berger said. “I was coming back from town and I totally forgot it was the year a car was set on fire for the training. I saw the flames and smoke and my heart was beating. ‘Oh, boy.’ Then I pulled up and it was like, ‘Now I remember why the fire trucks were here.’”