Contents of an Oct. 1 complaint from Wahpeton-based GIANT against Lucy Spiekermeier filed in Minnesota were publicly revealed Wednesday, Oct. 7. 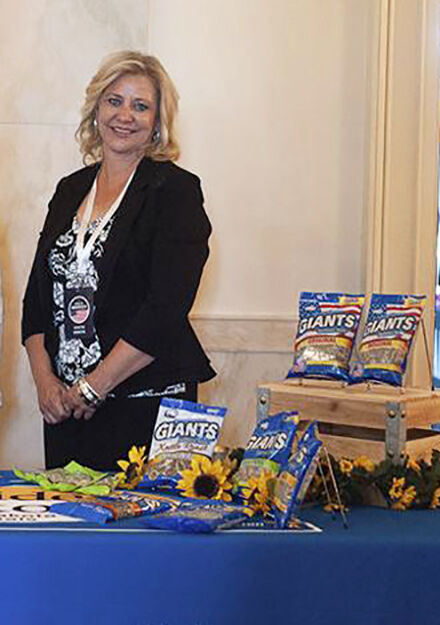 GIANT Snacks, Inc.’s former treasurer and secretary has been accused of allegedly stealing or misappropriating up to $600,000.

Lucy Spiekermeier, who resigned from the Wahpeton manufacturer in August 2020, faces eight total counts of civil theft, conversion, fraudulent nondisclosure, breach of duties of an officer of the company, violation of the computer fraud and unjust enrichment.

Contents of an Oct. 1 complaint from GIANT against Spiekermeier filed in Minnesota were publicly revealed Wednesday, Oct. 7. In addition to serving as treasurer and secretary, Spiekermeier was also an officer of the company and is a current shareholder, KBMW reported.

Spiekermeier allegedly perpetuated theft or misappropriation through at least three separate means from 2016 to June 2020.

“First, she issued herself reimbursements from Giant Snacks in excess (of $275,122.68) of the amount Giant Snacks owed her,” the complaint states. “Second, she secretly and unlawfully used Giant Snacks’ funds ($32,828.54 total) to repay a student loan. Third, she wrongfully issued 32 checks (for a total for $490,786) from Giant Snacks to (Individual 1) who had no legitimate basis for receiving most if not all of the checks.”

While an employee of GIANT, Spiekermeier’s roles included having access to and control over the company’s finances, paying invoices and signing checks on behalf of the company. She resigned her employment on Aug. 17, 2020.

“On Aug. 18, 2020, an auditor from Giant Snacks’ primary lender was scheduled to visit Giant Snacks,” the complaint continued. “Before she resigned from her employment at Giant Snacks, Defendant Spiekermeier deleted some of her emails.”

GIANT is seeking damages, including but not limited to the allegedly stolen funds, attorneys’ fees and other costs related to its litigation, as well as punitive damages equal to the value of the stolen funds. The company has demanded a trial by jury.