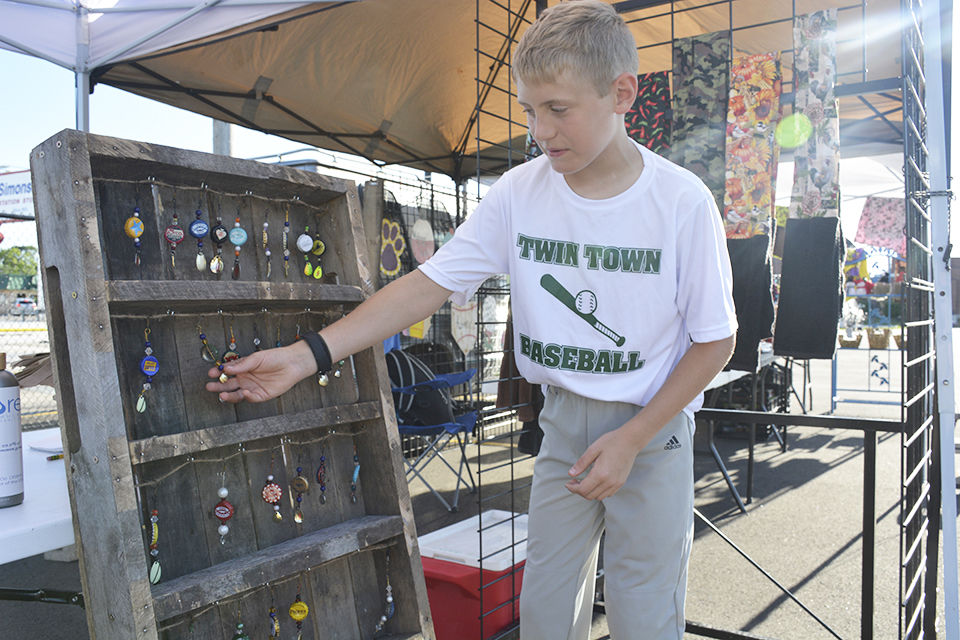 Carter Angulski, 10, sold homemade fishing lures and backscratchers at opening day of the Twin Towns Gardeners Market. Angulski is one of two local youth who received a special grant to help his business. 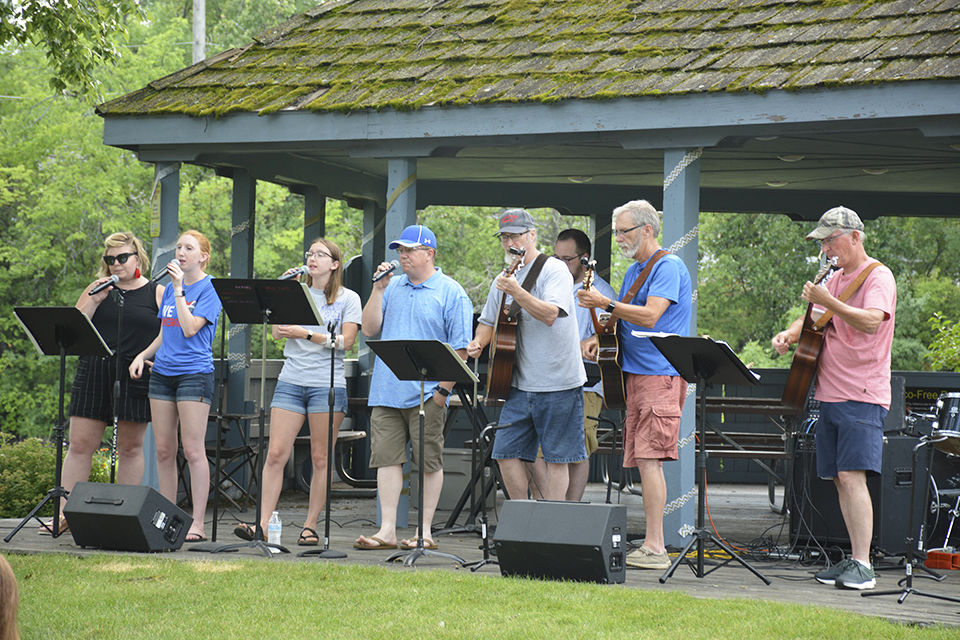 Carter Angulski, 10, sold homemade fishing lures and backscratchers at opening day of the Twin Towns Gardeners Market. Angulski is one of two local youth who received a special grant to help his business.

The Twin Town Gardeners Market launched for 2020 in the St. John’s School east parking lot, Wahpeton. From 4-7 p.m., customers and visitors dropped by the intersection of Second Street North and Second Avenue North.

“We’ve made a few tweaks this year,” said Jessica Kostuck, Breckenridge, Minnesota, who sold items including art and preserves. “We had 11 vendors on opening day and 20 are signed up for the season.”

Youth are among the Gardeners Market’s merchants. They include Jakob Conzemius, 13, Breckenridge. Conzemius sold homemade fruit bread and muffins with mother Leanne Gibbon, who sold jam, jelly and syrup.

“This is his table and this is my table,” Gibbon said, smiling.

Merchants are also excited that their new location allows for greater convenience and variety in arranging booths. The market is expected to last through the summer until the start of the freezing season.

“As long as the vegetables are growing, we’ll keep going,” Kostuck said.

Carter Angulski, 10, is Kostuck’s son. He sold homemade fishing lures and backscratchers. Angulski is one of two Breckenridge youth who received a grant from the North Dakota Farmers Market and Growers Association.

“It was a youth vendor grant,” Kostuck said. “Carter earned one of only 10 available in the state.”

As for Conzemius and Gibbon, they watched their goods sell briskly.

The Gardeners Market opened one day after the Bethel Lutheran Church Praise Band, Wahpeton, played Music in the Park. Throughout the summer, music lovers have been able to attend free outdoor concerts each Wednesday at 7:30 p.m. at Chahinkapa Park, Wahpeton.

“It’s a good opportunity for outreach in our community,” bandleader Rick Hendrickson said. “The concert is something that we the band members look forward to every year.”

The concert began with songs the Praise Band traditionally plays at Bethel Lutheran Church. For approximately six years, the band practices an hour each Sunday morning before taking part in the church services.

“We then had our variety portion, which was open to many people,” Hendrickson said. “Keath Borchert, the ‘cowboy poet,’ played a song on the harmonica. We then had Pastor Jake Dyrhaug do a couple of ragtime songs on the keyboard, followed by his son Ben singing a song. After that, my daughters did a duet.”

Everyone involved was glad to have the opportunity to not only play for their church audience, but friends, neighbors and guests.

“It’s nice to move around and visit with other people. We’re also proud of the Three Rivers Arts Council, who’ve graciously been paying a little stipend for these evening performances. We appreciate their contribution to the community,” Hendrickson said.

On the Mend is scheduled to perform at the next Music in the Park concert, 7:30 p.m. Wednesday, July 15 in Chahinkapa Park.

The Twin Towns Gardeners Market is scheduled for 4-7 p.m. each Thursday in the St. John’s School east parking lot.