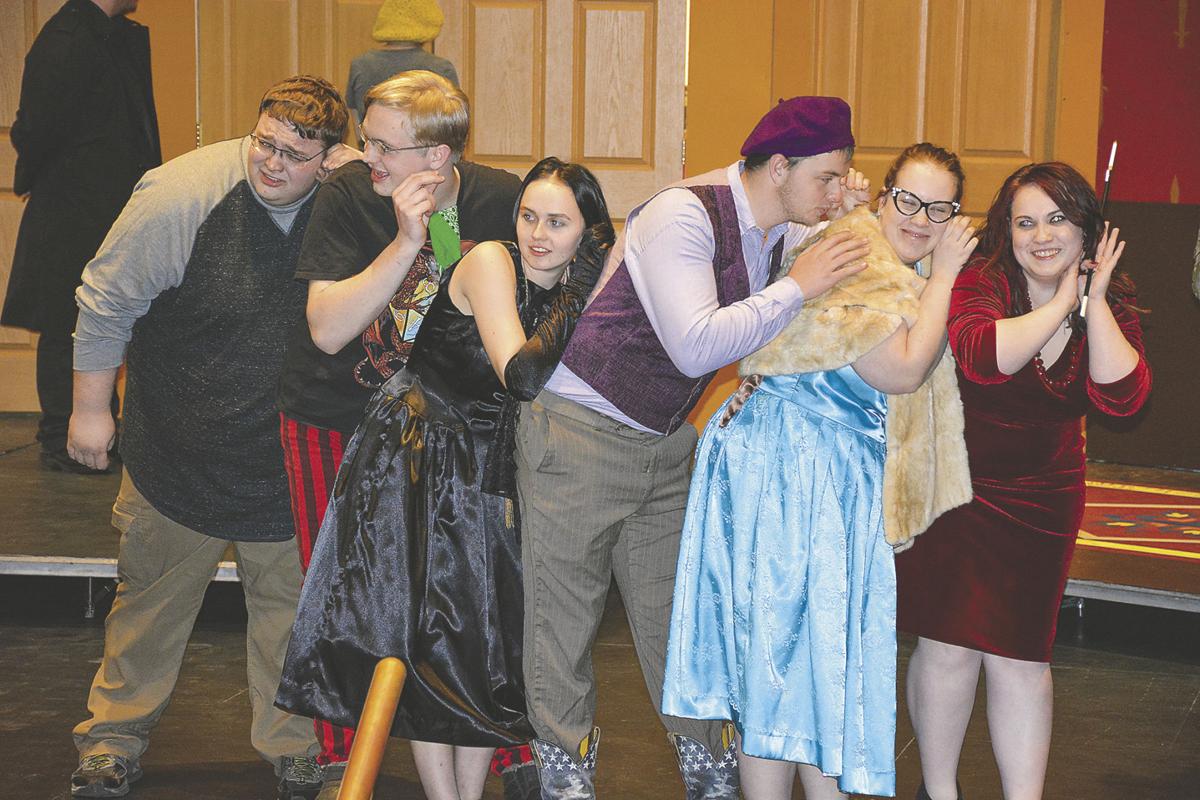 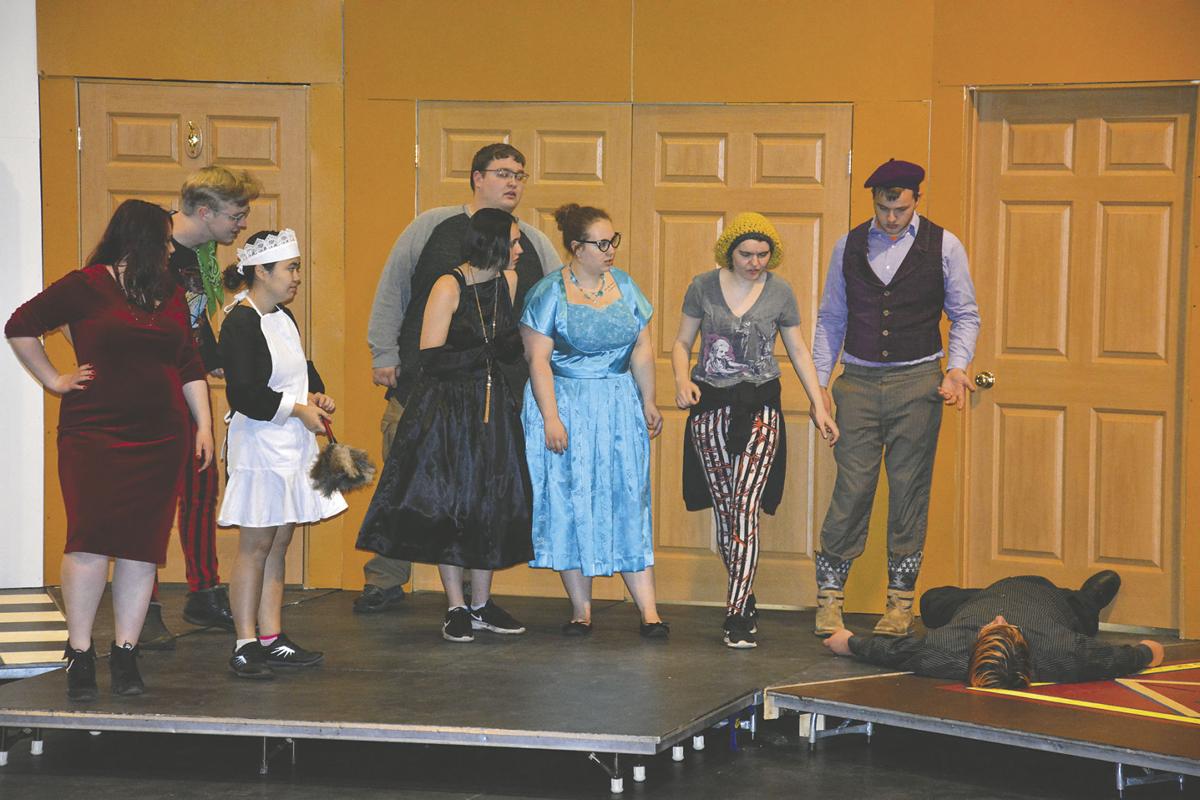 Wadsworth (Kierstyn Johnson, second from right), butler for blackmailing Mr. Boddy (James Ulrigg, ground right), attempts to keep order during an evening where the jokes just might outnumber the secrets and twists.

Wadsworth (Kierstyn Johnson, second from right), butler for blackmailing Mr. Boddy (James Ulrigg, ground right), attempts to keep order during an evening where the jokes just might outnumber the secrets and twists.

“Imagine the movie, but with much less cleavage,” Melissa Frank said.

Frank’s talking about “Clue,” her newest production at North Dakota State College of Science in Wahpeton. Based on the 1985 comedy, “Clue” is coming to the Bremer Bank Theatre for three performances only.

While “Clue” isn’t a word for word recreation of the cult favorite, Frank said it’s familiar enough for any diehard fan.

“I would rate the play as at least ‘PG,’” she said. “We are trying to keep the show as family friendly as possible, while staying true to the spirit of the script.”

Wadsworth (Kierstyn Johnson), butler for blackmailing Mr. Boddy (James Ulrigg), attempts to keep order during an evening where the jokes just might outnumber the secrets and twists.

“I want people to walk away having had a great night,” said Brynlie Baggenstoss, who plays Miss Scarlet. “They’re going to come in and see a cast of hilarious characters. It’s a ridiculous scenario and there’s ridiculous people trying to make their way through it.”

“Last year was my first year in theater at NDSCS,” Kleinsasser said. “I actually came back to the college to be in this play.”

The cast is completed by Danielle Coalwell as the motorist and singing telegram girl, Kirstin Gortmaker as the cook, Madison Kjar as the cop and Susie Sandve as Yvette. RJ Hutcherson will perform the play’s musical score live at each performance.

Admission for “Clue” is $5 for adults and $1 for students. NDSCS students, faculty and staff get in for free if they show a campus ID.

Frank and the cast aren’t shy about admitting rehearsals have been challenging. “Clue” is a play which depends on precise timing, physical performance and even just stage presence.

“At any one time, there are between 7-10 characters on stage at all times, many of them being dead for the better part of an hour,” Frank said.

“Clue” was adapted from Jonathan Lynn’s screenplay, with additional materials by Hunter Foster, Eric Price and Sandy Rustin. It was adapted from the Paramount Pictures film and the board game from Hasbro, Inc. It’s being produced by special arrangement with Broadway Licensing.

Johnson carries much of “Clue,” her director and co-stars agree. For the play, she gets to have some audience interaction.

“I hope they enjoy the comedy and the suspense. We’re really working hard to create a good balance,” Johnson said.

Frank, meanwhile, can pinpoint what makes “Clue” a unique show to direct.

“The sheer number of dead bodies,” she said.