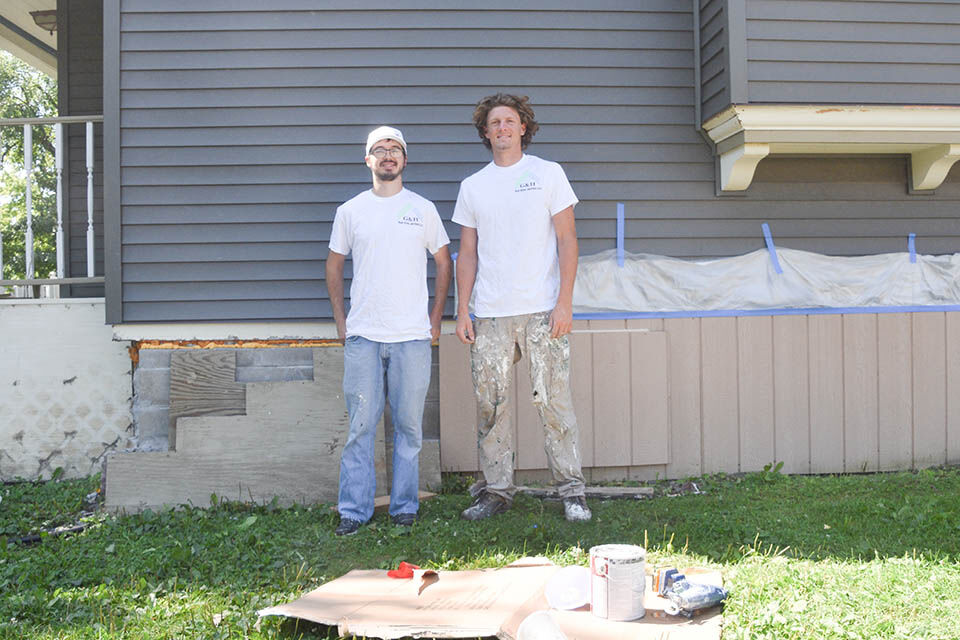 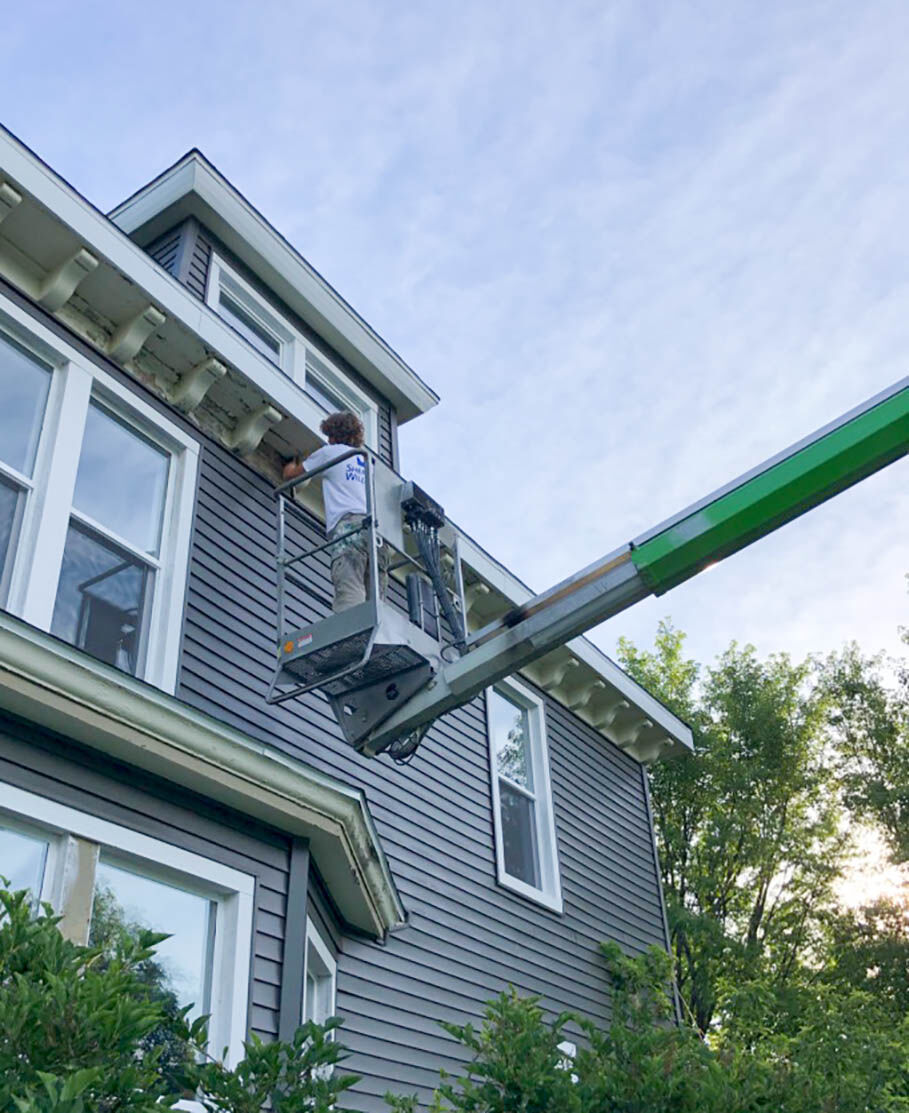 G&H Paint, Stain, and Epoxy provide services such as painting the exterior trim of residential homes. 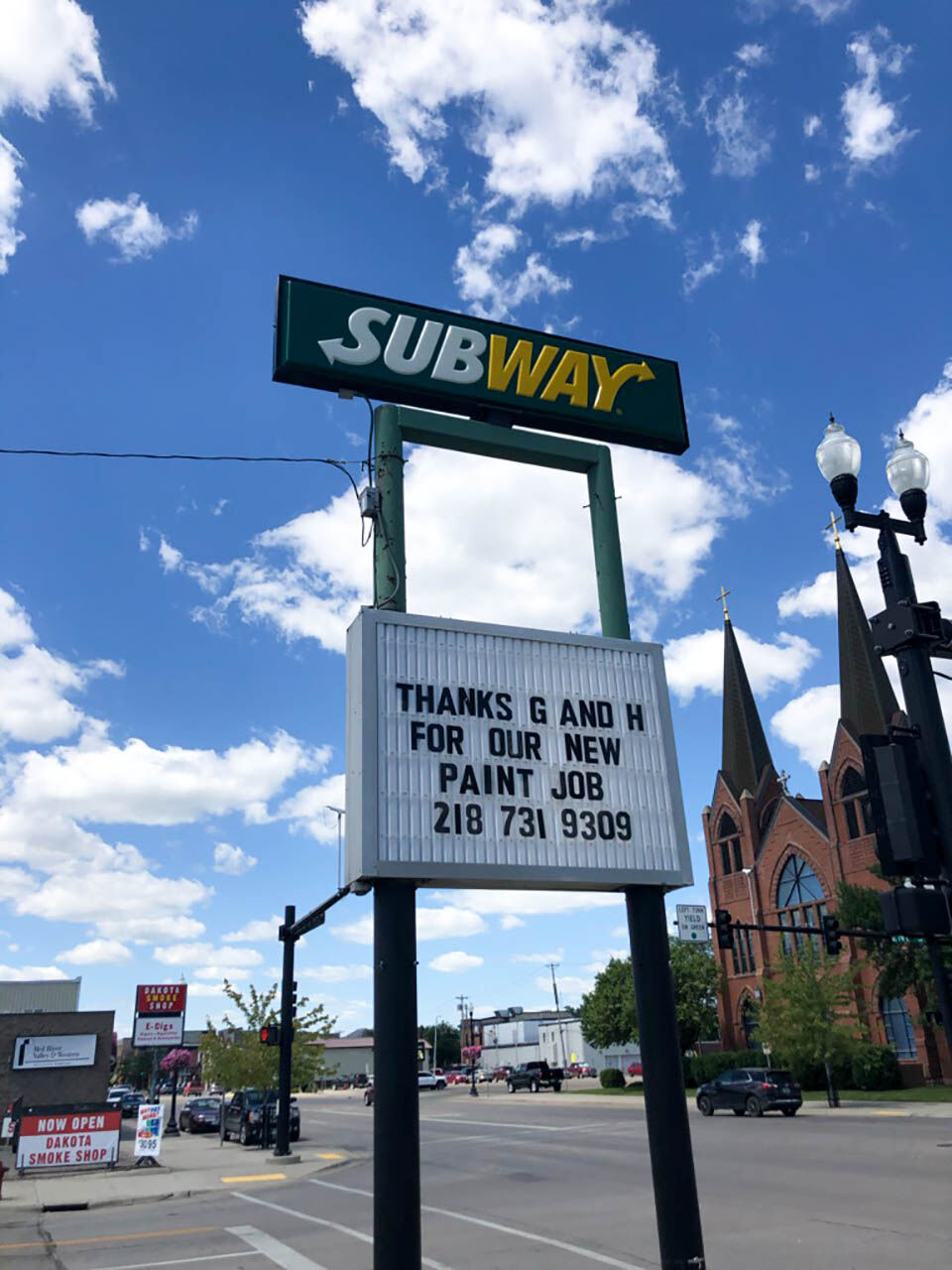 G&H Paint, Stain, and Epoxy recently painted the roof of Subway in Wahpeton, to which they received multiple positive comments about. 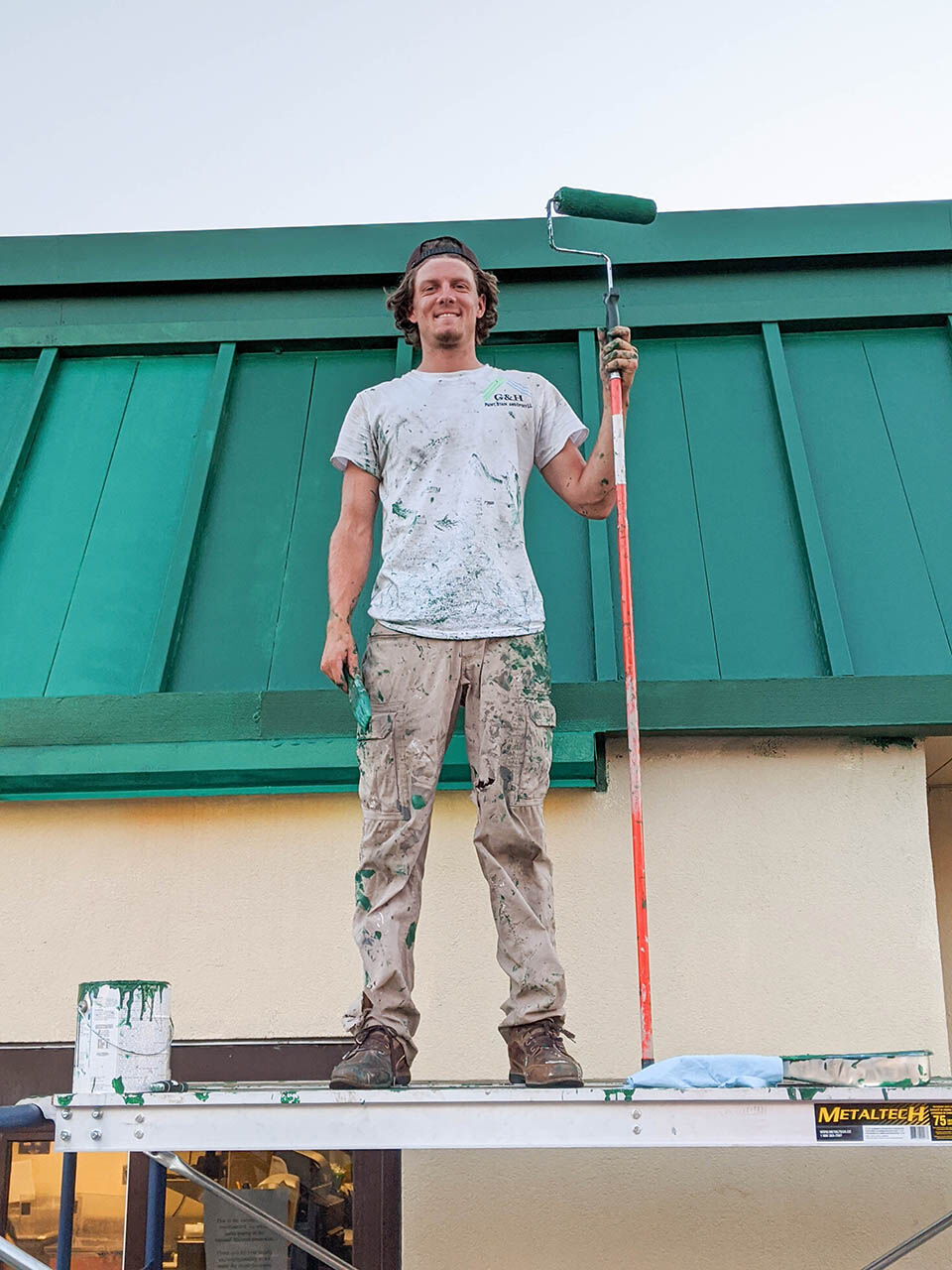 G&H Paint, Stain, and Epoxy found a need in the Twin Town community for services which they had the confidence to provide. 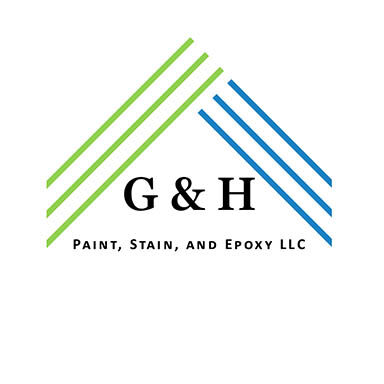 G&H Paint, Stain, and Epoxy provide services such as painting the exterior trim of residential homes.

G&H Paint, Stain, and Epoxy recently painted the roof of Subway in Wahpeton, to which they received multiple positive comments about.

G&H Paint, Stain, and Epoxy found a need in the Twin Town community for services which they had the confidence to provide.

As the spreading of the coronavirus across the country caused small businesses to struggle, Derek Grahn and Jack Hiedeman opened one up.

For the owners of G&H Paint, Stain, and Epoxy, they found summer as an opportunity to be productive while fulfilling a need in the Twin Town community.

“When you look at the general trend in the world of how things are going on, especially in the United States, there has been a lot of people that have been investing into home improvement projects because they are at home more often now,” Co-owner Grahn said. “When you’re at home more often you see some things that you need or would like to change.”

Some of those improvements that owners Hiedeman and Grahn are working on have been painting interior and exterior for both residential and commercial building, garage epoxy to create a resilient and durable surface, skirting houses, along with a variety of other services.

While many businesses struggled with opening its doors to customers, G&H owners chose to design a business that wouldn’t have to deal with those particular restraints of limited capacity and social distancing due to COVID-19.

“It made it easier for us to say yes to doing something where we are going to be working outside to avoid confined spaces and just being able to get outside and do something weighed on us as well,” Grahn said. “There was some concern about visiting with our customers outside but it really hasn’t hindered what we needed to do and we have been meeting most of our customers outside.”

Grahn said the constraints that the pandemic has put on businesses encouraged himself and Hiedeman to be more creative and do something different than what they may have done in the past.

Still, in a time of economic uncertainty, starting a business could be a potential risk to take. However, the two believed that with their market research they found a service and need in the community that has gone untainted.

“When you are looking, whenever there is some sort of market disruption, there are some things that are going to be able to do well and thrive while other things aren’t going to work out,” Grahn said. “Looking at the sports world where you can’t hold events, compared to a house where it’s different in terms of social distancing and interacting with people. Overall, it wasn’t something that was a huge concern to consider.”

Grahn and Hiedeman, both teachers at Breckenridge Public Schools, have the summer off and have been working on completing their master’s program. So they wanted to be flexible with their hours while also being productive. After settling on the type of business, they began working with Justin Neppl, director of Southern Valley Economic Development Authority, for his knowledge in starting a business and organizing the legal parts, such as establishing an LLC.

“It took us a little bit of time to get our first job set up, but basically since then we have been busy almost every day and it looks like we are going to be booked for the next couple weeks,” Grahn said. “Although we are still open to new clients.”

Throughout their work, it’s been rewarding for the two to complete each job successfully and to feel community support.

“When we were doing the Subway job, we had positive comments from people coming into the restaurant and we had people honking and giving us a thumbs up. It was nice to see that we were doing something that people were taking note of – which is really rewarding,” Grahn said.

Overall, their business has been rewarding and productive. While there remains some uncertainty with how Breckenridge will return to school, Grahn and Hiedeman may continue to take smaller jobs during the school year.