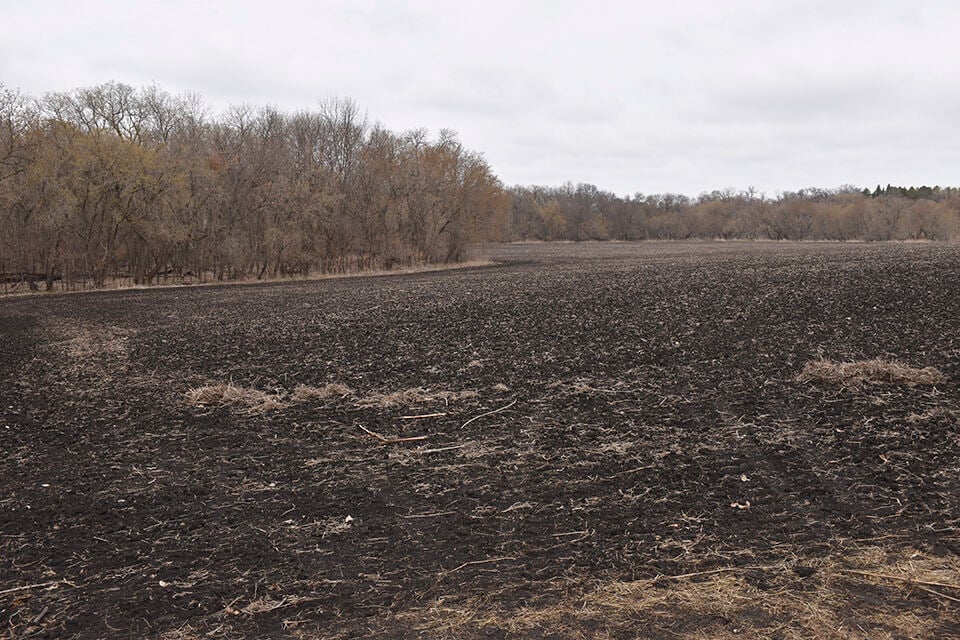 As May began, Crooked Lane’s wheat was planted, with corn and soybeans to follow. A 'typical' growing season varies, but generally, corn is planted in early May, with the soybeans a little later. 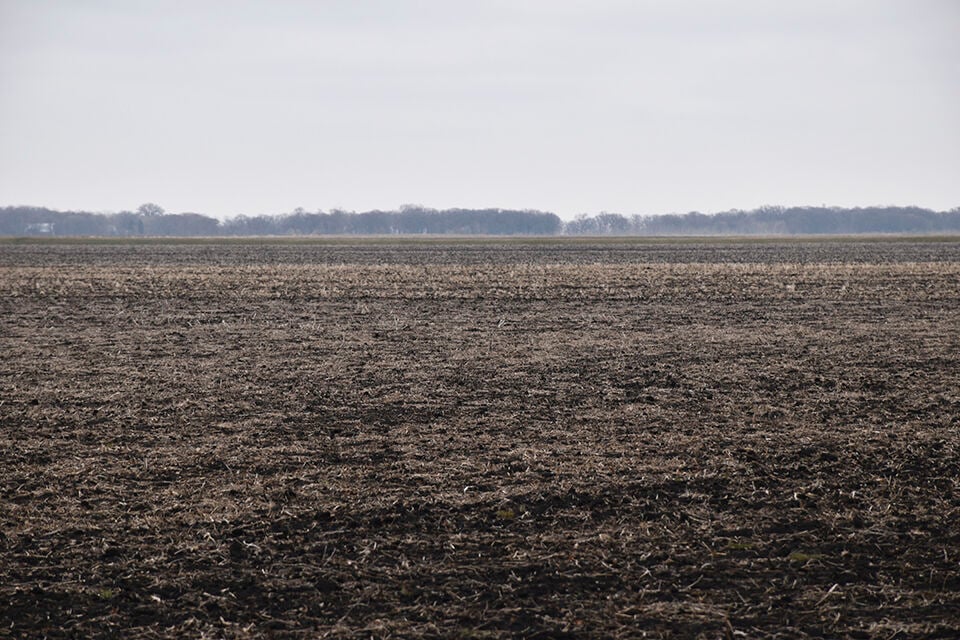 Good fences make good neighbors, according to the poem. In the case of Brent Larson and his fellow farmers, rich land makes neighbors into teammates. 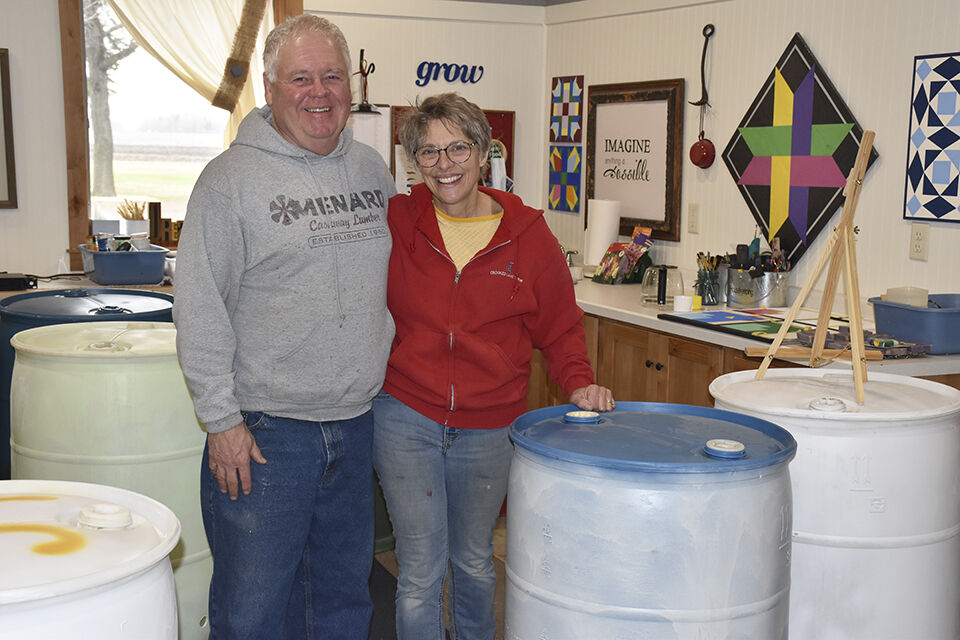 Brent Larson, left, taught for 33 years with the Dilworth-Glyndon-Felton school district in Minn. He lives on and operates the Crooked Lane Farm, folk school and event center with Mary Jo Schmid, right.

As May began, Crooked Lane’s wheat was planted, with corn and soybeans to follow. A 'typical' growing season varies, but generally, corn is planted in early May, with the soybeans a little later.

Good fences make good neighbors, according to the poem. In the case of Brent Larson and his fellow farmers, rich land makes neighbors into teammates.

Brent Larson, left, taught for 33 years with the Dilworth-Glyndon-Felton school district in Minn. He lives on and operates the Crooked Lane Farm, folk school and event center with Mary Jo Schmid, right.

Editor’s Note: In April-May, we are publishing a four-part series on agriculture and the lifecycle of crops. Each Tuesday edition of Daily News and News Monitor will feature a different part of the growing and harvesting process.

April 27: Part 1 looked at the seed and planting process at the start of the growing season.

May 4: In Part 2, we feature the growing stage of crops grown in our area.

May 11: Part 3 focuses on harvesting crops and the movement from field to elevator.

May 18: Part 4 takes a look at where the crops grown here end up.

“It’s not a gorgeous time of year, but it’s coming,” Brent Larson said.

Larson, who taught for 33 years with the Dilworth-Glyndon-Felton school district in Minnesota, lives on and operates the Crooked Lane Farm, folk school and event center with Mary Jo Schmid. The farm is located between the cities of Colfax and Abercrombie, North Dakota in northern Richland County.

Crooked Lane, like any other Red River Valley farm, is affected by factors including weather, human activity and what goes on outside its acres. Wet conditions persisted in 2019, Larson said. In 2020, there was the COVID-19 pandemic to contend with.

“I always have crop insurance. My dad didn’t insure his crops. If it was a stormy night in the summer, he’d sit up and watch. He couldn’t do anything but say, ‘Hope it doesn’t hail.’ I learned from that. I thought that if I keep on doing this, I’m going to have insurance. It might take away from your profit a little bit, but it adds to your sleep,” Larson said.

As May began, Crooked Lane’s wheat was planted, with corn and soybeans to follow. A “typical” growing season varies, Larson said, but generally, corn is planted in early May, with the soybeans a little later. Wheat can sometimes be seen as soon as mid-April and sometimes closer to June.

“We’ve had harvest for smaller grains like barley in late July, and then it can be into September. It depends on how the year is, how the rainfall and growing conditions are. You used to be able to harvest your soybeans in September and your corn in October, but lately it’s been the month after. Growing offers a lot of variety,” Larson said.

Something in the air

“From my perspective, the farmers care more for the land than anybody,” he said. “They have to make their living this way. They take great care in making sure to do the right work for sustainability.”

Klindt said he has problems with people who say farmers use too much pesticide or fertilizer, saying that in the present, less fertilizer is used and pesticides have been made safer.

“I like to keep track of the weeds, so the weeds don’t get ahead of me,” Larson said. “I do my own spraying. When it’s ready for spraying, you have to be ready to go. You can’t say I’m going to spray this (always on a certain date).”

Whether they’re used by professionals or purchased in the marketplace, agriculture chemicals are regulated. The industry, like farmland, evolves.

“(We conduct) ecological risk assessments to determine what risks are posed by a pesticide and whether changes to the use or proposed use are necessary to protect the environment,” the Environmental Protection Agency (EPA) stated. “Before allowing a pesticide product to be sold on the market, we ensure that the pesticide will not pose any unreasonable risks to plants, wildlife and the environment.”

Over the course of his career, Klindt said, he has seen better understanding of chemicals, their changes and how technology and innovation work.

“I think there’s a lot more that the farmer puts into their work. There’s so much homework that had to be done. Every field is different. You can’t use the same seed forever. Most farmers are highly sophisticated and it’s from how they plant their crop all the way to how they market it,” he said.

Crooked Lane also grows grapes. Larson said the farm will double its grape field for spring 2021. Grapes are a long-term crop. It takes at least three years before they’ll even produce.

“We’ve got some grape vines my dad planted years ago and apple trees that we continue to plant,” Larson said. “(Grapes are) kind of a new venture for me. I get help from my neighbors across the river (Dakota Vines Vineyard and Winery).

Good fences make good neighbors, according to the poem. In the case of Larson and his fellow farmers, rich land makes neighbors into teammates.

“We’re kind of atypical in that we’re just a few acres,” Larson said. “My fields are landlocked, or down by the river or smaller. In smaller fields, people can’t get big machinery down there. I might get a call from a neighbor saying, ‘I’ve got this land here, would you like to farm that?’ It allows me to keep my hand in a little bit. We’re blessed with good neighbors.”

Where the soybeans stand

Assuming 8 percent of PLS do not result in established plants across North Dakota, Endres and Kandel continued, and by using 170,000 PLS per acre, about 155,000 plants per acre would be expected to maximize yield.

“Within regions, optimum yield occurred with 180,000 and about 140,000 PLS per acre in eastern and western North Dakota, respectively. Across North Dakota or by regions, narrow rows (less than 15 inches) consistently provided (the) greatest soybean yield,” NDSU stated.

Recommended planting rates are for optimum yield, Kandel said. Economic yield must also be considered based on seed costs and soybean market prices.

“I was going to call myself a hobby farmer, but it’s more of a part-time farm. I got my fertilizer bill today and — it’s more than a hobby,” Larson said.

With Crooked Lane’s wheat in the ground and the corn and soybeans to follow, Larson talked a little about his responsibilities.

“I never wake up in the morning and think I’m caught up,” he said. “I never get bored. Some things may be tedious, but I’m never bored. People ask, ‘How long does it take you to mow that lawn?’ I say I don’t know, I’ve never finished. I say that today I’m gonna do this much. And the next day, I’ll do a little bit more.”