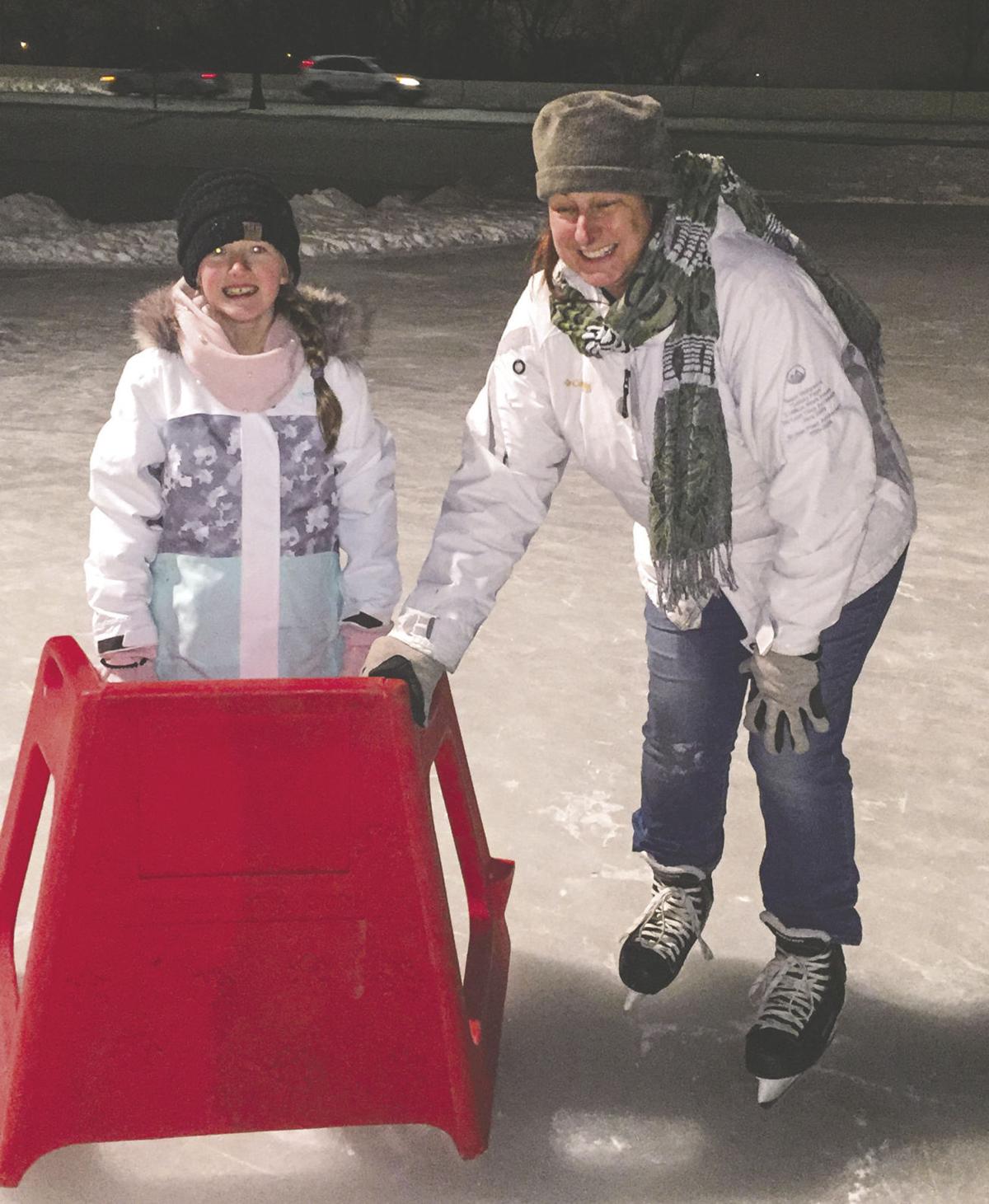 Janet Engelhardt, right, mentors Mati Mimnaugh. January is National Mentoring Month, continuing a mission of expanding the quality and quantity of mentoring experiences which began in 2002. 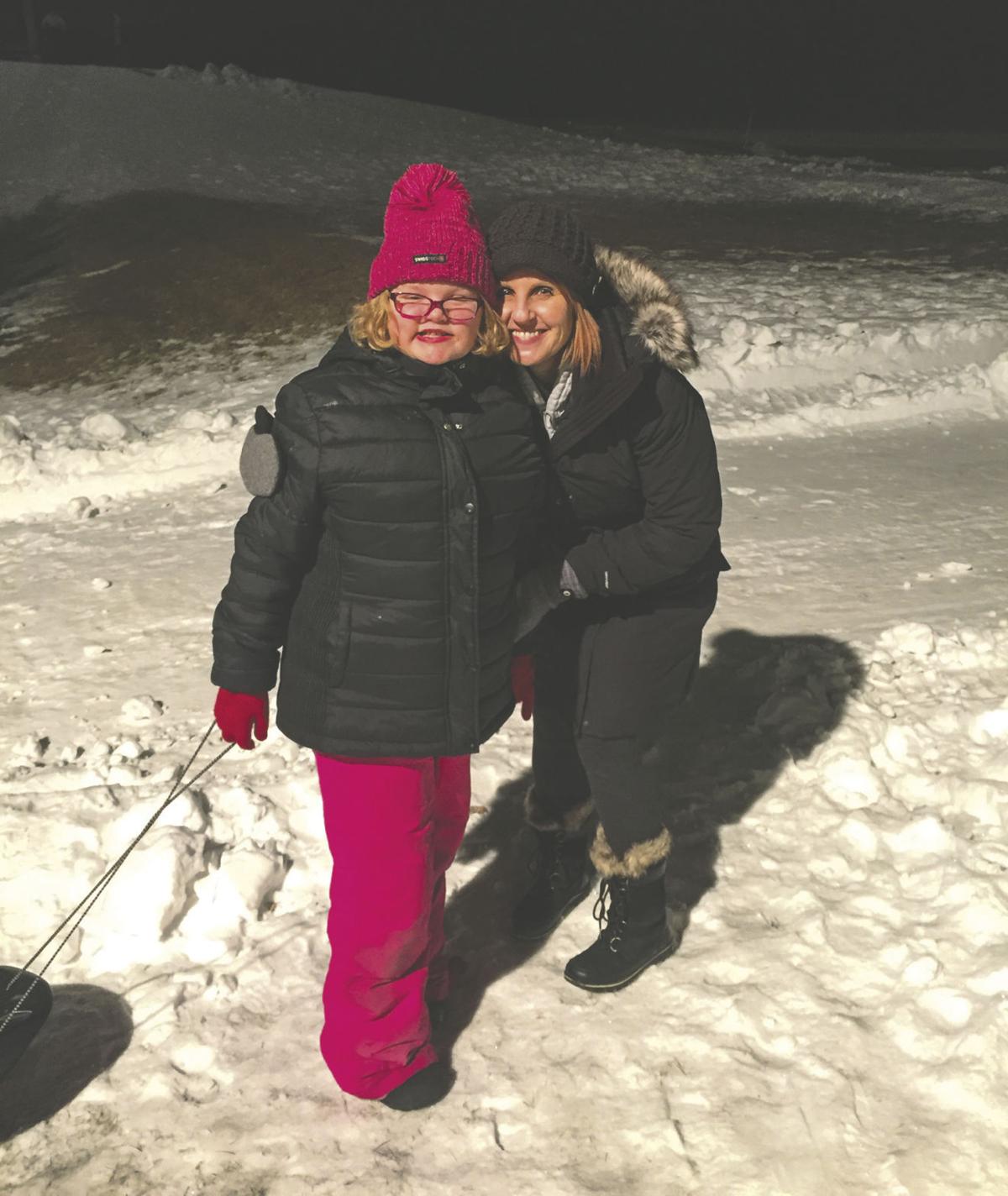 Hailey Clark, left, and her mentor Shana Remily smile during the 2019 sledding and skating party hosted by Richland-Wilkin Kinship. The organization is eager for more community members to get involved in the lives and well-being of Twin Towns Area youth.

National Mentoring Month’s 19th anniversary is worth celebrating, according to leaders and supporters of Richland-Wilkin Kinship.

“We want to expand quality mentoring opportunities and connect more of our community’s young people with caring adults,” Christensen said. “Remember: a simple friendship can transform a life.”

Each winter, Kinship holds a sledding and skating party for mentors and mentored youth. This year’s event is scheduled for 6:30-8:30 p.m. Thursday, Jan. 23 at the Family Community Center, 521 Sixth St. N. in Breckenridge, Minnesota.

“National Mentoring Month is a great reminder to think about who made a difference in your life. It’s a way to realize that small actions and simple words with a youth can have huge payoffs,” Christensen said.

Based in Wahpeton, Kinship works with youth in Richland County, North Dakota, and Wilkin County, Minnesota. The organization is known for events such as the annual Amazing Race, scheduled this year for Friday, June 5. In recent years, Kinship has branched out to work with and in area schools though the “Lunch Buddies” program.

“Research shows that mentors play a powerful role in providing young people with the tools to strive and thrive, to attend and engage in school and to reduce or avoid risky behavior like drug use,” Christensen said.

• 55 percent more likely to be enrolled in college

• 78 percent more likely to regularly volunteer in their communities

“The same research, however, shows that one in three young people in our country will group up without a mentor,” Christensen said.

“They have applied, are waiting and could benefit from having a mentor from outside their family,” Christensen said.

Research indicates as many as 44 percent of adults are not yet mentoring, but have considered getting involved, Christensen said. Current statistics say young adults aged 18-29 are more than twice as likely as people who are 50 or older to say they had a mentor in their youth.

“These rates appear to have been rising steadily over the past several decades,” Christensen said.

Since its launch in 2002, National Mentoring Month has been endorsed by the U.S. president, Congress and celebrities.

National Mentoring Month observances are considered a prime time for increasing interest in becoming a mentor.

“With the support of the mentoring community, we are encouraging the public — the wider community — to go beyond just digital engagement and become involved in real life,” Christensen said.

Interested in finding a mentoring opportunity or just learn more about the role mentors play in a community? Visit www.rwkinship.org, Kinship’s page on Facebook or call 701-672-0303.