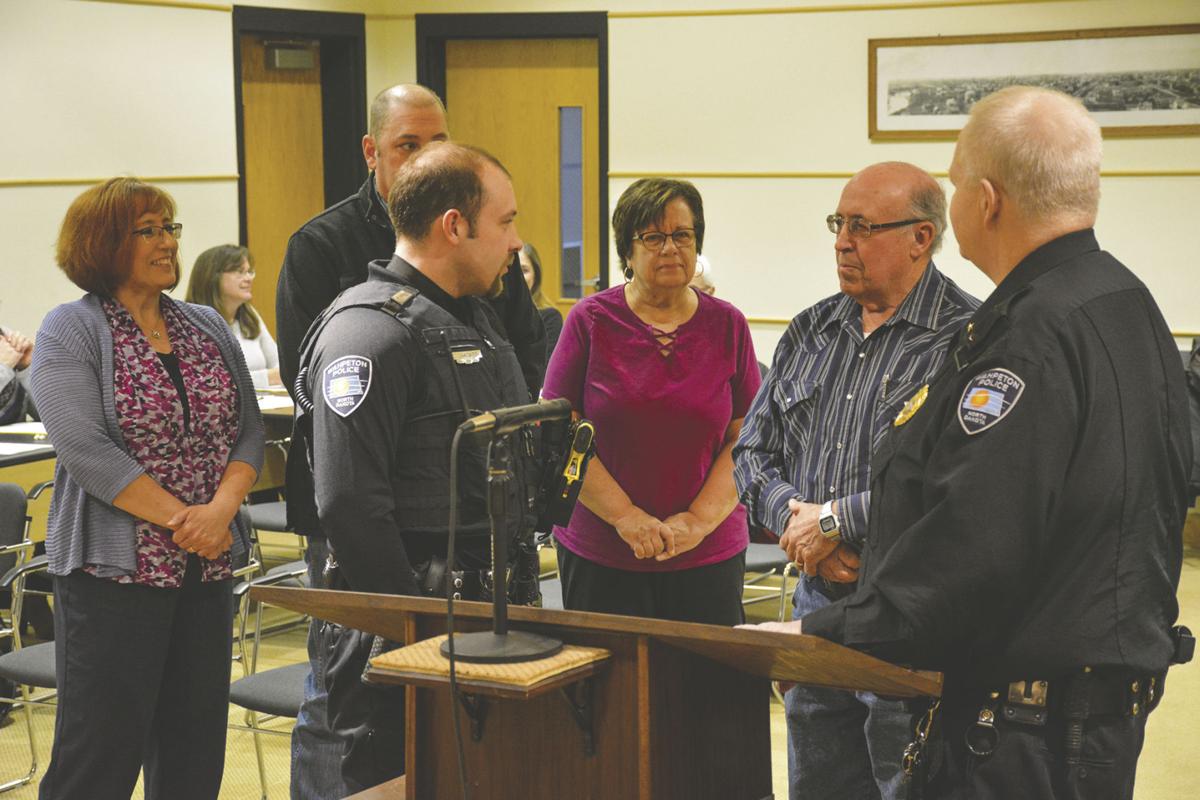 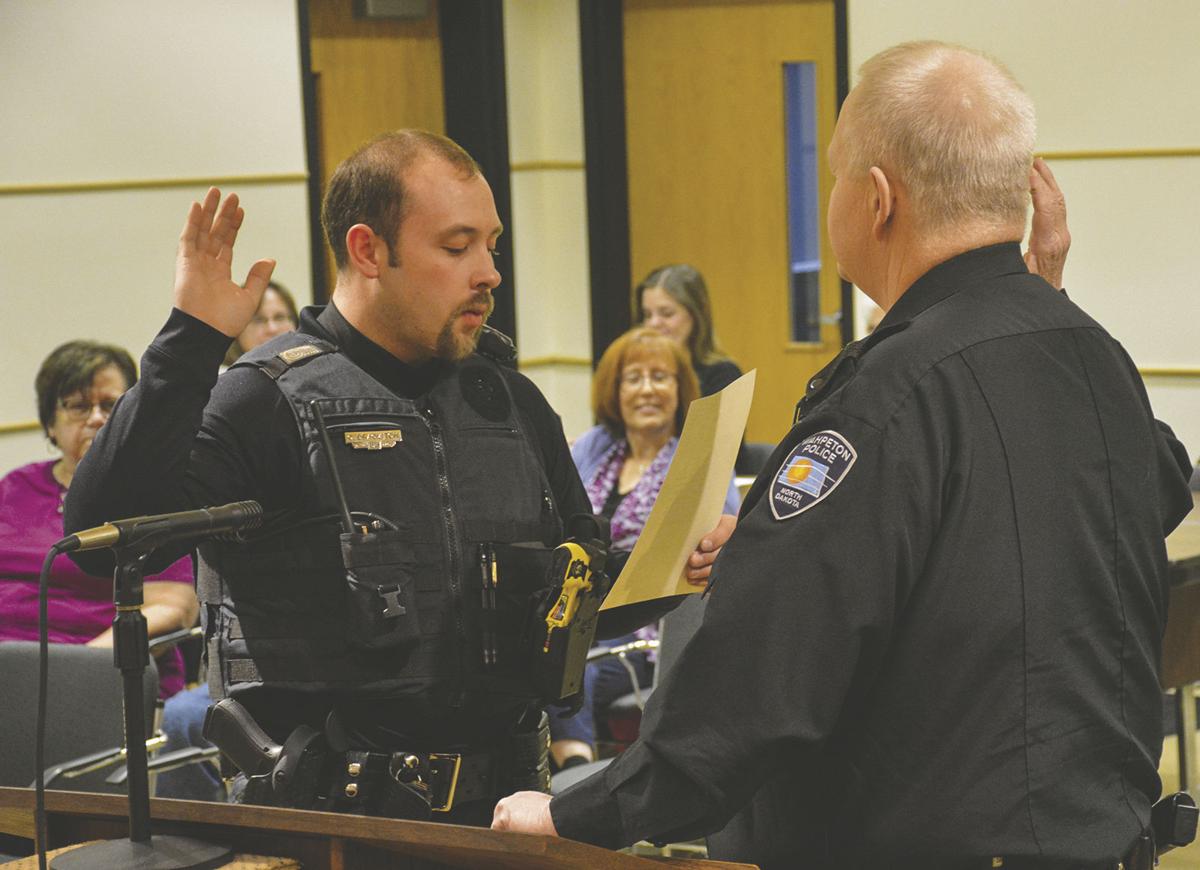 The swearing in of Wahpeton Police Officer Cody Draovich, left, comes at a time when the city has reached its capacity for officers. As of Tuesday, Jan. 6, 16 officers serve Wahpeton. It is the first time in nearly three years the department is at full capacity.

The swearing in of Wahpeton Police Officer Cody Draovich, left, comes at a time when the city has reached its capacity for officers. As of Tuesday, Jan. 6, 16 officers serve Wahpeton. It is the first time in nearly three years the department is at full capacity.

New, longtime and former police officers were among the attendees at Monday’s Wahpeton City Council meeting.

“Cody, many, many years ago, I stood in about the same spot and started my career with the Wahpeton Police Department,” Lotzer said. “I wish you well on your career here.”

As of Tuesday, Jan. 7, the police department has 16 officers serving. It is the first time in nearly three years the department is at full capacity, Chief Thorsteinson said.

The swearing in was also attended by Draovitch’s parents, Andy and Raquel, and his grandmother, Myrna. Andy Draovitch is the son of the late Daniel Draovitch, former chief of police in Minot, North Dakota.

“I wanted to stay, doing what I’m doing,” Lambrecht said Tuesday. “I have a passion for our city and want us to keep moving forward, maybe at a faster pace. Moving now changes a few things for me. By law, residency is decided by where you lay your head.”

While Lambrecht’s current primary residence is in Wahpeton, it is no longer in the 3rd Ward. He anticipates running, possibly as an at-large candidate, in the city’s next elections.

Five Wahpeton council offices will be decided by the Tuesday, June 9 ballot. They include two at-large council positions and one position each representing residents in the city’s 2nd Ward and 4th Ward, Daily News previously reported.

The now vacant 3rd Ward council position has a term expiring in 2022. In previous election years, an appointed office holder has the choice to run for election for the remaining years of an unexpired council or park board term. Candidates seeking the 3rd Ward office would be running for a two-year term, not a full four-year term.

Mayor Dale announced Lambrecht’s resignation. It will take 15 days before the council can consider filling the empty position, Dale said.

Lambrecht was first elected to the 3rd Ward in 2014 before being re-elected in 2018. Before resigning, he served on the city Public Works and Safety Committee, Flood Committee and Leach Public Library Board. He currently serves with the Wahpeton Fire Department and as the emergency manager of Richland County, North Dakota.

One benefit of not serving on council during the late winter and early spring months, Lambrecht said Tuesday, is that he will be able to focus his attention on local flood management and protection.

Wahpeton has been without 2nd Ward representation since Councilwoman Renelle Bertsch resigned in September 2019.

Petitions to run for the Wahpeton City Council or Wahpeton Park Board are due to the city auditor by 4 p.m. April 6, 2020. For more information, contact Wahpeton City Hall at 701-642-8448.