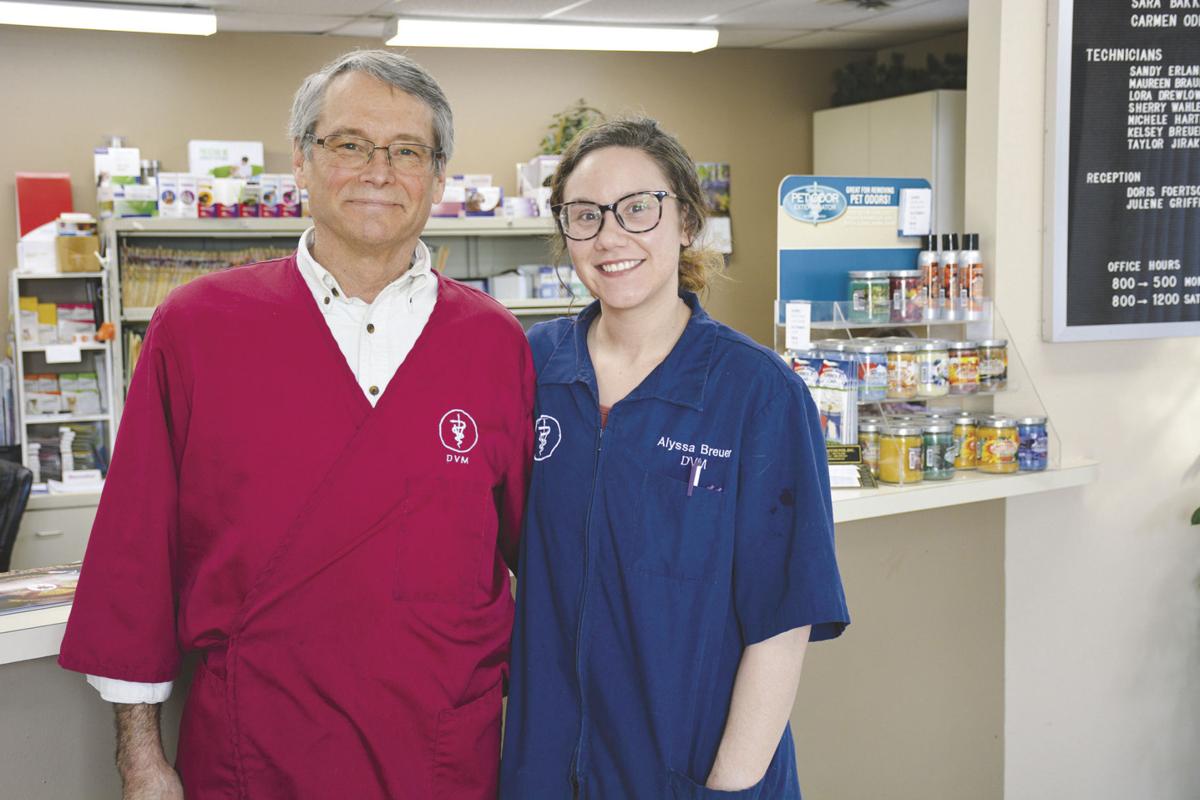 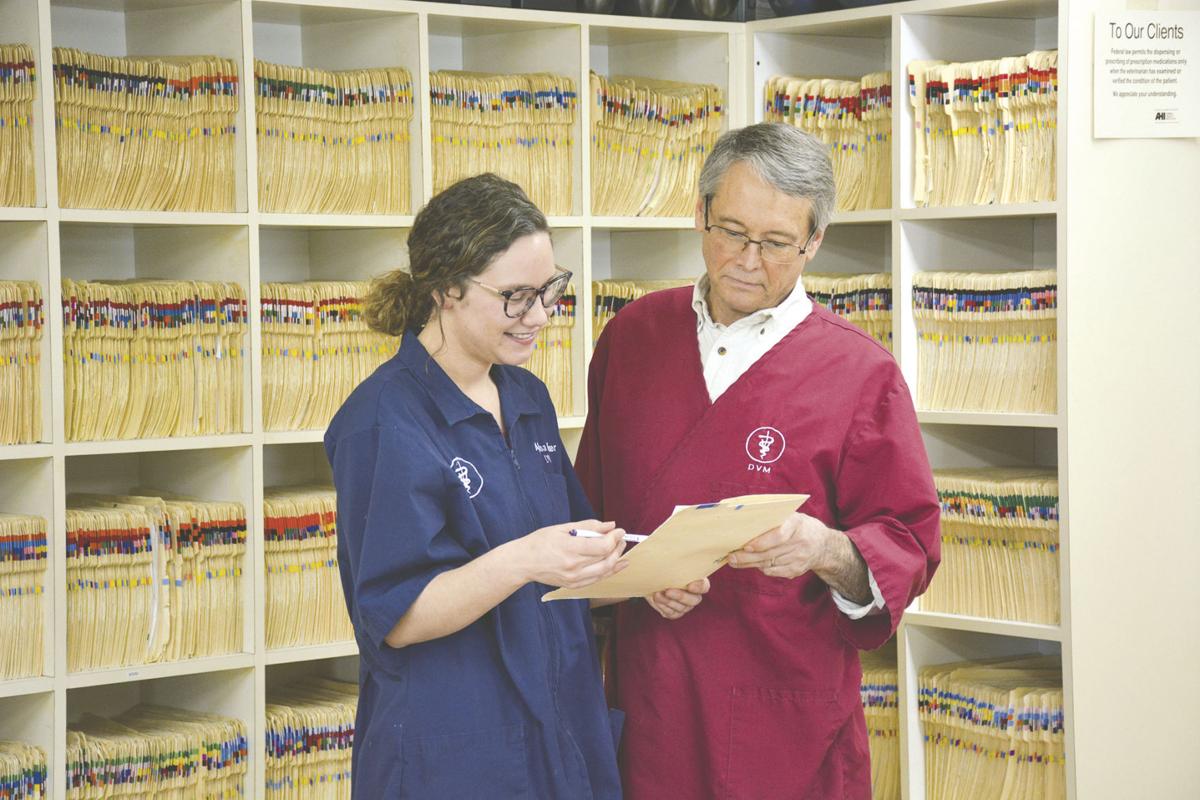 Dakota Veterinary Hospital currently has a staff of 13, including four veterinarians. Dr. Breuer has been a member of the staff since May 2016.

Dakota Veterinary Hospital currently has a staff of 13, including four veterinarians. Dr. Breuer has been a member of the staff since May 2016.

Dr. Alyssa Breuer is the practice’s new owner as of Friday, Jan. 31. On that day, Dr. Tim Matz retired after nearly 42 years as a veterinarian and eventual owner of the practice.

“I’ve given it my best years,” Matz said. “It’s time. I turned 66 in December. Dr. Breuer wanted to become a practice owner. I wanted to cut back and spend more time with the family.”

“I didn’t fall far from the tree. I wanted to come back to the area and fortunately there was an opening available for me,” Matz said.

Established in 1960 by Dr. Lloyd Best, Dakota Veterinary Hospital currently has a staff of 13, including four veterinarians. The staff includes another new arrival, Dr. Megan Pedersen of Hankinson, North Dakota. In the early years of his career, Matz practiced with Best and Dr. Terry Boldingh.

“I eventually became the practice owner as they retired or took other positions,” Matz said.

Breuer, 30, joined Dakota Veterinary Hospital in May 2016. A mother of one, she’s been experiencing many changes in a short time.

Despite the changes, Breuer and Matz stressed continuity. Matz will continue to work with Chahinkapa Zoo and the Humane Society of Richland-Wilkin Counties. He may also work as a relief veterinarian when needed.

“I just won’t be responsible for the day to day operations,” Matz said.

Breuer’s purchase of Dakota Veterinary Hospital is the result of a years-long apprenticeship and transition plan.

She and Matz had been talking about her professional future since her days in veterinary school.

“I’ve been his little shadow, watching everything he does and learning from the best,” Breuer said.

Saying he doesn’t know what to expect in his “chapter two,” Matz nevertheless has a few things he’s looking forward to.

“A less busy schedule,” he said. “The opportunity to clean my garage, to do some things that you’ve put off just because you don’t have time. My plans are to spend more time with my grandchildren. I am staying in the neighborhood.”

Matz considers himself fortunate. He estimates being one of a small number of his veterinary school class who practiced his entire career in one location.

In July 2017, he received the Habitat Hero award and received the honor of a namesake building at Chahinkapa Zoo. The zebras live in the Dr. Tim Matz Veterinary Center.

“The community of Wahpeton and Breckenridge has been wonderful to me. It’s an honor and a privilege to have been able to work here for so many years,” Matz said.

Some people wait for time to pass when they’re on the job. Matz never had that feeling.

“I don’t know if it’s a luxury or not,” he said. “I never had to worry about something to do.”