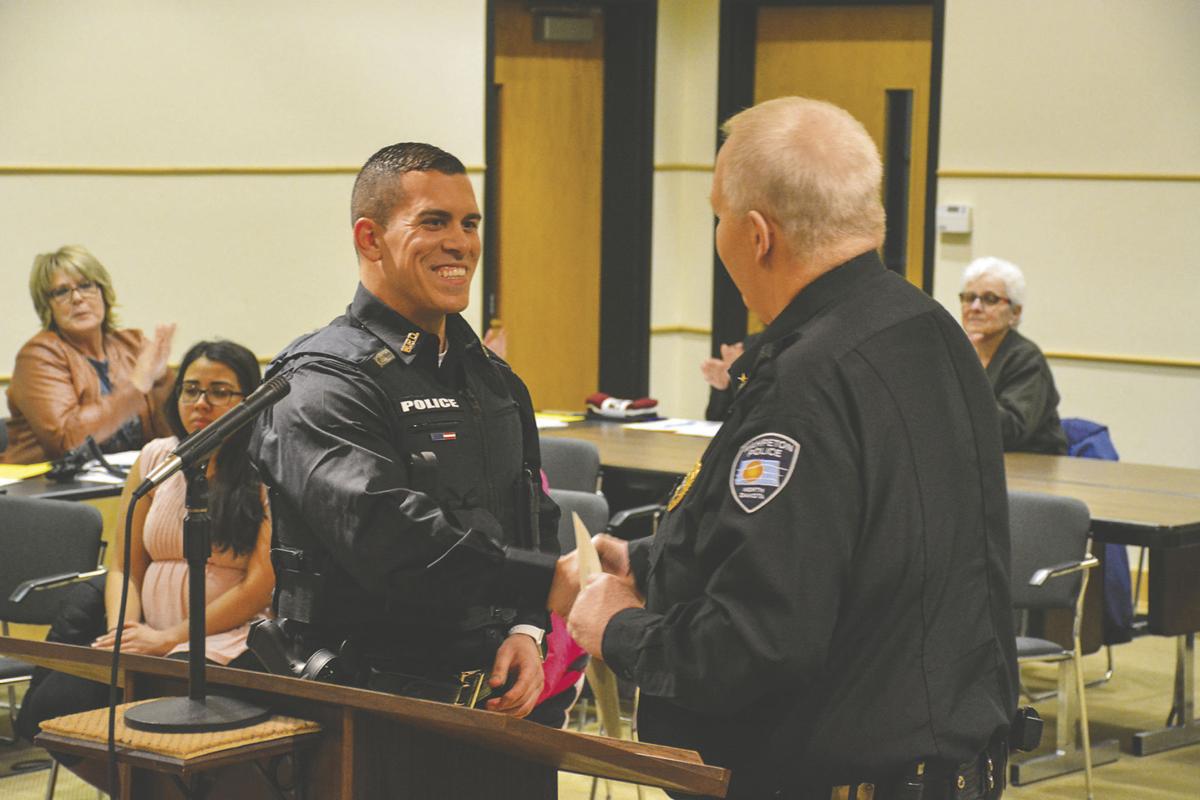 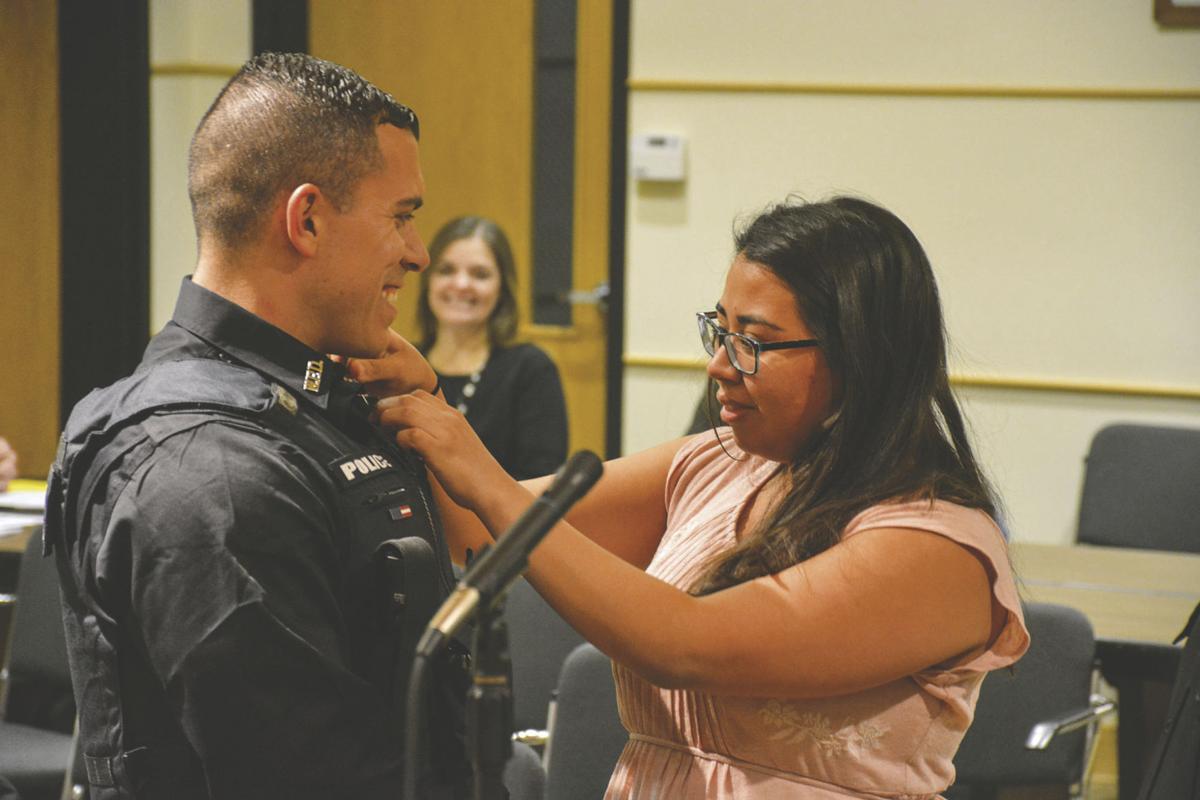 Officer Anthony Gallegos’ badge was pinned on by his fiancée, Maria Romero.

Officer Anthony Gallegos’ badge was pinned on by his fiancée, Maria Romero.

Officer Anthony Gallegos took his oath during a Wahpeton City Council meeting. Gallegos’ badge was pinned on by his fiancée, Maria Romero.

A U.S. Army veteran, Gallegos grew up in Great Bend, North Dakota. The department is pleased to have him, Wahpeton Police Chief Scott Thorsteinson said.

The swearing in was attended by Gallegos’ daughter, Gabriella, and Sgt. Matthew Anderson and Officer Jordan Buffet of the Wahpeton Police Department.

“We haven’t lost anybody doing it yet,” Chief Thorsteinson said as Romero pinned the badge to Gallegos.

Thorsteinson last swore in Officer Jonathan Kaatz on Oct. 21, 2019. That evening, he said the department is expected to be fully staffed by Jan. 2, 2020.

Several license holders have not yet submitted their renewal applications, Huwe said. They are expected to do so prior to the Tuesday, Dec. 31 deadline.

Council also approved Resolution No. 3736, which would allow the use of eminent domain for acquiring land considered necessary for flowage easements in a flood protection project Wahpeton began work on in 1997.

Negotiations were unfortunately not able to be concluded, City Attorney Steve Lies said. The resolution was approved with a 6-0 vote, as Councilman-at-large Perry Miller abstained on grounds that he’s friends with the party involved.

• distribution and retaining of Bull Bash funds, as well as a contract with deposit for the 2020 event

• increasing a fire insurance premium distribution form $1,000 to $1,200 for 45 firefighters; Councilman Brett Lambrecht, 3rd Ward, abstained from voting on the grounds that he’s a firefighter

• the purchase, at $10,000 each, of 12 lots in northwestern Wahpeton, located west of the Kennedy Park Townhomes and Westdale Apartments; the lots would be purchased from Paces Lodging and the money comes from the housing development reserve fund

• change order No. 1, permitting spending $1,181 for work done on the flashing beacon warning system at Ninth Street North and the 210 Bypass

The socks are donated to Three Rivers Crisis Center, Wahpeton. The one requirement is that socks must be new. Otherwise, they can be a single pair, come in a multipack or be whatever design the donor wants. Several funky pairs have already been hung on the tree, located in the Leach Public Library.

“We’ll be taking donations from now through Dec. 31,” Bakken said. “Last year’s donations were not damaged by the (January 2019) fire above Three Rivers Crisis Center. We hope to have donations that exceed last year’s amount.”