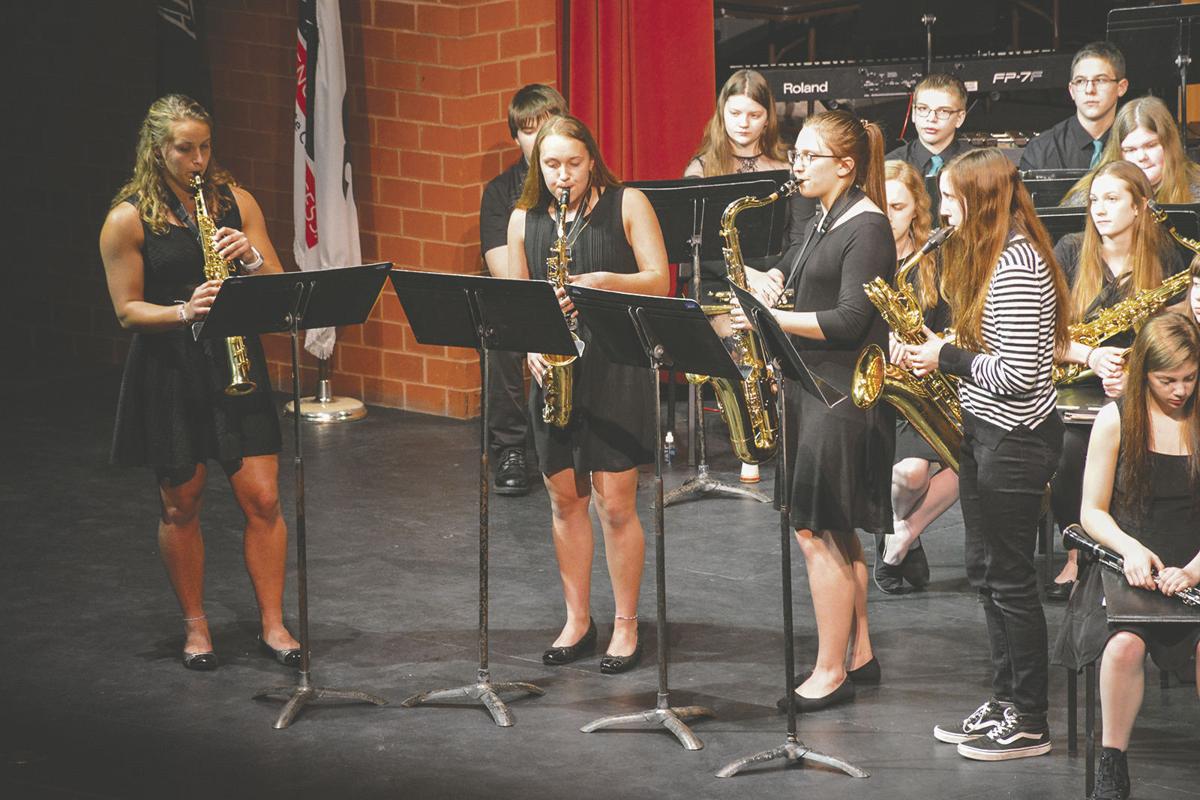 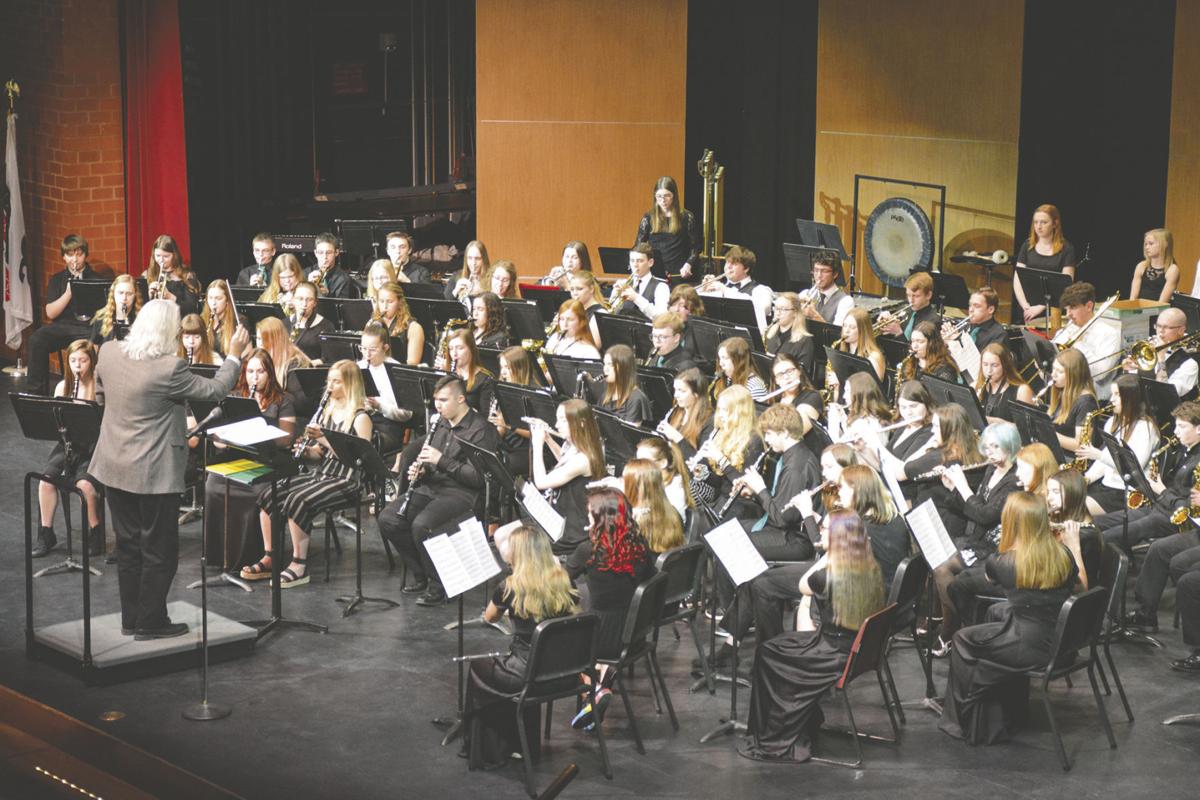 “It is quite an honor for the students to receive an Outstanding Performance honor,” said Tammy Goerger, instrumental music teacher. “This is an award that is given by the adjudicator to the best group that he heard the day of competition.”

“I wanted to keep the award a surprise, which meant I had to get the parents involved as well as Dr. Hollingsworth,” Goerger said.

Wahpeton’s musicians were aware they had a chance of winning, but none knew exactly who would receive the honor. They were proud of the work they did in Grand Forks and devoting their energy to the community concert.

Dr. Sigurd Johnson led the three schools Monday. He is an associate professor of music and director of athletic bands and percussion studies at North Dakota State University.

The concert’s setlist included the “Earl of Oxford’s March,” “Earthdance,” “Loch Lomond” and the “Children’s March.”

One last bit of uncertainty occurred prior to Monday night. Hill was competing in the North Dakota Poetry Out Loud competition, held earlier that day in Bismarck. In the end, she was able to make it to the Wahpeton concert in time.

“I think the students were surprised to a certain extent, yet I think they also knew something was up,” Goerger said.

“Many Moons,” the next NDSCS drama production, premieres 7 p.m. Tuesday, March 31 at the Bremer Bank Theatre. There will be a second performance Wednesday, April 1.

“There will be one more opportunity to hear all of the groups that received a state star as well as the Outstanding Performance Group,” Goerger said.

A 7 p.m. concert will be held Monday, March 9 in the Wahpeton High School auditorium.

Look to Daily News for coverage of spring arts events.