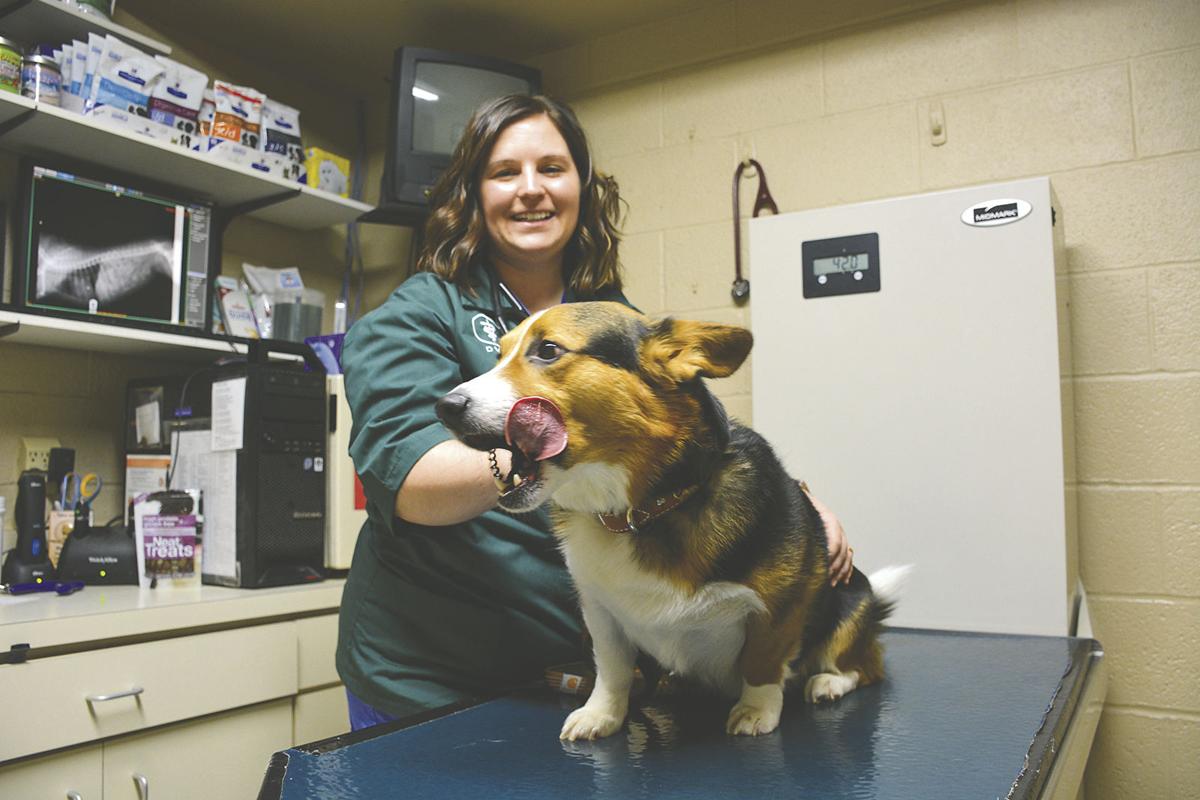 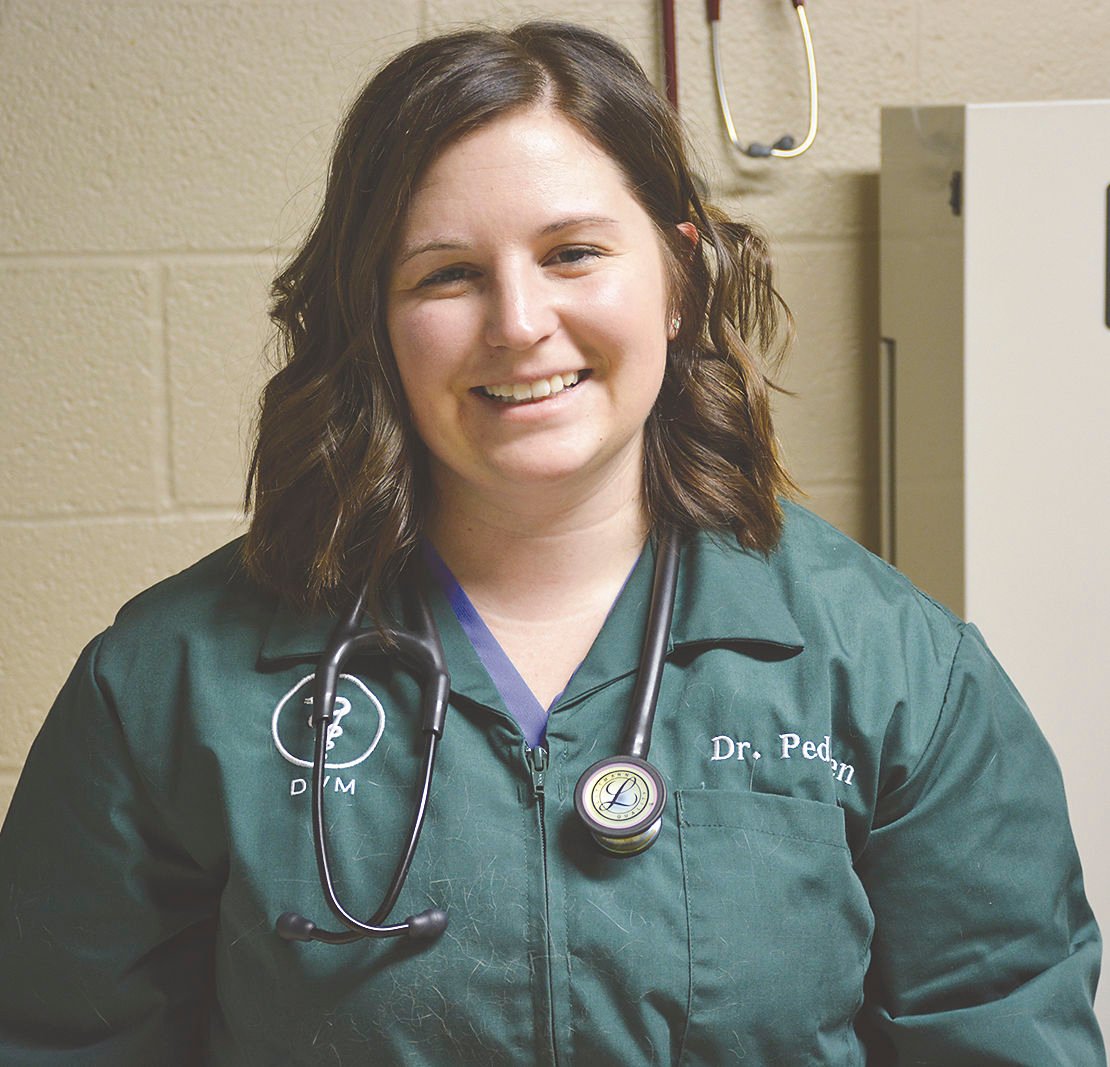 Every day is an adventure and a learning experience for the newest doctor at Dakota Veterinary Hospital, Wahpeton.

“The doctors are great and they’re giving me a hand,” Pedersen said.

A graduate of St. George’s University, Grenada, West Indies, Pedersen also received education from the University of Minnesota’s college of veterinary medicine. She has a bachelor’s degree in animal science from North Dakota State University and is a graduate of Hankinson Public School.

“I always knew I wanted to come back to North Dakota,” Pedersen said.

Pedersen knew from a young age that she wanted to work with animals, whether in a scientific or medical field. The daughter of Paul and Beth Tiegs, Hankinson, Pedersen grew up on a farm.

During her high school years, Pedersen rarely wanted for activity. In February 2009, she was named a Rotary student of the month. Reporting on the honor, Daily News mentioned her involvement in state band and choir, Relay for Life, Teens for Life, student government, yearbook, cheerleading and more.

Pedersen expanded her interests in animal health and science by participating in local, regional and state science fairs, specializing in projects involving cattle.

Pedersen is joining a 60-year old practice well-known in the Twin Towns Area. Dakota Veterinary Hospital and its staff members have treated patients ranging from the animals of Chahinkapa Zoo, Wahpeton, to house pets.

The wheel keeps turning at Dakota Veterinary, Daily News reported last week. Dr. Alyssa Breuer is the practice’s new owner as of Friday, Jan. 31. On that day, Dr. Tim Matz retired after nearly 42 years as a veterinarian and eventual owner of the practice.

“I’ve been his little shadow, watching everything he does and learning from the best,” Breuer said.

Breuer and Matz had spent the last few years working out an apprenticeship and transition plan, Daily News previously reported.

“The community of Wahpeton and Breckenridge has been wonderful to me,” Matz said. “It’s an honor and a privilege to have been able to work here for so many years.”

Dr. Pedersen and her husband, Jared, married in September 2019. They are the parents of a corgi, Rudy.

“From day to day, my responsibilities can change,” Dr. Pedersen said. “In one hour, I could be on a farm or in the clinic. It’s always different. There’s always a challenge.”