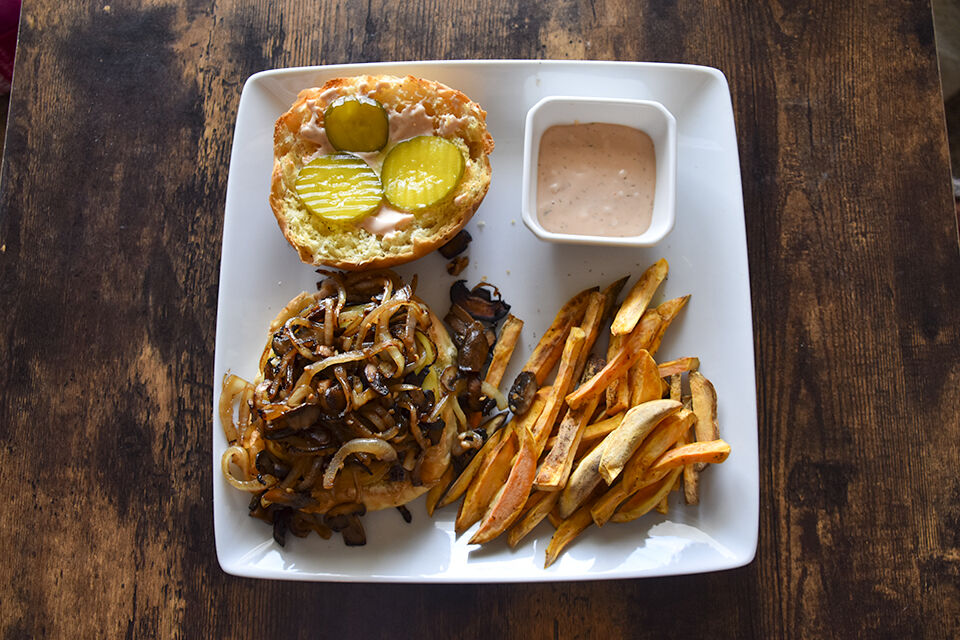 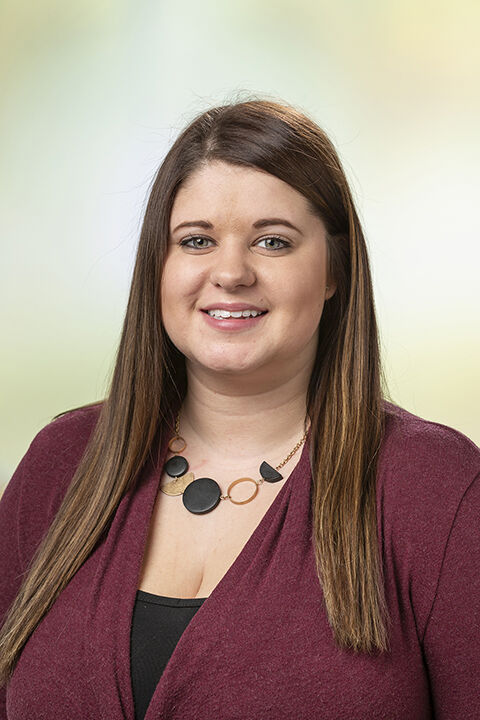 Few can argue with the merits of a good burger or the mouth-watering appeal of a juicy sirloin. Many cringe at the mere thought of a stringent, plant-based diet. Veganism and vegetarianism are thought to be lifestyles reserved for hipsters, millennials and environmental studies majors.

Following a strictly herbivorous diet can be difficult, even frustrating, especially when the person in the apartment next door is making bacon for breakfast.

That’s why in the last few years, a new philosophy on food has been gaining traction. People are turning to the idea of the “reducetarian” diet, a movement focused on limiting meat and/or animal products without fully omitting them from their diet. The term and idea were coined by Brian Kateman, founder of the nonprofit Reducetarian Foundation.

In 2019, 95 percent of people who bought a vegan burger were not vegan or vegetarian, and plant-based meat sales at restaurants were up 10 percent from 2018, according to a MarketWatch report.

Moriah Anderson, dietician at Essentia Health in Fargo, North Dakota, said people should work to incorporate more vegetables into their diets. In 2020, she said she had about a dozen patients interested in making plant-based changes.

“I think (reducetarian) is a great option,” Anderson said. “Diet is all about balance. Most of us can do better with our fruit and vegetable consumption. Focusing on meatless meals a few times per week can help us increase our fiber and decrease our fat intake.”

It is undeniable that excessive meat consumption is both harmful to the consumer and the Earth.

In 2019, the American Journal of Clinical Nutrition published a study that found those who consumed more than a half-pound of red meat each day were 23 percent more likely to die than those who consumed less than 2.6 ounces. The same study concluded that proteins in eggs, fish and plants did not influence mortality.

“Transitioning to a more plant-based diet could reduce the global mortality rate by 6-10 percent,” according to the Reducetarian Foundation.

Also alarming is the climate impact of meat and dairy consumption, particularly in the U.S., where Americans eat over four times more beef products than the rest of the world, according to data from the Organisation for Economic Co-operation and Development. Beef remains the most environmentally impactful meat on the market.

“If the average American cut just a quarter pound of beef a week from their diet, about one hamburger, it would be the equivalent of taking 10 million cars off the road for a year,” Natural Resources Defense Council Health Campaigns Director Sujatha Bergen said.

The idea of “Meatless Mondays” gives a glimpse into the movement’s goal. Reducetarian is not all or nothing, nor should it be, Anderson said.

“When we start cutting out foods and saying they are bad or are off limits, this can create an unhealthy relationship with food,” Anderson said. “Sometimes going on strict ‘diets’ for any reason can cause eating disorders. Trying to follow a diet to a T can cause us to be obsessive and focus too much on what we are eating and how it is made. Everything is okay in moderation — even meat.”

Some common misconceptions about meatless diets are that they do not provide enough protein or nutrients and they are expensive to follow.

“You can get enough protein from plants. Focusing on getting protein from tofu, beans, lentils, peas, nuts and seeds can help,” Anderson said. “Some plant-based options such as beans can also help improve our budget, they are a great budget-friendly protein!” she added.

Still, people need to watch their nutrient intake to ensure they are getting enough iron, B12, D3, zinc and calcium, Anderson said. Eating more plant-based meals is not guaranteed to be healthier. Some vegan options have just as many or more additives and preservatives as their meaty counterparts, so it is still important to read labels.

“Having a meatless Monday, trying to increase your fruit, vegetable and meatless protein consumption has many health benefits,” Anderson said. “Having less saturated fats and more natural ingredients can make a big impact on your blood pressure, GI (gastrointestinal) health, blood sugar numbers and how you feel in general.”

During my stint as a strict vegan, I made everything from biscuits and sausage gravy to pizza to butter chicken to Pad Thai to cauliflower steaks to eggs and potato hash to nacho cheese to tacos to pot pie. It can be done.

For those who find the task of finding delicious and filling plant-based meals daunting, there is a world of recipes available. Plant-based proteins like tofu are available at Econofoods and Walmart in Wahpeton, and my personal favorite, Beyond Meat, comes in burger patties at Econofoods. The grocery stores also carry plant-based sausages — I like Field Roast — and vegan dairy alternatives.

I found substituting chicken with properly-baked tofu is barely noticeable in curries and sauces. Using Beyond Meat or a similar plant-based “ground beef” is great for burgers, burritos, pasta dishes or wraps. Jackfruit — when pulled apart — can emulate pulled pork and is great in tacos, barbecue or enchiladas. Beans and lentils can replace meat in chilis and stews without sacrificing flavor.

My personal favorite plant-based food blogger is Nora Cooks. Her website is full of hearty and failsafe vegan recipes and she has a little something for everyone. If you’d like to keep your options open, simply search “delicious vegan (or vegetarian) recipes” and you’ll be met with hundreds of thousands of online recipes to try.

For an introduction to plant-based meals, try my easy and delicious take on a classic recipe

Beyond Meat package of two burger patties (you don’t have to use this brand, but take it from a meat-eater, Beyond Meat is scrumptious and the closest meat substitute I have ever found to the real thing.)

Oil, butter or margarine for cooking

Roast Chao Slices at Walmart in the produce section)

½ cup Mayonnaise (to make this vegan, find Vegenaise at Walmart in the produce section)

Preheat the oven to 425º. Peel and cut sweet potatoes into half-inch wide fries. Toss in oil, salt and pepper, to taste. Spread on a baking sheet and place in the oven for 10 minutes. Take out of the oven and flip the fries allowing all slides to cook. Bake in the oven another 5-7 minutes until desired crispiness.

Heat oil or butter in a medium sized saucepan over medium heat. Place onion strips and mushrooms in the pan, stirring occasionally. After 3-4 minutes, place half of the minced garlic in the pan. Remove the vegetables from heat when they are browned and caramelized.

Heat oil or butter in a different frying pan over medium heat and place your plant-based meat in the pan. Follow the cooking directions on the package. If you bought ground plant-based meat, form into patties. If your plant-based meat is frozen, flip more frequently and cook a few minutes longer. Check to ensure your burger is browned on both sides, then place a slice of cheese on the patty and cover the pan. Let the cheese melt — yes, even the vegan cheese will melt — then remove from heat.

Prepare the sauce: In a bowl, combine mayonnaise, ketchup, mustard, the other half of the minced garlic and the dill (optional). Stir until combined.

Arrange your burger: Coat bun with fry sauce, put patty on, coat top bun with more fry sauce and pickles and load up the patty with caramelized onions and mushrooms. Dip sweet potato fries in your remaining sauce.