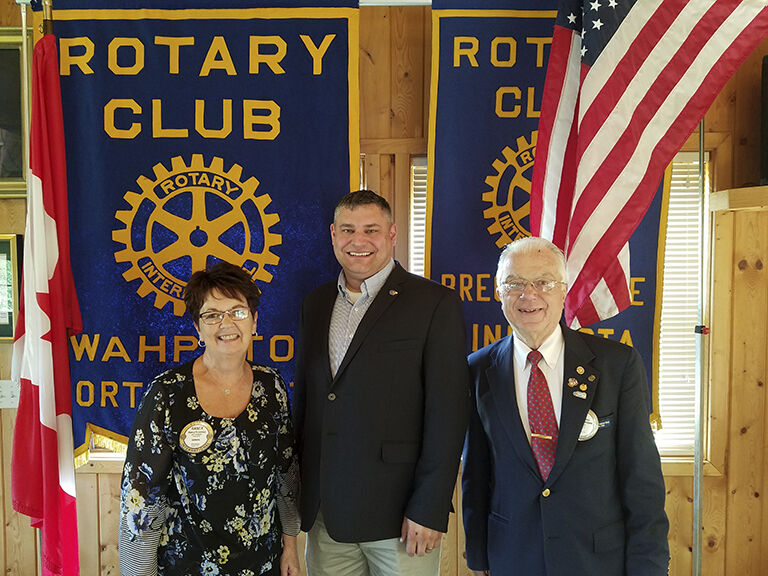 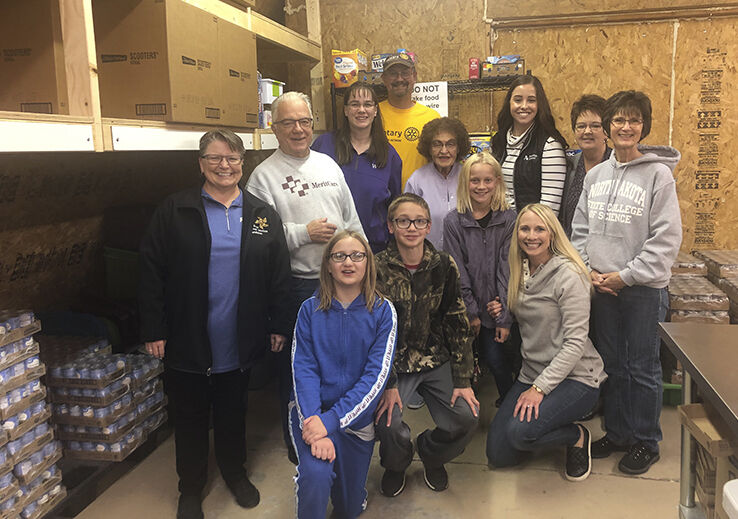 The Rotary Club’s motto is “Service above self,” a motto its members have been fulfilling for 100 years in Wahpeton and Breckenridge.

The Rotary Club is a service organization that involves itself in local, national and international projects by contributing financially, volunteering or both.

“I’d say when the Rotary Club takes on a project it’s long term, making sure it keeps going forward instead of just doing it, forgetting it and walking away,” Wahpeton-Breckenridge Rotary Club President Edd Goerger said.

Members all have personal reasons for joining the club but at the end of the day it all boils down to serving communities, whenever and wherever they’re in need.

“To start, it was probably for networking, but as you get into it you realize all the good things that they do,” former President Shawn Longhenry said.

Longhenry grew up in a small town and when someone needed help the whole town banded together. The Rotary Club shares those same principles.

“When there was a storm, you knew what you were doing. Everybody got together and cleaned up the town,” Longhenry said.

Wahpeton and Breckenridge had separate clubs until around four years ago when the clubs merged. The Wahpeton Rotary club helped establish the Breckenridge club in 1938.

In its early days, the Wahpeton Rotary club was able to donate an iron lung during the polio epidemic. In recent times the Rotary Club has provided aid to Guatemala and Honduras.

After two hurricanes swept through Honduras last fall, the club donated volunteers and $2,000 to construct a school and water distribution network.

“It’s huge for those kids to get a schoolhouse that they had multiple rooms in and that they could get special education for the grade that they were in instead of just the same education from K through 6,” she said.

The long-term approach also applies to local community-oriented events the club holds, which are numerous, and include book and food drives, blood testing, essay competitions and student of the month programs.

Blood testing is one of the club’s most popular events. The club helps provide blood tests that are traditionally $200 for only $50.

“This year two or three individuals went through that got flagged because they had a serious issue that they didn’t know about that they found out because they took this test,” Goerger said.

For members of the club, recognition isn’t the primary reason they get involved, they just want to help.

“We don’t do it so we get recognized, but we appreciate when we are recognized,” Goerger said.

Currently, the Rotary Club has around 26 members. Recruitment of new members has slowed and membership has fallen due to COVID-19, Goerger said.

Norma Nosek was the third woman to join the Rotary Club in 1989 when the club first allowed women to join. She went on to become the club’s first woman president.

“It’s awfully hard to recruit members. I’ve done a lot of recruiting my days here, but I haven’t done any now, because what do you tell them? We don’t have meetings. We have to go through a Zoom — it’s better than not meeting at all, but it isn’t the comradery that we have when we have a monthly or weekly meeting,” Nosek said.

Even though recruitment and new membership may have slowed, volunteers haven’t stopped showing up to help out.

To keep the Rotary Club going for another 100 years, Nosek said it’s important to continue to recruit young people, which she plans to continue doing after the pandemic.

For the now, the Rotary Club is uncertain how it will celebrate its 100 year anniversary amid the pandemic.

“We want to do something. If we have that opportunity we were thinking about doing something for the community.Hopefully, things start opening up — we really are just waiting. Hopefully, cross our fingers, this blows over,” Vice-President Tony Lopez said.