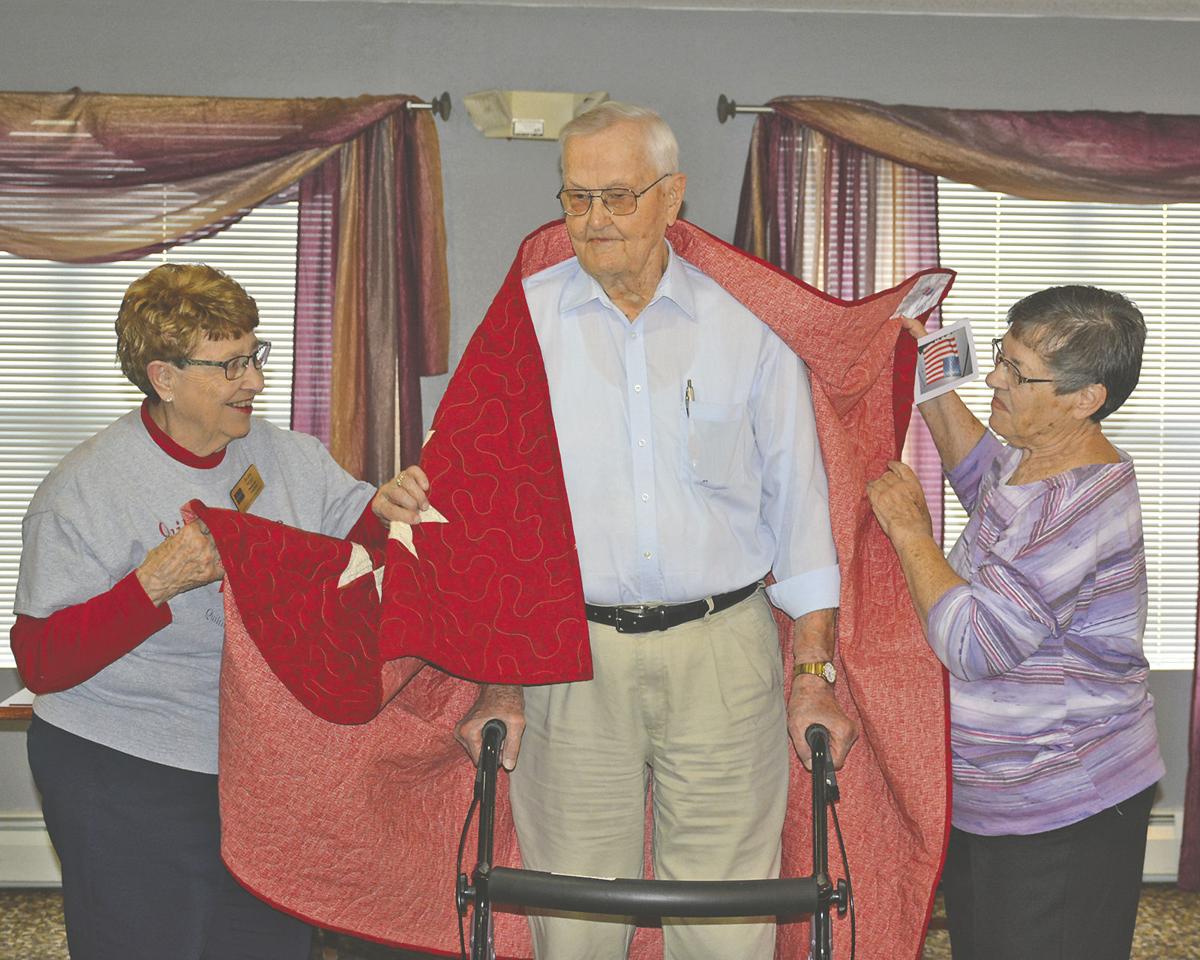 Charles Sweetmilk served for the U.S. Navy in WWII. 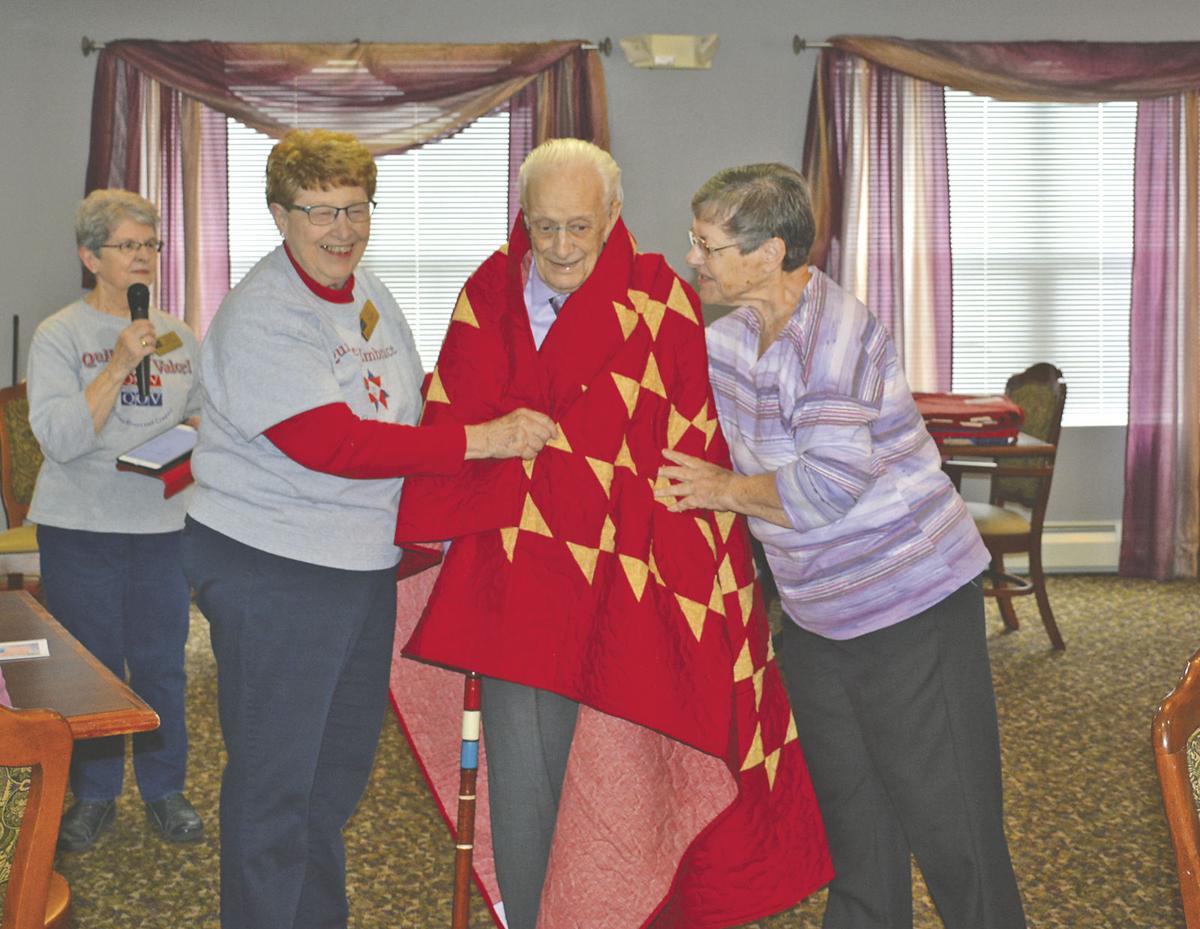 William Grosz served in the Army National Guard in the Korean War. 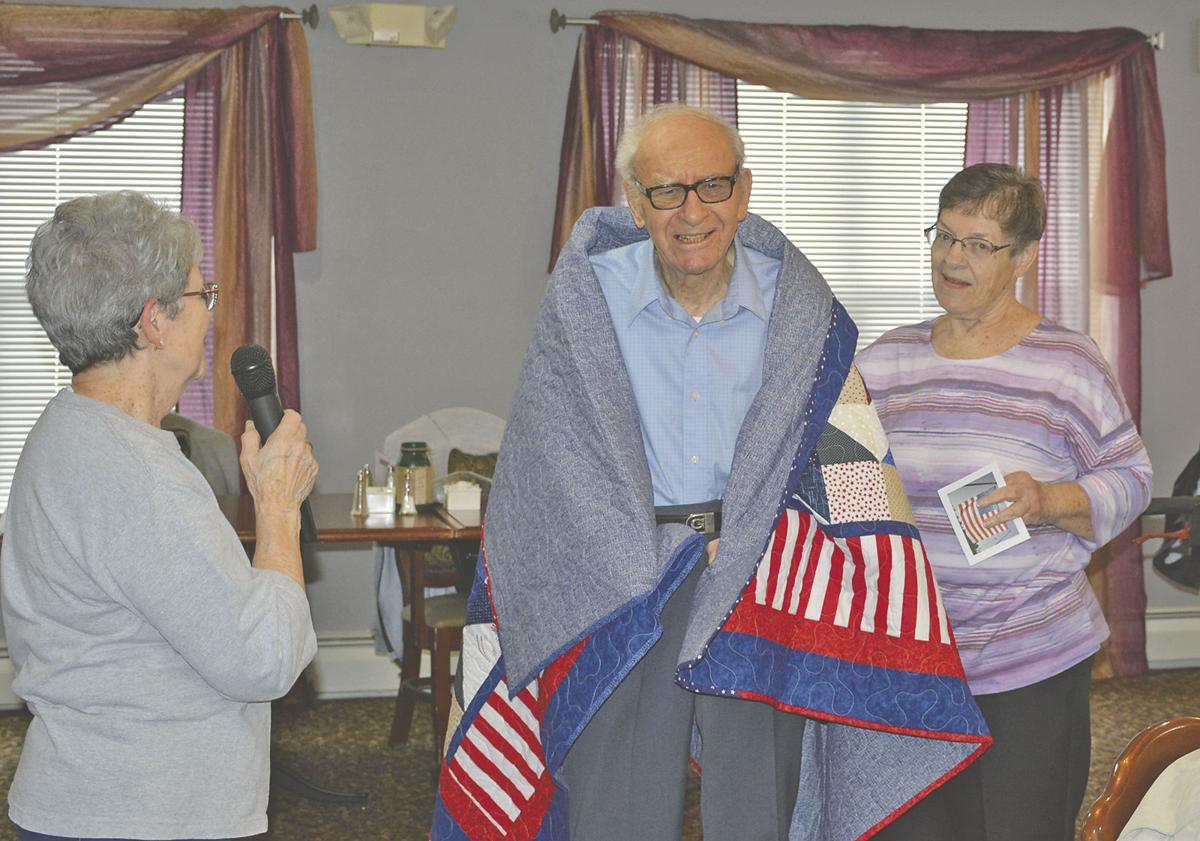 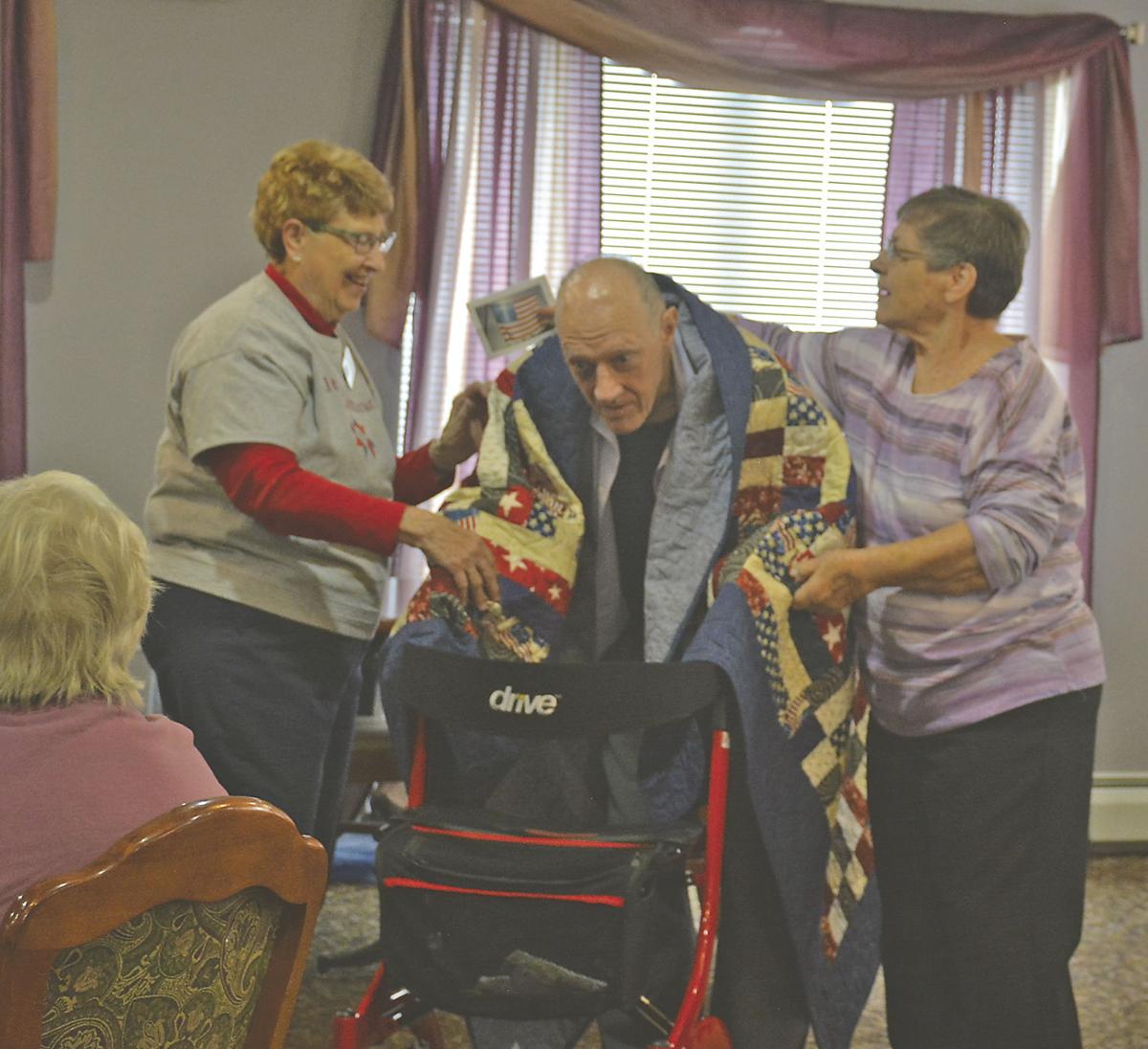 Timothy Vetter served in the U.S. Army in Vietnam.

Charles Sweetmilk served for the U.S. Navy in WWII.

William Grosz served in the Army National Guard in the Korean War.

Timothy Vetter served in the U.S. Army in Vietnam.

“Today we have four men here who will be receiving a quilt and I’m not sure they know who they are or not,” Quilts of Valor member Marietta Bullis said. “You probably have a lot of metals that are hard, but this is your soft metal to give you comfort and peace and warmth.”

The men who received the quilts were William Grosz, Charles Sweetmilk, Grant Unkenholz and Timothy Vetter.

“The ones that receive the quilts, must be touched by war. So if you’ve been in the service and stayed in the states and were not in a warzone, you don’t qualify. That’s the national guideline and we have to go by that,” Bullis said.

Karen Kreller, Beats Meyer, and Bullis are members of the Fergus Falls chapter. They came to Twin Town Villa to honor the men and wrap them in their quilt. They have traveled to many towns and forts in Minnesota where they honor the veterans.

There are approximately 40 women in their chapter who have been making quilts for veterans for 12 years. Some come to Fergus Falls to sew together as a group, while others will pick up their sewing kit and sew at home. They make an average of 350-400 quilts per year.

Quilts of Valor Foundation is meant to honor the service members and veterans touched by war with comforting and healing Quilts of Valor. This organization was founded in 2003 by Catherine Roberts, whose son was deployed to Iraq.