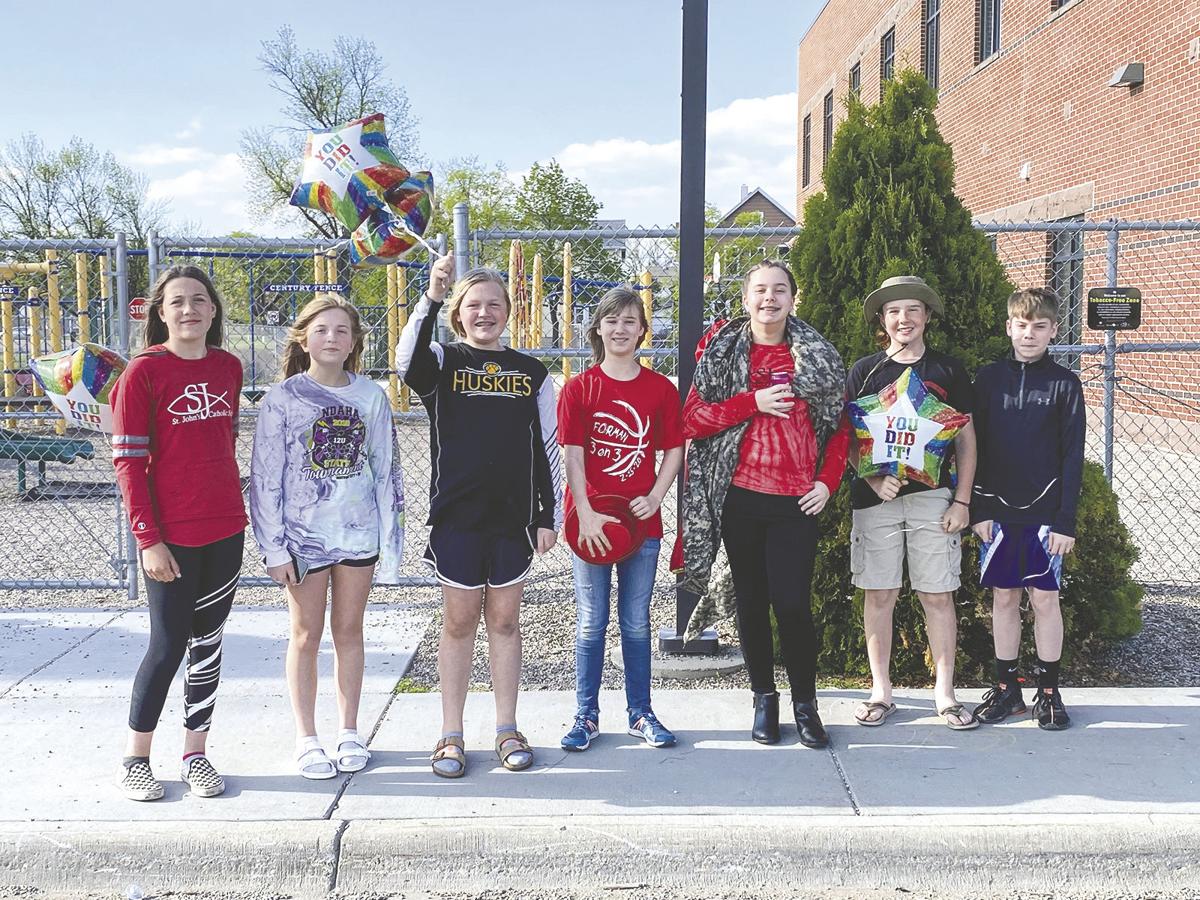 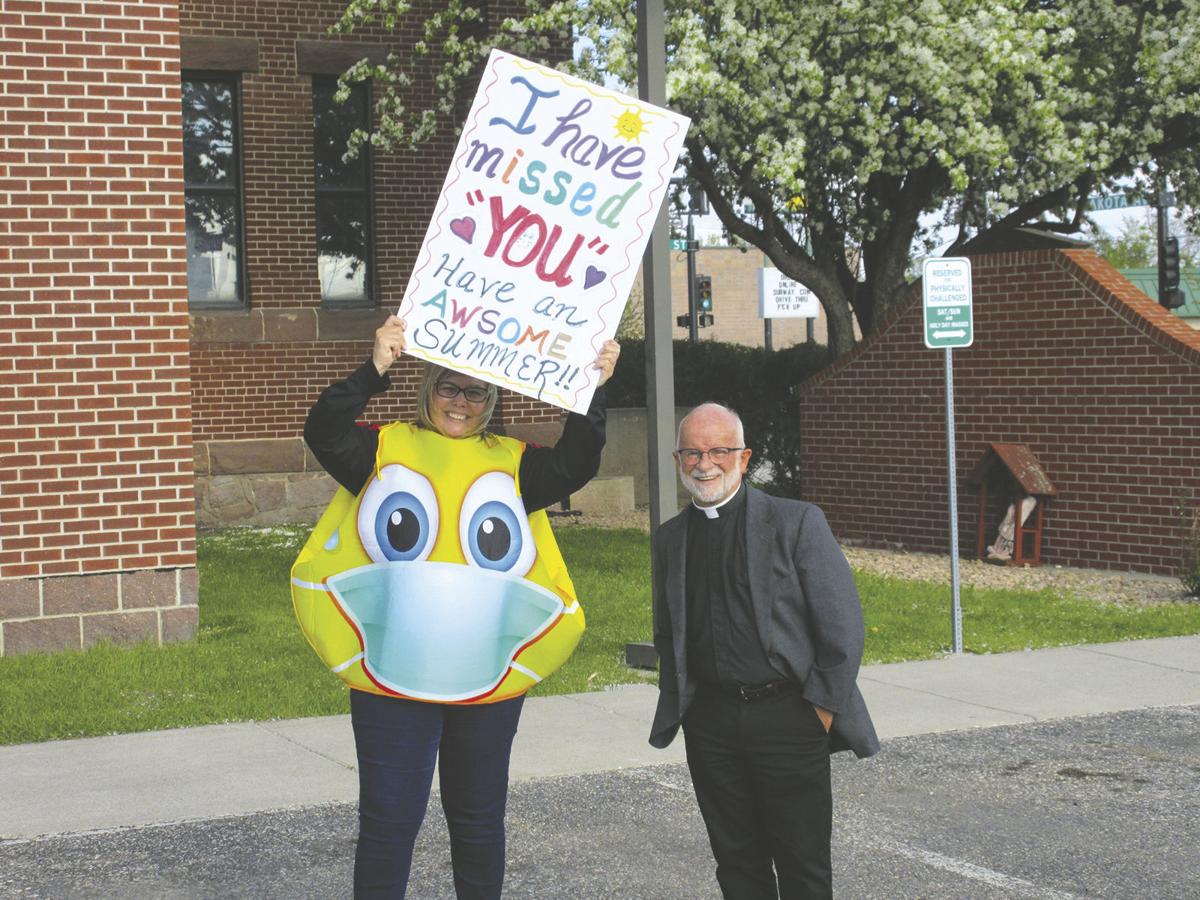 St. John’s School, Wahpeton, got in the graduation spirit Wednesday, May 20.

From 6:30-7:30 p.m., the school’s parking lot was the site of a reverse school parade honoring St. John’s sixth grade graduates and the school’s staff.

“We have 17 graduating sixth graders this year and all were there,” Principal Renee Langenwalter said.

Most of St. John’s staff attended the parade, Langenwalter said. Reverse parades and drive through graduations have been popular local and nationwide events in the wake of the COVID-19 pandemic and subsequent school closure.

“It was a lot of fun,” Langenwalter said. “People were saying we should do it again.”

Families and parade guests were directed to remain in their vehicles. Hugs and high fives were not allowed. At the same time, decorated vehicles, costumes and wearing St. John’s gear were encouraged.

“We can’t wait to celebrate the end of the school year,” the school stated in a pre-event poster.

St. John’s sixth graders lined up in front of the school, greeting their visitors. A helicopter flew by three times as part of the event, Langenwalter said. Some participants wore costumes including an emoji, a dinosaur and some unicorns.

“It was a nice way to honor these children and their accomplishments,” Langenwalter said.