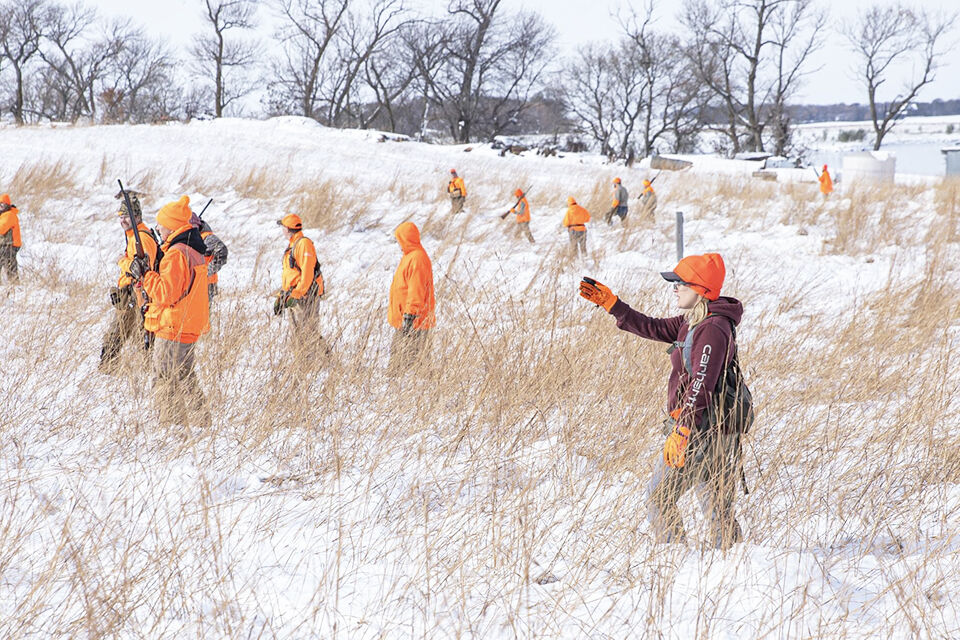 Abby Carlson, front right, led participants in the Ladies Roundup. An event where 15 women from the Southern Red River Valley took part in hunting, the Roundup also allowed for education and confidence-building. 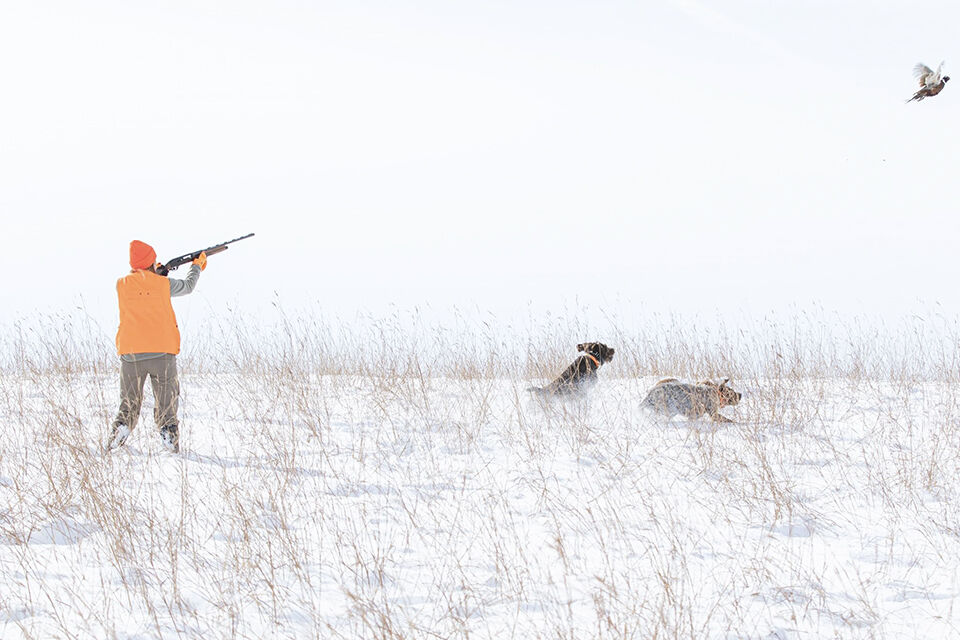 Abby Carlson, front right, led participants in the Ladies Roundup. An event where 15 women from the Southern Red River Valley took part in hunting, the Roundup also allowed for education and confidence-building.

Editor’s Note: March is Women’s History Month and in honor of the occasion, Daily News is turning the spotlight on efforts, advances and notable community members.

Fifteen women from the Southern Red River Valley region took to the ranges back in October 2020.

They were participants in the Ladies Roundup, a Red River Area Sportsmen’s Club event led by Abby Carlson. In addition to supervising her fellow hunters, Carlson stressed the importance of safety when using guns and hunting dogs, as well as being a responsible sportswoman.

“Everyone of them was pretty much new to pheasant hunting, but some had experience trap shooting,” said Carlson, a Wahpeton city councilwoman. “I like to go over (safety), making sure everyone in the field knows how to act.”

“We divided the women into two groups and took them into the field. Our dog power was provided by the North American Versatile Hunting Dog Association,” Carlson said.

“One gal had a 100 percent success rate,” Carlson said. “She didn’t miss a single shot. Another only missed one. That’s why we had the shootout, in fact. We had some donations from Scheels, which we were able to give away for grand prizes.”

In addition to providing fun and confidence-building, events like the Ladies Roundup are important in honing for honing a woman’s skills and expertise.

“I want to give them enough information that they can take from this event, go on and go forward and have confidence in hunting on their own. We want to give women the chance,” Carlson said.

The Ladies Roundup is a free event and Carlson plans to hold it annually. Participants are required to have their hunter’s safety in good standing and a hunter’s license for the state of North Dakota.

“A lot of the women are people I’ve developed friendships with along the way,” Carlson said. “We’ve got stories to share and we want to develop the relationships with them.”

The first annual Warriors on the Wing hunt is scheduled for the weekend of Sept. 11, 2021. Held in support of veterans, Warriors on the Wing will be a collaboration among the Red River Area Sportsmen’s Club, Cass County Wildlife Club and Hometown Hero Outdoors. It’s scheduled to be held at Stiklestad Lodge, Fort Ransom, North Dakota.

“We’re able to hunt on their land any time of year, minus during breeding and chick seasons. This will be a two-day event starting on the anniversary of 9/11. We want to have an honorable event, something respectful and healing,” Carlson said.

Warriors on the Wing is expected to be available to at least 12 hunters. Carlson anticipates it being an event where veterans can get together, feel comfortable with one another and create bonds.

“We want to help form strong connections. This will also be a free event, completely free,” she said.

The late SFC. Michelle Grecco, who lost her life to suicide in July 2020, was one of Carlson’s best friends. At the time of her death, Grecco had just retired from the United States Army.

“Our goal was to get her involved in the outdoors, in hunting,” Carlson said. “Her passing brought me into this.”