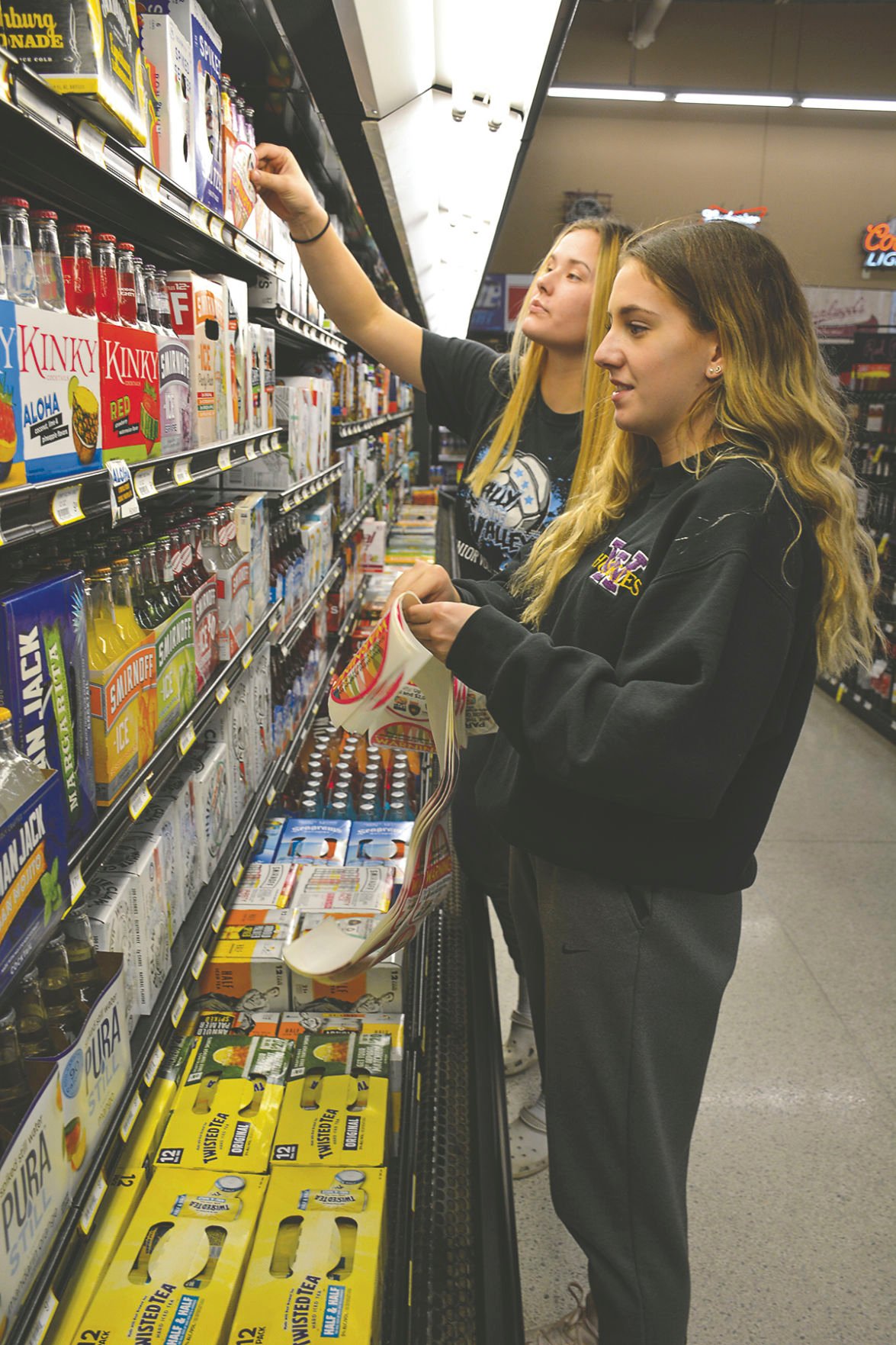 Morgan Mostoller, front, and Kylie Storo were among the Wahpeton youth participating in the 2019 kickoff of ‘Operation Sticker Shock.’ They received adult supervision while placing warning stickers on popular alcoholic items. 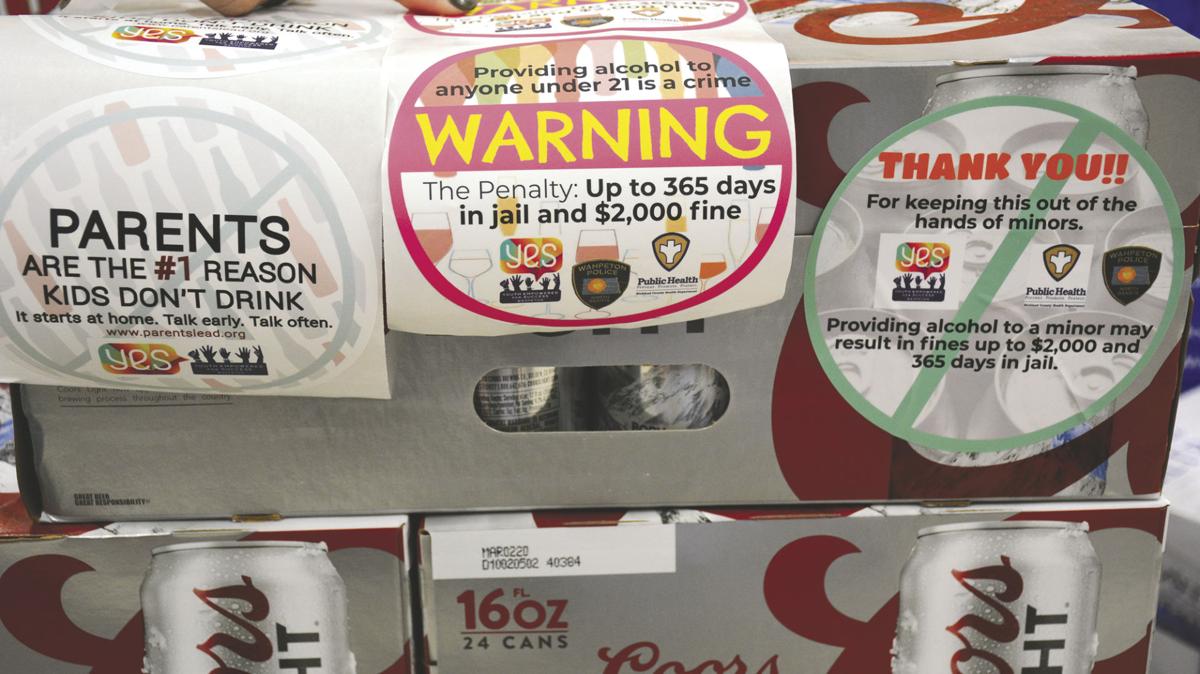 North Dakota adults are reminded that anyone can be prosecuted for providing alcohol to minors or hosting an alcoholic party for individuals under age 21.

Morgan Mostoller, front, and Kylie Storo were among the Wahpeton youth participating in the 2019 kickoff of ‘Operation Sticker Shock.’ They received adult supervision while placing warning stickers on popular alcoholic items.

North Dakota adults are reminded that anyone can be prosecuted for providing alcohol to minors or hosting an alcoholic party for individuals under age 21.

The campaign is made possible through a partnership of the Project YES Coalition, Wahpeton Sources of Strength and Wahpeton Police Department.

“Communities here and throughout North Dakota want to attach the social availability of alcohol by placing warning stickers,” said Ariel Johnson, community prevention coordinator with the Richland County Health Department. “The stickers warn that it is illegal to purchase or provide alcohol or a place to drink it for anyone under age 21.”

Nearly 40 percent of Twin Towns Area youth who reported drinking alcohol said someone bought or gave it to them, according to information from the health department. In North Dakota, it’s an average of just over 30 percent.

“Some adults do not perceive youth consumption of alcohol as a danger,” Johnson said. “Some even feel a sense of relief that ‘it’s only alcohol’ and not a ‘real’ drug.”

At the same time, alcohol remains an often-abused drug by youth and adults.

“Many youth begin drinking at early ages, putting themselves at great risk for alcohol problems later in life,” the health department stated. “For each year’s delay in initiation of drinking, the likelihood of later alcohol abuse problems decreases markedly.”

North Dakota adults are reminded than anyone can be prosecuted for providing alcohol to minors or hosting an alcoholic party for individuals under age 21. That includes their own children.

“(They) may be penalized with a class A misdemeanor, a $2,000 fine and up to 365 days in jail,” Johnson said. “An adult who supplies minors with alcohol may also be liable for any resulting injuries and/or property damage caused by the minor.”

Project Sticker Shock was designed to be community-based and youth-driven.

“It permits youth to have a voice in addressing the problem of availability of alcohol to minors and to be active in providing a service that is one piece of the solution puzzle,” Johnson said.

Underage drinking is not an individual issue, Sticker Shock partners say. It is not a family issue and it is not a school issue.

“This is a community concern and the most effective way to address it is through community involvement and participation,” Johnson said.