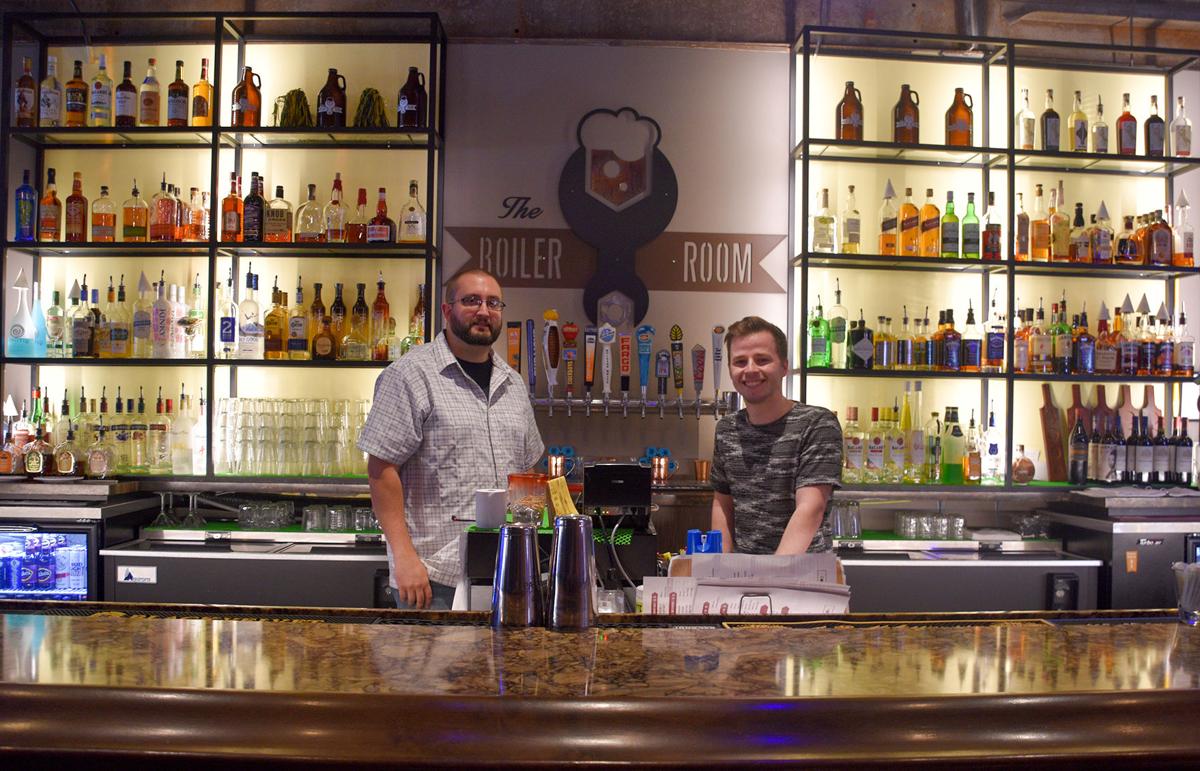 General Manager Joe Verdi and Assistant Manager Mitchell Weholt are adjusting to the new normal at The Boiler Room, Wahpeton. 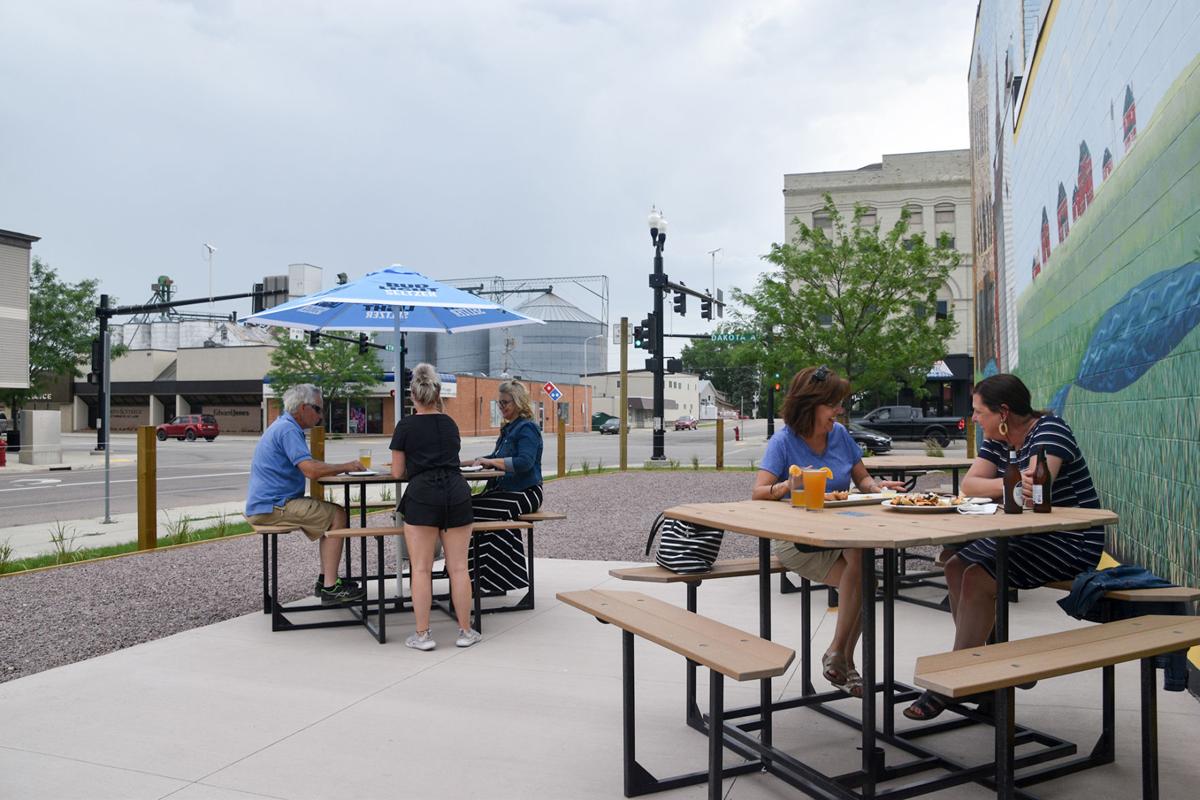 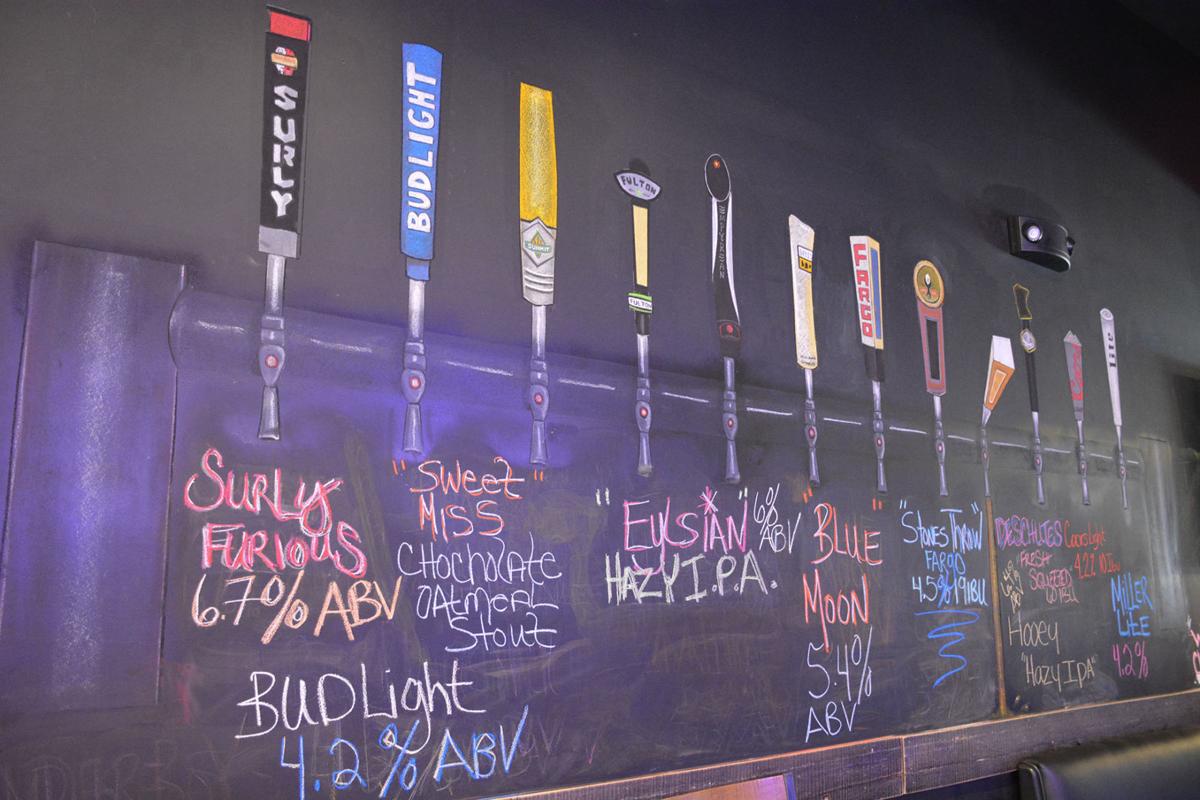 The kitchen's hours have changed to close early at 8 p.m., but the bar remains open until 2 a.m. as long as there are customers there.

General Manager Joe Verdi and Assistant Manager Mitchell Weholt are adjusting to the new normal at The Boiler Room, Wahpeton.

The kitchen's hours have changed to close early at 8 p.m., but the bar remains open until 2 a.m. as long as there are customers there.

Community support has been helping restaurants and bars during a time when the North Dakota businesses were unable to operate at normal capacity.

The Boiler Room, located at 404 Dakota Ave. in Wahpeton, was only fully closed for nearly a week before moving to takeout services. They are now operating at 75 percent capacity, practicing social distancing and sanitizing often to continue serving the community.

“Our regulars and our customers were very supportive when we were very limited on just takeout. We saw a lot of the same people come in and get carryout family meals once or twice a week so they could still support us,” Assistant Manager Mitchell Weholt said. “The support we got while we were closed for about a month was huge and that really helped us.”

“The first couple weeks it was our full menu (for) takeout. We closed for about a week, then opened back up and did family-style takeout only. It made it easier for lower volume to still get food out and serve the community, but food that we could manage to cook on a small team,” Weholt said.

Weeks later, on Friday, May 1, North Dakota began its “Smart Restart” program. Restaurants were previously permitted to seat 50 percent of their normal capacity but that number has increased to 75 percent. Spacing by 6 feet is still necessary for tables, but now in the low-risk level, tables may seat more than 10 at a time.

That spacing isn’t required for booths due to their backs, but management at The Boiler Room decided to close off every other booth.

“Our booths are a little shorter than some are so just personally we decided to do it like that,” General Manager Joe Verdi said.

The Boiler Room’s outdoor patio opened during the pandemic, which helped the restaurant with having a limited capacity, Weholt said. The patio has been in the works for as long as Verdi can remember, but the coronavirus expedited its opening.

Up until Wednesday, June 10, Minnesota restaurants and bars were permitted to only takeout, delivery and limited outdoor seating. These restrictions in the state brought additional business to The Boiler Room.

“Once Minnesota opened back up again, that tapered off a little bit,” Verdi said.

In its early reopening days, the business was getting visitors from Fargo and Fergus Falls who were seeking any restaurant to dine-in at.

The Boiler Room is the sole caterer for the Wahpeton Event Center. All of the events that were scheduled for April-May all had to be postponed, causing a temporary significant loss to the restaurant.

“Everyone has been pretty nice about holding their deposit and moving (their event) back,” Verdi said. “We’ve got three scheduled for July. I think August and September are looking pretty decent. Most of those are fill-ins for what was going to happen in April and May, and just got pushed back a few months.”

Verdi and Weholt are happy to be getting back to being closer to normal and are hoping to shift their hours back to normal soon. The kitchen used to be open from 10 a.m.-11 p.m., now the kitchen closes at 8 p.m., so they are able to serve enough customers while also not being able to be at their full capacity.

The bar will remain open until 2 a.m. so long as there is a demand to stay open.

The Boiler Room first opened in August 2017. They are planning on additions to the outdoor patio such as games, a gazebo and a portable bar.