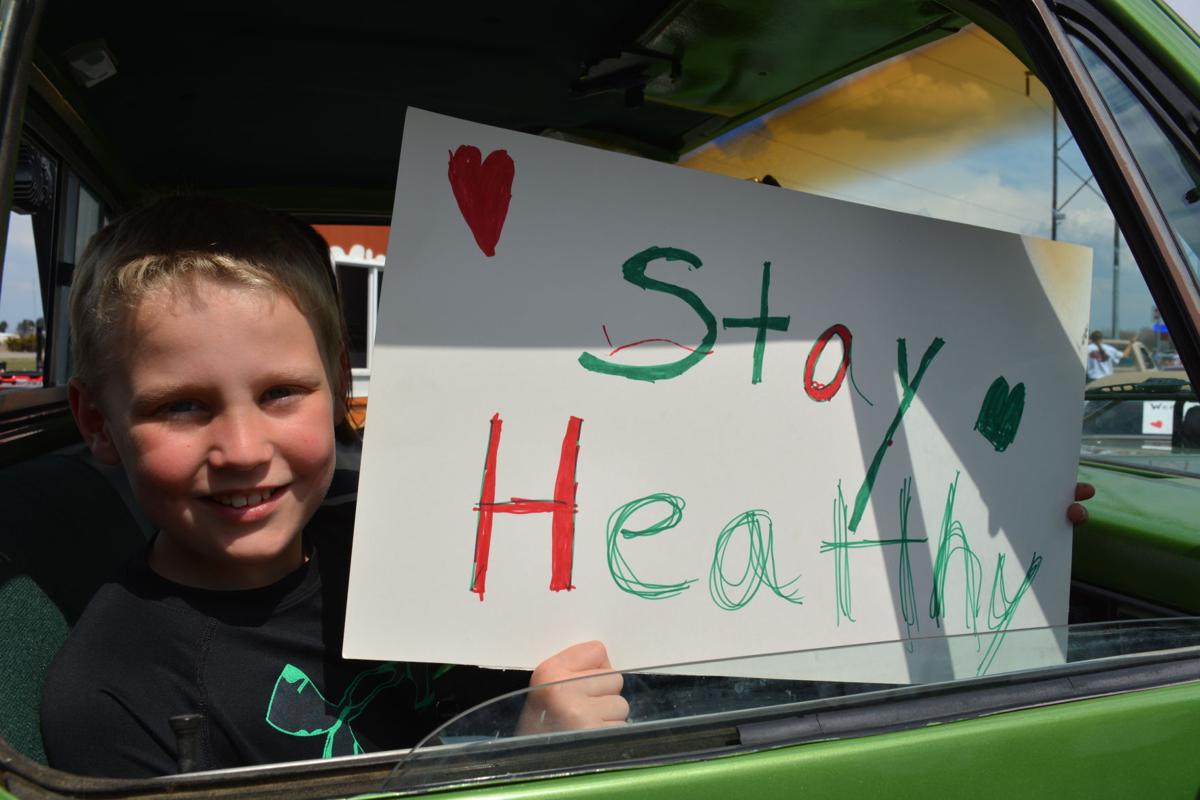 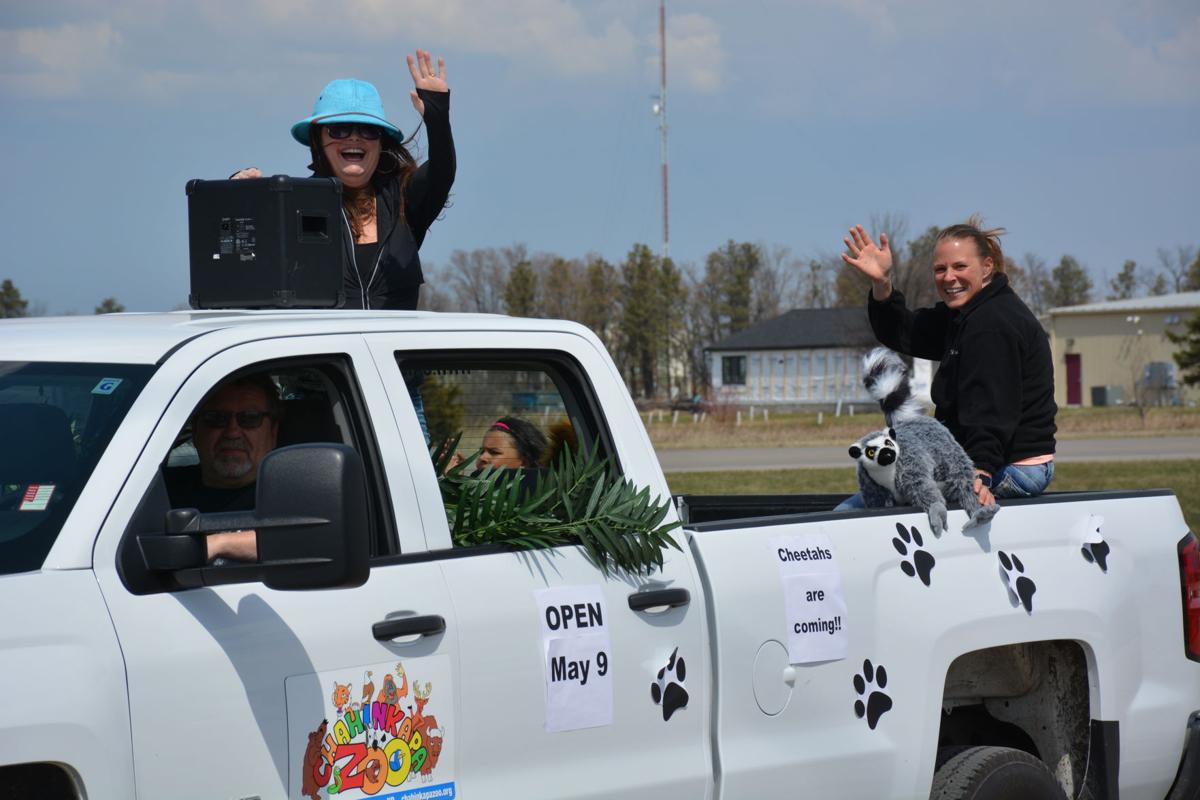 They’re in it together, just 6 feet apart.

Drivers and passengers of approximately 75 cars and motorcycles participated in the Twin Town Social Distance Cruise. Shortly after 2 p.m. Saturday, April 25, they took off from the Wahpeton Event Center.

All vehicles were welcome to participate in the cruise, which traveled through Wahpeton and Breckenridge, Minnesota. Vehicles ranged from personal and family heirlooms to modern rides.

“I’m looking forward to just getting out in the nice weather and having everyone uplift the community,” said Nick Bruneau, who led the cruise with a 2012 Camaro he’s had for three years.

The Dimmer family, who rode in multiple vehicles, agreed. Prior to the cruise, Paul Dimmer showed off the two-tone off frame restored truck driven by his grandson, Logan. The younger Dimmer, a junior at Wahpeton High School, spent two years restoring the 1989 vehicle.

While Kathy Dimmer drove a 1972 Cutlass, her husband drove a 1975 truck which has been removing snow for 45 consecutive winters. It’s been well-used, but it’s also been well taken care of, Paul Dimmer said.

Hoefs rode with his mom, Stephanie, daughter of Paul and Kathy Dimmer. Their vehicle was a 1976 truck with 1978 cab parts except for the front fenders.

Adam Hoefs was looking forward to seeing people. Since the COVID-19 pandemic began, he’s been receiving home schooling from his grandmother.

“I’m looking forward to getting out and enjoying the nice weather today,” Stephanie Hoefs said.

Jim Marohl, who drove a Ford with a Chevrolet motor and chassis, had no problem saying why he was participating.

“I just want to get out of the house,” Marohl said. “I like the idea of waking up the country to get this thing rolling again.”

“I just want to have a nice ride and be with some people again, whether it’s 6 feet apart or whatever it takes,” she said.

From the Newsroom | Tuesday, April 28