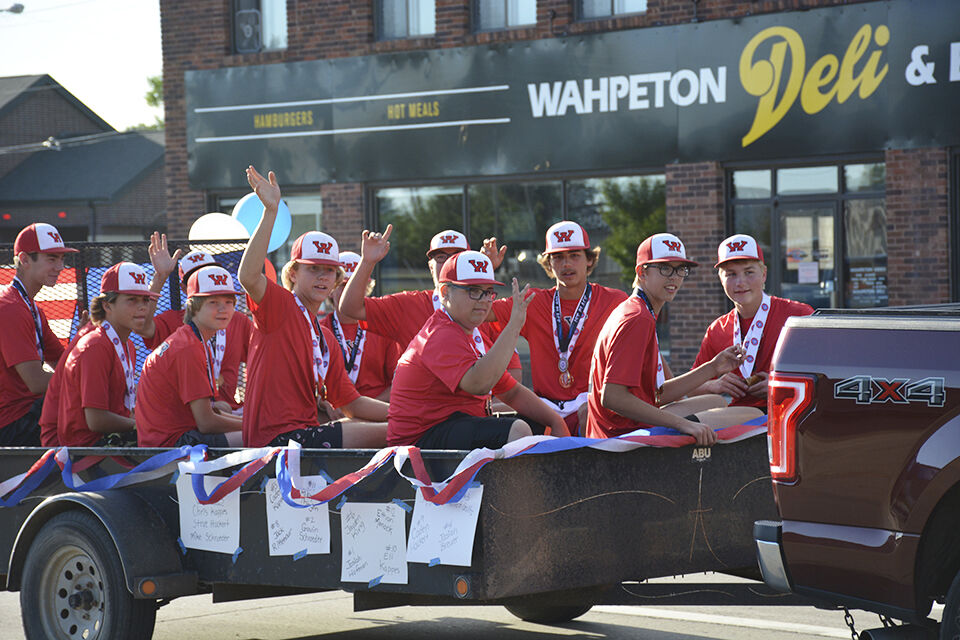 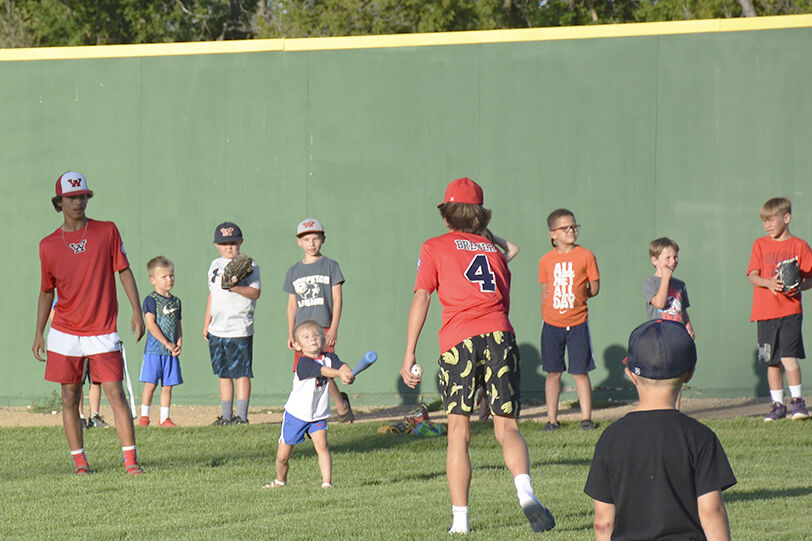 John Randall Field was the site for fun and games including a dunk tank, wiffle ball and chances to greet the young champs.

John Randall Field was the site for fun and games including a dunk tank, wiffle ball and chances to greet the young champs.

Winners of two consecutive state championships, in 2019 and 2020, the ace baseball players received a 7 p.m. parade down Dakota Avenue to John Randall Field, Wahpeton. The field was the site for fun and games including a dunk tank, wiffle ball and chances to greet the champs.

“We had a really good run last year with the 14U team, winning the state, regional and world series,” Coach Chris Kappes said. “We didn’t get the change to repeat that this year.”

Two months ago, Kappes and his athletes were unsure if they’d even get to play ball. They were fortunate to play a few games and fortunate to repeat a state championship win.

“For the second year, the 15U team is state champs on a disqualification,” Daily News previously reported. “The Grand Forks pitcher threw more than allowed with the pitch count rule.”

The state victory was earned Friday, July 24 in Williston, North Dakota. It was continued Wednesday in Wahpeton.

“Our players have been supported pretty well by this community when they were going to the regionals and the world series,” Kappes said. “(The parade and events) are to celebrate the boys and what they’ve accomplished.”