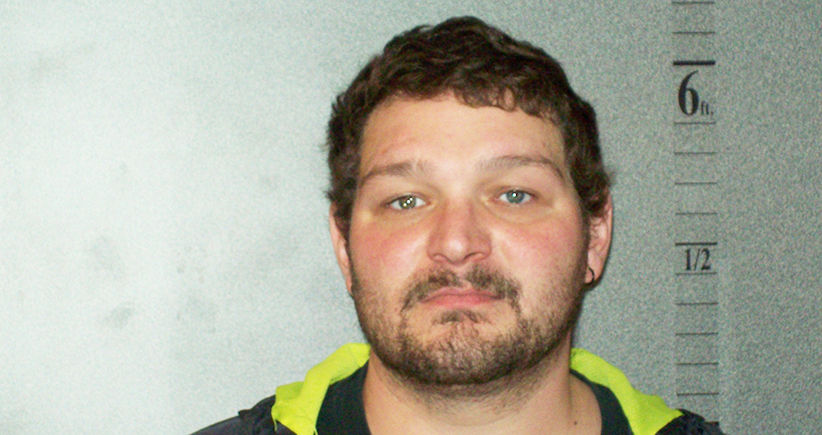 A Wahpeton man and woman each facing the same four felony, misdemeanor and infraction charges are expected to be sentenced Thursday, July 9.

Jonathan Raye Rash, 39, and Victoria Lynn Rash, 31, made their initial appearances in Richland County District Court Monday, July 6. Both face charges related to a May 5, 2020 incident in Wahpeton.

Though an investigation by the Southeast Multi-County Agency (SEMCA) drug task force, both Jonathan Rash and Victoria Rash are accused of allegedly possessing marijuana with the intent to deliver, endangering a child and possessing both amphetamines and marijuana paraphernalia.

On May 5, SEMCA agents executed a search warrant at the Rashs’ residence in the 1600 block of 10th Street North, Wahpeton. The Rashs and two minors, one of which was under age 5, were present during the search of the residence, court documents state.

“(The defendants) told agents that they would find marijuana in the house,” documents continue.

The search turned up:

• in a safe in the master bedroom — seven baggies that contained a green leafy, substance, along with numerous empty baggies; the contents of one of the baggies tested positive for marijuana

• on the kitchen table — a cellophane wrapper containing three and a half pills with the marking “MP443,” identified by a SEMCA agent as dextroamphetamine and amphetamine, plus a glass marijuana pipe, two baggies and a blue plastic container, all with green, leafy substances believed to be marijuana and $342 in a wallet allegedly belonging to Jonathan Rash

• on top of the refrigerator — two glass marijuana pipes

• in a cabinet above the stove — four marijuana pipes

• in a safe in the dining room — a digital scale and two baggies containing a green, leafy substance

Many of the marijuana-related items were in areas where the youth could have accessed them, according to law enforcement.

When questioned about the marijuana on the kitchen table, Jonathan Rash allegedly said he sells marijuana out of the house, at least one quarter-ounce each day, had been selling marijuana for approximately a year and that his most recent marijuana sale was earlier that day.

Victoria Rash, questioned about marijuana sales, allegedly said she only uses marijuana. She allegedly contented to a search of her cell phone by SEMCA agents.

“A conversation was found on the defendant’s phone that appeared to be related to the delivery of marijuana,” documents continue.

Child endangerment is a class C-level felony. Unlawful possession of marijuana paraphernalia is an infraction-level charge.

During their initial appearance, both defendants entered not guilty pleas to all misdemeanor and infraction-level charges. In May, Judge Cruff ordered drug testing for both defendants.

Following the Rashs’ initial appearance, Moen said, their attorney contacted the court to set up a change of plea.

Both Jonathan and Victoria Rash are expected to each enter guilty pleas to the class B felony charge of possessing marijuana with the intent to deliver.

Each class C felony charge is expected to receive a diversion agreement. What this means is that if terms are followed, the child endangerment case would be dismissed after a year.

Each class A misdemeanor and infraction charge is expected to be dismissed.

The maximum penalty for a class C felony is five years imprisonment, a $10,000 fine, or both.

The maximum penalty for a class A misdemeanor is 360 days imprisonment, a $3,000 fine, or both.

The maximum penalty for an infraction is a $1,000 fine.

The Rashs are not currently confined in the Richland County Jail.