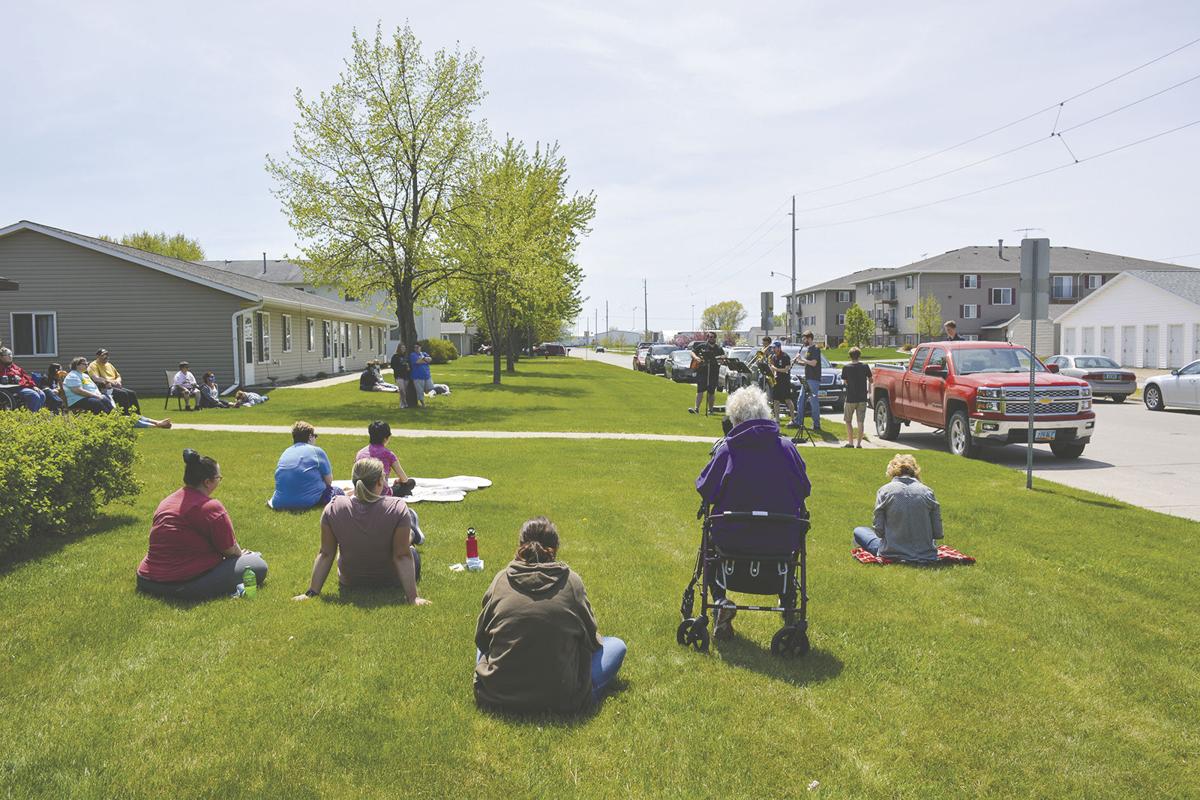 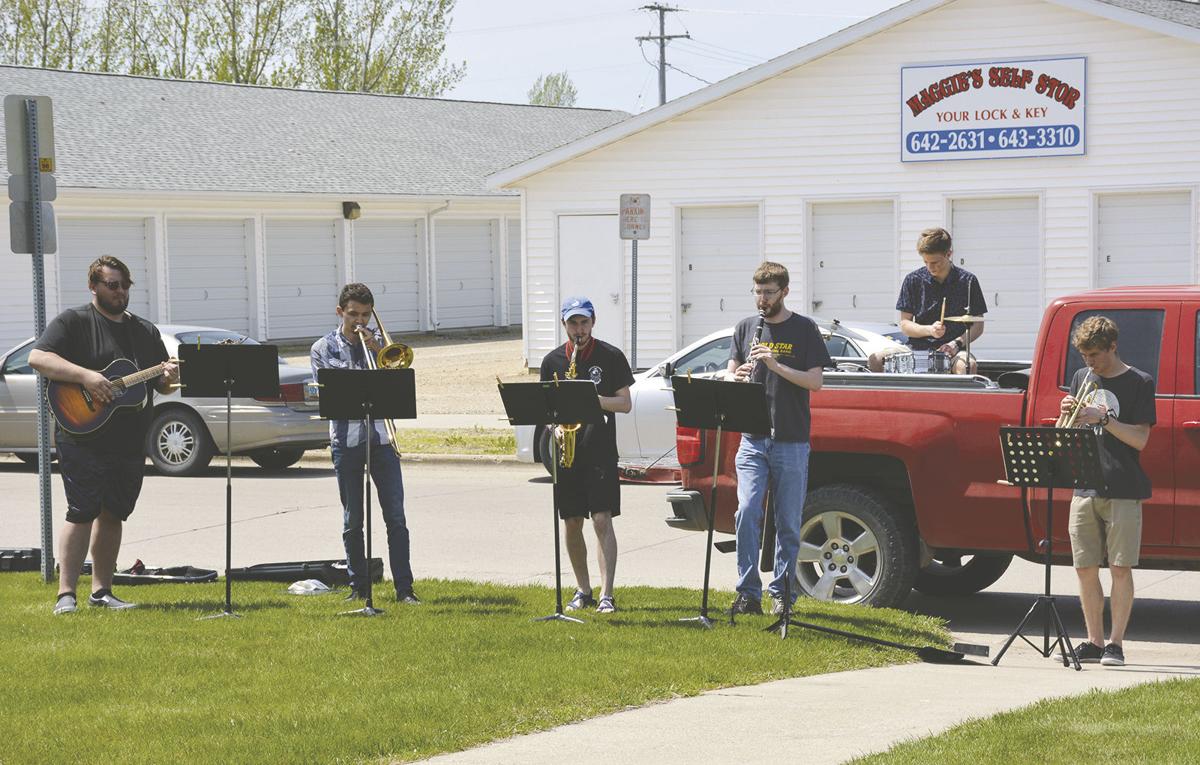 Langenwalter and his fellow musicians will begin their summer jobs next week, so the concerts were an attempt to spread some cheer while they could.

“I told them they need to go out and share their talent while they’ve still got time,” Kathy Langenwalter said.

Kim Hunstable, residential coordinator for Red River Human Services, is the Langenwalters’ neighbor. Joseph Langenwalter got in touch with Kim, then Isaac Samuels.

“I got the people together, while Isaac got the music together,” Langenwalter said.

Following their initial concert for the residents of 808 and 812 Sixth St. S, Wahpeton, the sextet kept on playing.

“This is our starting point,” said Wendy Kahler, Red River’s marketing director. “They’re going to all of our homes so everybody can enjoy them.”