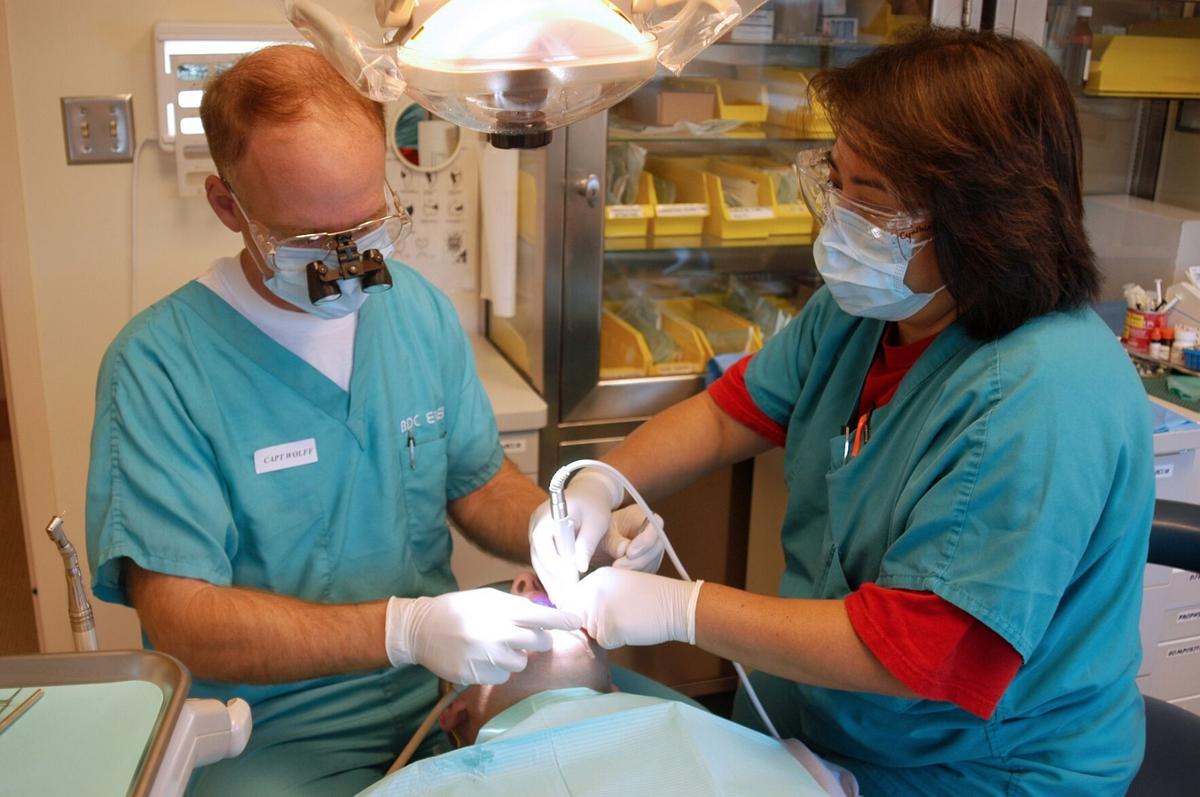 “One of the largest challenges we face is that people just aren’t aware of how serious the need is for dental care,” P4H Dental Services Coordinator Jane Neubauer said. “The [local legislators] are just like the rest of us, they have no idea what’s going on with the dental situation.” 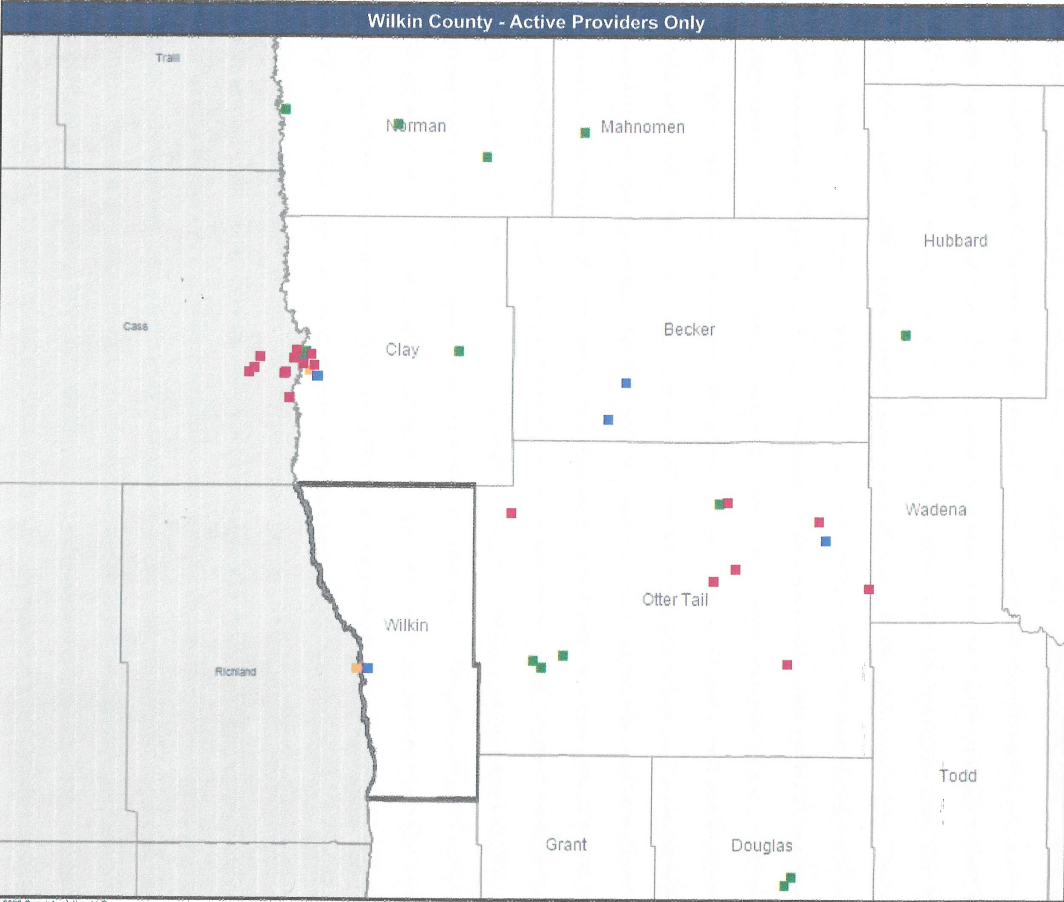 Wilkin County has no adult dental providers since the onset of COVID-19 earlier this year. 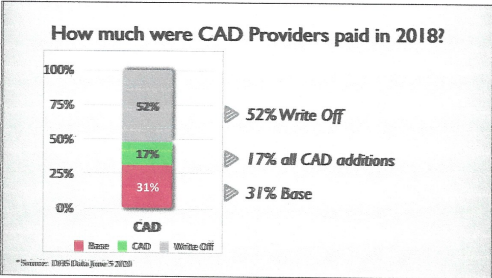 Critical Access Dental providers make more off of a visit than other providers.

“One of the largest challenges we face is that people just aren’t aware of how serious the need is for dental care,” P4H Dental Services Coordinator Jane Neubauer said. “The [local legislators] are just like the rest of us, they have no idea what’s going on with the dental situation.”

Wilkin County has no adult dental providers since the onset of COVID-19 earlier this year.

Critical Access Dental providers make more off of a visit than other providers.

Dental wellness is vital to overall well being. Brushing aside oral health has been linked to high blood pressure, diabetes, obesity, dementia, declined respiratory health, pregnancy complications and in severe cases, death. Yet Wilkin County, Minnesota, has a distinct lack of dental services with only one private practice provider prior to the pandemic. No dental services are available for adults on Medicaid in Wilkin county.

Only one dental provider in Breckenridge accepts patients with Medicaid, but the clinic only services youths ages 21 and under or pregnant women ages 26 and younger. The closest adult dental provider that accepts Medicaid is 35 minutes away in Fergus Falls, Minnesota.

Across the border, Richland County has no active dental providers that accept Medicaid, despite a wide array of providers in Wahpeton. Worsening the situation further is the number of providers that have shut their doors in the two counties since the onset of the COVID-19 crisis earlier this year.

Partnership4 Health (P4H) is an organization that promotes healthy habits and aims to provide accessible healthcare for rural Minnesotans residing in Becker, Clay, Otter Tail and Wilkin Counties. Jane Neubauer, dental services coordinator for P4H, said health in other parts of the body is prioritized, such as heart health, but oral health is treated as less than a necessity.

“I’ve been so intrigued by the fact that somewhere, somehow, somebody said that your mouth wasn’t really part of your body and shouldn’t be part of your health,” Neubauer said.

Many nearby providers have stopped accepting Medicaid patients because dental claims can involve a lengthy administrative process compared to other coverage types, she said.

The lack of available services has forced Medicaid patients to travel long distances and sometimes wait months for a dental visit. Emergency rooms are being bloated by patients with oral health problems that require immediate attention, like an abscessed tooth, Neubauer said.

Wilkin County Director of Public Health Debra Jacobs said the greatest need in the county is for adult dental providers. While children's dental providers are also necessary, there is still one mobile clinic available for them and another mobile clinic due to begin soon. The people who are affected the most are the elderly and disabled, Jacobs said.

In 2020, about 1.5 million people are insured by Medicaid in Minnesota, triple the amount of people on Medicaid than in 2001. In the U.S., Medicaid covers about 24 percent of the population, according to the Minnesota Department of Health.

Medicaid primarily covers low-income individuals, people with disabilities and seniors. Low-income individuals make up 9.4 percent of the population in Wilkin County, according to the U.S. Census Bureau. People with disabilities under the age of 65 account for 10.9 percent of the county’s population, and people over the age of 65 make up 19.7 percent.

Jacobs said Neubauer’s ideas can help bridge the gap of services for adults in the county, but right now, COVID-19 is in the way. One of Neubauer’s plans was to bring a mobile clinic into local nursing homes. Not only would this directly serve adults on Medicaid, it would solve transportation issues, but there is too high of a risk to move forward with the plan until the pandemic has slowed down.

Neubauer said P4H has three objectives they hope to achieve by the last day of this year. The first, developing a process for identifying and maintaining a current list of dental care services available for MHCP recipients. The second, expanding dental access by bringing services to the region. The third, increasing education on the importance, availability and accessibility of dental care in the region.

The first objective has been achieved, and shows a distinct lack of services in Wilkin County, Neubauer said. The second objective is in progress, she said, with one the current priority being reinstating services shut down during the pandemic. Neubauer said a second mobile dental clinic service, Apple Tree Dental, was willing to restart services for Breckenridge Elementary School.

The third objective, Neubauer said, is one of the most important duties of P4H since many citizens and legislatures alike are unaware of the lack of services, especially if it doesn't affect them directly.

“One of the largest challenges we face is that people just aren’t aware of how serious the need is for dental care,” Neubauer said. “The [local legislators] are just like the rest of us, they have no idea what’s going on with the dental situation.”

Yet broadening services to include Medicaid could be in a provider’s best interest, Neubauer said. A rural clinic is considered to be a Critical Access Dental (CAD) provider if at least 25 percent of their dental appointments are available to Medicaid patients. And CAD providers make more money off of each visit, according to the Minnesota Department of Human Services.

For instance, if a visit is $100, regular providers and CAD providers both keep 31 percent of the amount charged, in this case $31. But CAD providers also keep an additional 17 percent from the visit, bringing their total revenue off a $100 visit to $48.

In addition to a lack of services, dental benefits are in danger on the state level. In an update from Help Minnesota Smile Coalition, Minnesota Dental Association Government Affairs Manager Carissa Kemp said the adult dental benefits set is vulnerable to government cuts since it is not is not required by federal law under the Affordable Care Act.

Kemp said oral health was disproportionately affected by the budget deficit in 2009, and now, the Minnesota Dental Association has shifted to a defensive position when talking with legislators since the legislature is again facing an expensive deficit. The coalition had hoped to broaden dental coverage to include treatment for periodontal disease, now Kemp said they are just hoping to preserve the existing dental benefits set.

“Minnesota already has a limited adult dental benefit set and low reimbursement rates which has negatively impacted access to care and making cuts to adult dental will only shift that patient population to the emergency rooms and not actually create cost savings,” Kemp wrote in the update.