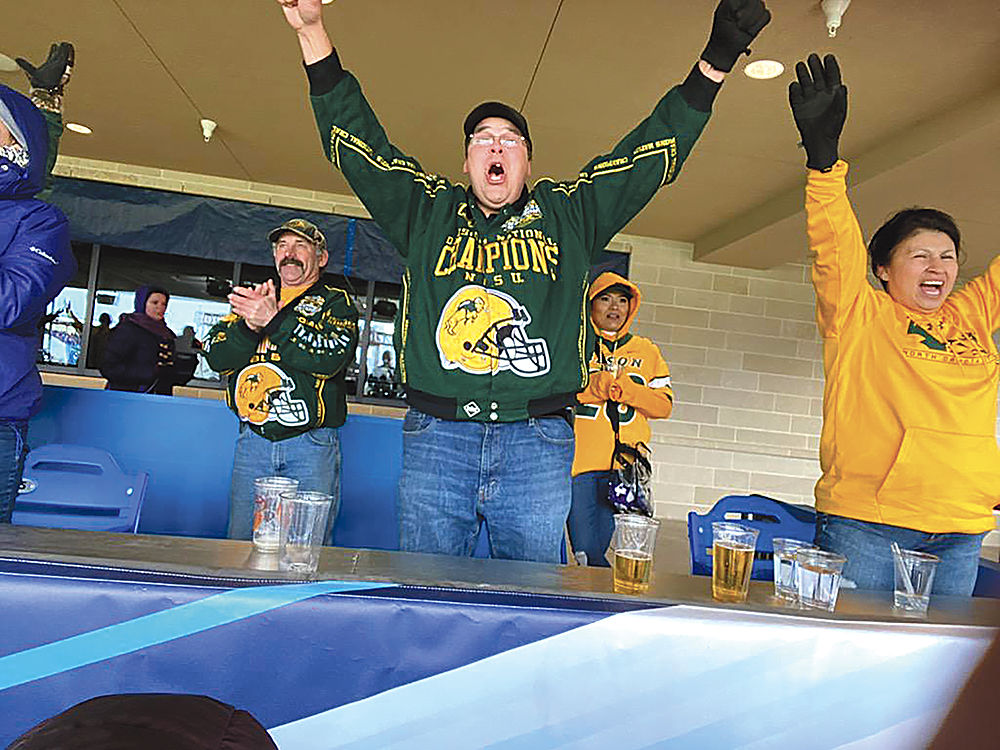 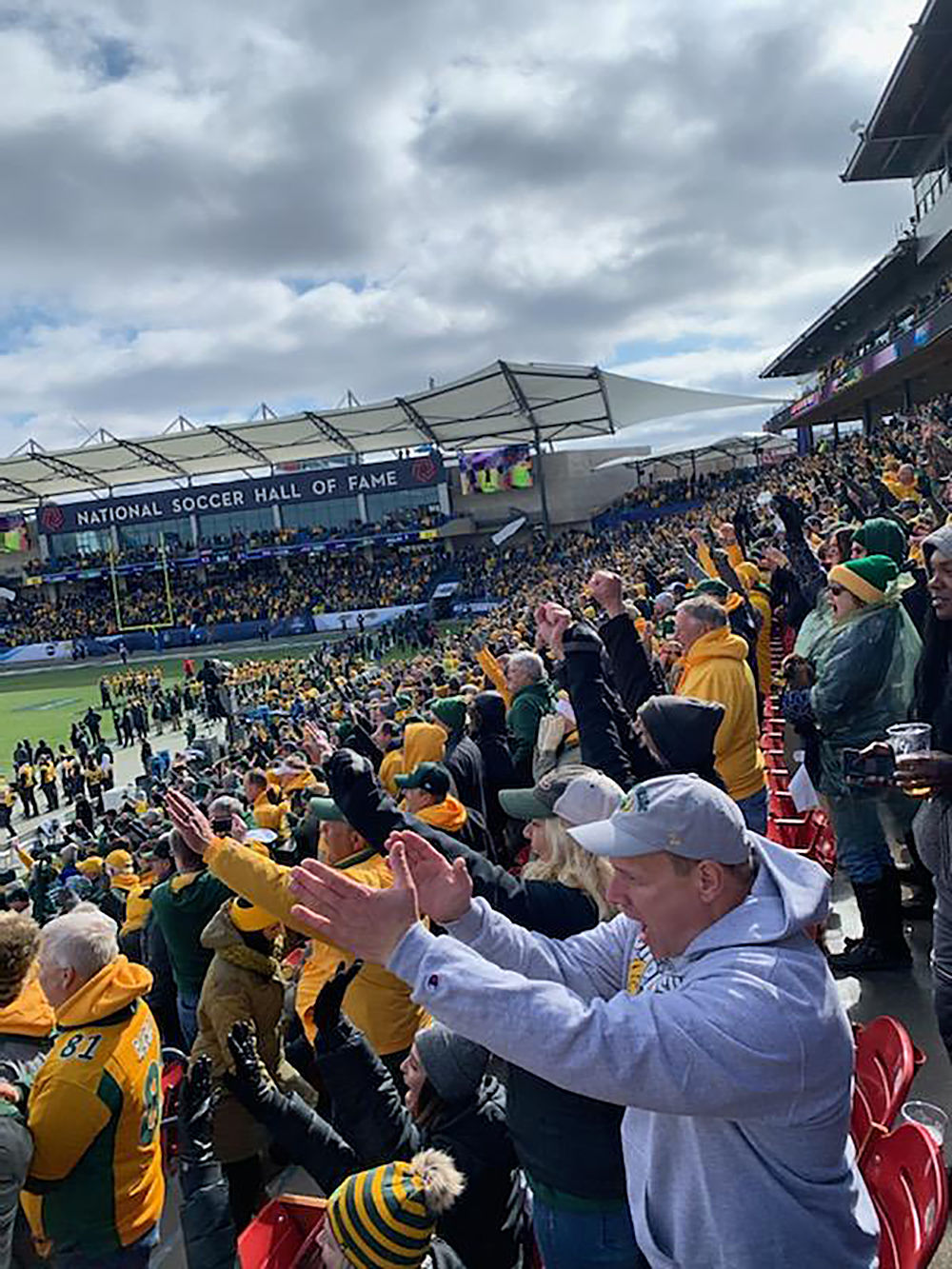 It may have been cold in Frisco, Texas, was the FCS title game on Saturday, but North Dakota State University fans still packed the stadium with their signature green and gold. 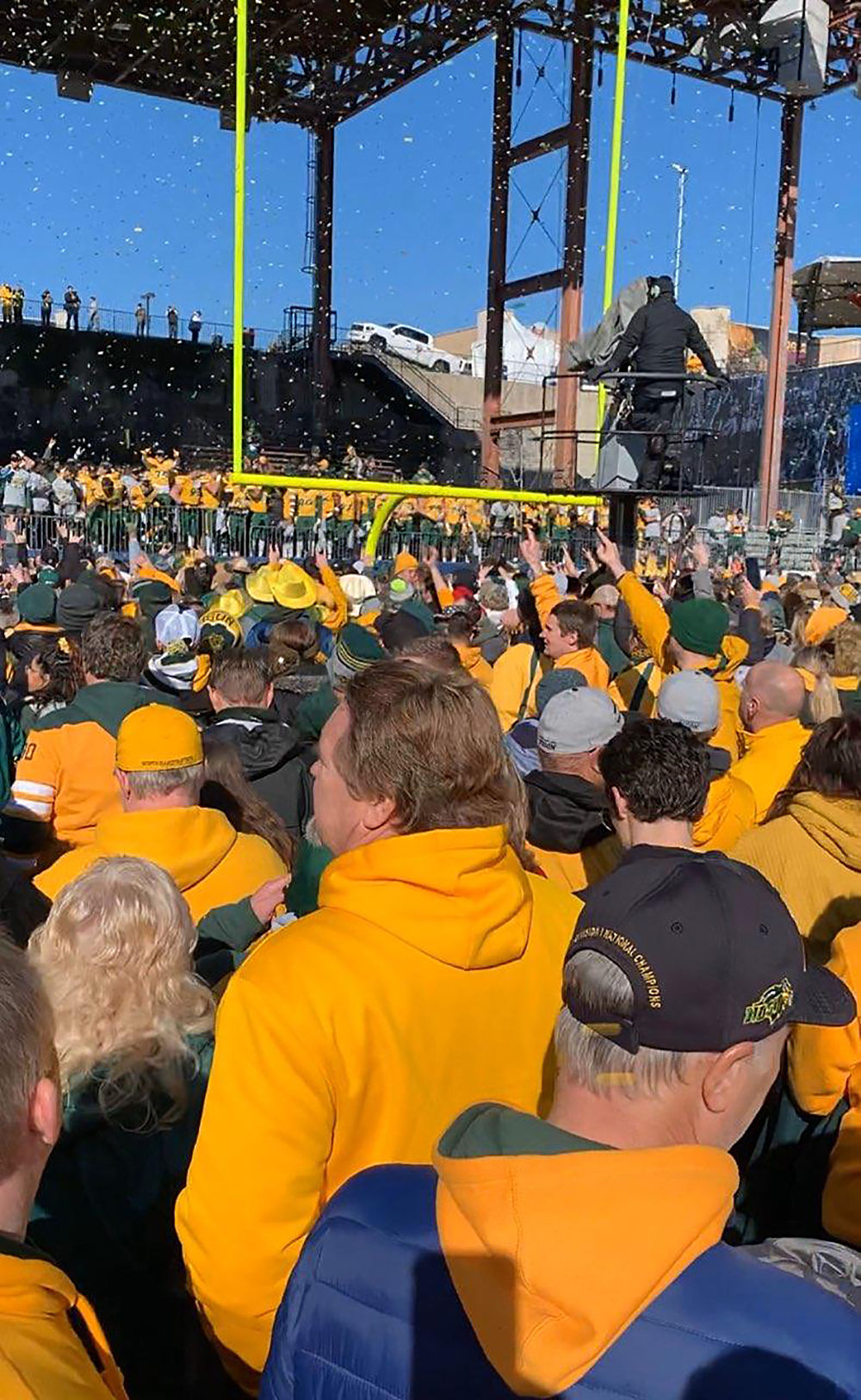 Green and gold confetti rains down as the NDSU Bison claim their eighth national title in nine years.

It may have been cold in Frisco, Texas, was the FCS title game on Saturday, but North Dakota State University fans still packed the stadium with their signature green and gold.

Green and gold confetti rains down as the NDSU Bison claim their eighth national title in nine years.

When North Dakota State University’s James Hendricks picked off the pass, Joe and Stacey Mauch of Hankinson were sitting off the end zone at Frisco, Texas, wearing their green and gold.

The pass in question happened with only seconds on the clock Saturday afternoon when James Madison University’s quarterback Ben DiNucci tried to pass over Bison defenders and hit a teammate in the end zone. Hendricks picked off that pass to continue the Bison dynasty and claim NDSU’s eighth national title in nine years by topping JMU 28-20. And it happened right in front of Joe and Stacey Mauch.

“Everyone just exploded. Everyone was screaming, high-fiving everyone around you. We all breathed a big sigh of relief to see there were only two seconds on clock. This is real and it’s over,” Stacey Mauch said, who gathered in Frisco with family and friends to watch the Bison reclaim their football throne. The Mauchs specifically kept their eyes peeled for son, Cody Mauch, who plays on the Bison’s offensive line.

The Mauchs are lifelong fans of NDSU, both having grown up in the Hankinson area, so watching their son play on this team is surreal, Stacey Mauch said.

“That’s kind of neat too, sitting at games and constantly watching for when Cody goes in. Joe give me a little nudge. ‘Tud’s in. Tud’s in.’ Yeah I know. ‘Did you see that block?’ You get a little bit nervous, but they won’t put him in if he doesn’t know what he’s doing,” Stacey Mauch said of her son, nicknamed Tud since he was a young boy.