Log In Create as account
You are the owner of this article.
Edit Article Add New Article
Welcome, Guest 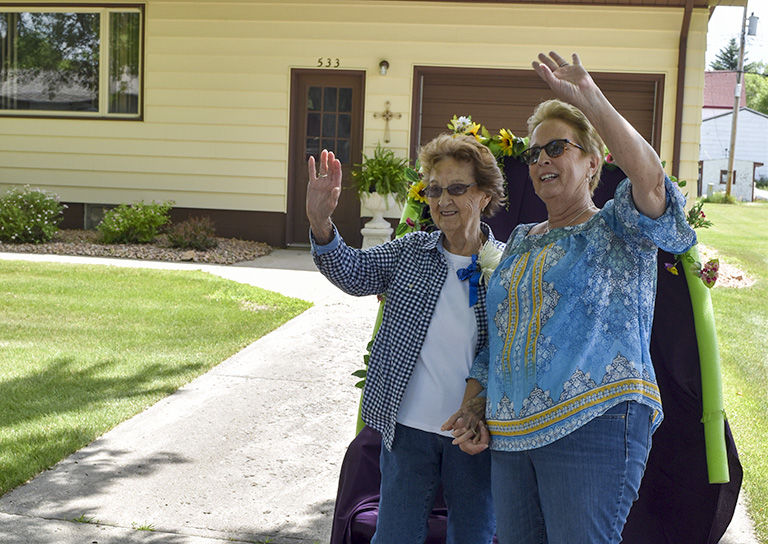 The Wyndmere community came out in full force to take part in Eleanor Bommersbach’s surprise birthday party. The ambulance service, firetrucks and cars lined the streets for blocks to give her the surprise celebration she deserves. She’s pictured here with her daughter, Patsy Stein. 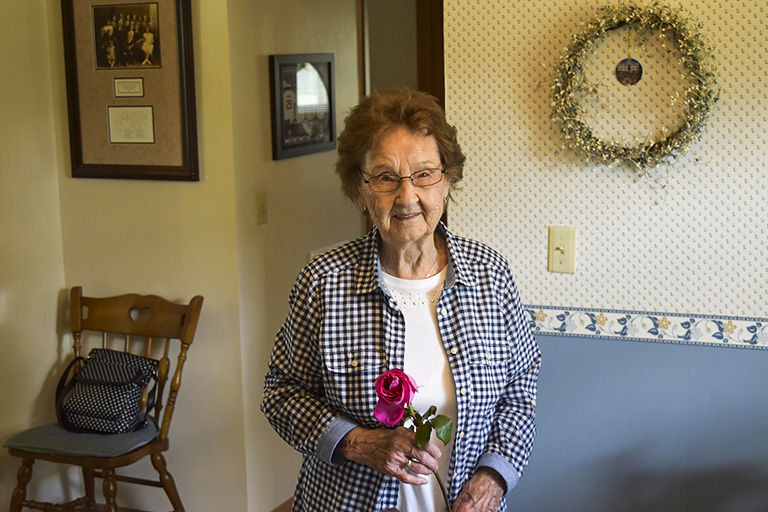 Eleanor Bommersbach at her home just minutes before her surprise celebration commenced. 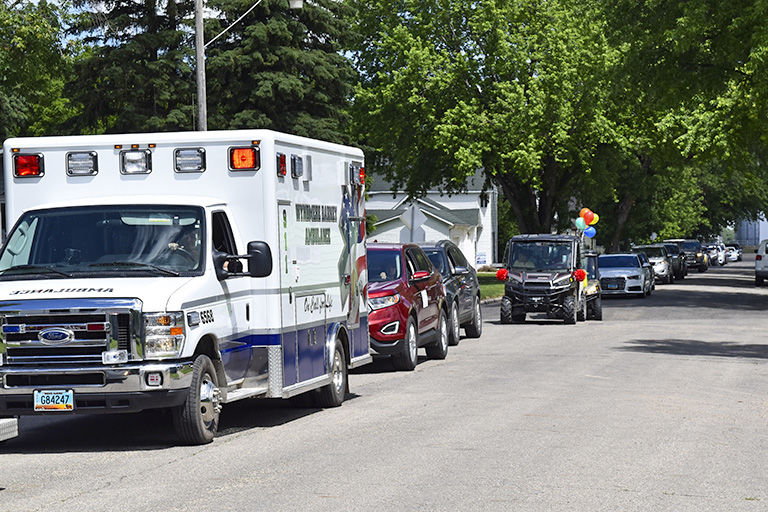 The cars were lined up for blocks to commemorate Bommersbach’s 100th birthday.

The Wyndmere community came out in full force to take part in Eleanor Bommersbach’s surprise birthday party. The ambulance service, firetrucks and cars lined the streets for blocks to give her the surprise celebration she deserves. She’s pictured here with her daughter, Patsy Stein.

Eleanor Bommersbach at her home just minutes before her surprise celebration commenced.

The cars were lined up for blocks to commemorate Bommersbach’s 100th birthday.

On June 24, 2020, Eleanor Bommersbach turned 100 years old, but you would not know it by conversing with her. She’s still as sharp as a tack. She is the last living member of her 16 siblings and grew up in rural Rutland, North Dakota before moving to Wyndmere.

The city of Wyndmere celebrated Bommersbach’s birthday with a parade of local residents, which included the ambulance service, firefighters, and rows of vintage cars holding Happy Birthday signs which stretched for blocks.

A large gathering made their way past her house as she sat in a royal throne surrounded by friends and family.The event was organized by Lafay Fiechter, president of the Wyndmere Senior Center.

She still has her independence, living in her own home without assistance. She gave up her driver’s license at 99, she doesn’t need a wheelchair or cane, she makes her own meals, and does all of her house chores.

“I am very thankful, I can be up and around. I can be in my own home,” Bommersbach said. “My other son lives with me so we do fine.”

Bommersbach doesn’t do any exercising, despite being so physically fit. She does her own housework which keeps her in shape, she said.

When asked what in the past 100 years time, she responded that the COVID-19 virus was something she had never seen.

Bommersbach had six children, three boys and three girls. Before she was married she was a beautician for three years.

“Life has been good to me. You can allow your children to go out and play without worrying,” she said.

Bommersbach was relatively young when the Great Depression occurred, but remembers it well since her father was a farmer and carpenter who built the house she grew up in.

“At that time I didn’t have a worry in the world. It was storming,” she said. “It was so bad, when we were in the house we could hardly see the barn because of the dust. I remember one thing, my mother bringing out cloths and towels so that the dust wouldn’t sift through.”

“She is a very nice little lady, very kind lady. She’s had things come up, but she is a very non complaining. If something would happen she would say ‘I’m fine, I’m fine,’ it will be better tomorrow,” Bommersbach’s youngest daughter, Patsy Stein, said of her mother.

Stein and her siblings brain stormed if their mother had ever raised her voice, but no one could remember a single incident of her losing her temper.

Eleanor Bommersbach doesn’t like attention or publicity, but for a day she received the accolades she reverently deserved.