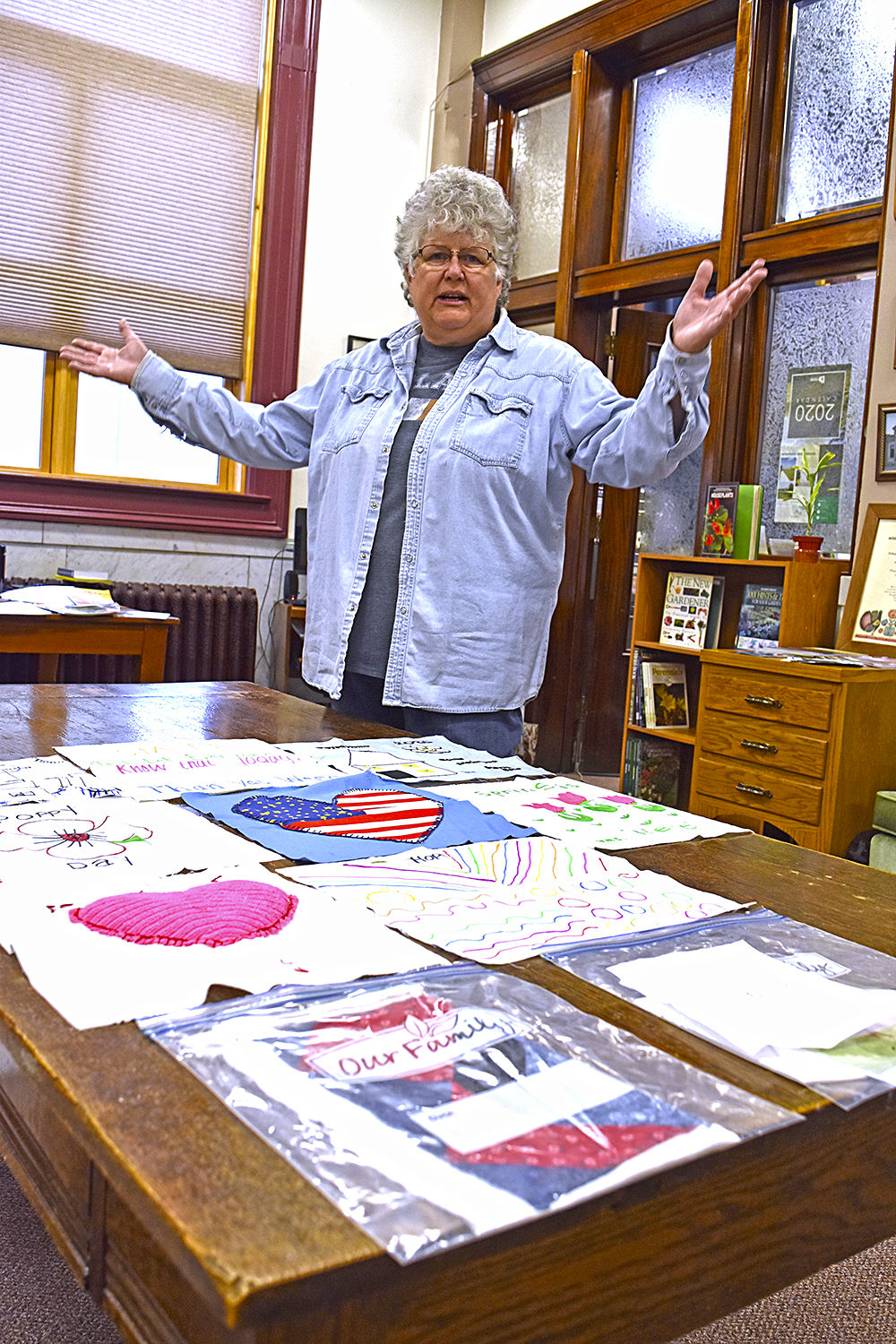 Some squares have been returned for Lidgerwood Library’s quarantine quilt project. Librarian Kathy Mojica says the squares should be returned by the end of May. 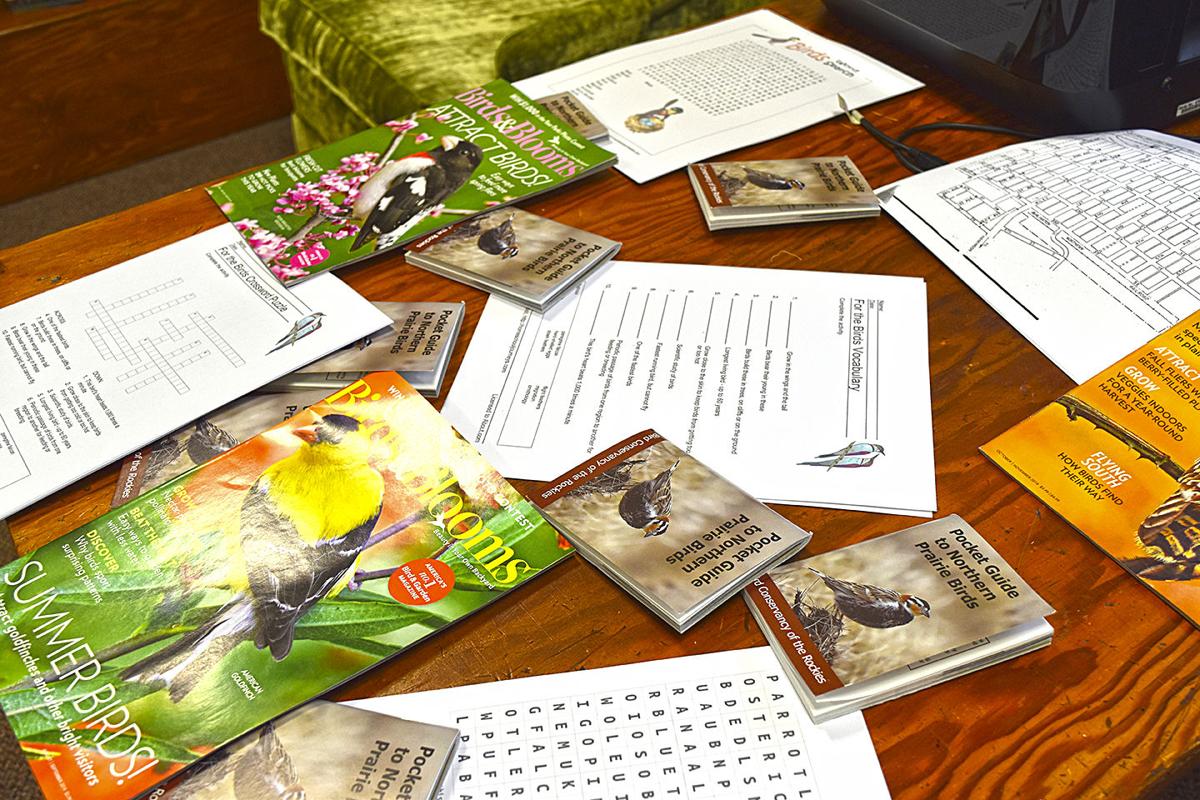 A birding extravaganza will be held at Lidgerwood Library this summer, which includes pocket guides that will be distributed to all youngers, said Librarian Kathy Mojica.

Some squares have been returned for Lidgerwood Library’s quarantine quilt project. Librarian Kathy Mojica says the squares should be returned by the end of May.

A birding extravaganza will be held at Lidgerwood Library this summer, which includes pocket guides that will be distributed to all youngers, said Librarian Kathy Mojica.

Coronavirus has impacted lives across the region, state, nation and world.

Everything from businesses to schools to churches and even national borders were closed as world leaders sought to limit the spread of coronavirus and build up resources to combat this virus that has struck 213 countries and been diagnosed in more than 4.4 million people worldwide. In the U.S., 1.42 million people have contracted coronavirus, resulting in 84,931 deaths by Thursday morning.

Forty-eight plain quilting squares were given away at Lidgerwood’s Diamond One Stop. A small percentage have been returned and sit on a tabletop near the library’s front door, waiting for the remainder to be made into a memory quilt that will hang on a library wall, Mojica said.

Mojica hopes the quilt squares can be returned by May 31.

“A quarantine is how we are living now. Let’s make a historical quilt to let people know how we are feeling during this time,” Mojica said, by putting an inspirational message, photo or something creative on a quilting square.

Each square should be kept to 12-by-12 pieces. Use fabric paint, makers or needlework to complete each square, then drop them off at the library by placing them in the book drop since the library remains closed.

Mojica especially would like to include the name of each Lidgerwood senior since their final high school year has been impacted .

“I thought it would be a cool thing for them to be part of this. I don’t know if they will think it’s cool. Put their names on it anyway. I would like to honor them,” Mojica said, shrugging.

The idea for the quarantine quilt came after Mojica paged through “Reminisce” magazine, which talked of how women used what they had to commemorate something special. She thought, coronavirus might not be “special,” but still needs to be commemorated, she said.

“I thought it would look gorgeous if we could hang it up here so it is always part of our library. Then we could take it out to Santa Days, Heritage Days and remind us we did this, we lived through this,” Mojica said.

Also on the docket

Mojica is making the most of this down time. She cleaned all library surfaces, removed toys and spread items out to allow for more social distancing in preparation for reopening. The exact date the library will reopen is not known. There will be new protocols, such as limiting the number of people in the library.

Typically at this point in the year, Mojica is gearing up for the summer reading program, which has been cancelled this year.

Not ready to fully give up her time with Lidgerwood youngsters, Mojica is preparing an abbreviated program, a birding extravaganza made possible through Barnes and Noble and the North Dakota Game and Fish Department.

Every family will receive a large bird book, while each child will be given a pocket guide to every bird in North Dakota, along with a notebook so they can log what bird species they saw, and where. There will be fun activities throughout the extravaganza, while the Audubon Society will help with pine cone bird feeders, Mojica said.

Also on her docket is automating the library, Mojica said.

The computer and software already have been purchased. She is now cataloguing each book into the computer.

Patrons can request a book, look at what books the library has available and reserve a copy, she said. While e-books will not be part of this program, she said that service likely is coming “down the road.”

The card in each book is not going away, Mojica said, as many patrons use that to determine whether they have read a book. While new books won’t be fitted with a card, they will have a slip inside showing who has checked them out, she said.

While not being specific, Mojica said the automated system cost several thousand dollars.

Mojica is making the most of this down time. She cleaned all library surfaces, removed toys and spread items out to allow for more social distancing in preparation for reopening. The exact date the library will reopen is not known. There will be new protocols, such as limiting the number of people in the library.