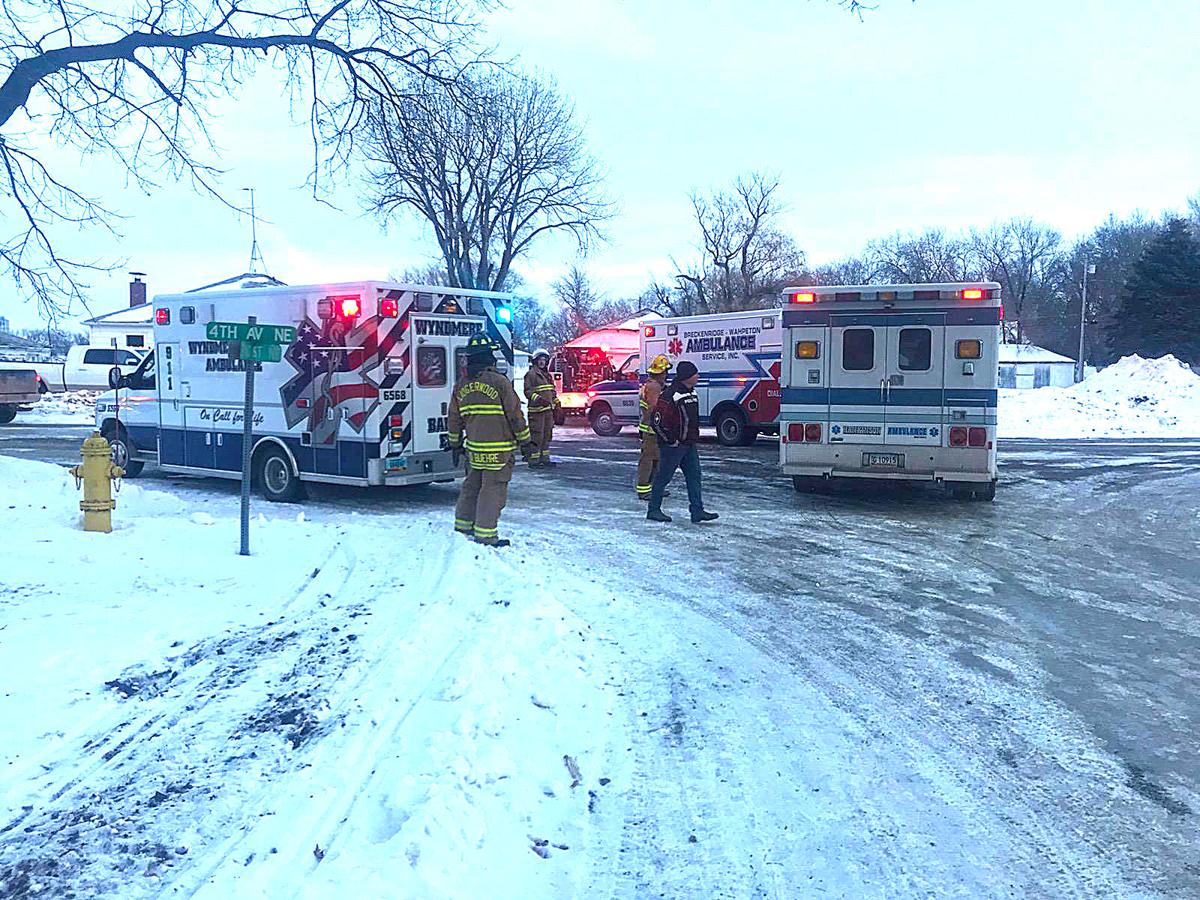 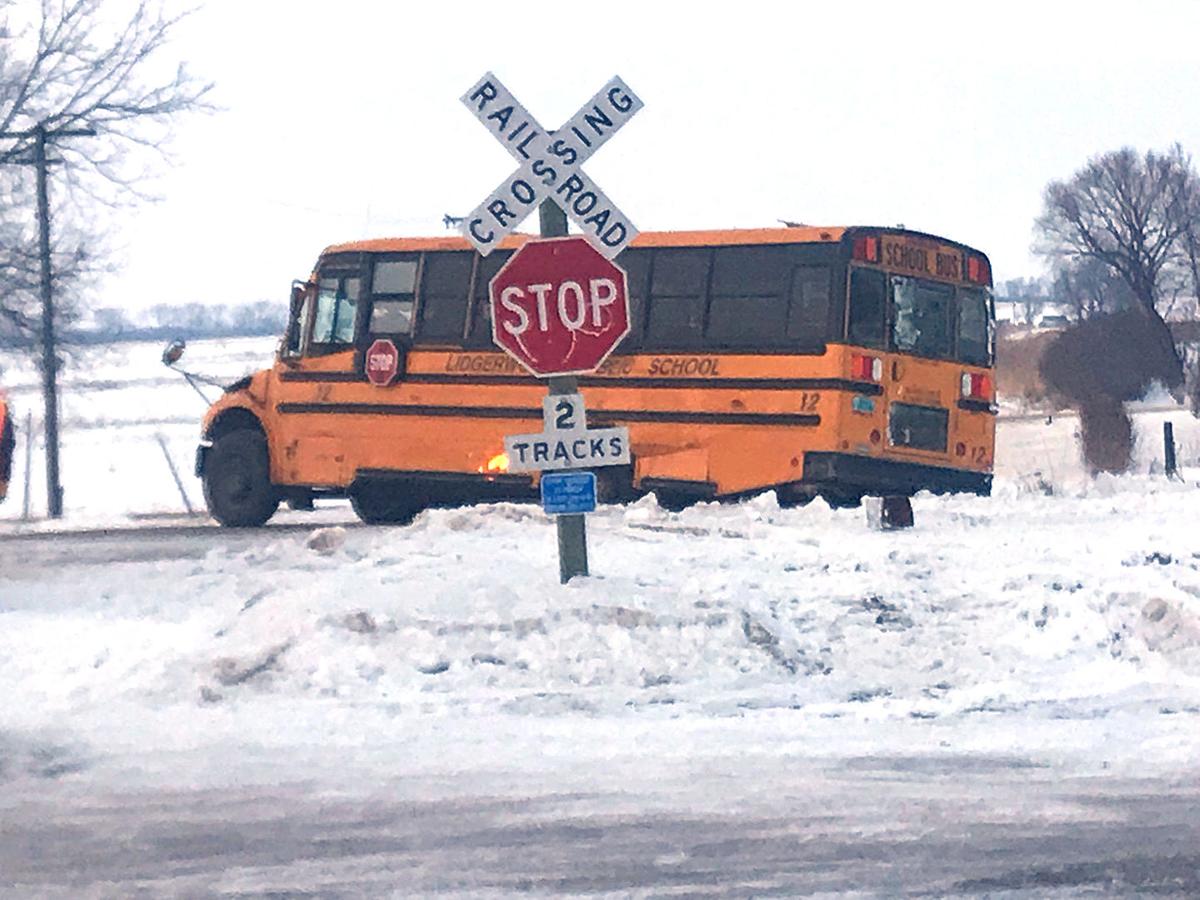 A school bus was struck by a slow-moving train Thursday, Dec. 19 in northeast Lidgerwood. There were 18 students and a 69-year-old male driver on the school bus at the time. Four injuries were reported, including to one student who had to be LifeFlighted with what are reportedly non-life threatening injuries.

A school bus was struck by a slow-moving train Thursday, Dec. 19 in northeast Lidgerwood. There were 18 students and a 69-year-old male driver on the school bus at the time. Four injuries were reported, including to one student who had to be LifeFlighted with what are reportedly non-life threatening injuries.

Less than 24 hours after a school bus was struck by a slow-moving train at Lidgerwood, North Dakota, school administrators were trying to create normalcy for children.

Local clergy and extra counselors were on hand Friday, Dec. 20 to talk to students. Lidgerwood Superintendent Mark Weston said teachers met before school to remind them to be alert for signs of trauma or injury.

“I’m so glad we have this day. Many of the students are here. One young man was just in the office, his arm in a sling. They could have been sitting at home, letting their mind race. This way we can help them through,” he said.

The public school bus was northbound on Fourth Avenue NE and was crossing two sets of Dakota Missouri Valley Western Railroad tracks, a release from the North Dakota Highway Patrol said. While crossing the tracks, the bus was struck at right angle by a DMVW train traveling eastbound at a slow speed.

The front of the train struck the driver's side of the school bus at the rear axle. The force of the collision caused the bus to rotate counter-clockwise and then roll onto its passenger side, Highway Patrol said.

Eighteen students, which is 10 percent of the small school’s student body, and the 69-year-old male bus driver were on board. Four students were injured, including one who was transported by LifeFlight to a Fargo hospital with what appears to be non-life threatening injuries, Weston said. Tests were being done Friday so the full extent of injuries are unknown, he said. Three students were transported by ambulance. One student later was transported to the hospital by their parents. They ranged in age from 6 to 15 years old.

The incident is under investigation by the North Dakota Highway Patrol, which indicated to Weston it will take about 10 days to two weeks to determine cause, he said.

More information is expected to be released Friday afternoon. Daily News will continue to follow this story.