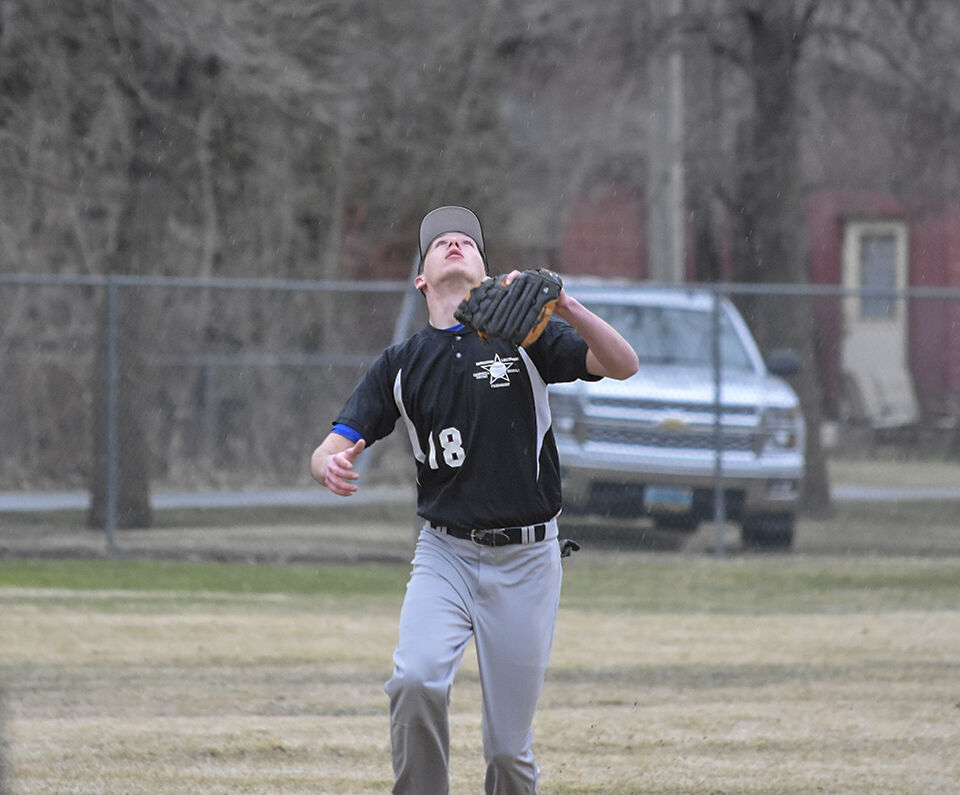 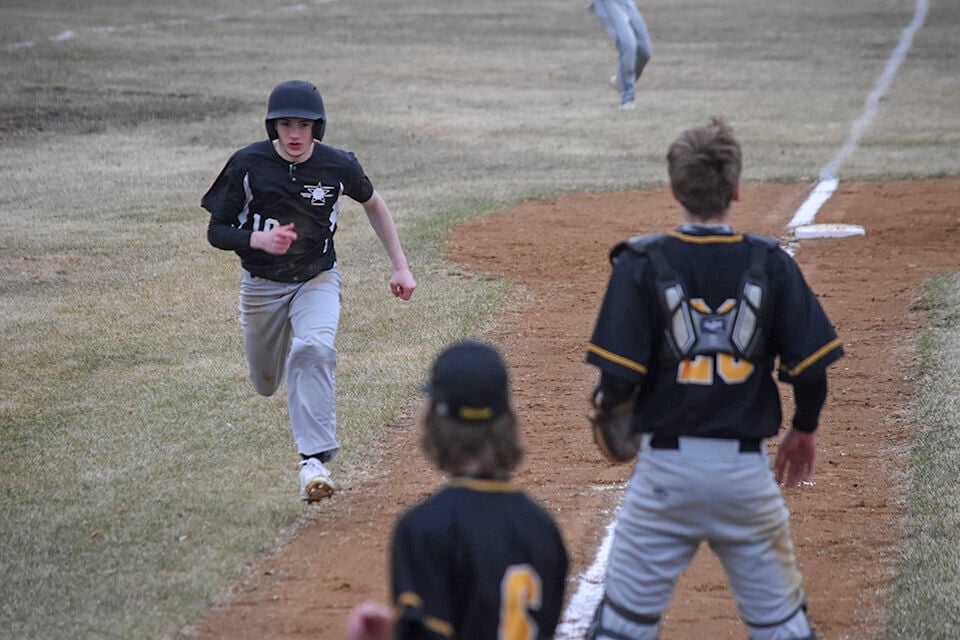 Matthew Heley rushes home, scoring the teams only run during the evening.

Matthew Heley rushes home, scoring the teams only run during the evening.

“The most glaring thing is we committed five errors and lost a 7-1 ball game. We didn’t give up an earned run, but defensively we’ve just got to get better. Also, we struck out 17 times, we need to improve there,” Head Coach Cameron Lenzen said.

HFCTRL was able to get on the scoreboard in the bottom of the sixth when Preston Bohnenstingl batted in Matthew Heley.

“He went one for three with that RBI so that was probably the shining moment as far as our offensive output went,” Lenzen said of Bohnenstingl.

The seventh inning concluded with no additional runs by either team.

“We had a tough time putting the ball in play to start the game, but by the fifth, sixth, seventh-inning we got some guys on base, those bats started to heat up. Hopefully, that’ll continue on now that we got the season going,” Lezen said.

“Kaden Kelley pitched well, pitched a good game. We’ve just got to make some plays behind him,” Lenzen said.

“It’s early in the year, the bats will come, they’ll warm up, no doubt about that. It was the first game,” Lenzen said.