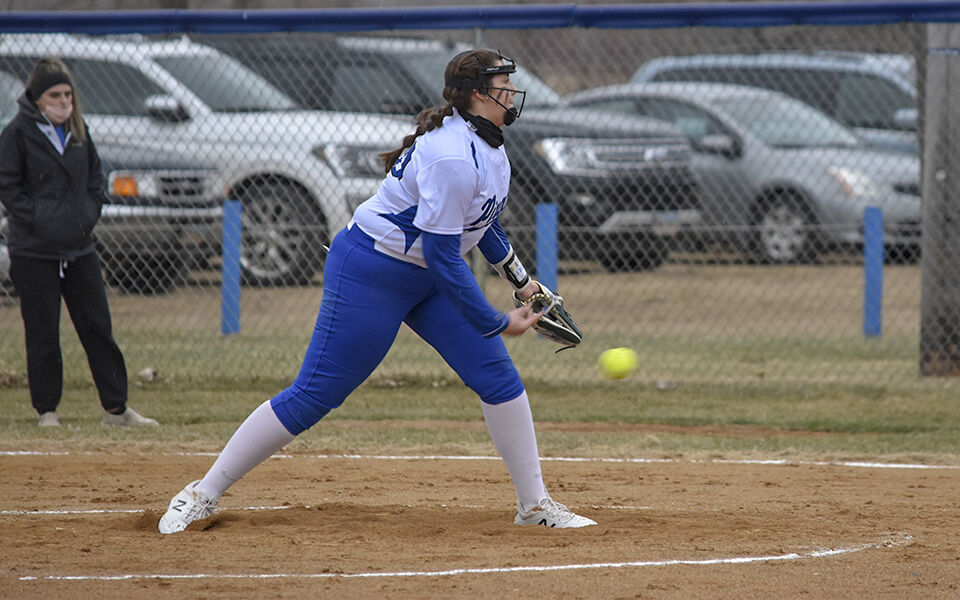 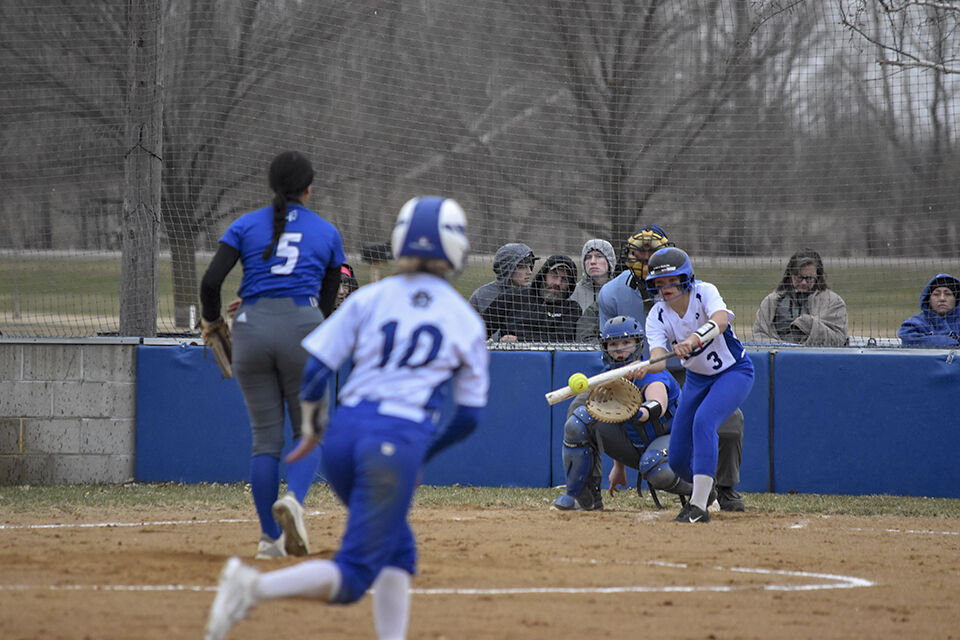 Savannah Falk lays down a bunt.

Savannah Falk lays down a bunt.

A little rain at the start of the season couldn’t stop the Pirates’ softball team from playing their season opener and pulling out the win against Hillsboro/Central Valley on April 6. The Pirates defeated Hillsboro/CV 14-11.

“It was your typical first game of the year. We had some ups and we had some downs. We made some mistakes, but that was a given. We have quite a few new players out on the field and trying to get everybody to play together,” Pirates Head Coach Mike Loll said.

Both teams got their first runs in the second inning, Hillsboro/CV batting in two runs and the Pirates batting in one.

Hillsboro/CV would add two runs in the third inning and four more runs in the fourth inning while the Pirates wouldn’t drive any runners home.

With an 8-1 lead over the Pirates, Hillsboro/CV would go scoreless in the fifth inning. The Pirates would respond by sending four runners across home plate and bringing the score to 8-5 in the bottom of the fifth inning.

At the top of the sixth inning, Hillsboro/CV secured two more runs. Not to be outdone, the Pirates' bats heated up and drove in nine runners bringing the score 14-10.

The Pirates would hold Hillsboro to just one run in the seventh inning, retiring the game and clutching the victory 14-11.

“In the long run, they never gave up and came back and ended up scoring nine runs in the bottom of the sixth, and winning. That was a good thing, a good way to start the season off,” Loll said.

Pirates’ pitcher Madison Steffens threw a total of 167 pitches, 96 strikes and 71 balls. Steffens wracked up a total of 11 strikeouts.

“She threw the complete game … she stuck with it,” Loll said of Steffens’ high pitch count.

The team sported a batting average of .182 over the night. Kya Mauch and Savannah Falk had the highest averages of the evening with .667 and 1.0, respectively.

Savannah Falk led the team in RBIs sending four runners home, followed by Kylee Falk and Hailey Arth with one RBI each.

“It’s been a couple years since they’ve been on the field really, and this is a new group. We’ve got some girls that have been starting four or five years already, and we’ve got some where last night was their first varsity experience. It’s going to be up and down,” Loll said.