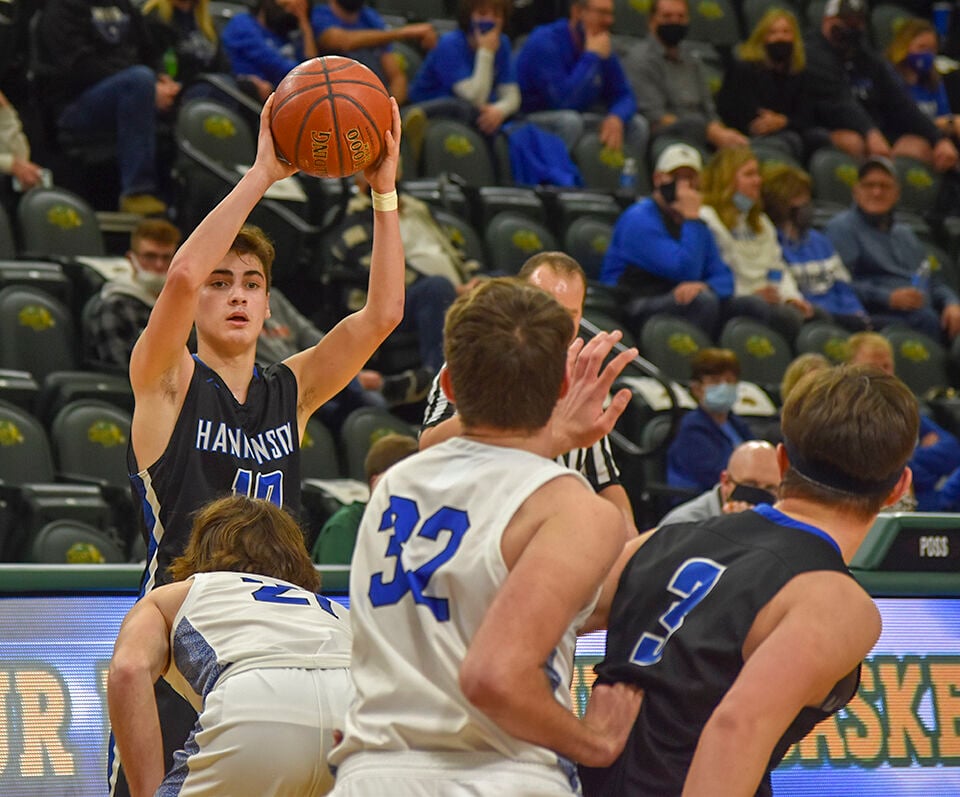 Cruz Hernandez looks for an open pass. Hernandez was one of the top scores for the Pirates. 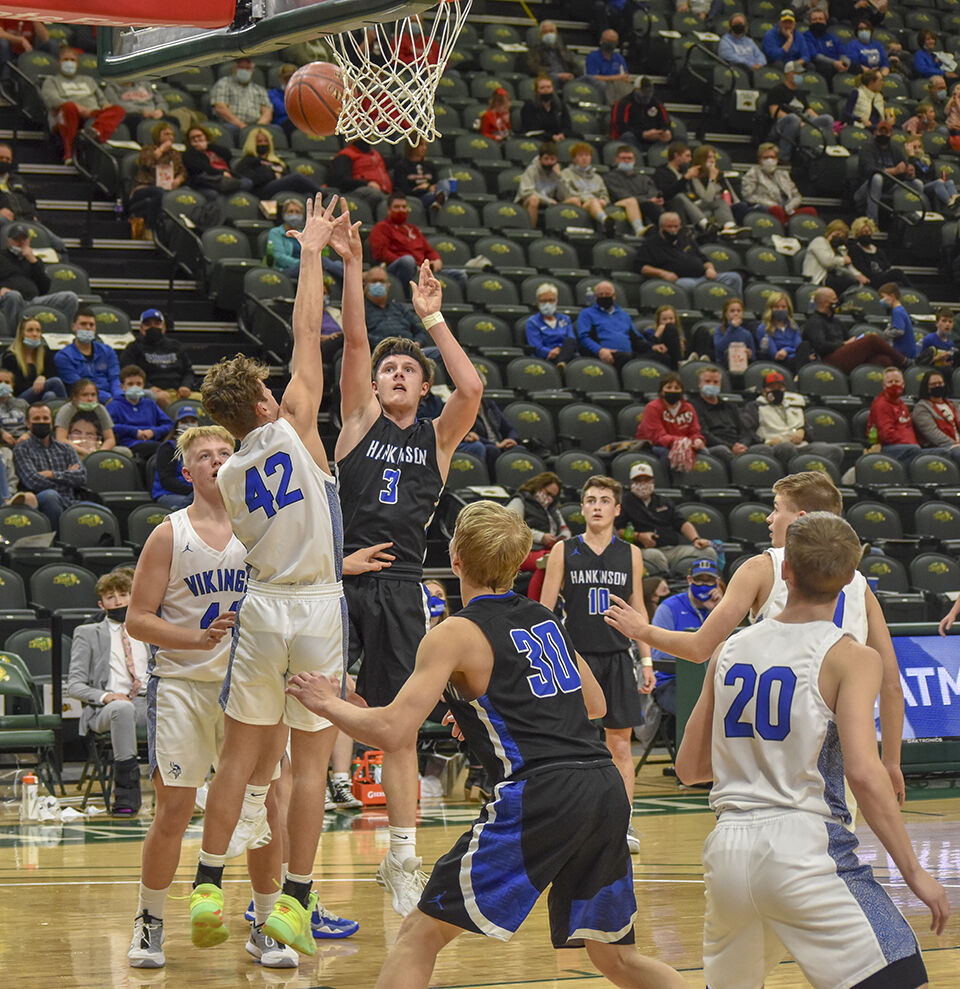 Dylan Peterson releases a shot as a Kindred defender attempts to block his shot.

Cruz Hernandez looks for an open pass. Hernandez was one of the top scores for the Pirates.

Dylan Peterson releases a shot as a Kindred defender attempts to block his shot.

The Hankinson Pirates were knocked out by the No. 2 Kindred Vikings 71-31 at the region one boys' basketball tournament Monday, March 8.

The Vikings started out hungry to score in the first quarter, putting up 17 points. The Pirates scored 6 points of their own to end the quarter with an 11-point deficit to the Vikings, 17-6.

Both the Pirates and the Vikings put up 14 points in the second quarter, finishing the first half 31-20, with Pirates still trailing by 11.

“We played a good game of catch up after Kindred’s fast start, so I was really pleased with their effort. After halftime, it was over quickly,” Hankinson Head Coach Mike Gaukler said.

The Viking’s third quarter lead proved uncatchable for the Pirates. The Vikings offense once again secured another 17 points while their defense was able to hold Hankinson scoreless in the last quarter ending the game 71-31.

"This is a very good Kindred team. Expectations were not very high, but the boys hung in there and never gave up,” Gaukler said.

The top scorers for the Pirates were Austin Bladow with 20 points, Cruz Hernandez with 6 points and Cody Meyer with 3 points.

The loss marked the end of the Pirates season, who defeated the Wyndmere-Lidgerwood Warbirds last week to advance to the quarterfinals of the region one boys' basketball tournament.

“The season was enjoyable from a coaching perspective. I was able to watch the boys mature as basketball players,” Gaukler said.

The Pirates finished the season No. 10 in region one with a 2-9 record in the region and 5-14 overall.

“Wins and losses tell a little of the story; it is the culmination of all the practices and the games and the skill development that I actually admire. We would have liked to have finished on a stronger note, but our goal was to make it to the Shack,” Gaukler said.

In the offseason, Gaukler said the team will have a number of camps and skill sessions to hone their skills for next season, in particular, shooting and strength.

“I anticipate a more mature team for next season. We return so many key players; mix in a number of young and eager players; you have the makings of a team. Much work will need to be done and many individual goals will need to be attained. We will once again try to get to the tourney, but with a winning record. With work, all is possible,” he said.