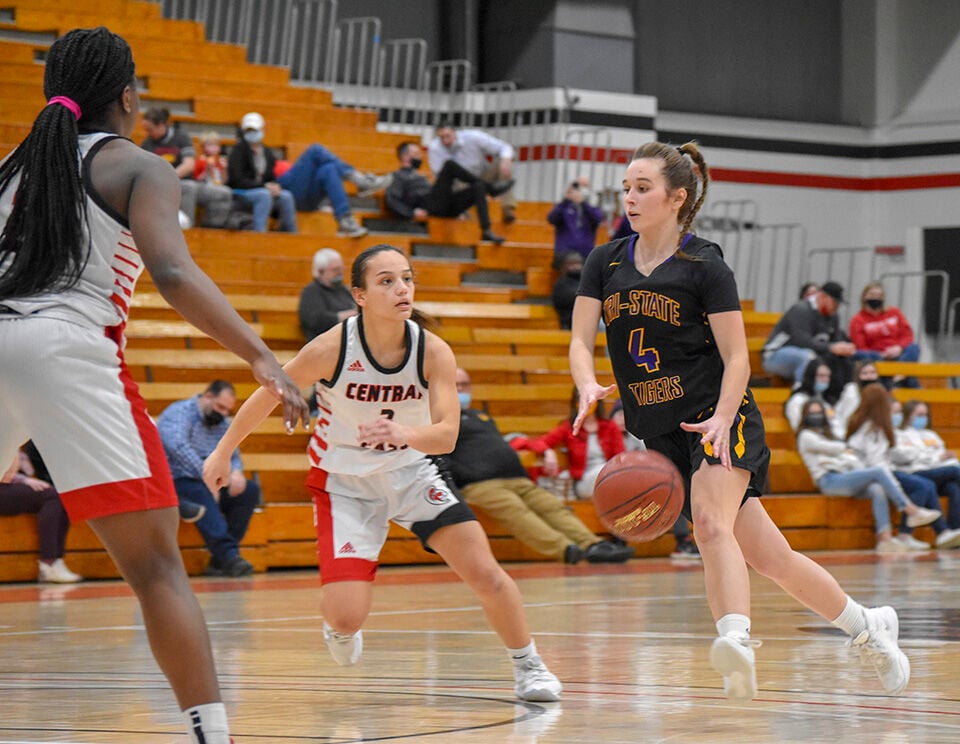 Kya Navratil dribbles toward the basket. 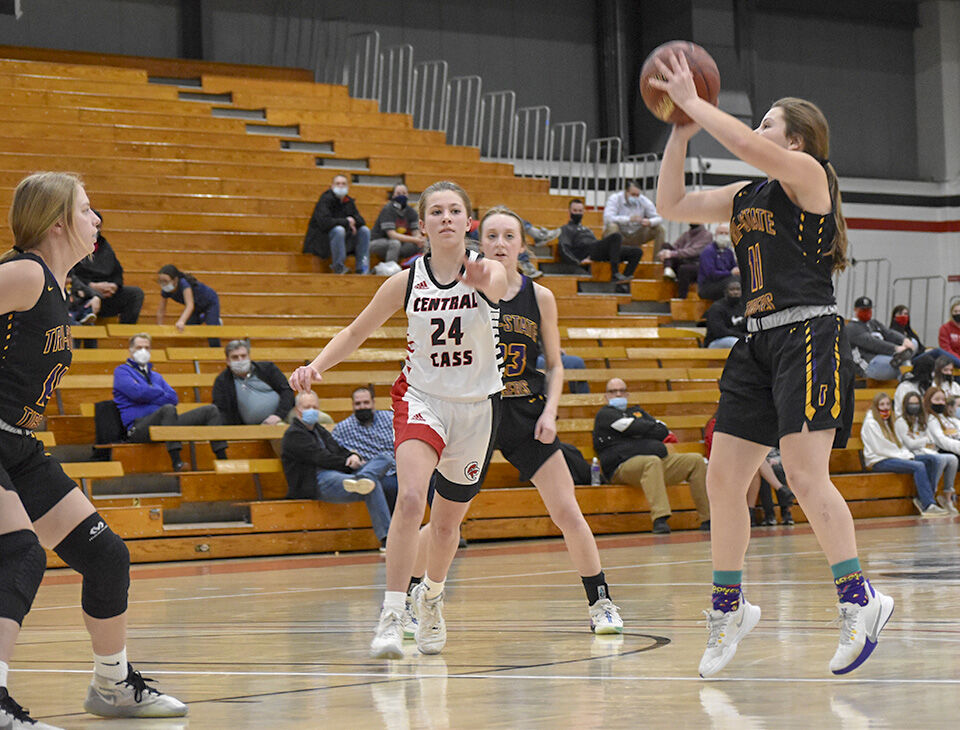 Hannah Leverson releases a shot as a Central Cass defender moves toward her.

Kya Navratil dribbles toward the basket.

Hannah Leverson releases a shot as a Central Cass defender moves toward her.

The Tri-State Tigers lost to the Central Cass Squirrels 65-33 at the region one girls basketball tournament. The Squirrels are the number one team in region one with an overall record of 20-1 and undefeated in region one, 11-0.

“Half court defense, I thought we did OK. I was OK with that. They’re just physically stronger than us and they just overpowered us because if they missed their shot they just shoved us out of the way, got the rebound and put it back in. It was a hard fought game,” Tigers’ Head Coach Brenda Dalhgren said.

The Squirrels showcased their strength early in the game, climbing to the top of the scoreboard and securing a 13 point lead over the Tigers, 19-6. Turnovers played a heavy role in allowing the Squirrels to bolster an early lead, Dalhgren said.

“We had way too many turnovers. We have to take care of the ball better and that really hurt us, especially right at the beginning of the game. I think we had four turnovers before we had a point,” she said.

The Tigers found a rhythm in the second quarter and were able to pick up more points, putting up 11. The Squirrels marched onward though and put up an additional 17 points, ending the second half of the game 36-17.

The Squirrels' lead proved to be insurmountable and finished the game 65-33. The loss marked the end of the Tigers’ season.

Top scorers for the Tigers were Mary Rupp with eight points and Hannah Leverson and Shali Laurence with six points each.

“It was a difficult season, we had a lot of adversity and like I said, we didn’t have our Minnesota player until mid-January … I thought through all the adversity they kept fighting back and they just did everything they could to make themselves better, and I think it will pay off in the end,” Dahlgren said.

In the offseason, Dahlgren said the team is going to focus on getting more time on the court and on their posts.

“We have to secure our inside game. Right now I’ve got capable guards, but I need more posts that can rebound …” she said.

The Tigers finished the season 4-7 in region one and 9-12 overall.